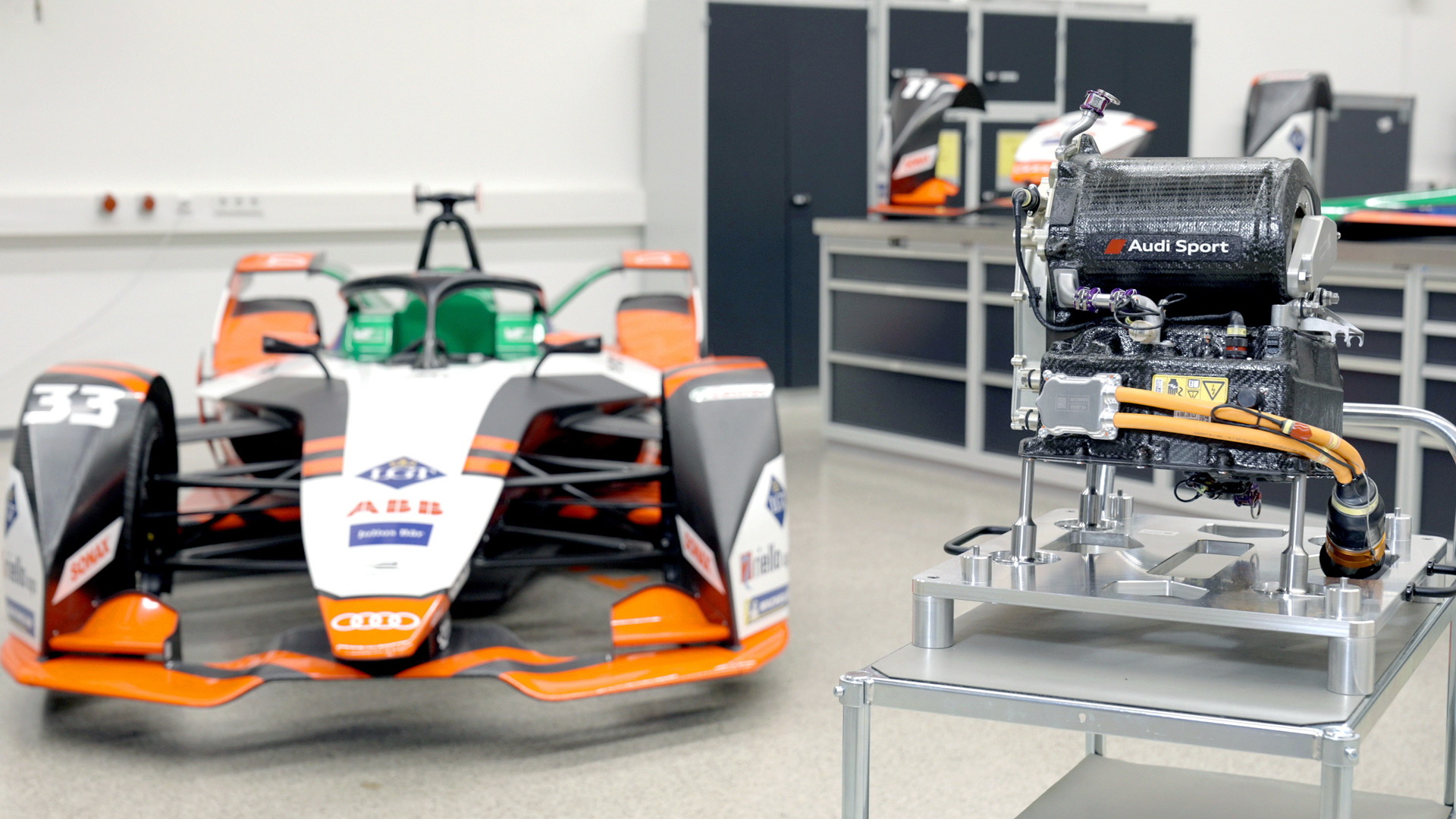 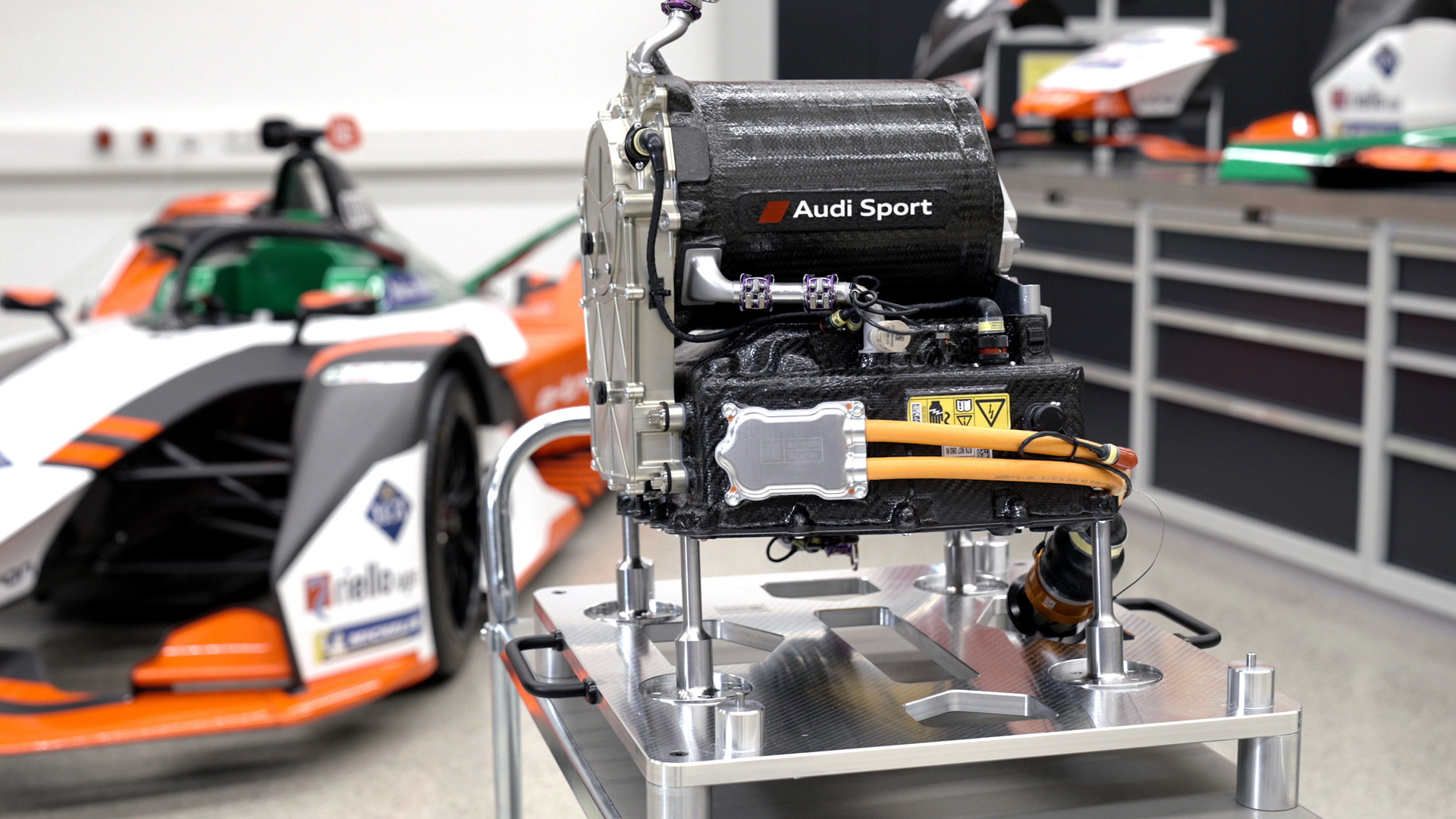 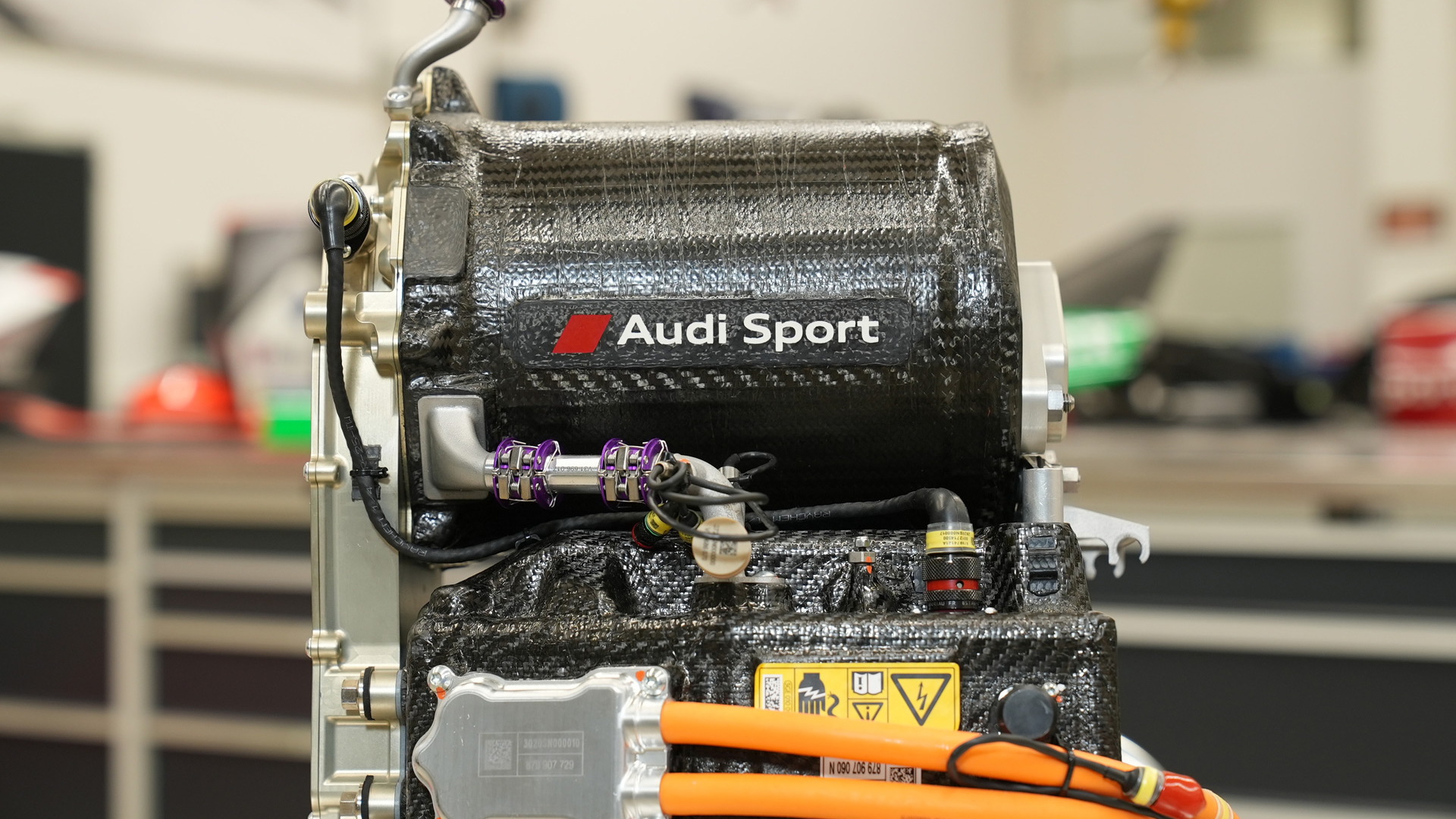 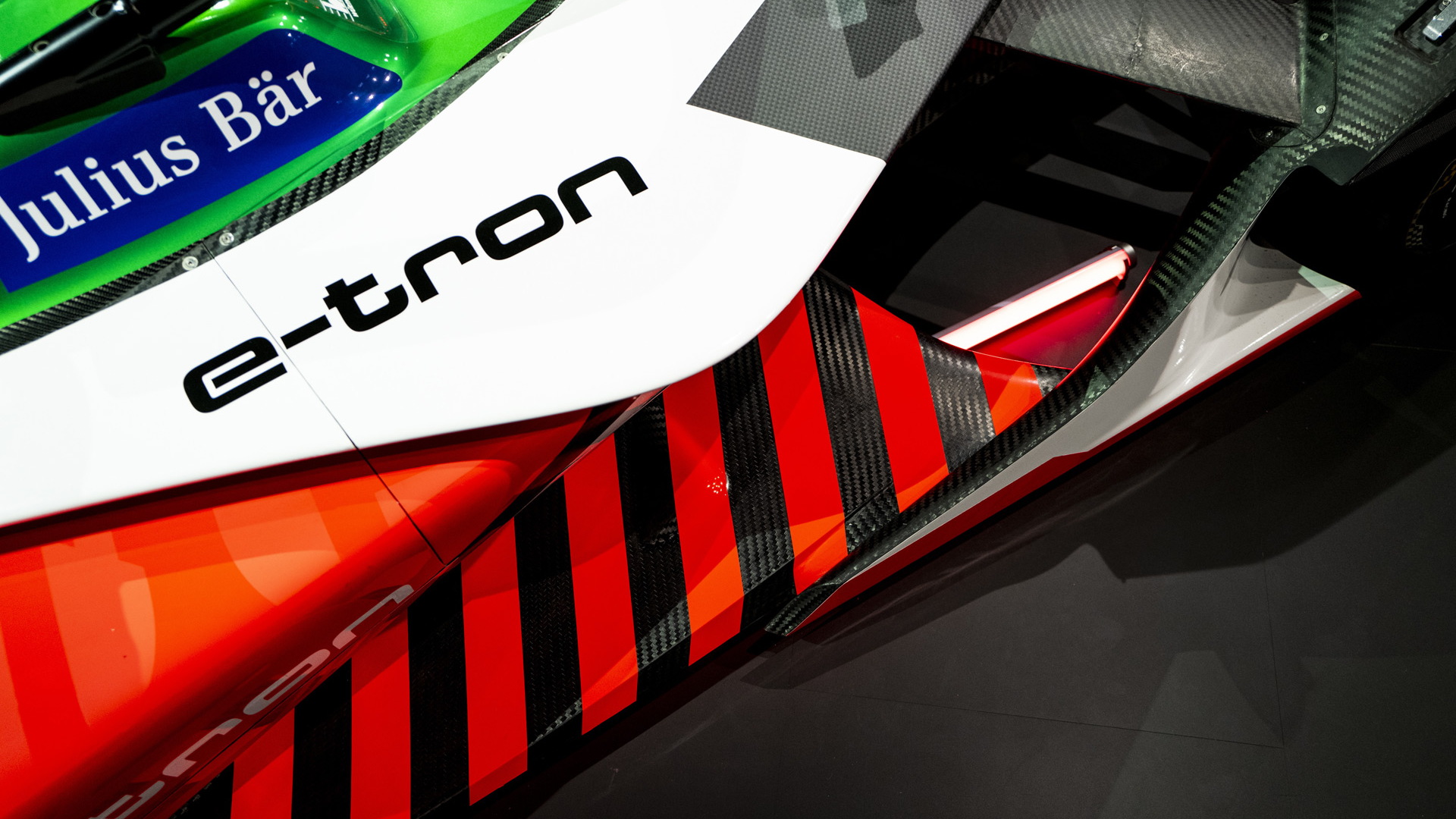 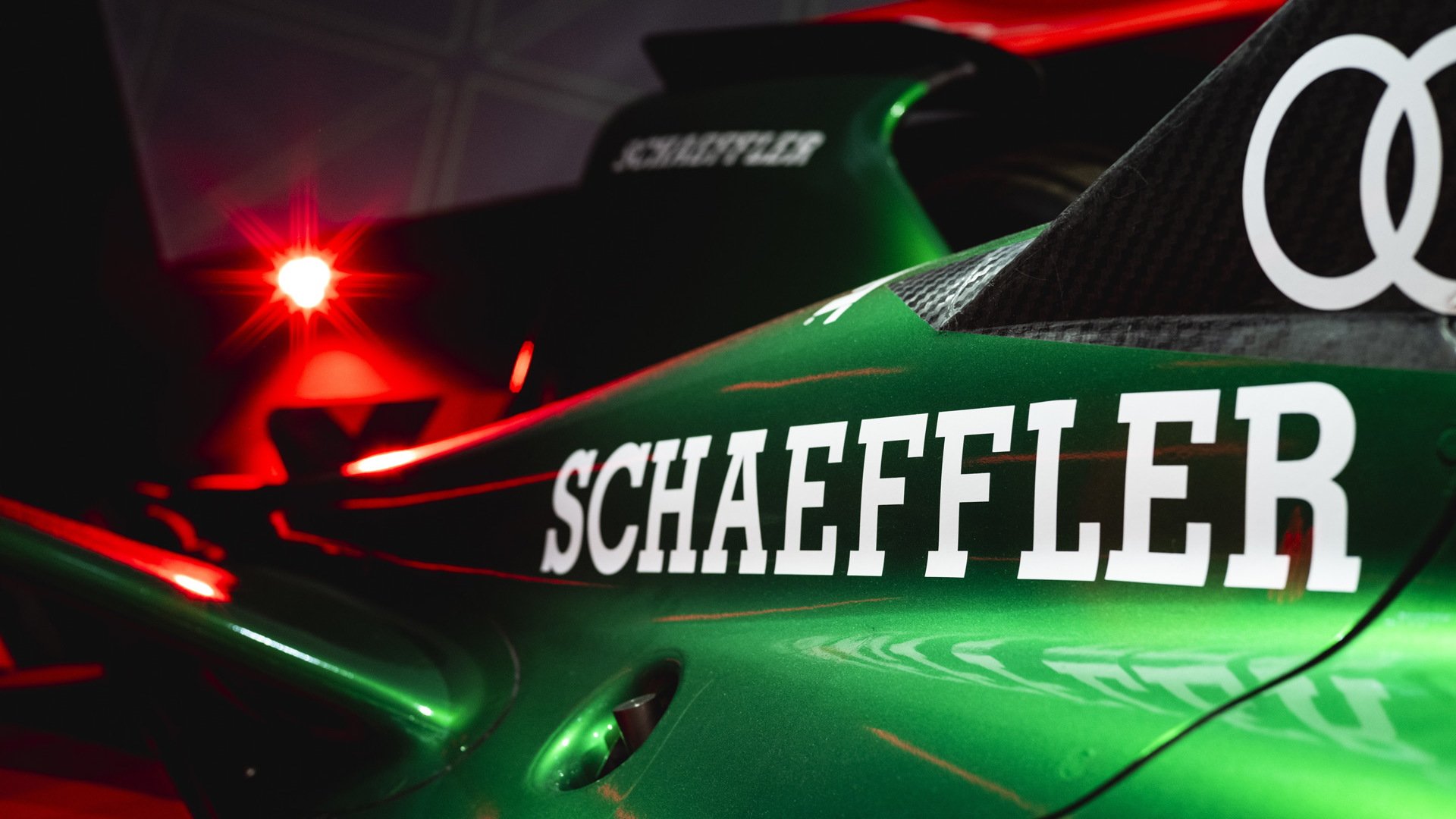 As with previous seasons of the fully electric open-wheel race series, Audi's latest race car, the E-Tron FE07, is based on a common chassis, but it will use an in-house developed electric drive system for the first time.

The electric drive system is known as the Audi MGU05 and consists of an electric motor-generator mated to a single-speed transmission. It features an internal rotor concept, external magnets, a highly efficient cooling system and six electrical phases, according to Audi. It also weighs less than 77 pounds, which is impressive considering it will deliver a maximum 335 horsepower.

Performance estimates for the Audi E-Tron FE07 include a 0-62 mph acceleration time of 2.8 seconds and a top speed of around 150 mph. The whole drive unit has an efficiency rating of 95% and the efficiency of the motor-generator alone is 97%, according to Audi.

The common chassis used by teams is the Gen2 Evo from French constructor Spark Racing Technology. It was unveiled in February and will be used for the 2020/2021 and 2021/2022 seasons of Formula E, the sport's seventh and eighth seasons. A redesigned Gen3 chassis will be introduced for the 2022/2023 season.

Also common to teams this season is the battery, in this case a 54-kilowatt-hour unit sourced from McLaren.

The 2020/2021 season was originally due to start in November but was delayed due to the Covid-19 coronavirus pandemic. The first round will now start in Chile in January 2021, and for the first time the season will be officially recognized as a world championship by the FIA.

Driving for Audi in the new season will be Lucas di Grassi and Rene Rast. They hit the track in the E-Tron FE07 for the first time during an official test session in Valencia, Spain, on Saturday.