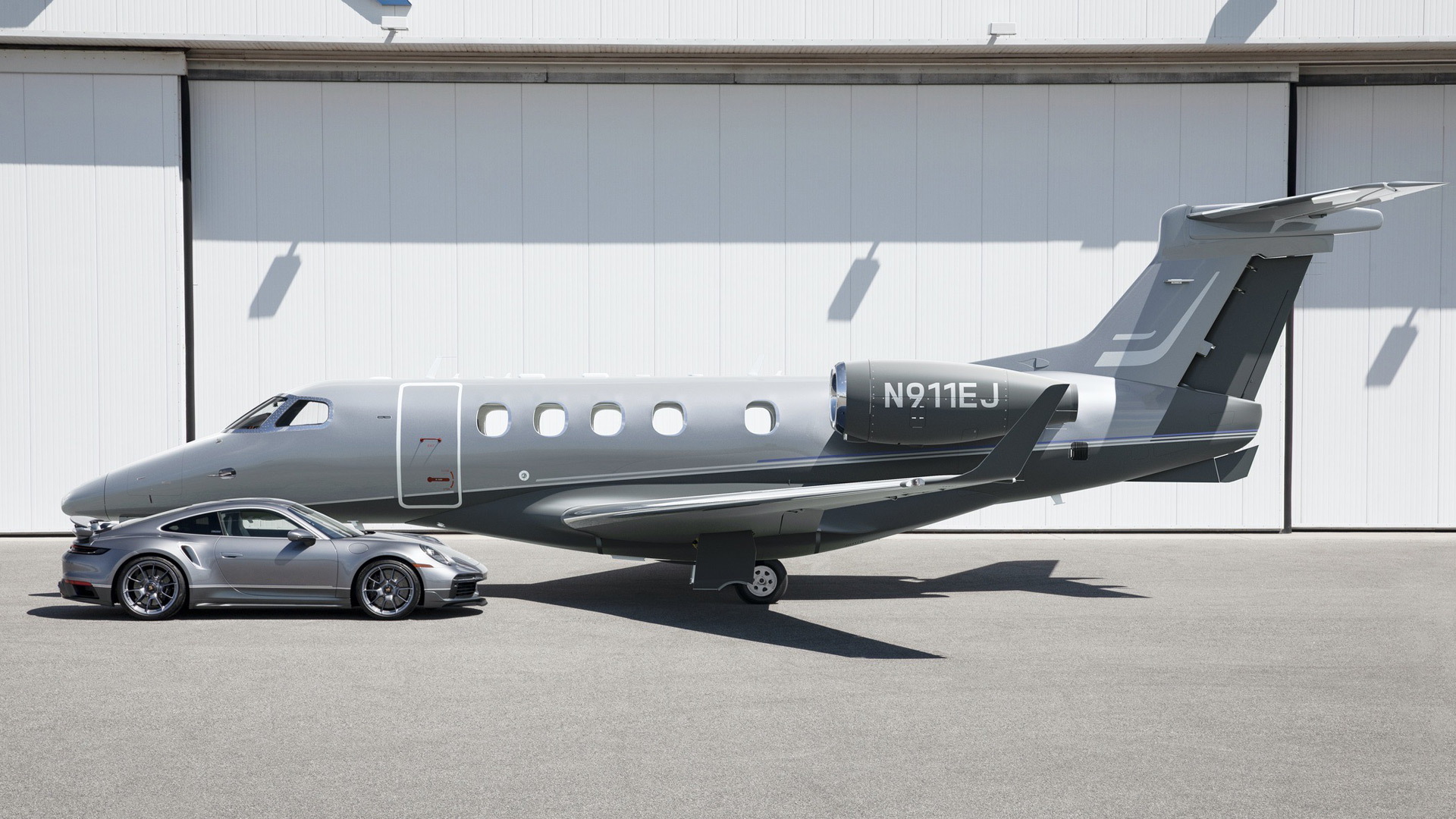 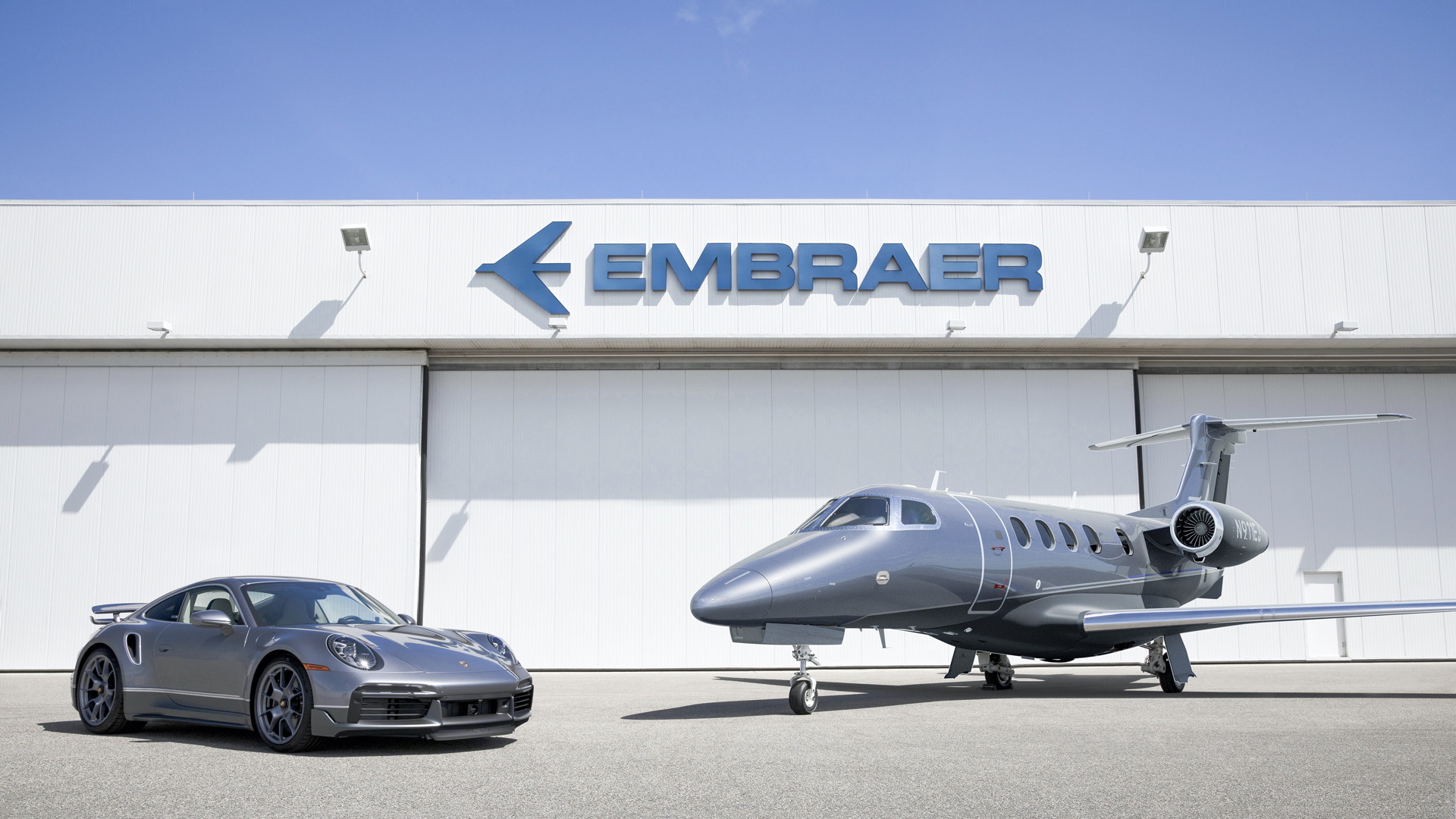 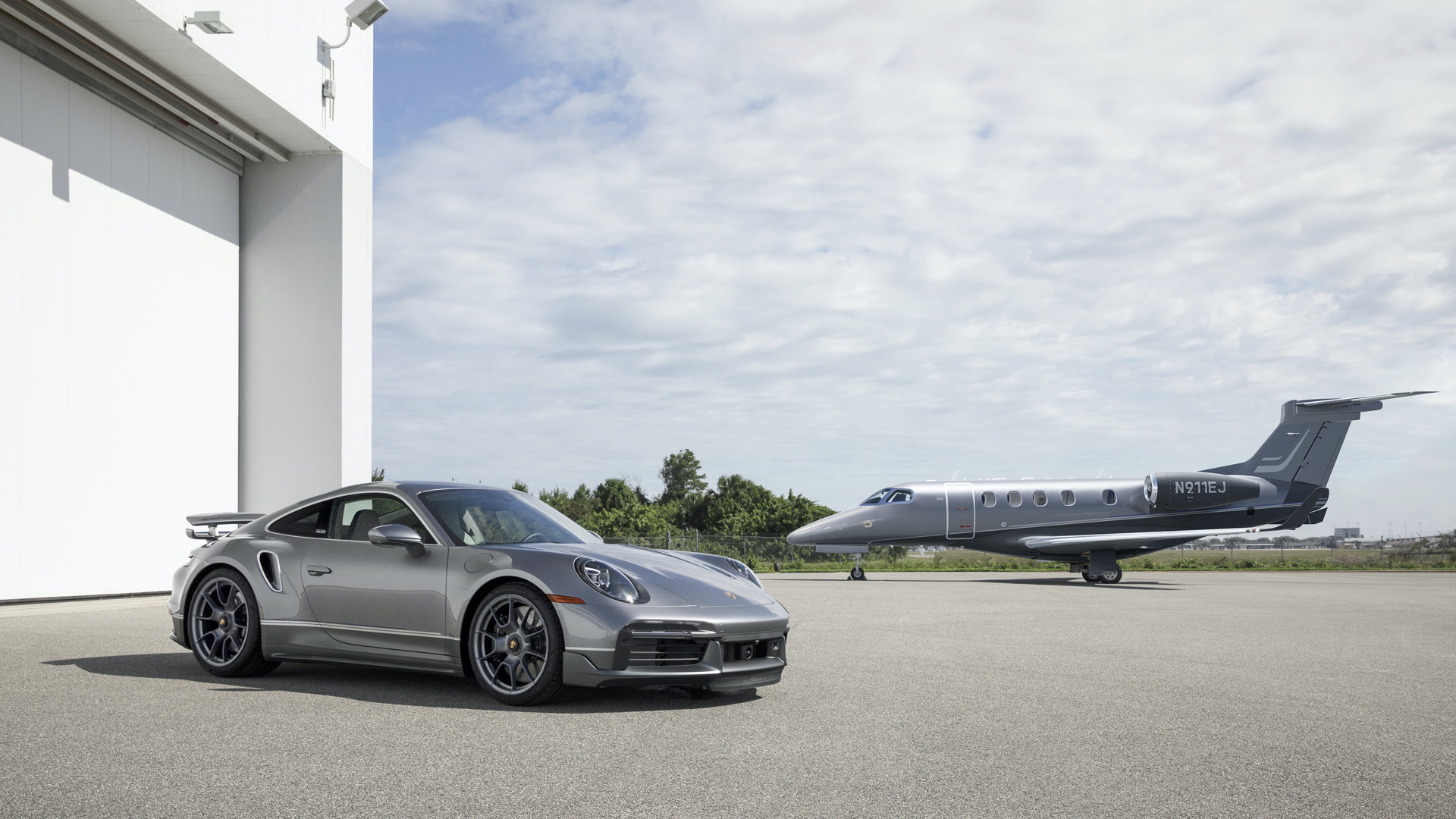 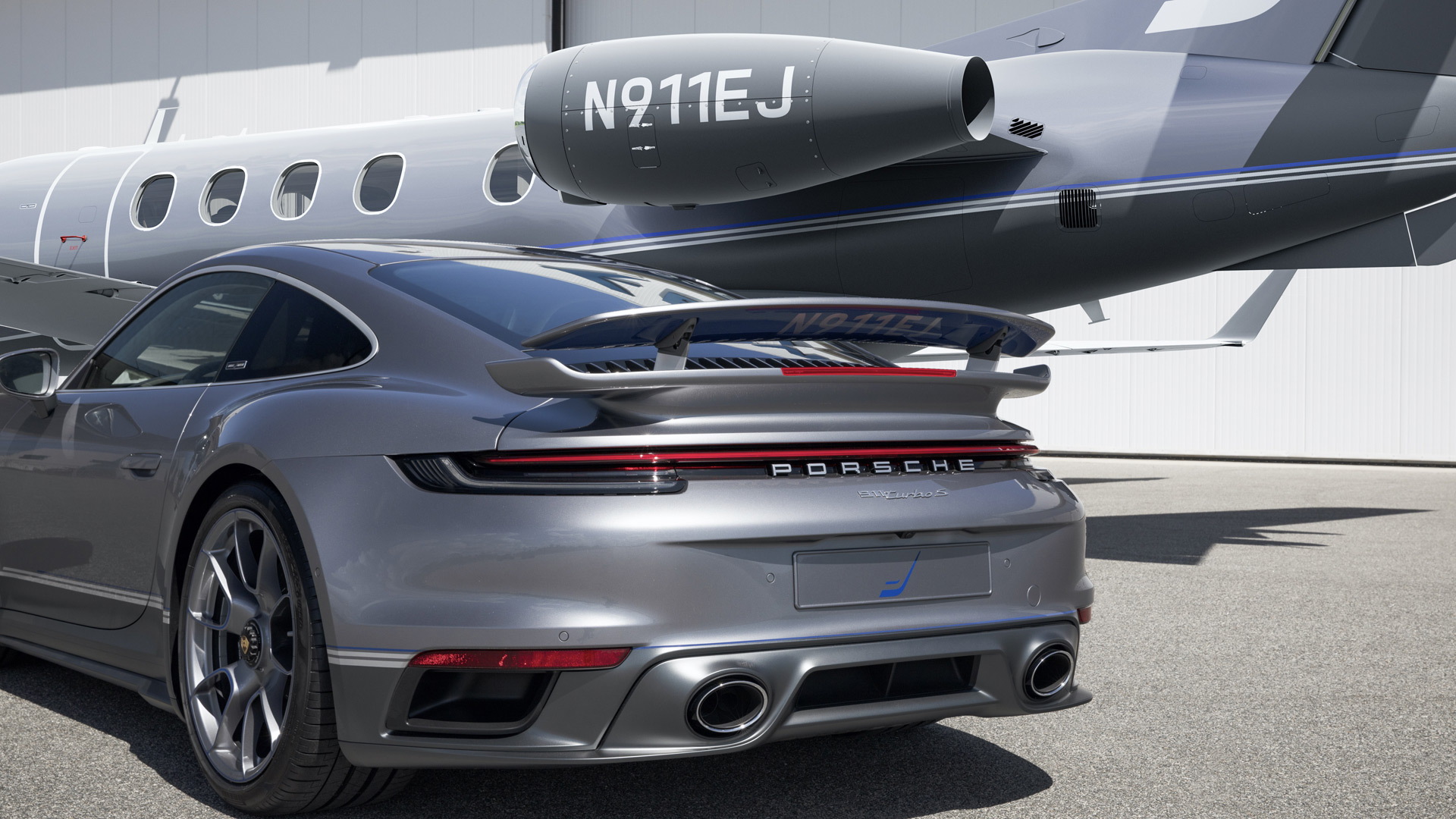 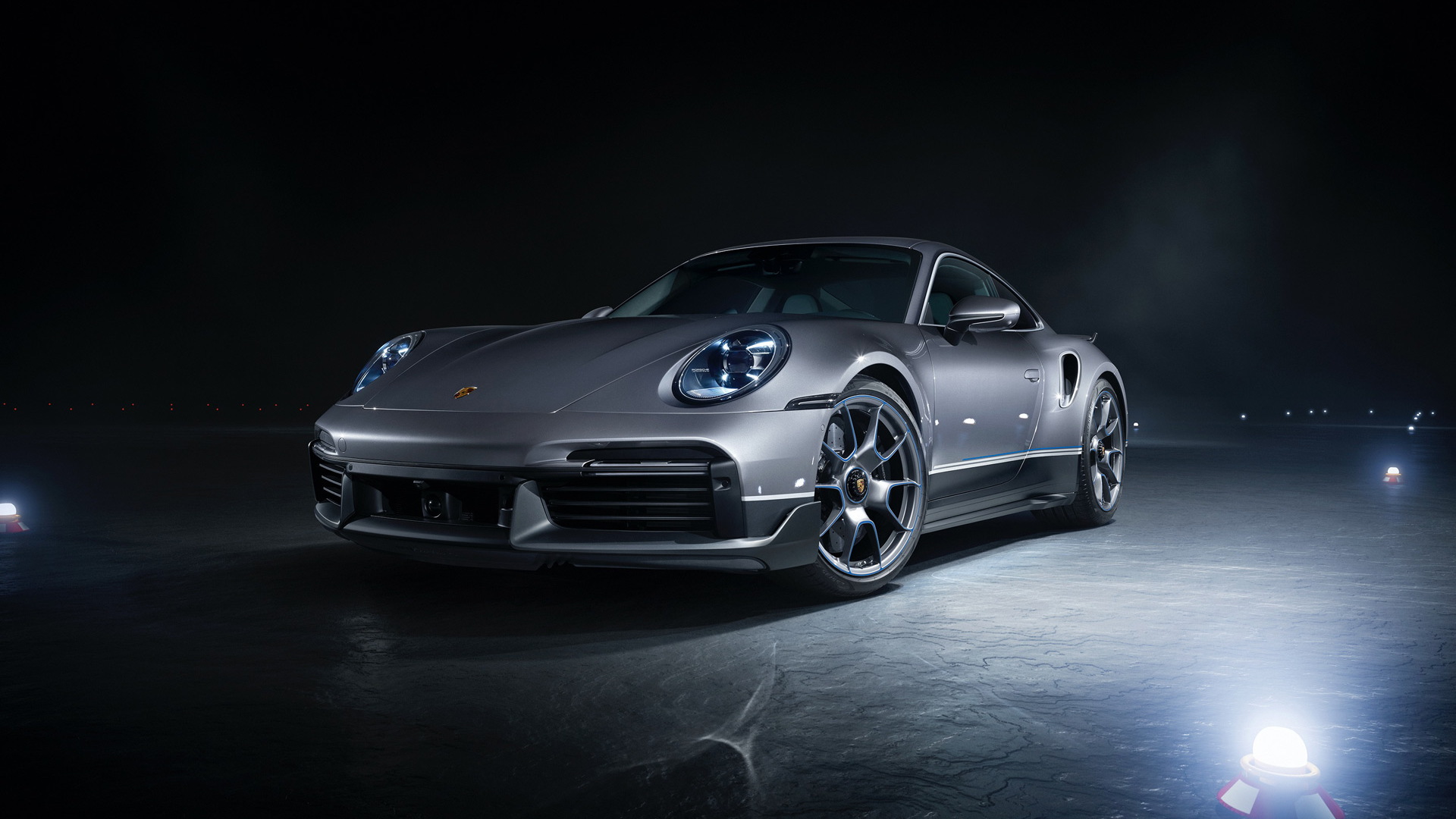 Porsche's Exclusive Manufaktur personalization department is back with another special edition, only this one is a little more exclusive than most.

Only 10 of them are destined for production, and if you'd like to own one you'll also need to purchase a matching Embraer Phenom 300E, a private jet that starts at about $10 million.

The special edition, known as the Duet, is based on the 2021 Porsche 911 Turbo S which has been fitted with a number of styling cues to link it to its matching Phenom 300E jet.

This starts with the two-tone paint finish, in this case Platinum Silver Metallic together with Jet Gray Metallic. A trim strip with lines in Brilliant Chrome and Speed Blue runs over the sides and doors, with all of the paintwork—for the car and jet—carried out by hand.

A custom logo, inspired by the wing of the Phenom 300E, also features on both, while the Porsche's door sills feature “No step” lettering illuminated in red. One of the coolest touches is the individual registration of the matching jet, which can be found on the Porsche's rear wing and key.

The interior of the Porsche features leather trim in a combination of black and chalk. The steering wheel also features the two-tone leather combination, along with 12 o’clock marking in blue, and the Sport Chrono's dial features the image of the horizon to simulate the gyroscope in the jet's cockpit. Buyers also receive a matching luggage set and watch. The latter is a custom version of the 1919 UTC Globetimer from Porsche Design, which has the ability to switch time zones at the push of a button—with no loss of minutes and seconds.

Like all 2021 911 Turbo S models, the Duet version is powered by a 3.8-liter twin-turbocharged flat-6 that spits out 640 horsepower and 590 pound-feet of torque. The engine is mated to an 8-speed dual-clutch transmission and powers all four wheels. Porsche quotes a 0-60 mph time of 2.6 seconds, a quarter-mile time of 10.5 seconds, and a top speed of 205 mph, though these figures are known to be conservative.

As for the Embraer, owners can expect a range of about 2,000 nautical miles and an altitude of 45,000 feet.