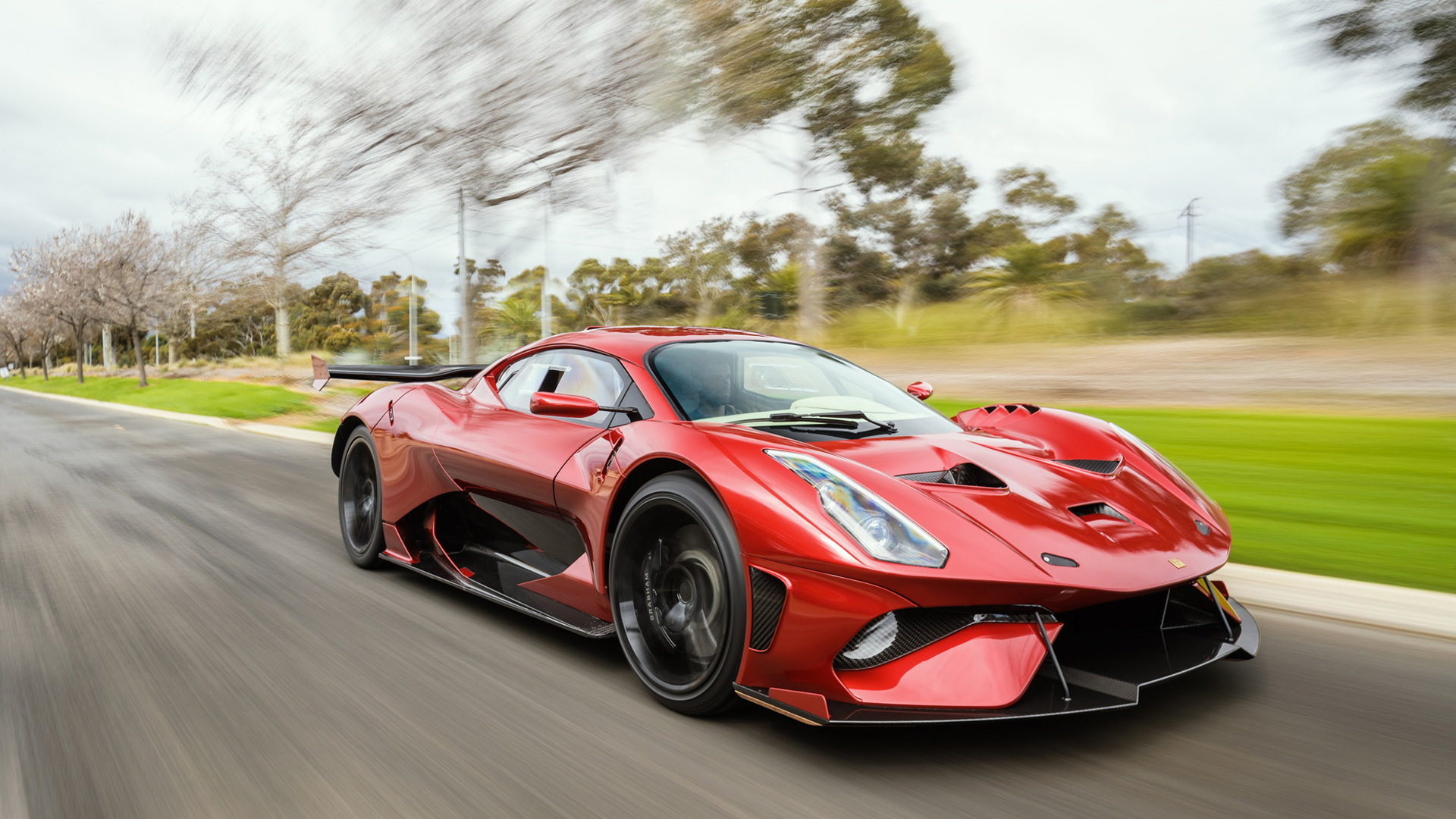 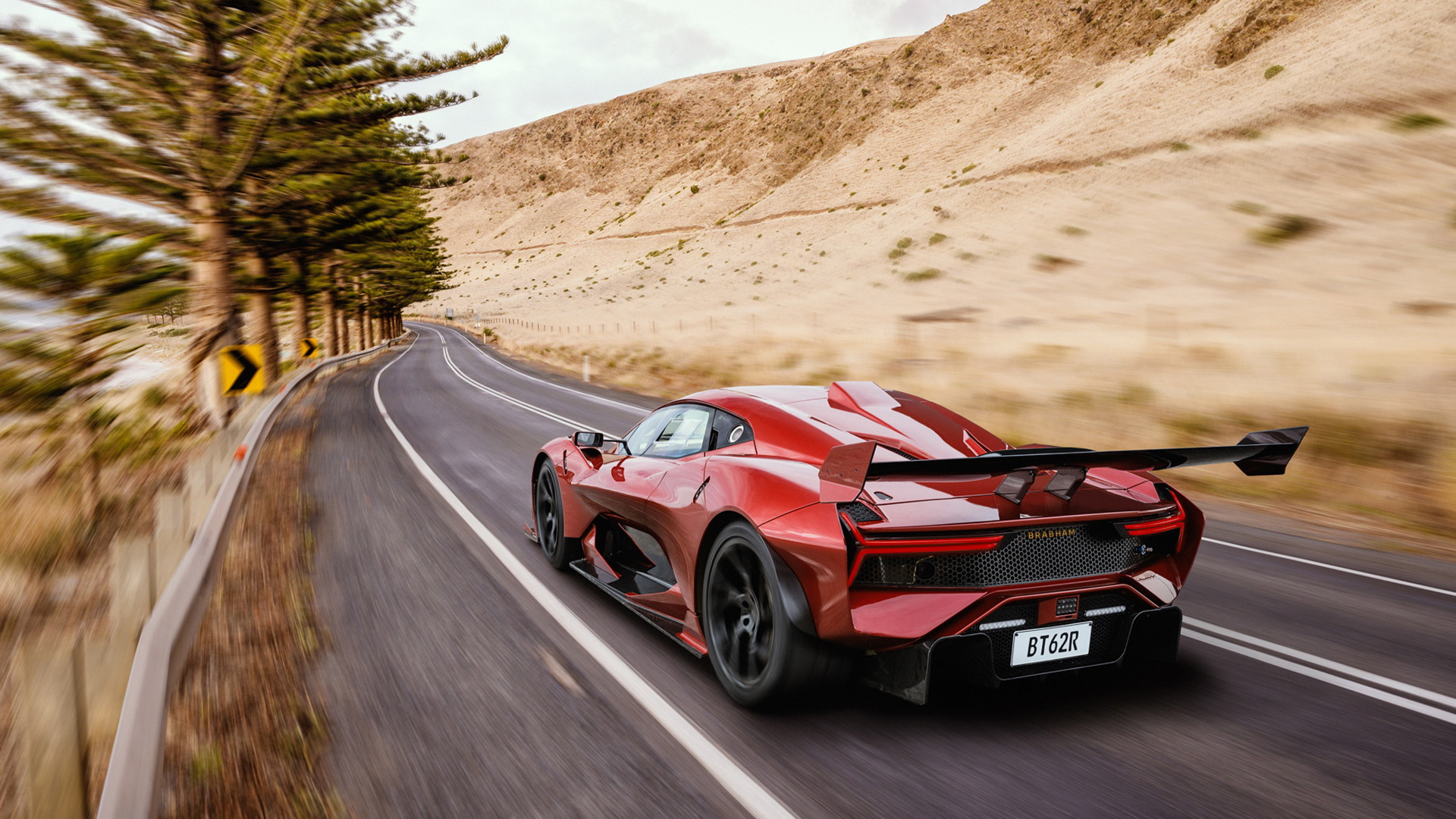 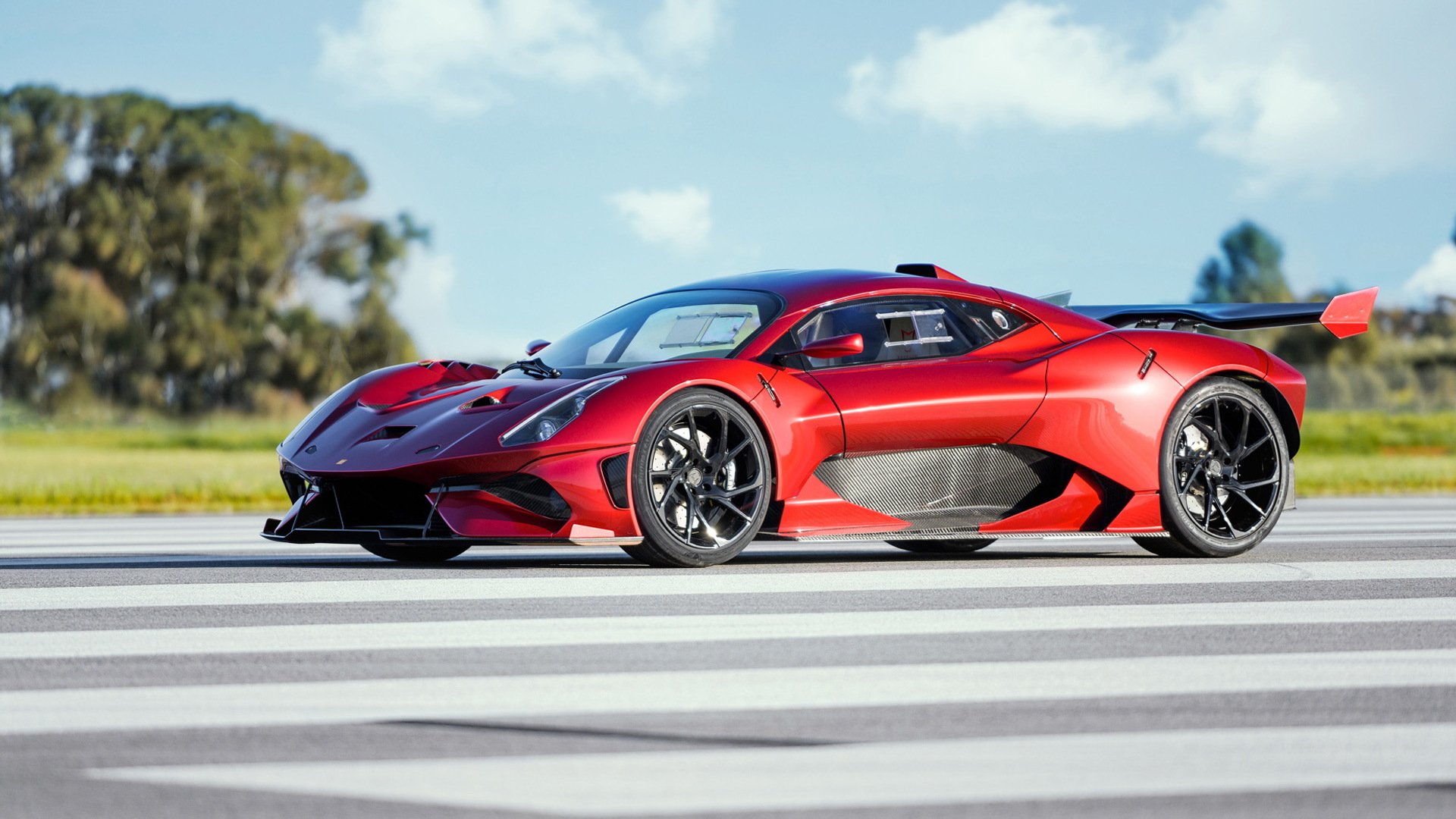 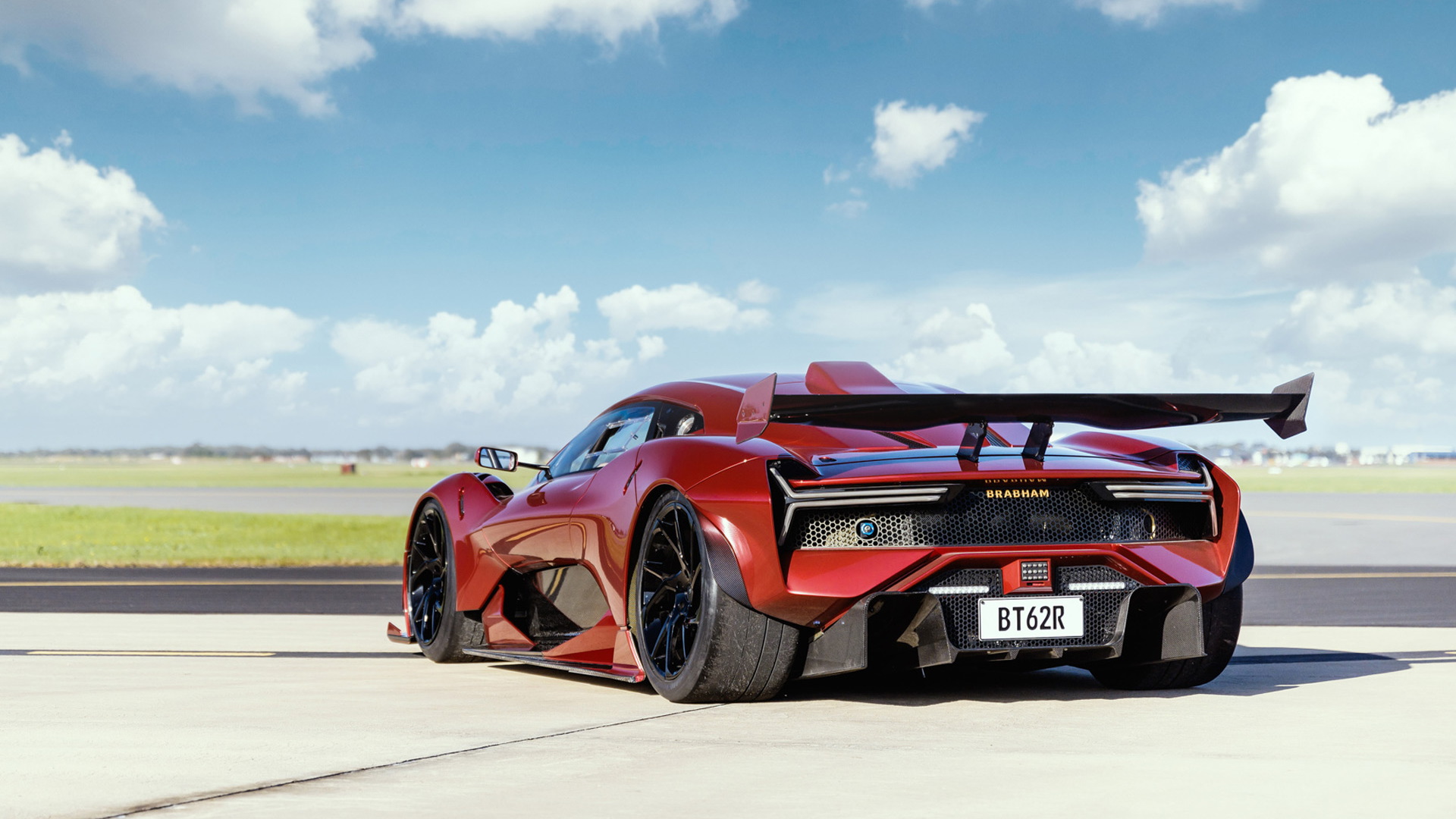 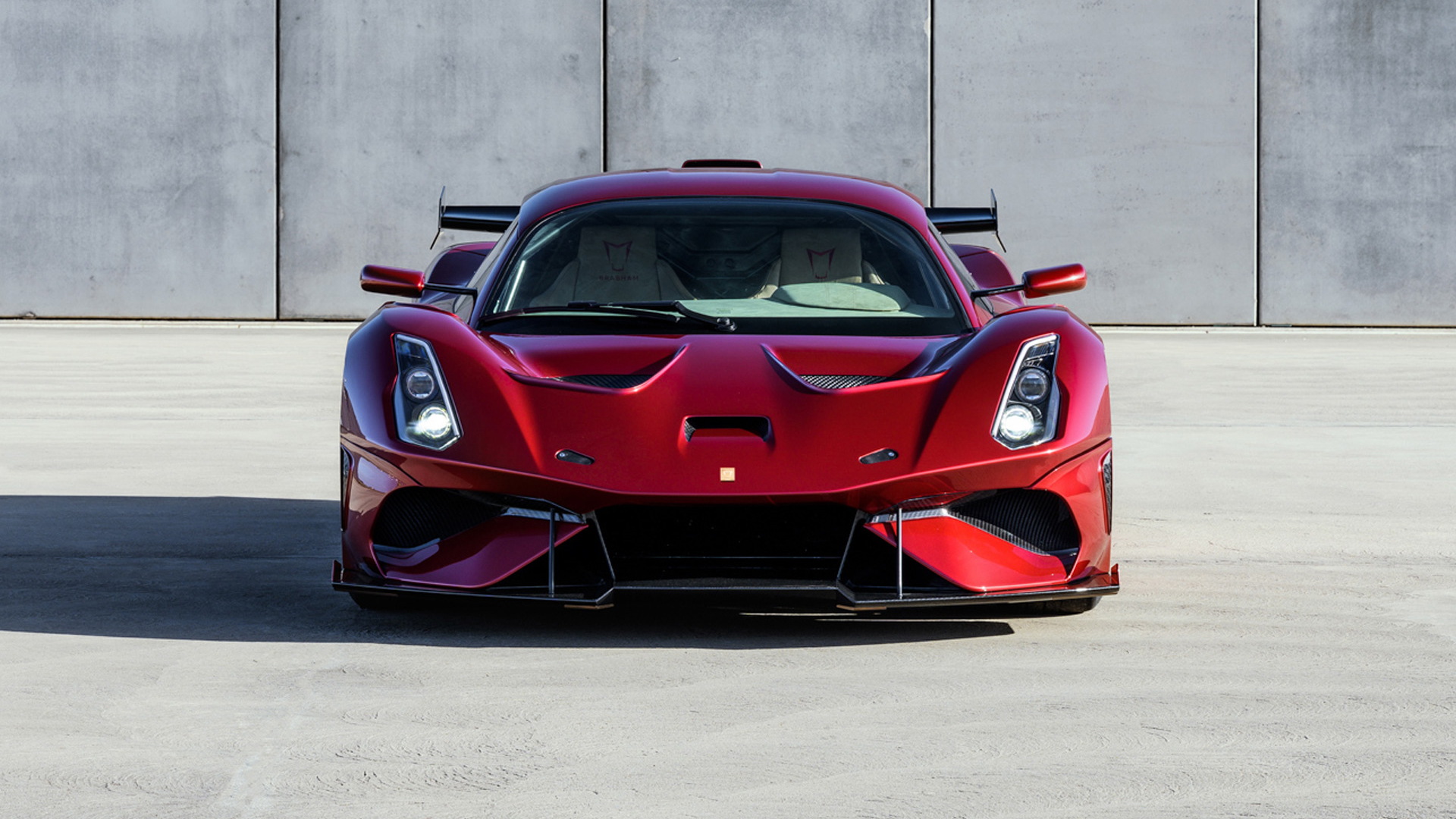 Brabham on Thursday unveiled a new road-going version of its BT62 supercar, the BT62R.

The new model joins the BT62 Ultimate Track Car and BT62 Competition in production since May.

The BT62 Ultimate Track Car is an all-out track car without any homologation, making it the most extreme version. The BT62 Competition is a stripped-out version that can easily be modified to meet homologation rules for a number of race series.

Brabham also offers a road car conversion package for owners of the BT62 Ultimate Track Car and BT62 Competition, should they want to make their cars street-legal.

The BT62R is the most expensive model in the family, starting at 1.25 million British pounds (approximately $1.65 million). The BT62 Ultimate Track Car and BT62 Competition start at 1 million and 750,000 British pounds, respectively.

Some of the extra cost is associated with the luxury amenities fitted inside, including the choice of leather or Alcantara trim, or a mixture of the two. There's also creature comforts such as climate control, noise insulation, and the option of a premium sound system.

There are also numerous mods that were required to make the BT62 street-legal. In addition to things like indicators and side mirrors, there's also a rearview camera, a slightly smaller front splitter and rear diffuser, a quieter exhaust system, and a suspension with variable heights (four options ranging from 70 to 130 millimeters) for driving on the road or track. The chosen tires are a set of Goodyear Eagle F1 SuperSports.

Apart from the exhaust system, the BT62R's powertrain remains mostly unchanged from other versions. Sitting behind the cabin is a 5.4-liter V-8 that develops 700 horsepower and 492 pound-feet of torque. It's still mated to a 6-speed sequential transmission, though the engine's mapping has been tweaked for road use and the transmission's gear ratios also made more suitable for road use. The paddle-shifted transmission provides instant, clutch-free changes on track, but also has a traditional clutch for smoother operation on the roads.

Brabham will build just 70 examples of the BT62 all up. The company is working on a follow-up, though. It's being developed with road use in mind, and the first details will be announced in the coming months.