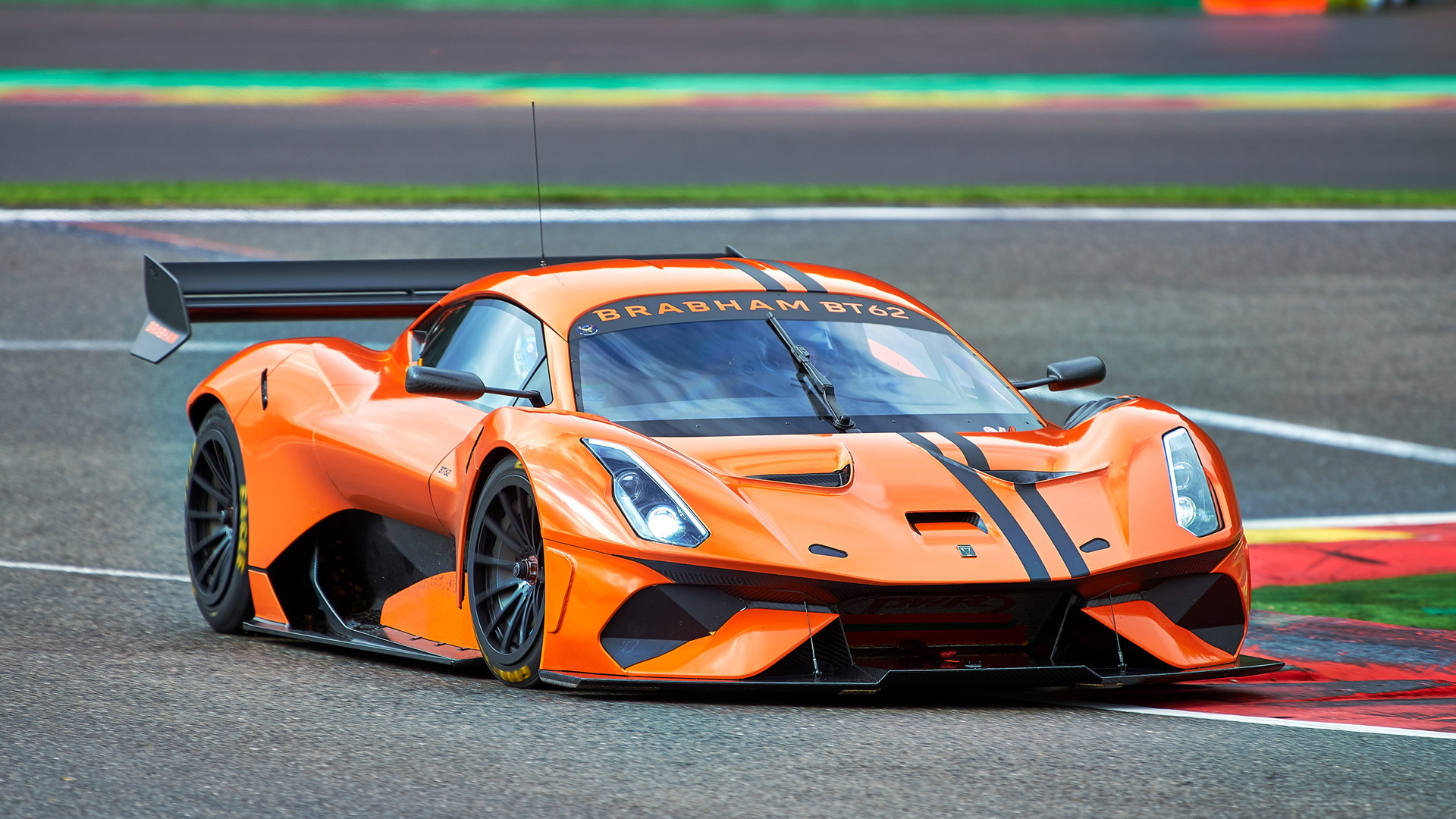 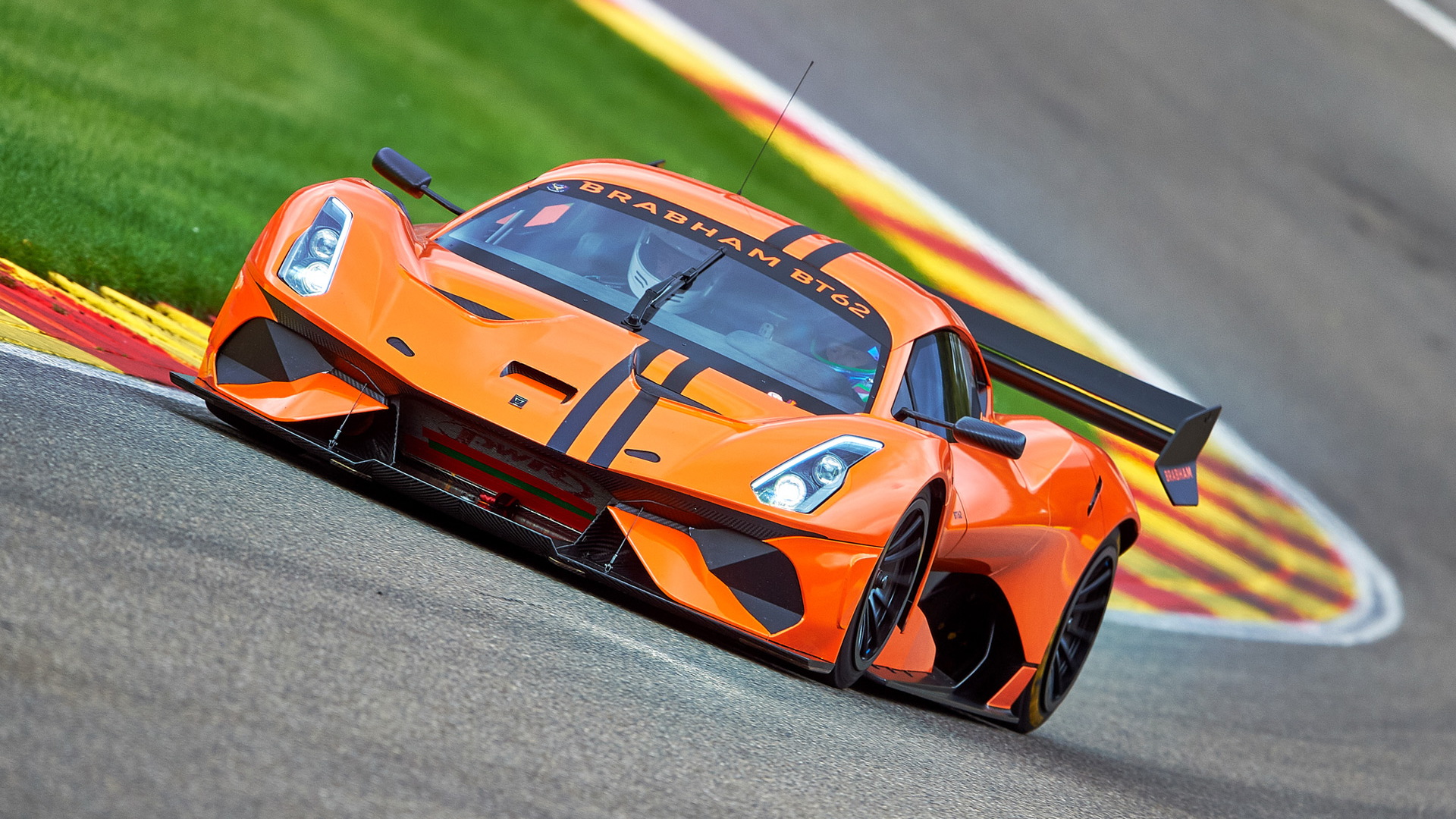 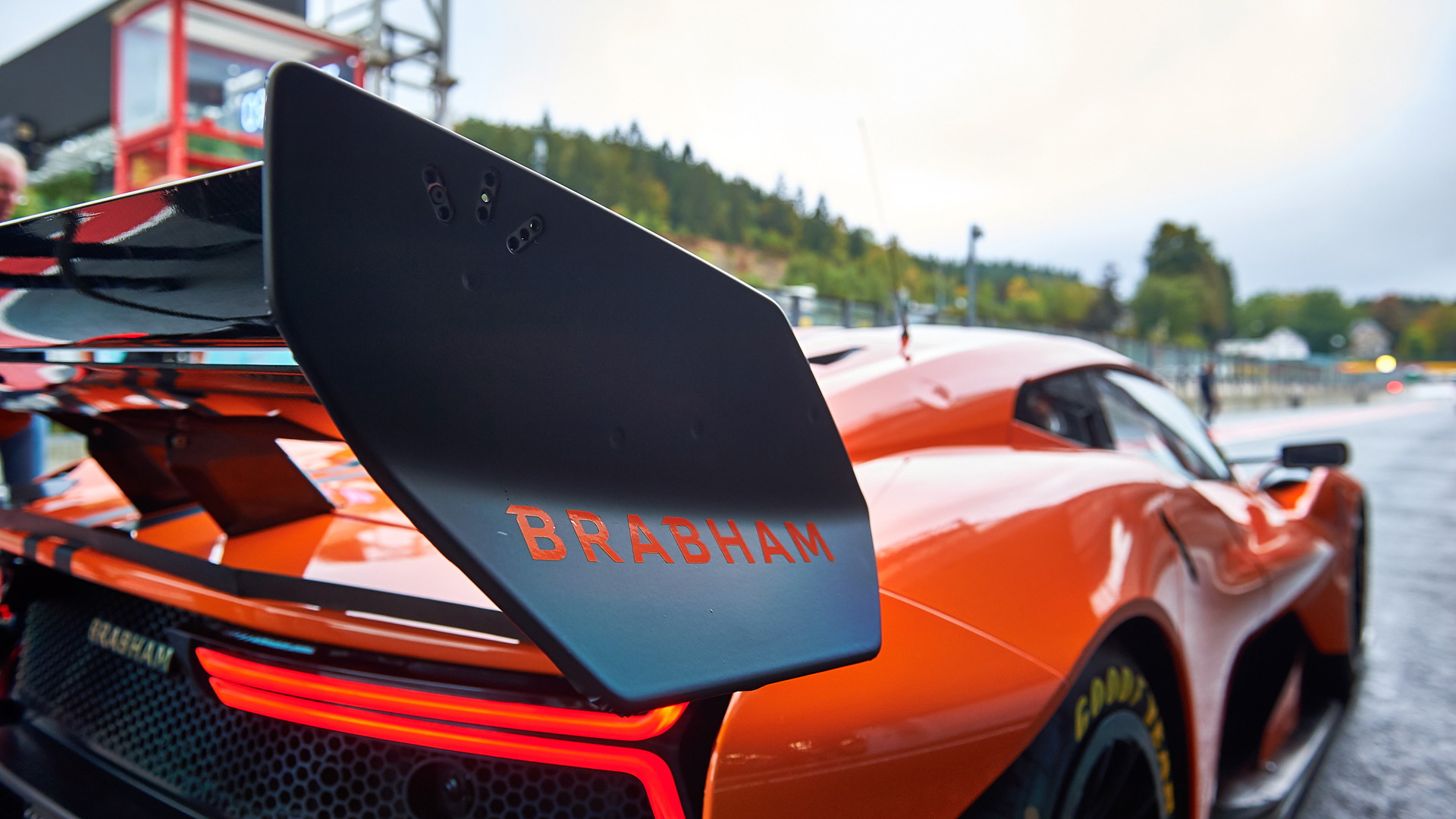 Brabham's BT62 supercar can be ordered in a new Competition specification that matches the racing version of the car set to compete next month in the Britcar ‘Into The Night’ Race series running in the United Kingdom.

It will be the first time in decades Brabham is racing one of its own cars, and the company has decided to celebrate by letting its customers join in on the fun.

The Competition specification sees the car stripped back and made ready for racing. There is no passenger seat, no interior trim, and no maintenance kit. There isn't even any paint, with customers instead able to order the car in a custom wrap. 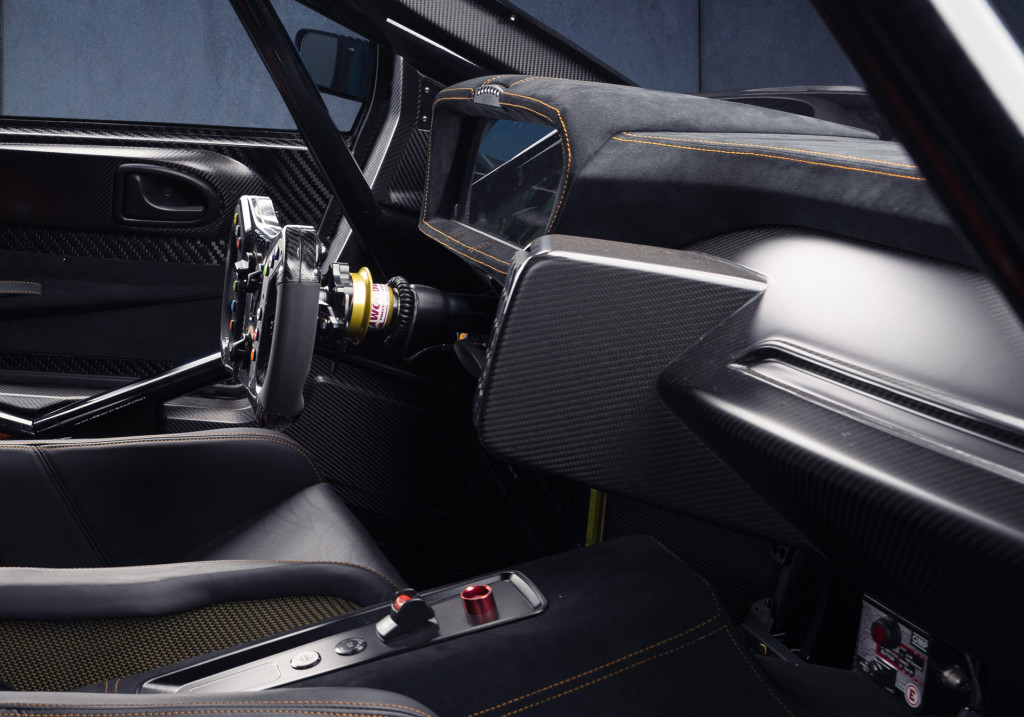 Without these features, the BT62 Competition specification is lighter than the standard BT62, referred to as the Ultimate Track Car specification, though Brabham hasn't said by how much. The company did state, however, that eliminating these items lowers the price, with the BT62 Competition starting at 750,000 British pounds (approximately $996,700) versus 1,000,000 British pounds for the BT62 Ultimate Track Car. For buyers with extra cash to spend, Brabham also offers a Road Compliant specification.

All the same performance aspects are still there, including center-lock wheels, a pneumatic jacking system, and a competition-ready gauge display. In case you've forgotten, the BT62 is powered by a naturally aspirated 5.4-liter V-8 delivering 700 horsepower to the rear wheels via a 6-speed sequential gearbox. Advanced aerodynamics provide an impressive 2,645 pounds of downforce, while stopping power comes from carbon-ceramic brakes from Brembo.

Brabham will build just 70 BT62s in total and anyone purchasing the car can have the factory swap it between the Competition, Ultimate Track Car, and Road Compliant specifications.