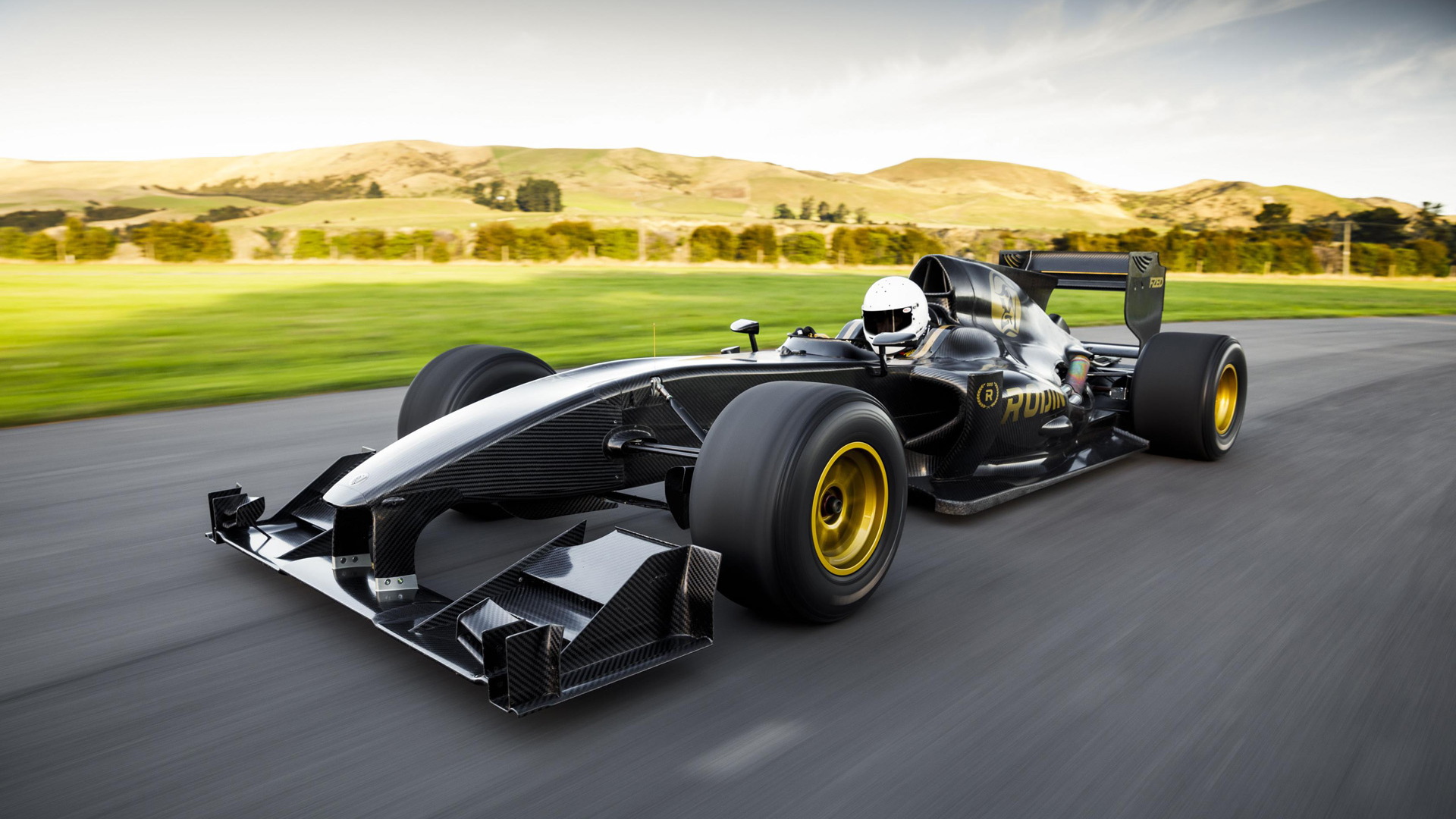 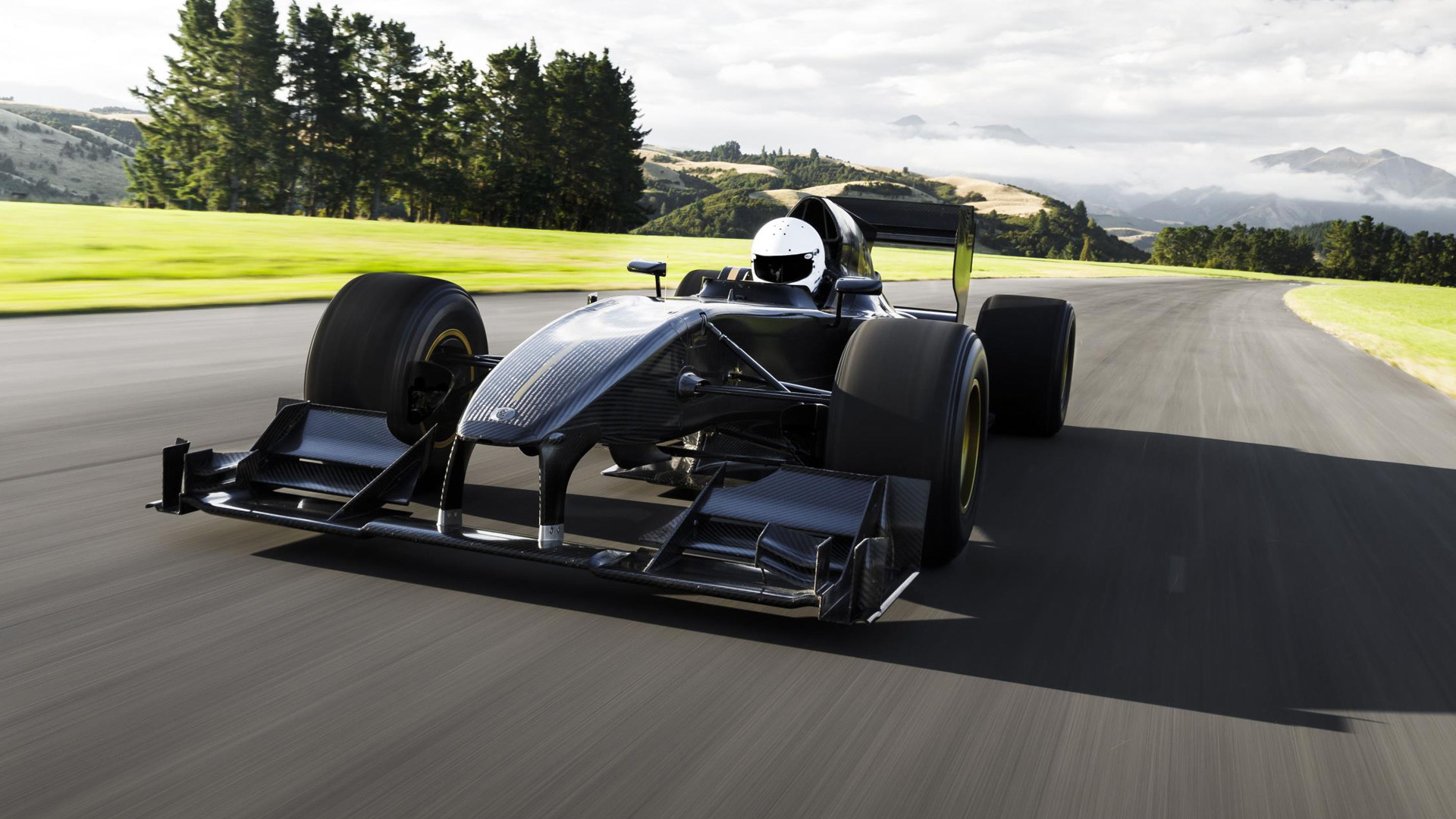 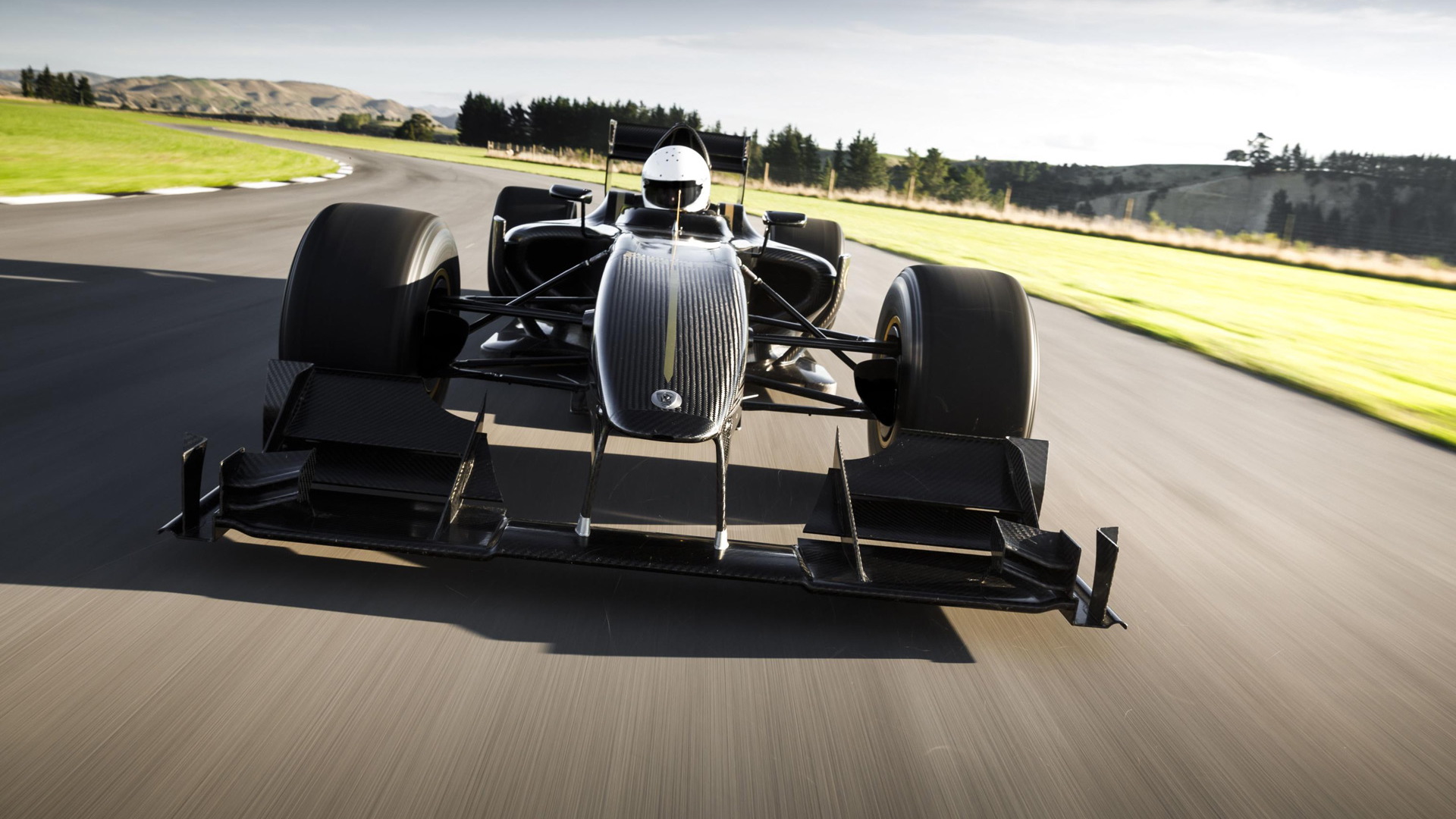 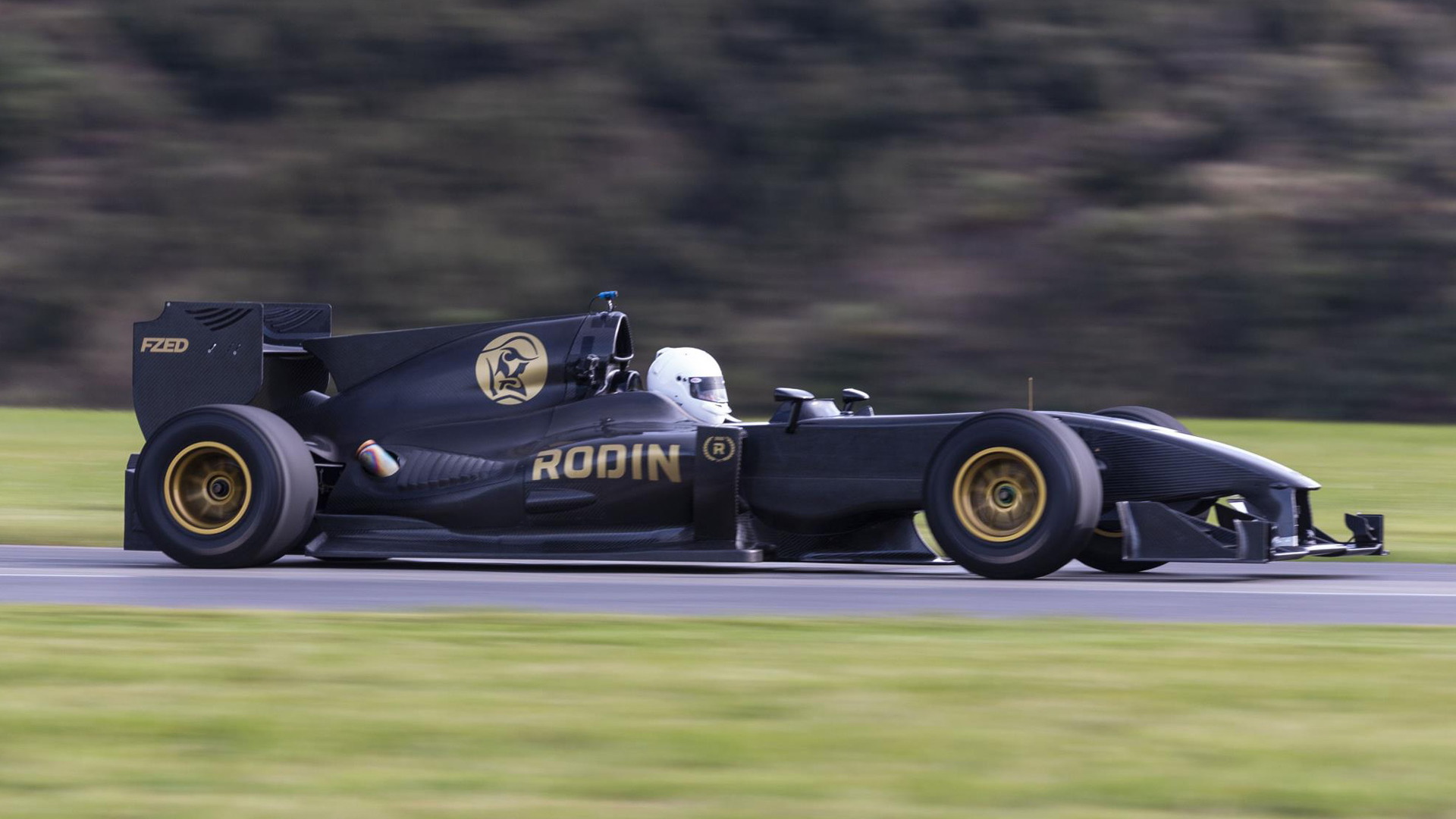 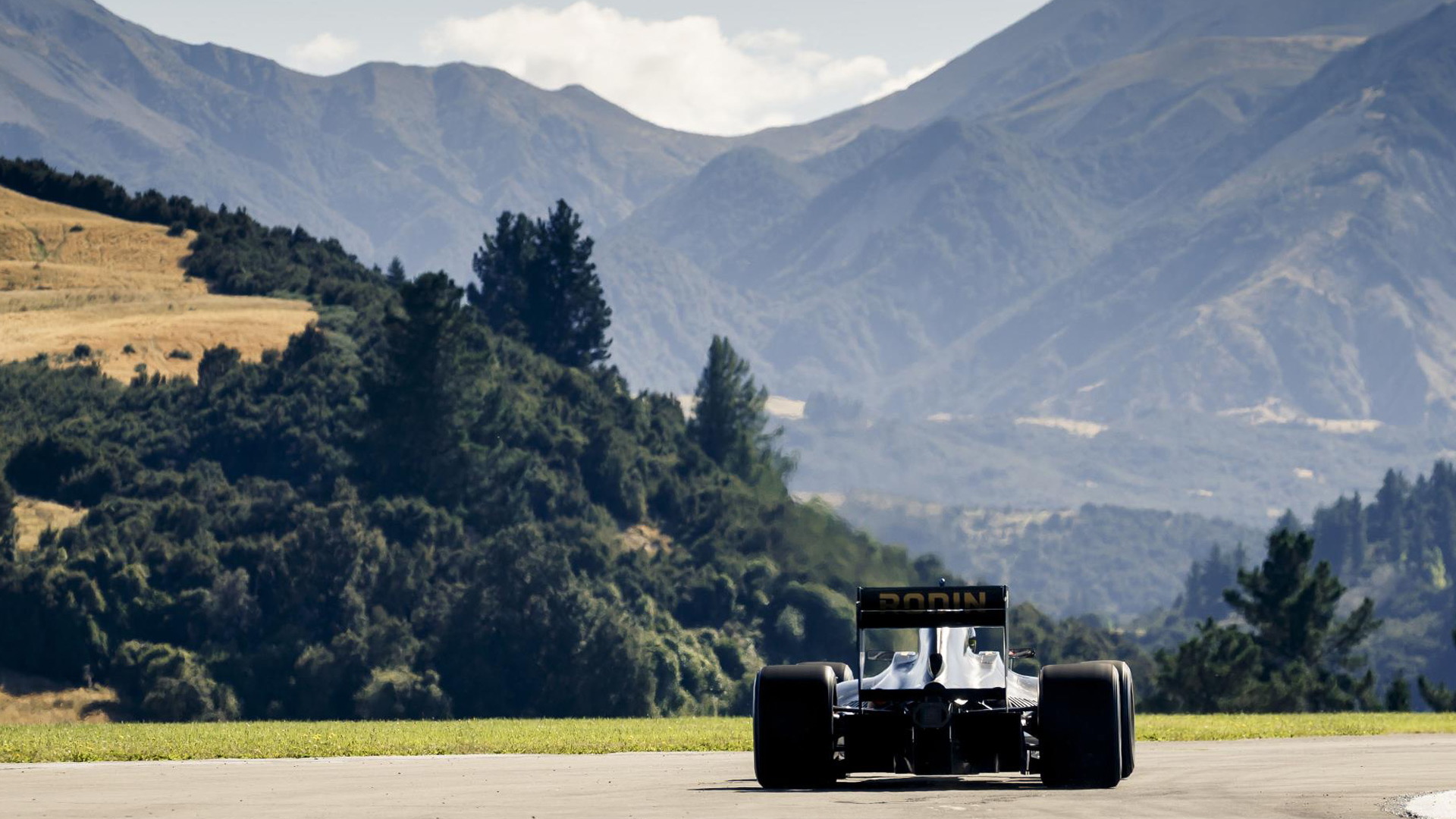 Anyone yearning for the feel of a Formula One car now has the chance to make their dreams a reality thanks to a new company based in New Zealand.

The company is called Rodin, and for $650,000 it will sell you the F1-inspired, Cosworth V-8-powered FZED track car delivering 675 horsepower and 361 pound-feet of torque and weighing just 1,342 pounds. Performance estimates include a 0-100 mph time of just 5.0 seconds and a top speed in excess of 186 mph.

Rodin's FZED is born out of Lotus' stillborn Exos Type 125 track car, which retailed for $1 million back in 2012, making the Rodin a bit of a bargain. It features carbon fibre composite materials for its monocoque and aerodynamic elements sourced from Italy's HP Composites, a supplier to many major race teams, and instead of the flat floors normally found in grand prix cars, the FZED features IndyCar-style venturi tunnels.

Power comes from a 3.8-liter Cosworth V-8 with four valves per cylinder. The engine is mated to a 6-speed sequential transmission from Ricardo and will happily run on pump fuel, albeit with octane levels starting at 98. Rodin said the engine is designed to run more than 3,100 miles at race conditions between servicing.

Other performance specs include carbon-ceramic brake rotors from Alcon, brake calipers from Brembo, 13-inch OZ Racing wheels shod with Avon tires, and 4-way adjustable TTX-40 racing dampers from Ohlins. Rodin has also developed a number of its own parts for the car. These include 3D-printed titanium exhaust and steering systems, plus carbon fiber seats. Rodin is also developing carbon fiber wheels to replace the current magnesium set from OZ Racing. All development work has taken place at Rodin's own test track in New Zealand.

Rodin was founded by Australian David Dicker, an amateur racer and class champion of the Ferrari Challenge one-make series. He said the FZED is aimed at track enthusiasts seeking the feeling of driving an F1 car, and that it also makes a great alternative to owning a classic F1 car. 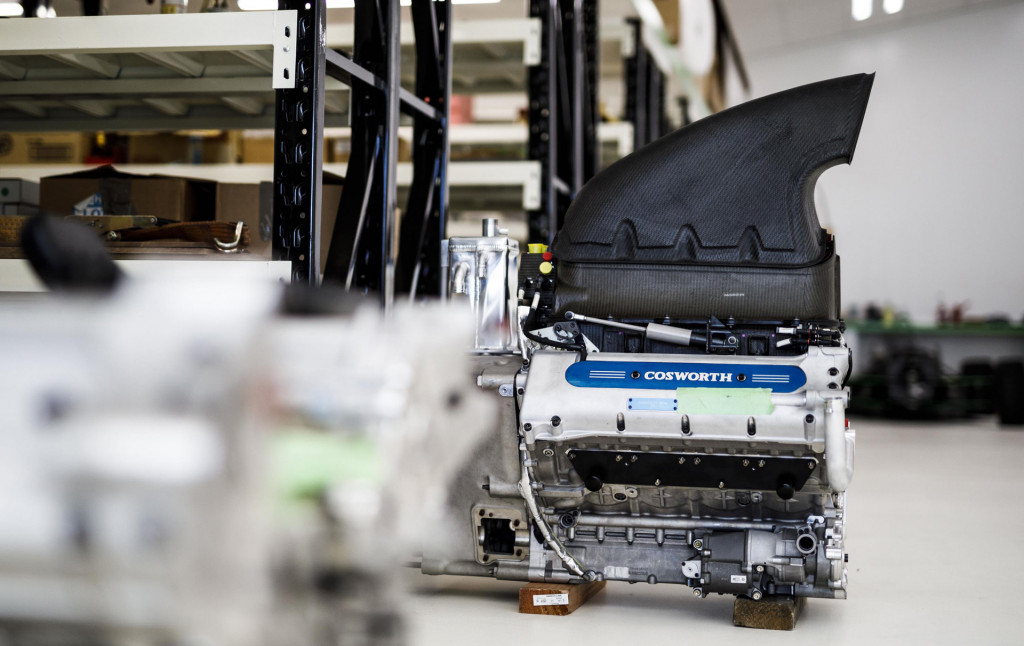 “The Rodin FZED is a far more practical and durable proposition compared with buying and running a historic grand prix car,” Dicker said. “People do buy them, I had one, but they are more difficult to run and less durable, plus there’s the risk of crashing a car with an important grand prix heritage.”

Rodin has major plans for the future. The company is already developing a second generation of the FZED and there are plans to launch a road-going version with even more power.

“We have significant plans to expand Rodin Cars in the future,” Dicker said. “This is a serious, maximum high-performance track-car building business.”