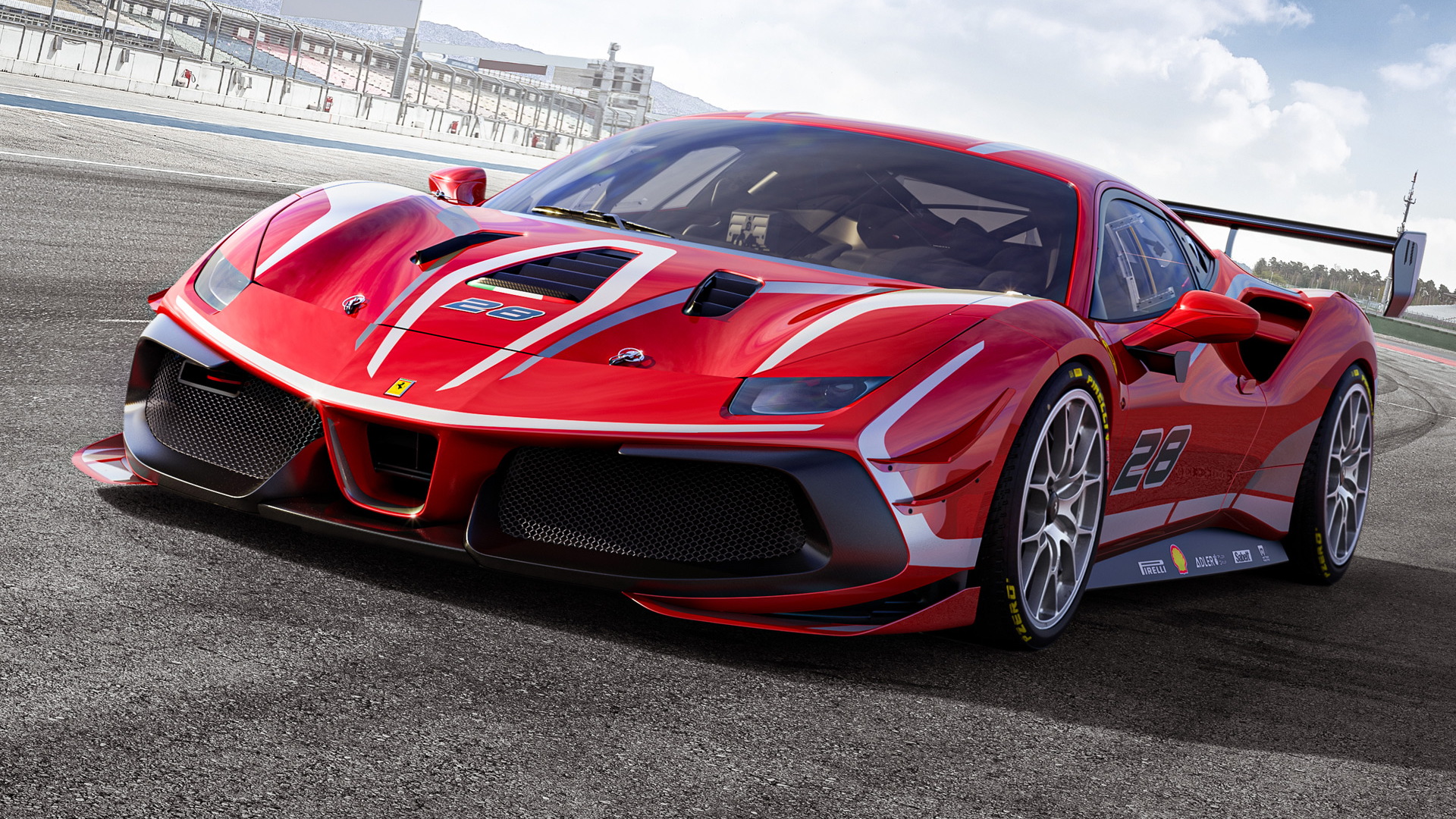 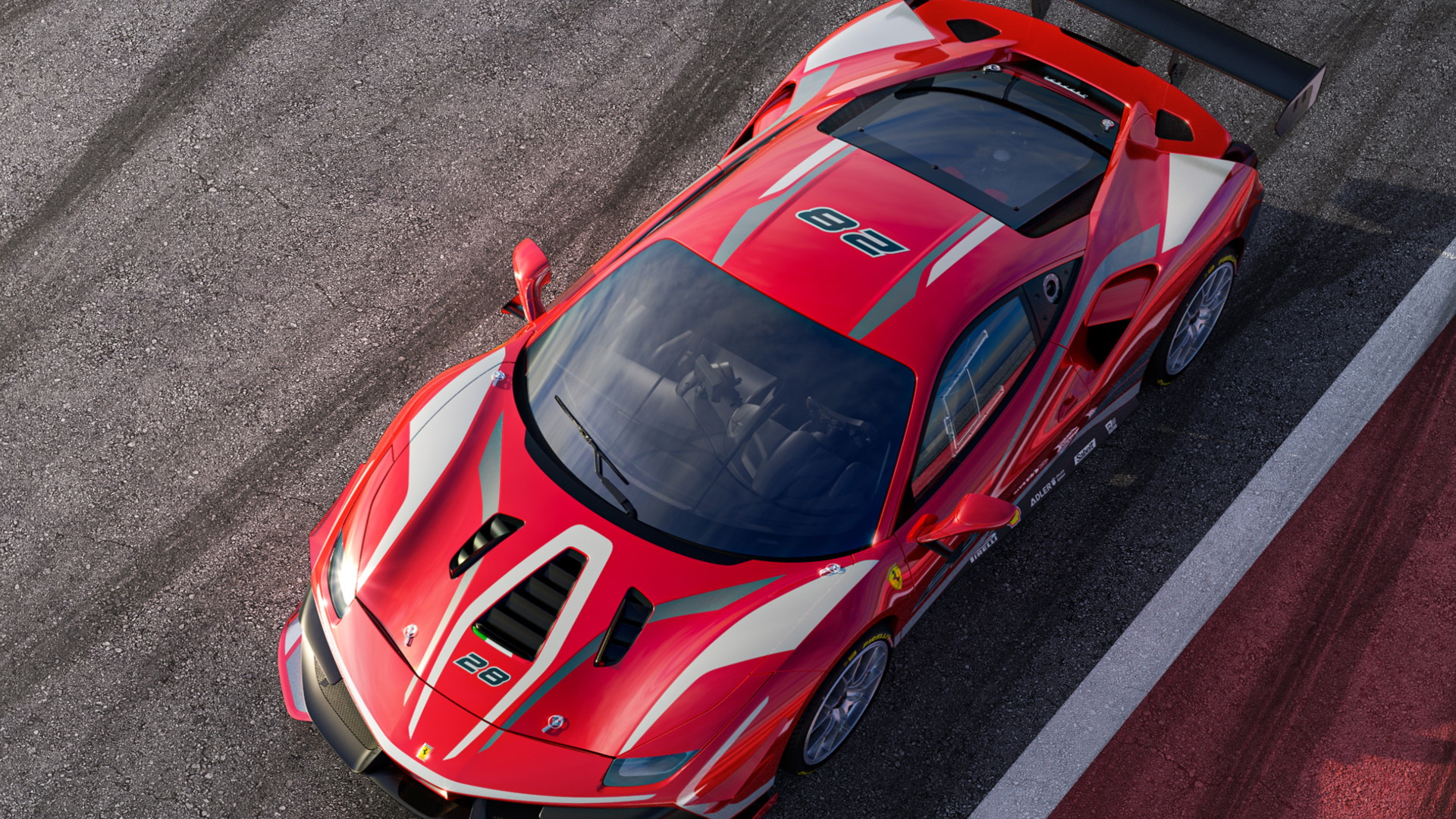 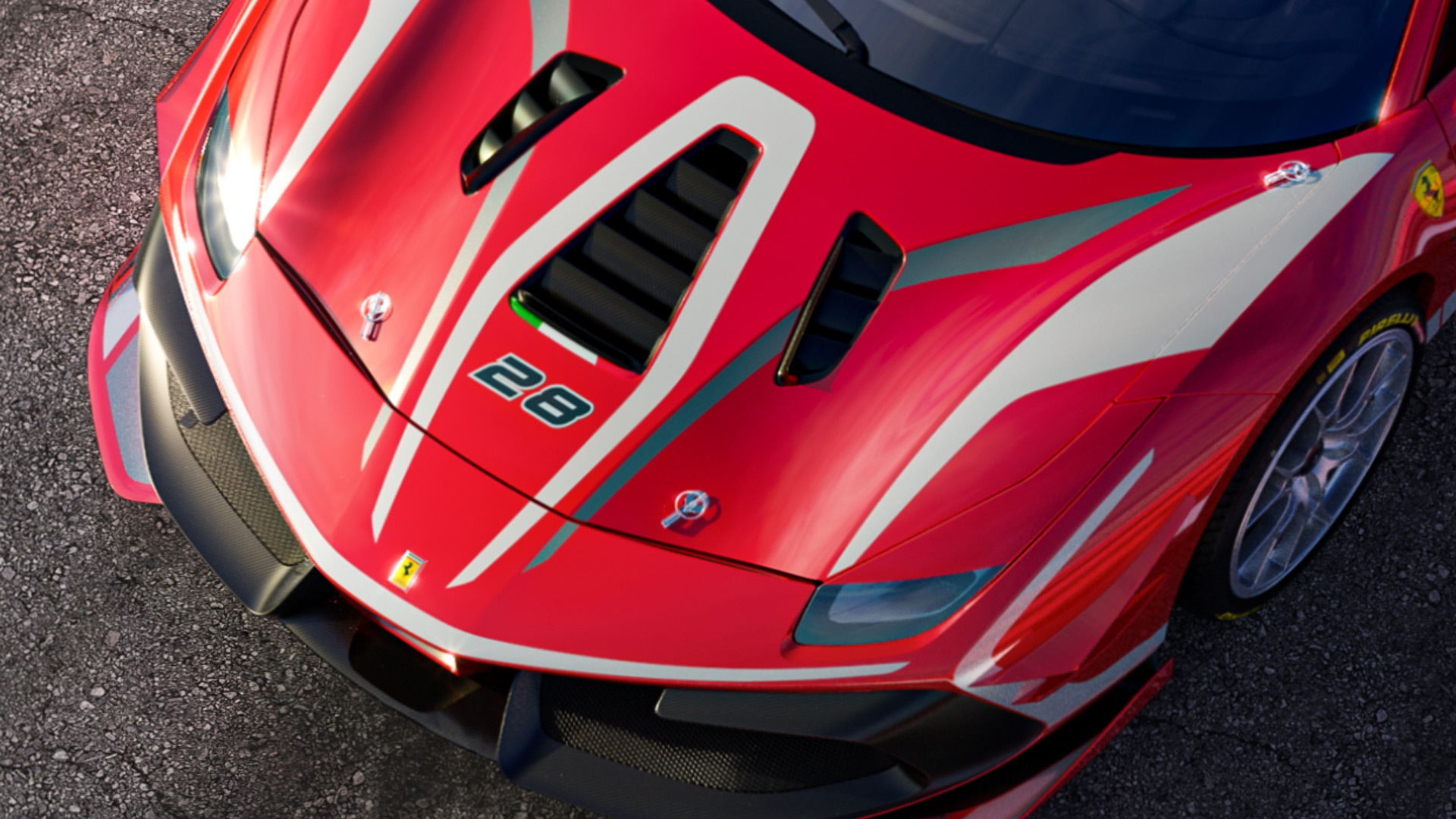 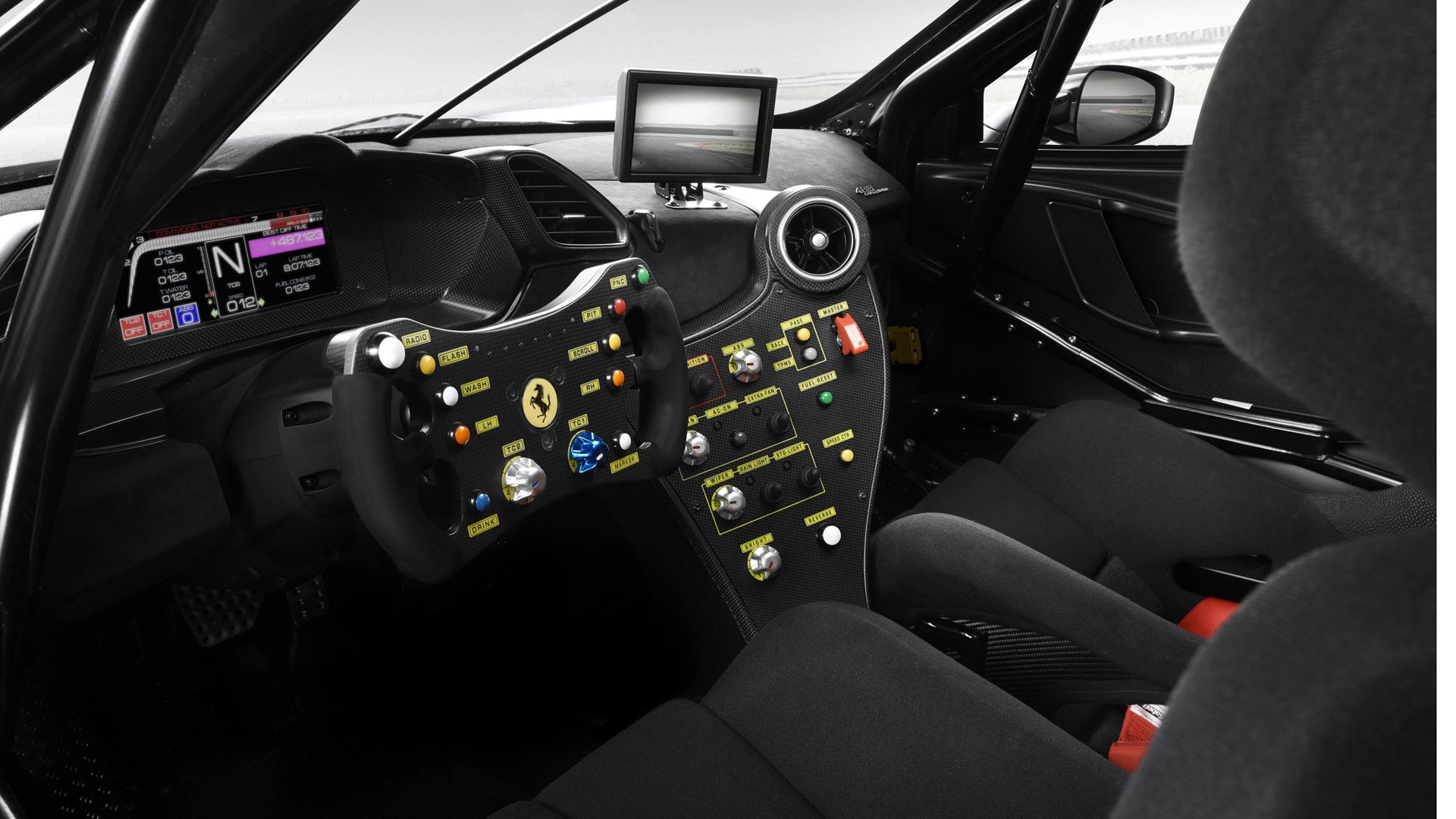 Ferrari used its Finali Mondiali motorsport gathering held at the Mugello circuit in Italy over the weekend to debut its 2020 488 Challenge Evo.

Starting with the 488 Challenge introduced in 2017, the Evo upgrade sees performance improved via higher downforce, more durable tires, and better feedback for the driver.

A redesign of the front fascia has resulted in a 30-percent increase in aerodynamic efficiency. This was primarily achieved by extending the front overhang to boost downforce. At the rear, a large wing with turning vanes at the ends improves the control and direction of the airflow from the side vents. The result of all the changes is 50-percent more downforce compared to the 488 Challenge.

Pirelli was tapped to develop new tires for the Evo upgrade. The new compound is said to deliver greater consistency in lap times during long-run sessions, meaning fewer changes will be required.

Integration of various electronic chassis systems was also improved with the result being improved agility in cornering, particularly in terms of traction levels upon exiting. Finally, drivers will find a significant reduction in brake wear thanks to the adoption of a new front rotor design and larger rear rotors.

No changes were made to the engine which remains a 3.9-liter twin-turbocharged V-8. The engine is virtually identical to the unit in the 488 GTB road car, though there are a few differences such as specific engine mapping for improved top-end performance.

The good news for teams that have already purchased a 488 Challenge, the Evo upgrade can be ordered as a kit.

Even though the 488 GTB was replaced in showrooms earlier this year by the F8 Tributo, the car is set to continue on the racetrack in 2020 and potentially beyond. This is the case not only for the Ferrari Challenge one-make series but also the world's GT series, where an upgraded 488 GT3 Evo, also revealed during Finali Mondiali, is set to compete.