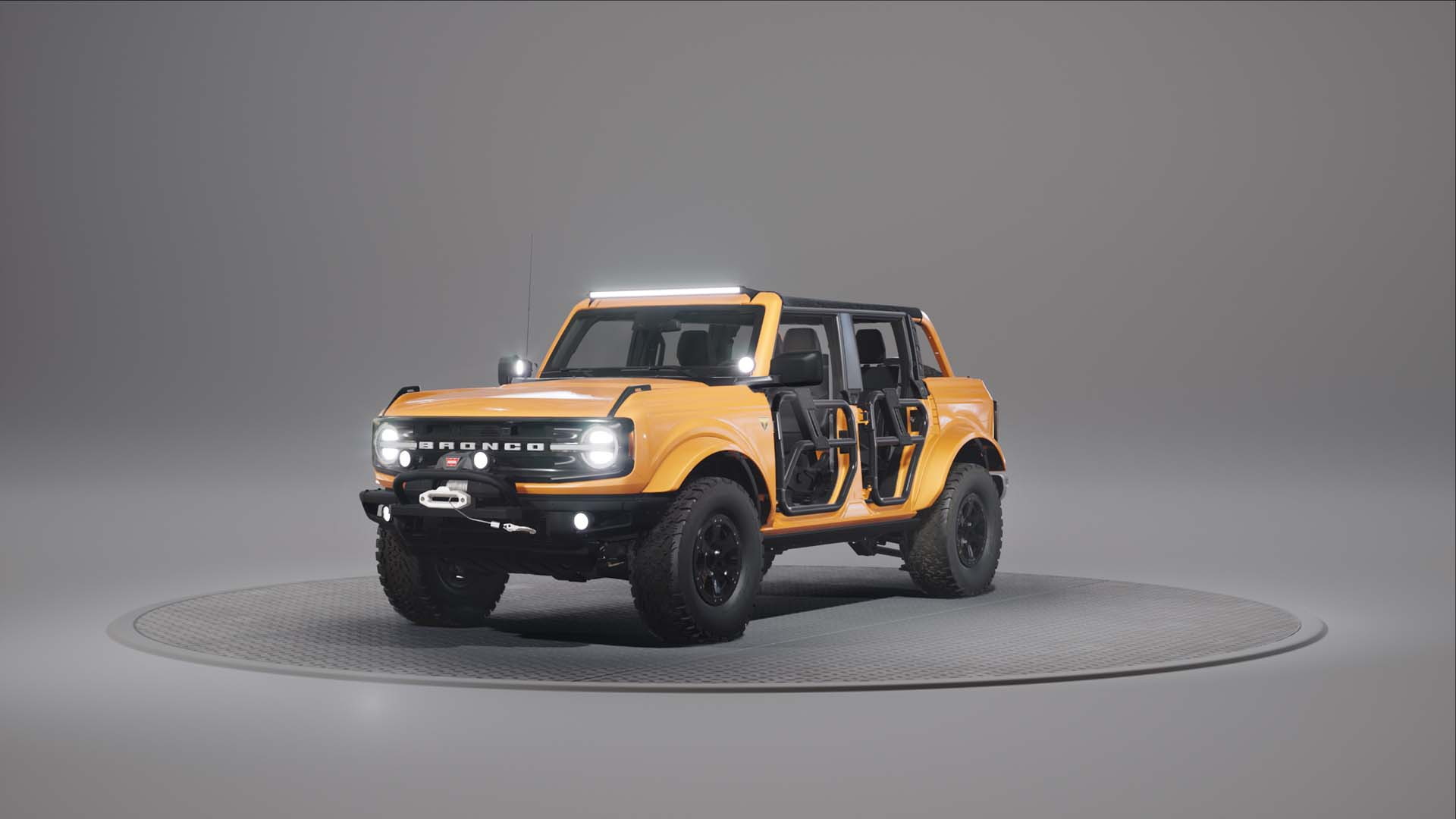 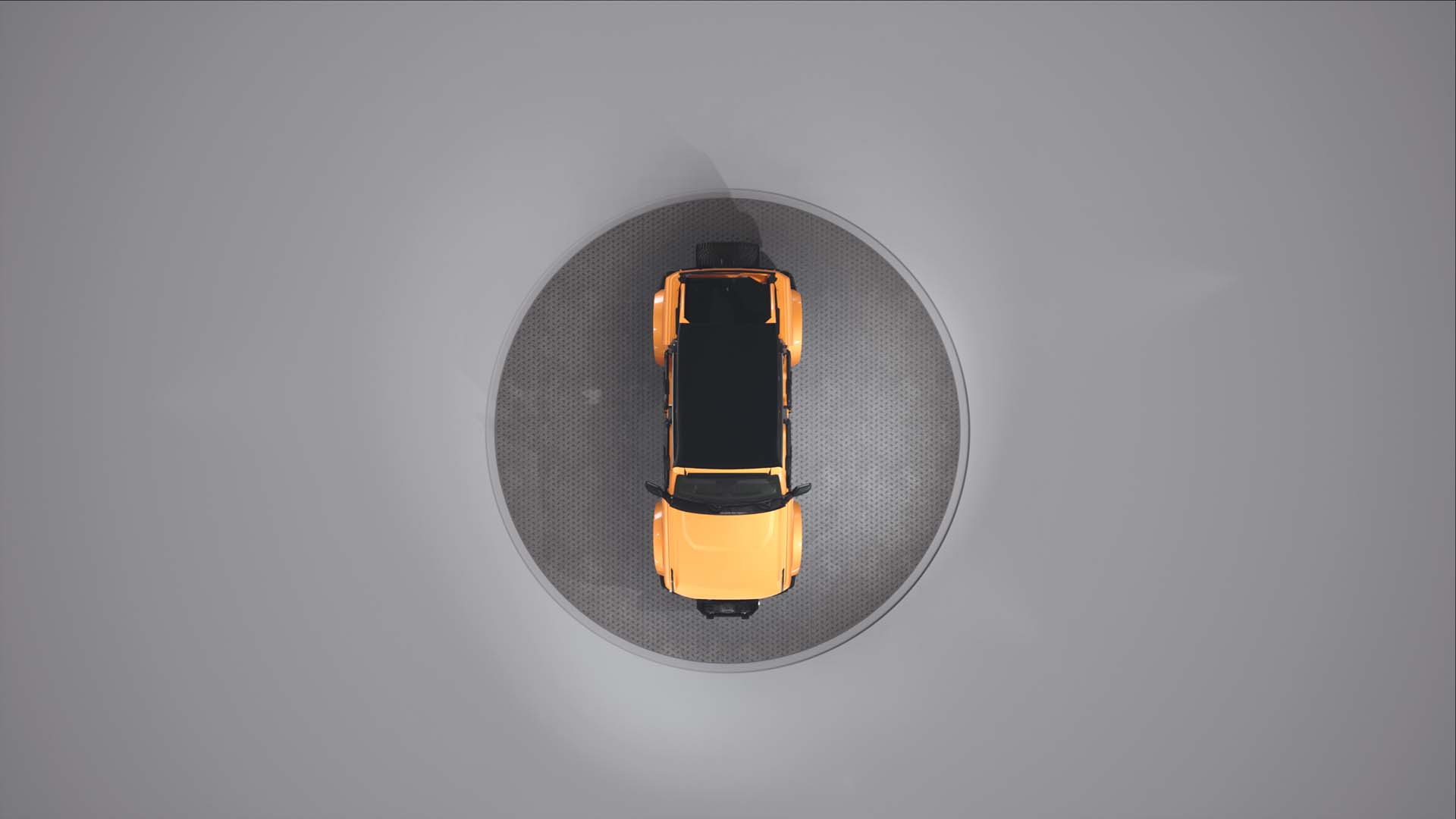 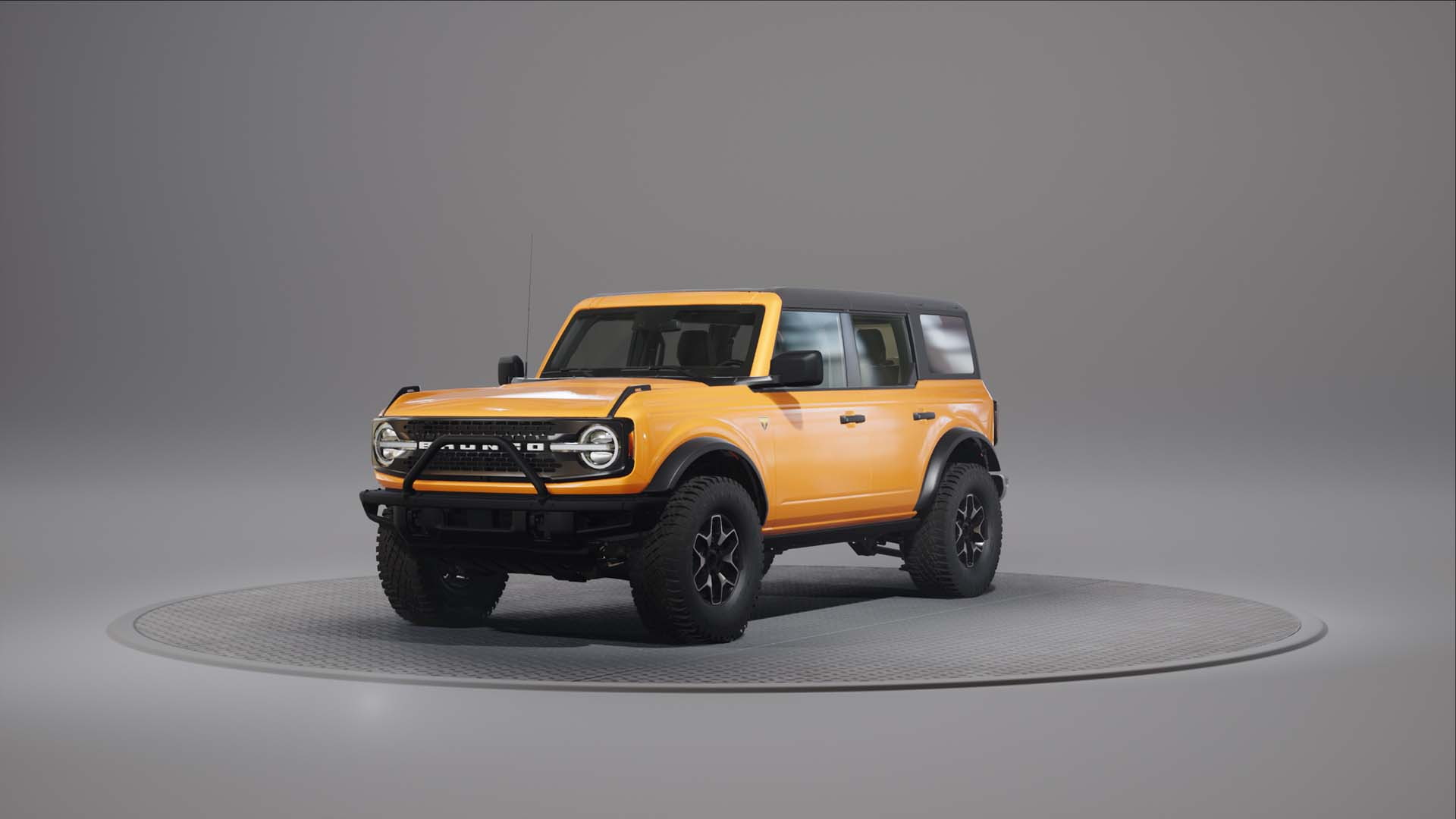 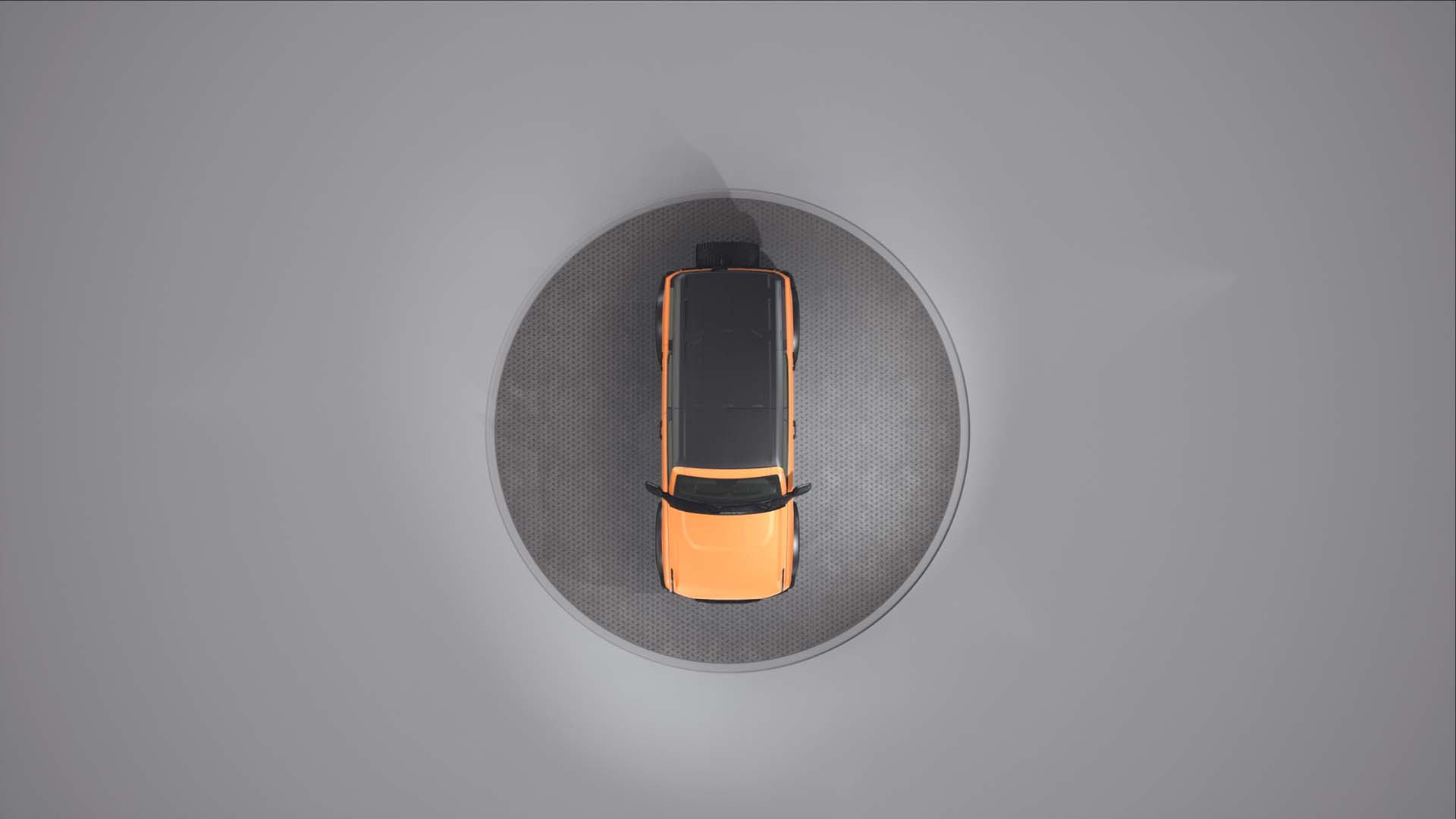 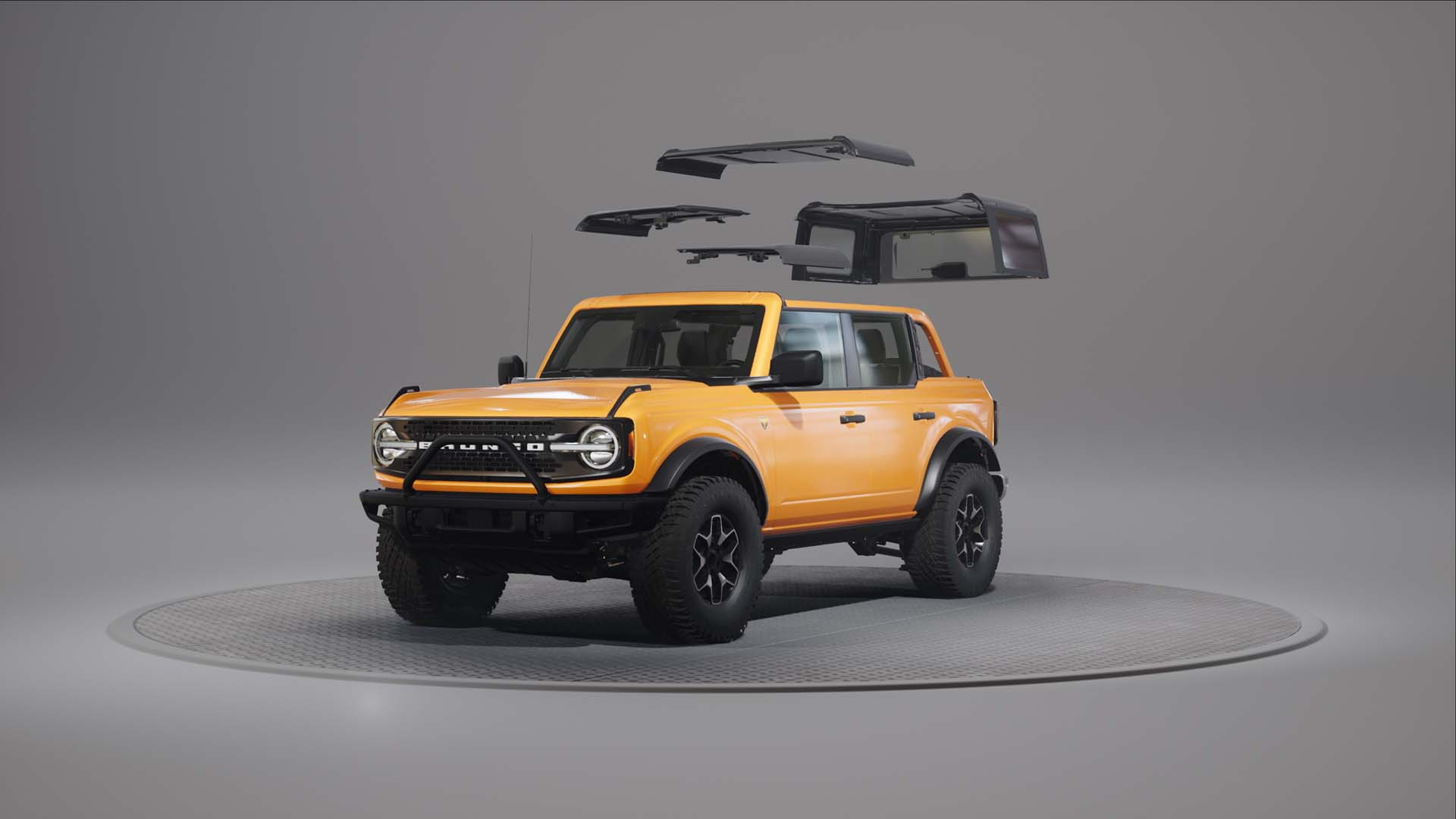 The 2021 Ford Bronco isn’t constructed like most other cars. Instead, it’s like a life-size Lego car as every body panel can bolt on or off. The process isn’t quick and easy, but it should make the Bronco cheaper and quicker to repair, and easier to modify with the bolt-on aftermarket parts that are sure to come.

The Jeep Wrangler is similar, but it’s rear quarter panels don’t bolt on and off, and its fender flares are harder to remove.

Should a shopping cart at Target roll into your shiny new Bronco a replacement can’t simply be ordered from a local Ford dealership and bolted on. Bronco’s Chief Designer Paul Wraith told Motor Authority owners will still need to call a body shop to order replacement panels.

The bolt-on body panels will make life easier should a Bronco get into a fender bender. Shop foreman Mike Gelakoski (known as Jelly) of 38 years at Sears Imported Autos Body Shop in Minneapolis, told Motor Authority “if a car went and got damaged, you’re talking the difference between a couple weeks and a couple days.” Shorter repair times will also mean fewer labor hours and less-expensive repairs.

Jelly explained that, other than a Saturn Ion and BMW Z3, rear quarter panel replacements require you to “screw, glue, and rivet it. Some cars you have to weld and you can burn it (the metal).”

BMW Z3s have rear quarter panels that simply bolt on making replacement a simple process that doesn’t take 20 hours, according to Jelly. The Bronco is like the BMW Z3 and that will make replacing panels “quicker, simpler, and easier,” Jelly said.

Ford’s new Bronco is sure to be the darling of the aftermarket scene and the next superstar at the SEMA show. President and founder of American Expedition Vehicles (AEV), David Harriton told Motor Authority the Bronco’s construction “opens a lot of opportunities for the aftermarket.” AEV is an outfitter specializing in Jeep Wranglers, Ram Power Wagons, and Chevrolet Colorados.

“The ability to take these vehicles off road, have an accident, and then replace the body panel is critical,” Harriton said.

Some Bronco fans will also buy aftermarket panels and add them to their Broncos. Again, a body shop will be needed to paint these panels to match the rest of the Bronco. However, some owners may choose to wrap their panels or paint them themselves, eliminating the need for a body shop.

It’s not just the body panels. The fender flares pop on and off with the simple twist of a few fasteners in about 30 seconds. “That’s pretty cool that you can be legal driving to and from the trail and then pop off the flares for the trail to keep them looking nice. That’s a pretty great idea,” Harriton said.

From the aftermarket and modification scene to repairing a Bronco dented at the local Starbucks, the way Ford’s latest SUV’s screwed together could be a boon for consumers and the aftermarket alike.