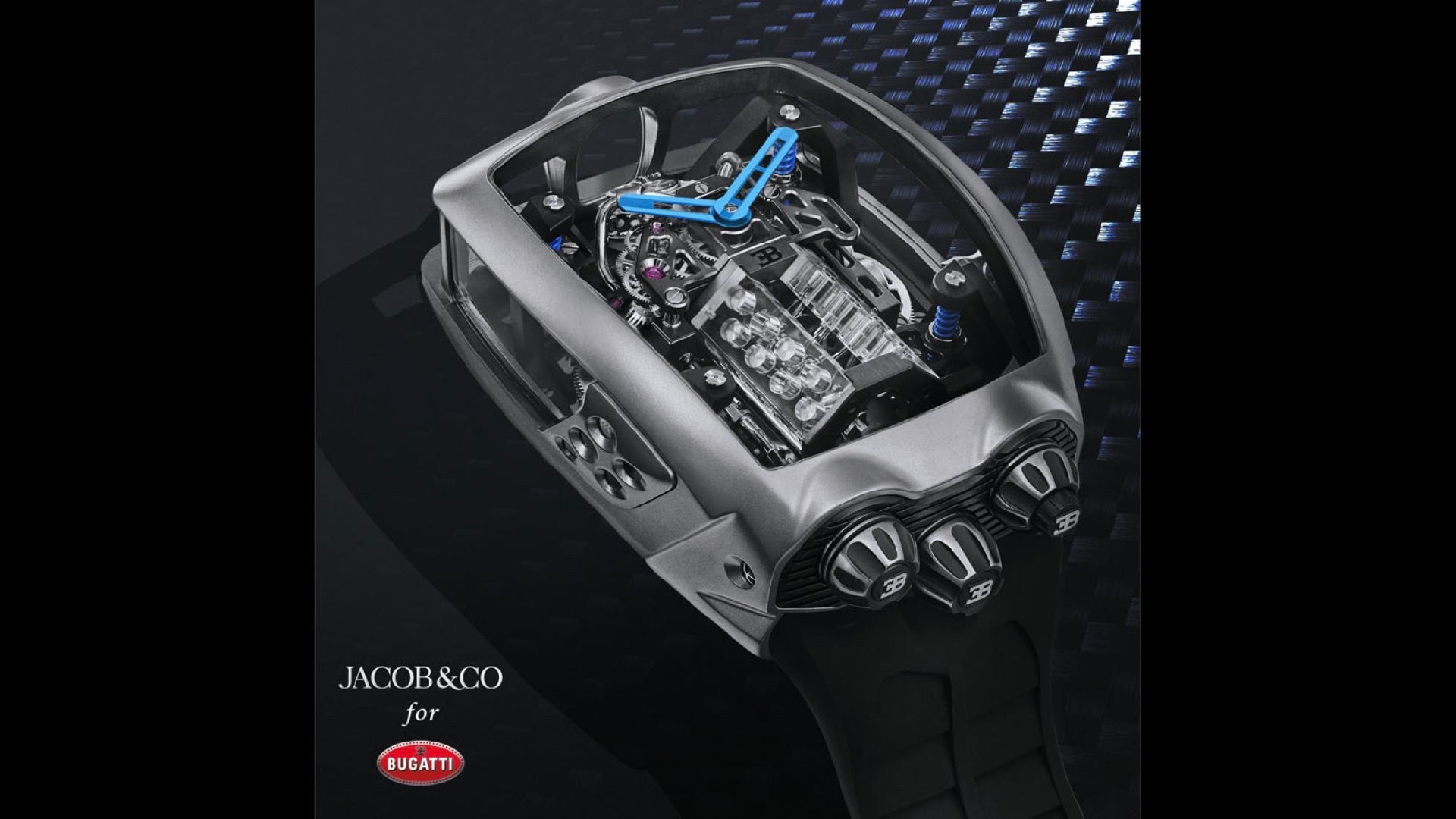 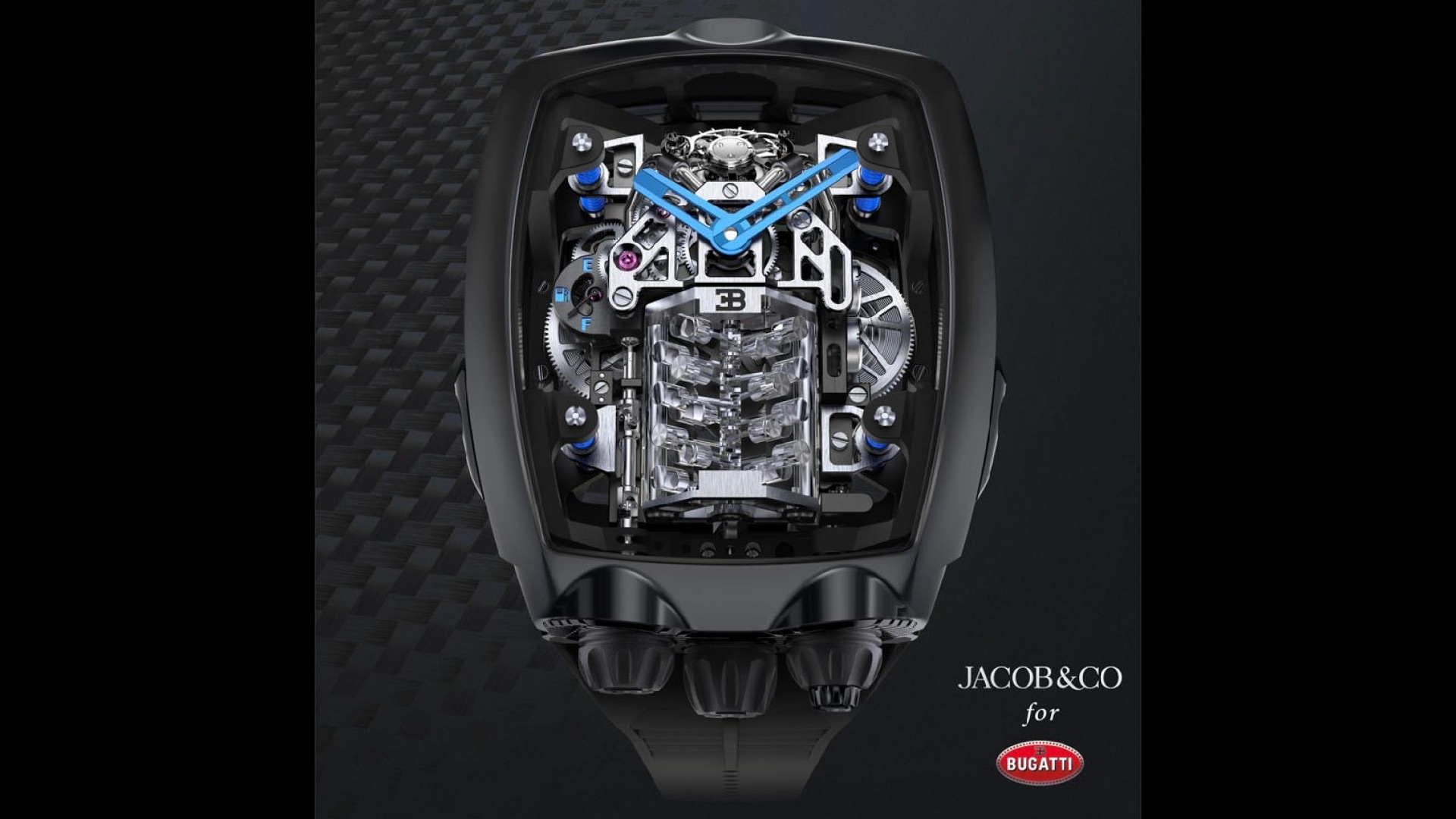 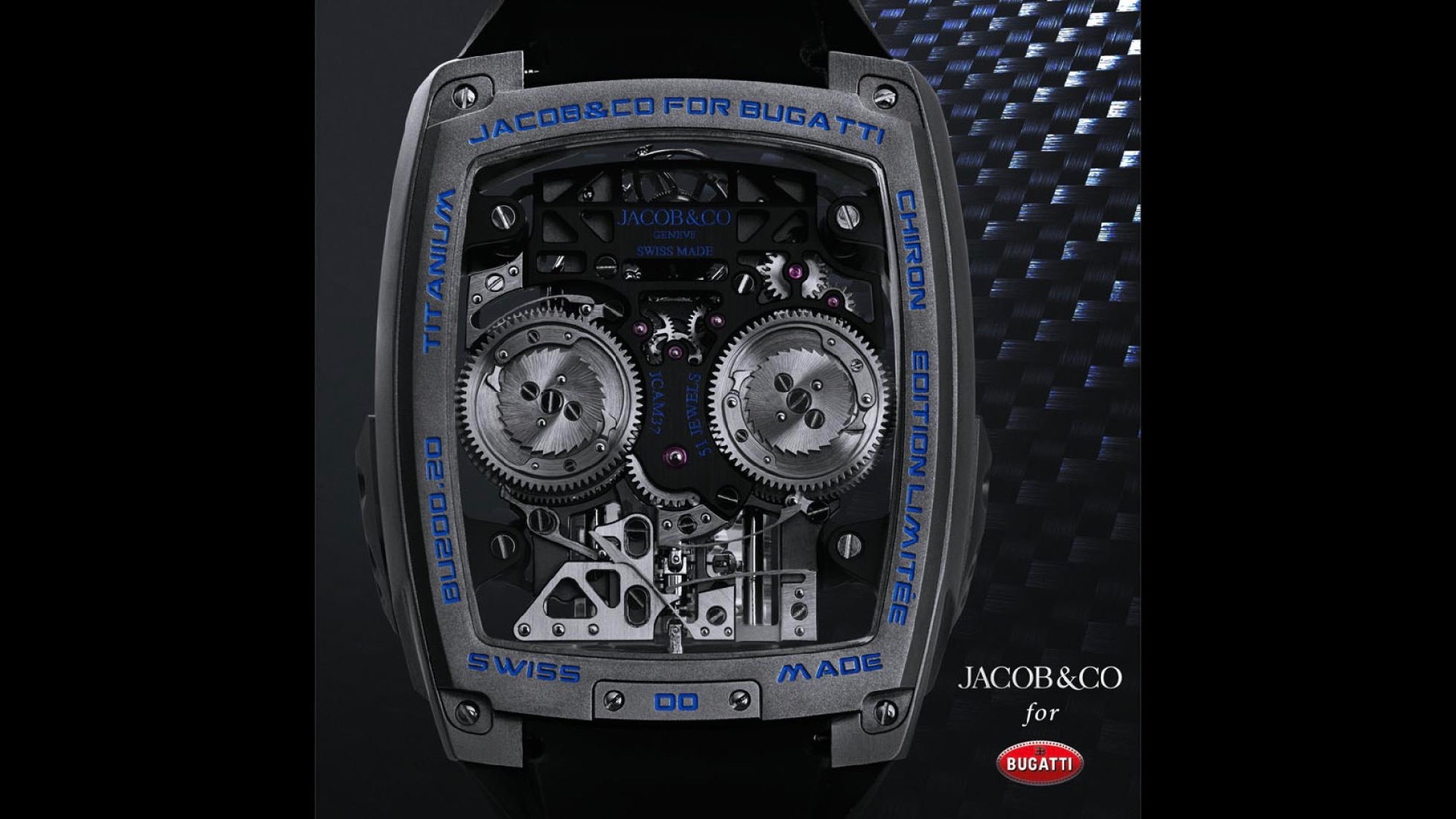 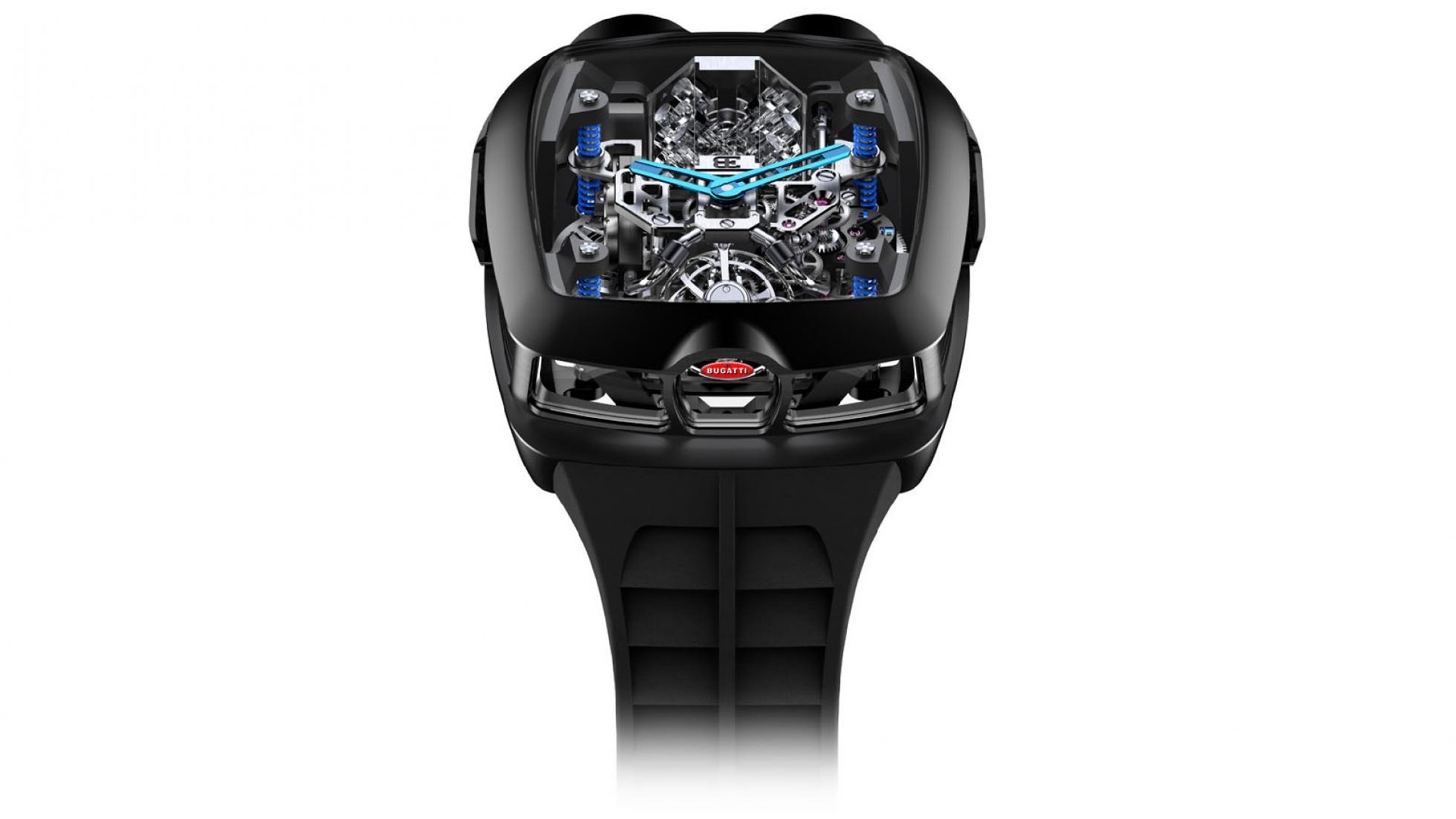 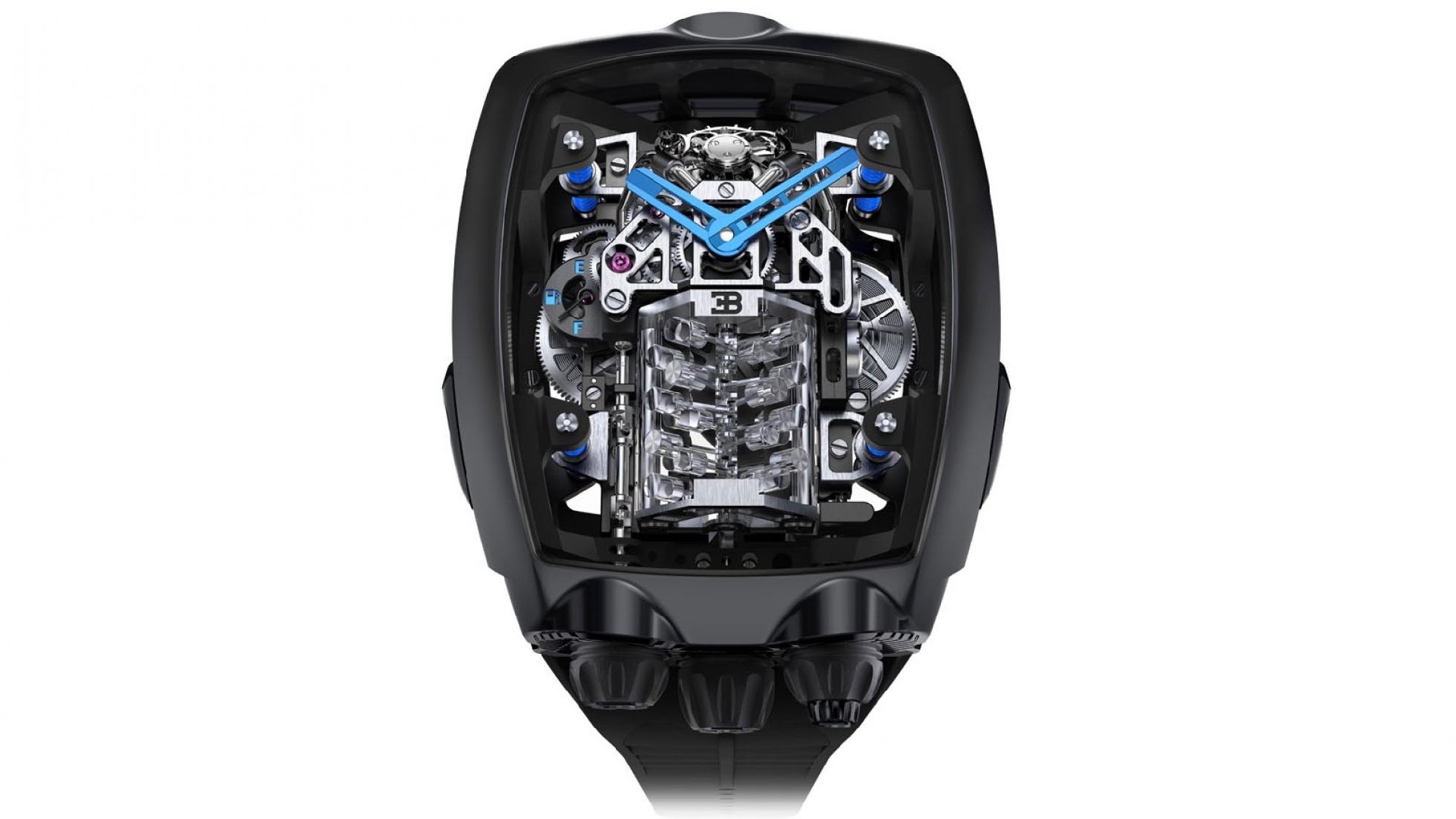 What's the watch equivalent of a Bugatti Chiron? How about a timepiece with a miniature replica of the hypercar's quad-turbocharged W-16 engine inside? That's what you get with the Jacob & Co. Bugatti Chiron Tourbillon.

The watch (via Motor1) is built around a 578-piece recreation of the W-16 engine that actually moves. Push the righthand crown and the engine's internal workings come to life, from the miniature pistons and crankshaft to the tiny turbos. A fuel reserve gauge shows battery life. No, you don't need to fill it up with drops of gasoline to get it to work.

The engine is housed beneath a sapphire crystal and mounted on four shock absorbers, all within a titanium case measuring 54 millimeters by 44 millimeters. The watch has a rubber strap with a titanium buckle. The real-life Chiron uses some titanium parts, and Bugatti has even 3D printed parts made of the metal.

The Bugatti Chiron Tourbillon costs $280,000, which may seem like a lot to the average person, but probably isn't to the kind of person that pays for upwards of $3 million for the car that inspired it.

A significant crossover exists between car and watch fandoms, so watches inspired by automakers like Ferrari are fairly common. A one-off watch was even made incorporating paint from the original "Bullitt" Mustang. It was raffled off for charity in 2019.