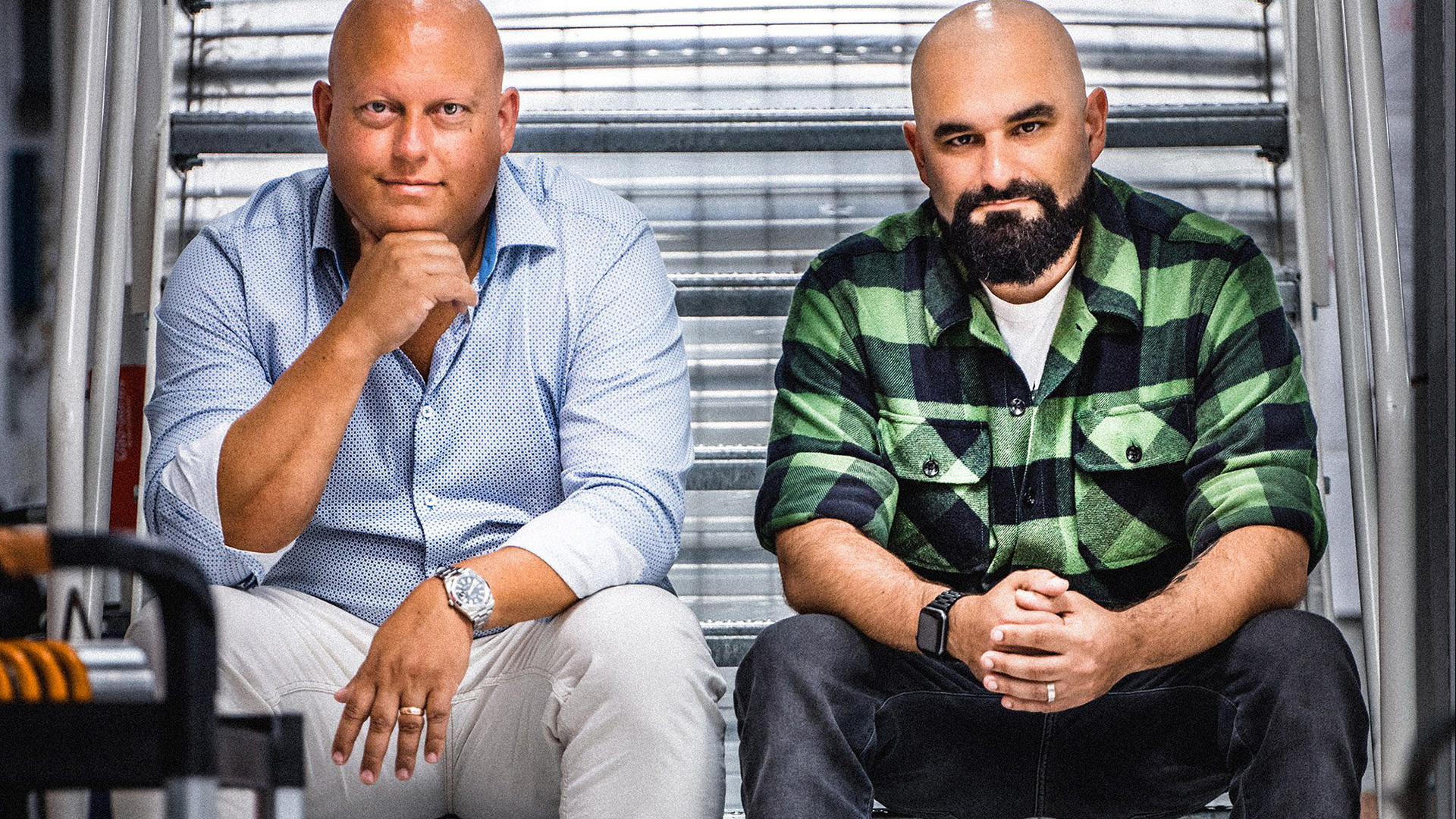 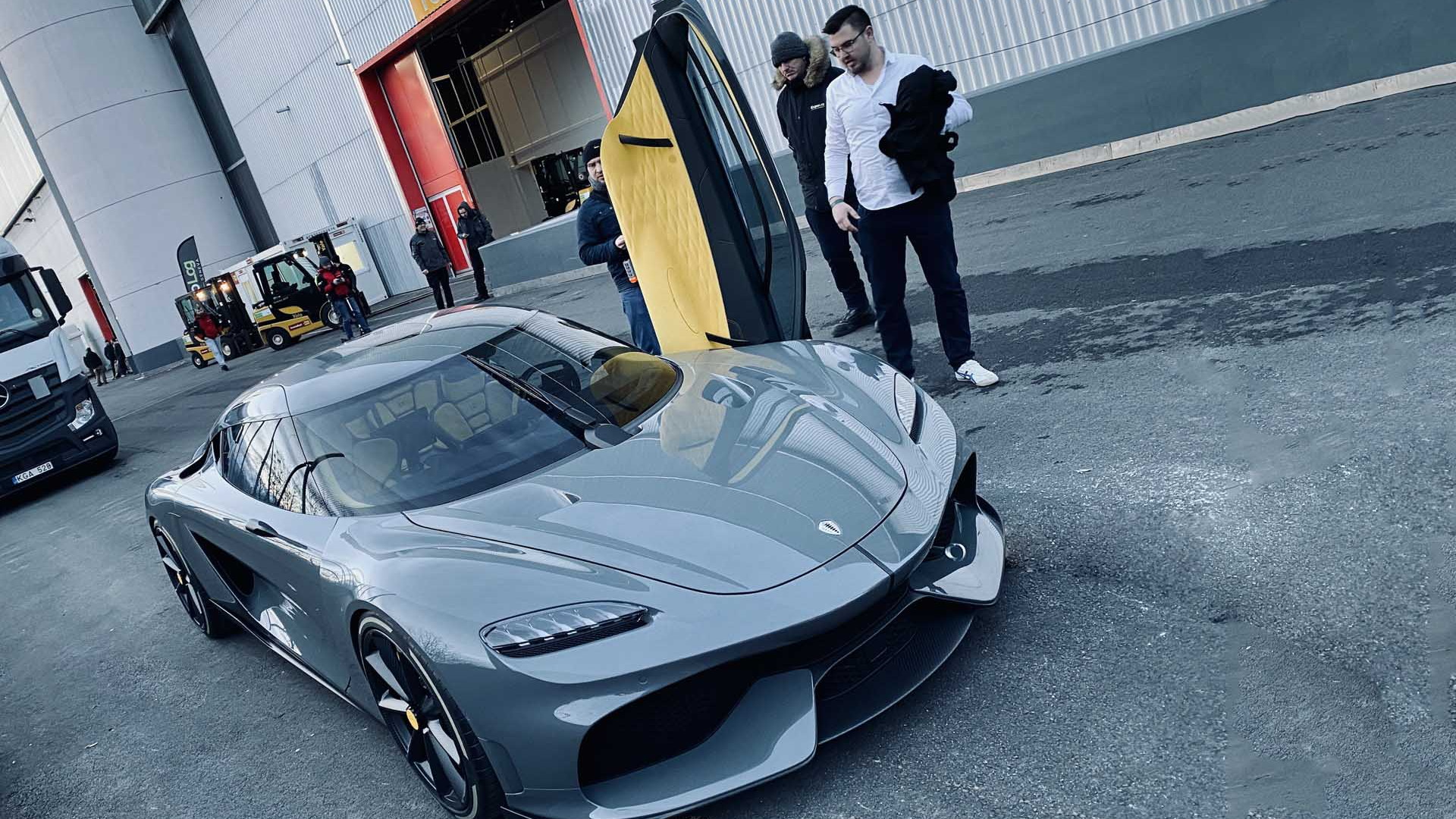 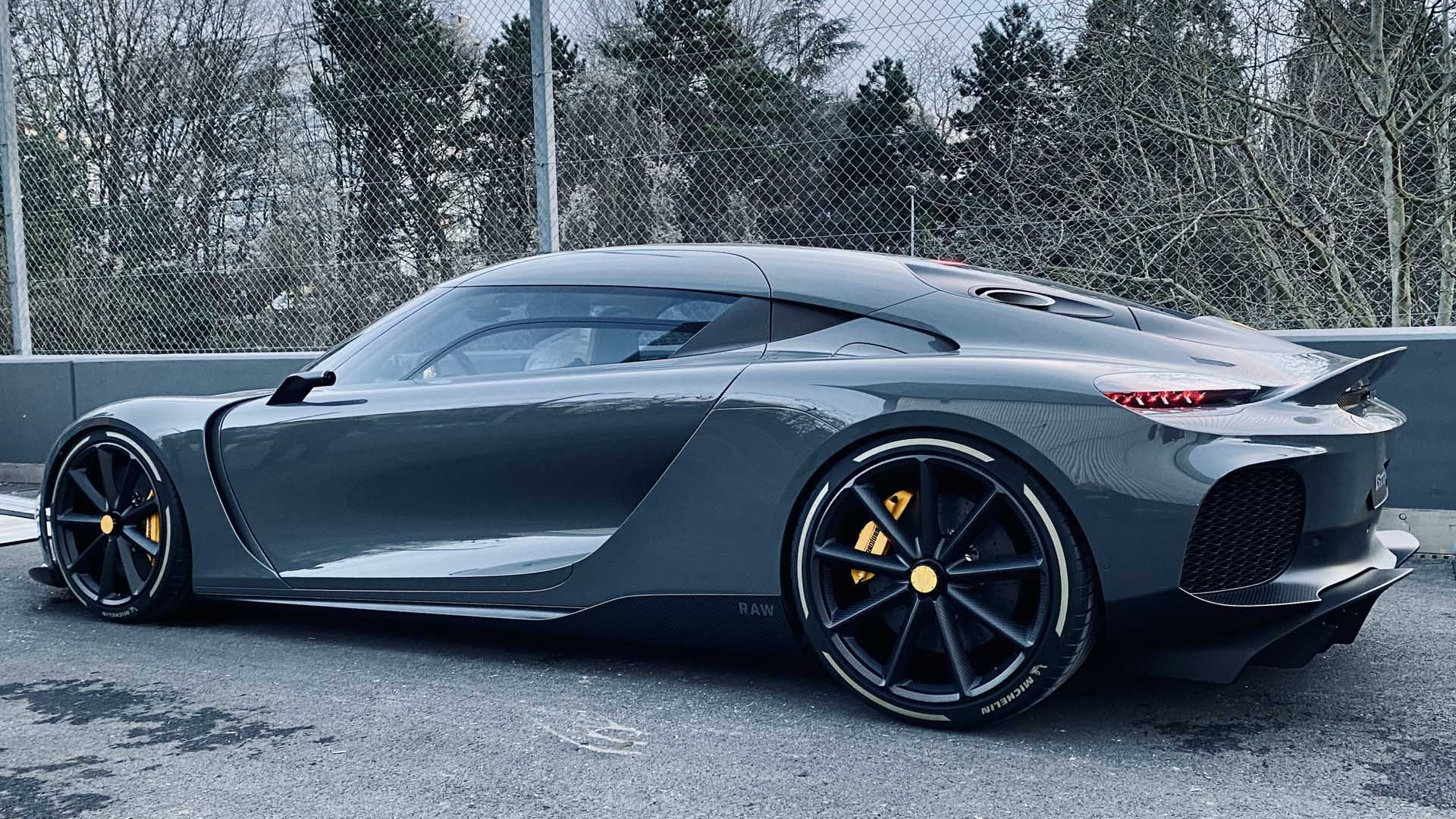 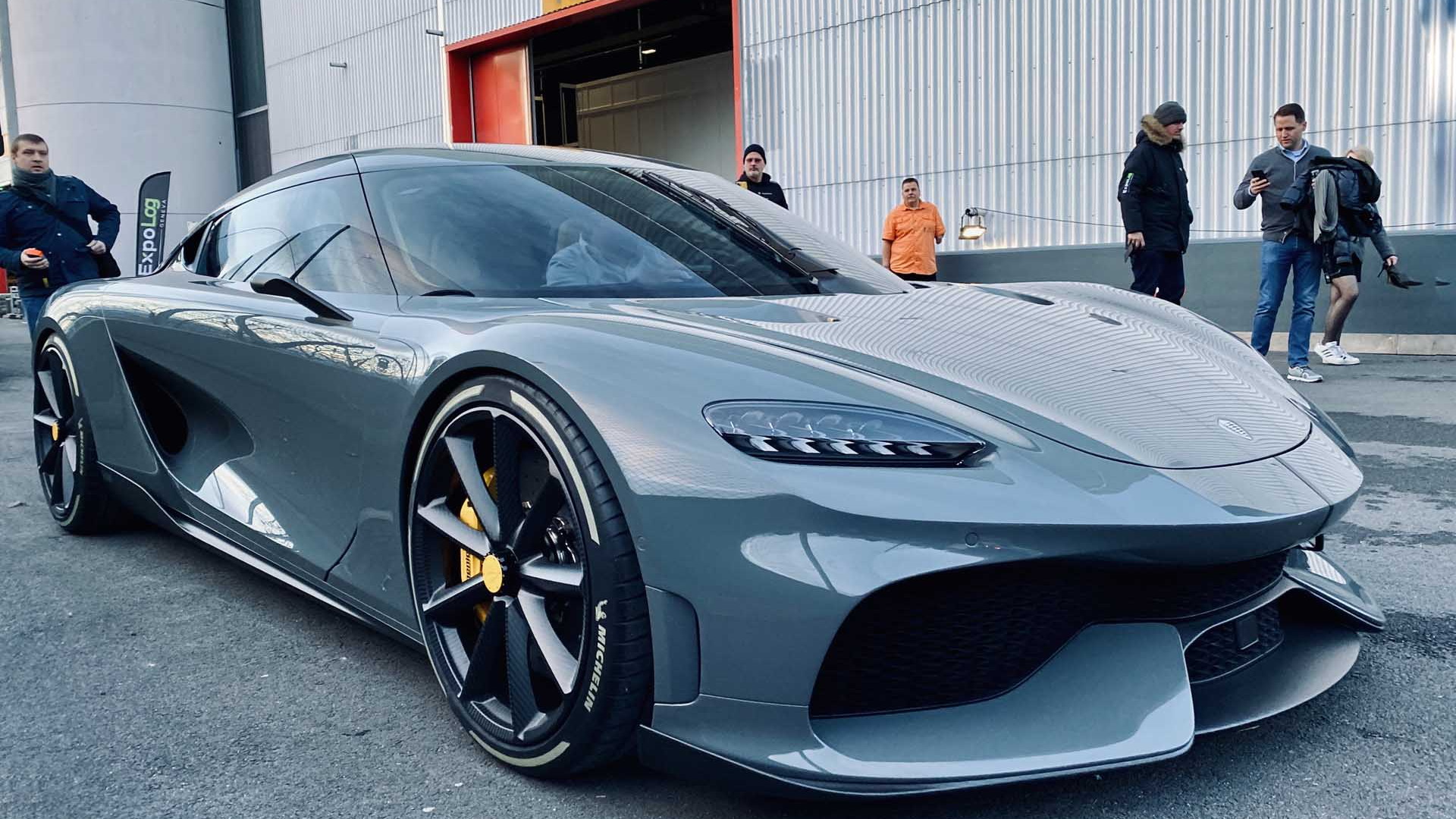 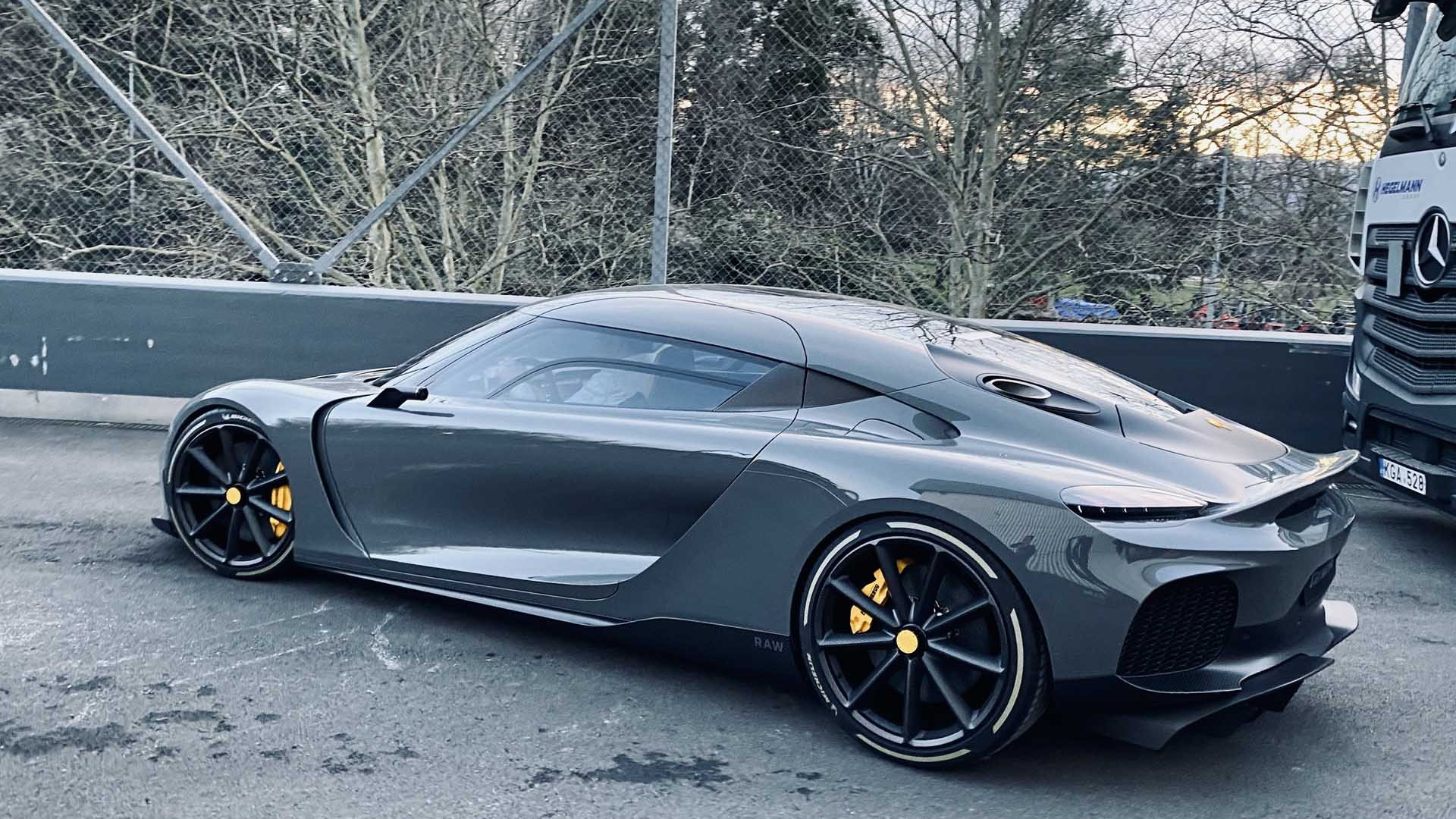 Not much about Sasha Selipanov follows any rule book for designers, if there were one.

Among his well-dressed and perfectly coiffed contemporaries who often dress within an inch of the runway and as if the credibility of their designs was directly proportional to the sizes of their watch faces, Sasha’s attire would fit in better at a truck stop.

His bushy beard, shaved head, black T-shirt (most often, a Metallica one), unbuttoned flannel, and jeans would be his signature style if the 36-year-old cared. He doesn’t.

While working at a major global automaker and designing painfully normal passenger-car interiors—the car-design equivalent of shoveling salt—Sasha moonlighted as an outlaw. He drew exotics, inspired by Italians and the cars he loved as a kid growing up in Russia. He designed a one-off Ferrari, rendered in 3D, inspired by the 250 series that he loved. The internet noticed. Ferrari did not employ him.

In 2004, while finishing his degree at Art Center College of Design in Pasadena, California, Sasha wrote to a small automaker he found in a Russian car magazine that his parents brought to him from Moscow.

“I basically just wrote an email to Christian ‘at’ Koenigsegg.com or whatever. I don't know, just an email address I came up with,” he says.

His letter, he recalled:

I just read something really amazing about you and your company. And first of all, wishing you all the best and second of all, wow, it just seems like an awesome place to join someday.

Of course not. Who gets a job at an ultra-exclusive automaker like Koenigsegg right out of college? “It wouldn't have been right for me,” he says.

Now, 15 years after that email, these days are that “someday” for Sasha.

Last year, Sasha joined Koenigsegg as its lead designer, stepping out from the regimen at nascent luxury automaker Genesis, where he managed to sculpt the jaw-dropping Essentia concept—maybe while no one was looking.

Before Genesis, Sasha worked at Bugatti and designed the exterior of the Chiron and Bugatti Vision Gran Turismo, among other drool-worthy machines he can’t even talk about. Before that? He worked at Lamborghini and worked on the Huracan.

His latest is a first for him and Koenigsegg in nearly every respect. The first “mega-GT” from the automaker, the first four-seater, the first with all-wheel drive and electrification. It’s the latest car from Sasha that’ll inevitably end up on a child’s bedroom wall like everything else he’s done. That’s the point.

“If you can touch a child's heart with your work, then you can also in the same way basically awaken that inner child within the customer,” he says.

He has only one rule that he’s followed throughout his career so far: “It's basically good-looking cars…I don't have a line that I'm trying to shove down anybody's throat. But I do think that the cars should look good.”

And his cars look good.

Almost two years ago to the day, Sasha helped unveil the Essentia at the New York auto show. The critical and customer response was uniform: Wow.

He brushes compliments back on that car and his others like wayward lines on one of his sketches. Despite his obvious talent, he’s unassuming and memorably kind.

He speaks with a medium Russian accent, tinged with a West Coast vowel shift, sprinkled with “like” and “man."

His round face is proportionate with the rest of his body. He’s built like a powerlifter; his sub-6-foot frame is sawhorse-sturdy. A warm smile often grows from his rounded cheeks and emerges from his thick beard every time his imagination is sparked or his curiosity is piqued. His poker face is surely lousy—his emotions are just as visible as his cars—but his thick hands and strong grip should warn any would-be ne’er-do-well: he’s not the first person you’d want to upset.

Sasha can talk cars for hours. He loves it. Prior to his post at Koenigsegg he would, too.

In New York in 2018, I found Sasha at a hopelessly hip New York party at the top of a building near SoHo. The kind where the ceilings are tall, and the drinks are short. The kind where the music is loud and the attire is louder. In other words, not really the kind of party for a guy wearing an old Metallica concert tee.

There, Sasha talked about his favorite cars, his favorite shapes, his hits and misses. He doesn’t mind talking about others’ hits and misses, too. It was the type of talk that fits in between glugs of Coors Light in a driveway between two friends in the afternoon sun on a Saturday—not a rooftop bar.

After an hour or more that felt like 15 minutes, the look from Sasha’s handlers said it all: Everything he just said was off-limits.

“I don't think I'm a loose cannon. I don't think I said something that was going to get anybody into hot water,” he recalled after two years with a smile that was audible through the phone. He lives in Sweden now.

Nothing he said to me that night in New York would’ve raised an eyebrow. His cars do that on their own.

When Sasha walked into the Koenigsegg headquarters for the first time last October, the Gemera was already taking shape.

Engineers had already sculpted a basic outline and renderings for a four-seater. Those early CAD designs were mostly formless, like a prototype supercar drawn with a chainsaw. Nothing like what showed up in Geneva outside the canceled auto show this year.

His first drawing for the Gemera was the nose. It took lines from the Koenigsegg CC prototype—likely the car Sasha ogled in the Russian magazine his parents brought for him—and shaped the four-seater’s menacing profile.

“I've always been obsessed with sports cars—basically a perfect thoroughbred machine—that makes no compromises for business or carryover strategy or cost savings. It’s out there to set benchmarks and standards and win races or go as fast as humanly possible. I'm just fascinated by the extremes,” he says.

As the Gemera took shape, Sasha formed a body digitally sculpted without pretense but stunning—a modern-day expression of a pure sports car with four seats, up to the task of looking every bit as special as its specification of more than 1,700 horsepower, a 0-60 time of less than two seconds, and a cam-less internal combustion engine that sounds like a world-beater.

Perhaps in the back of his mind was Bizzarrini’s shape for the Ferrari 250—one of Sasha’s favorites. Bizzarini famously sculpted the nose of the 250 around a cell that was already intact. The autostrada was his wind tunnel, and one of the most beautiful Ferrari shapes ever made had almost nothing to do with passion or emotion—it was function over form.

“The roots of what we find as beautiful in car design were laid down not by the hyper intellectual designers, but it was laid down in body shops with people (outlining shapes in wood) and laying sheet metal down and then hammering it into shape,” he says.

That yeoman’s mentality didn’t stop there.

Sasha’s lead role at Koenigsegg also gave him the chance to finish what he started first at night, more than 10 years ago, while he shoveled artistic salt.

Raw Design House is Sasha and Koenigsegg’s in-house specialty design team. It’s part of the Koenigsegg brand, but able to tackle projects away from the automaker. It has its own secure network, and functions as a boutique designer for one-offs. The idea was Christian’s.

“It seems like we might have quite a bit of talent in the design team. We already have a few people who are coming on board, leading the team. We're going to have work for you guys as well. But why don't we set this up as an independent entity?” Sasha remembers Christian telling him. “If you find an exciting project that you would really like to do, we wouldn't say no to that."

“We are a supplier of talent, of skill, of vision,” Sasha says about Raw Design House.

Sasha admits that he has two projects right now that aren’t related to Koenigsegg, but he can’t talk about either.

“I don't know what the future holds, but up until now, individualization and the appetite for high-end clientele for unique cars has been only growing…there are some possibilities there to do something exciting,” he says.

His possibilities are nearly endless. Emphasis on nearly, because he’s maintained for years that there’s one thing he wouldn’t do.

In New York, Sasha told me he’d never design a crossover. In hindsight, it was his telegraphed move after releasing a low-slung, two-door, electric supercar. Genesis’ portfolio clearly lacked crossovers at that time, and they’re the bread-and-butter for any automaker not making a few hundred, high-dollar cars each year like Koenigsegg. You can guess how long Sasha lasted after that.

“I would say I'm doing everything I can to avoid (crossovers). Every time Christian and I have our little brainstorm, it's about what the future holds. We have hundreds of ideas and I could, with plenty of passion and joy, work on any one of those,” he says.

That may not be by the book, strictly speaking.

It never has been for him.

Correction: A previous version of this story misstated the horsepower of the Gemera. It's more than 1,700 hp.