If driving hands-free is the future, then General Motors is leading the way when it comes to production vehicles, and now the automaker is adding even more functionality to its system.

GM last summer announced that its Super Cruise driver-assist system, which ranks at Level 2 on the SAE scale of self-driving capability, as it still requires full supervision, has been upgraded with automatic lane changes, as well as trailering capability for SUV and pickup truck models.

The enhanced version of Super Cruise will be available on select 2022 versions of Cadillac's Escalade, CT4 and CT5, plus the Chevrolet Silverado, and GMC's Sierra and new Hummer EV. And when the 2023 model year rolls around, there will be a total 22 vehicles available with some form of Super Cruise, including the Cadillac Lyriq.

For current owners of select 2021 models equipped with Super Cruise, an over-the-air software update will be available to purchase starting this summer. The software update adds automatic lane changes to the 2021 Cadillac CT4, CT5 and Escalade, and trailering capability to the 2021 Escalade. 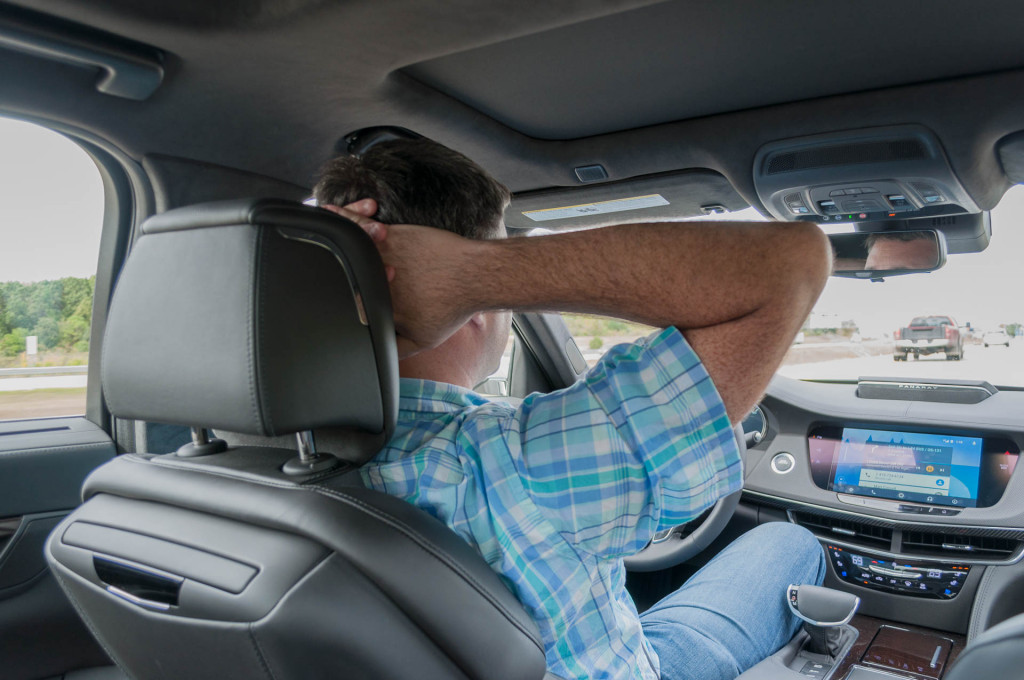 GM hasn't said how much the software update will cost.

Super Cruise combines multiple driver-assist features like adaptive cruise control and lane keep assist with map and GPS data to accurately place a vehicle in its lane and ensure safe and smooth operation. The system is currently designed for highways only, and only where there is sufficient map data.

There are about 200,000 miles of compatible highways across the United States and Canada, and almost the same amount for China. For vehicles equipped with Google Maps, the navigation system is able to show routes where Super Cruiser can function, during route selection.

In 2023, GM will introduce an even more advanced version known as Ultra Cruise. According to the automaker, Ultra Cruise will handle 95% of the country's roads, meaning many journeys won't require any actual driving by a human. Like Super Cruise, Ultra Cruise will still require the driver to monitor things at all times and take action when necessary. Otherwise, it will shut down. This means it will still be a Level 2 self-driving system.

Some automakers have already started introducing Level 3 systems, which is the first level where some unsupervised driving is possible. Honda started offering a Level 3 system for highways in Japan in 2021, though the system is extremely limited in the conditions in which it will function, particularly its speed band. Mercedes-Benz plans to launch a more capable Level 3 system in Germany this year and is in the process of seeking permission for the system in the U.S.