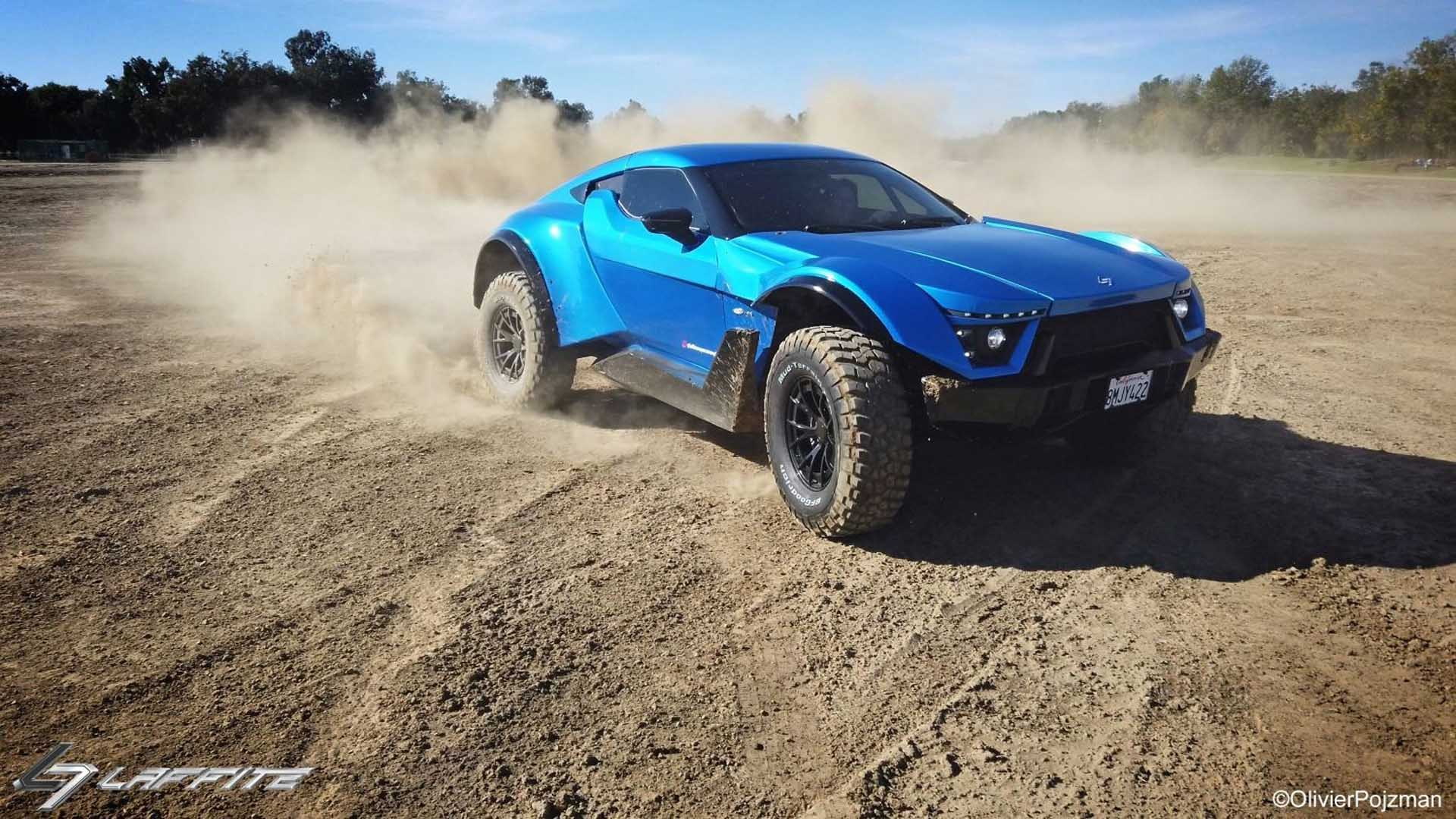 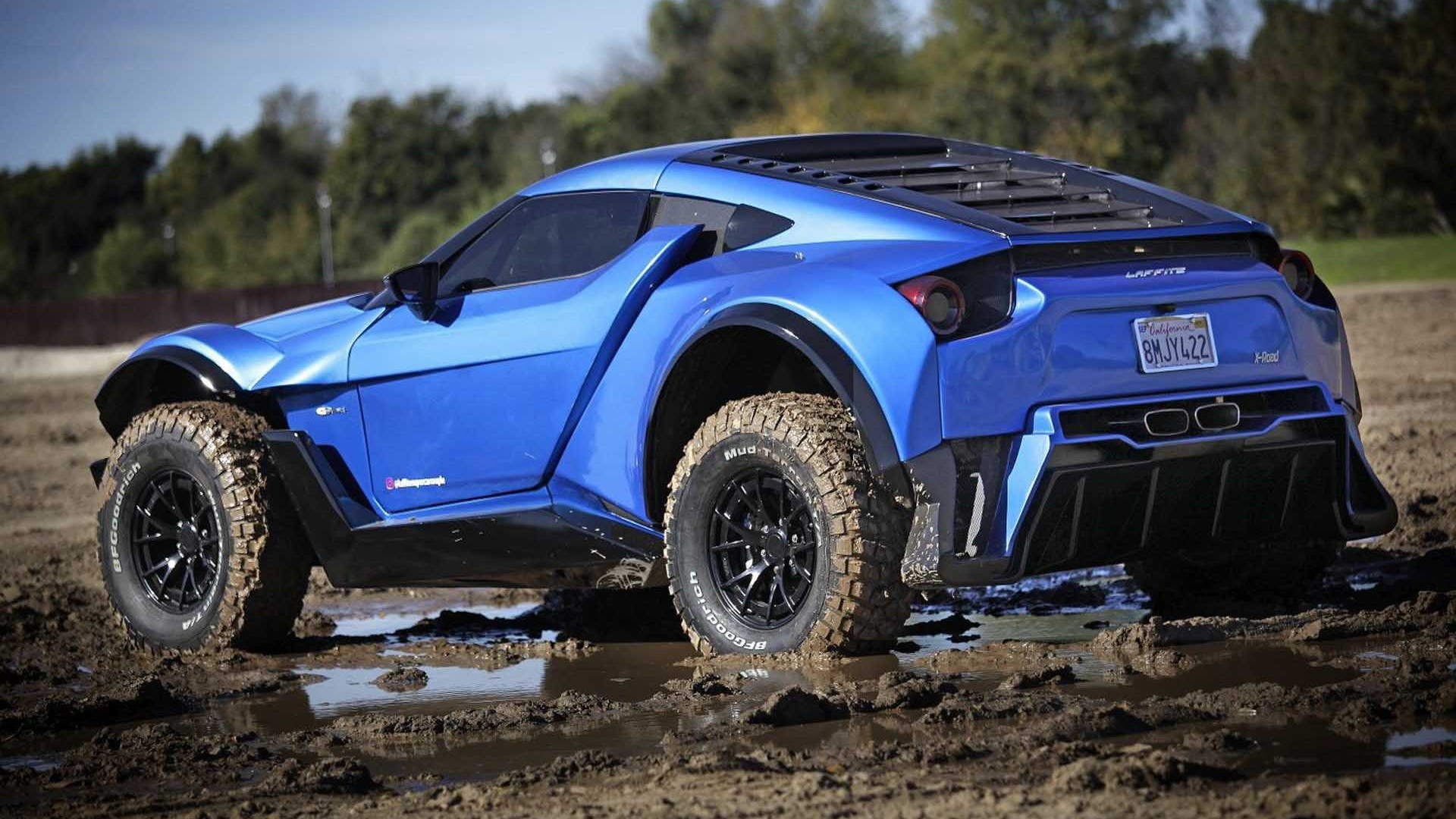 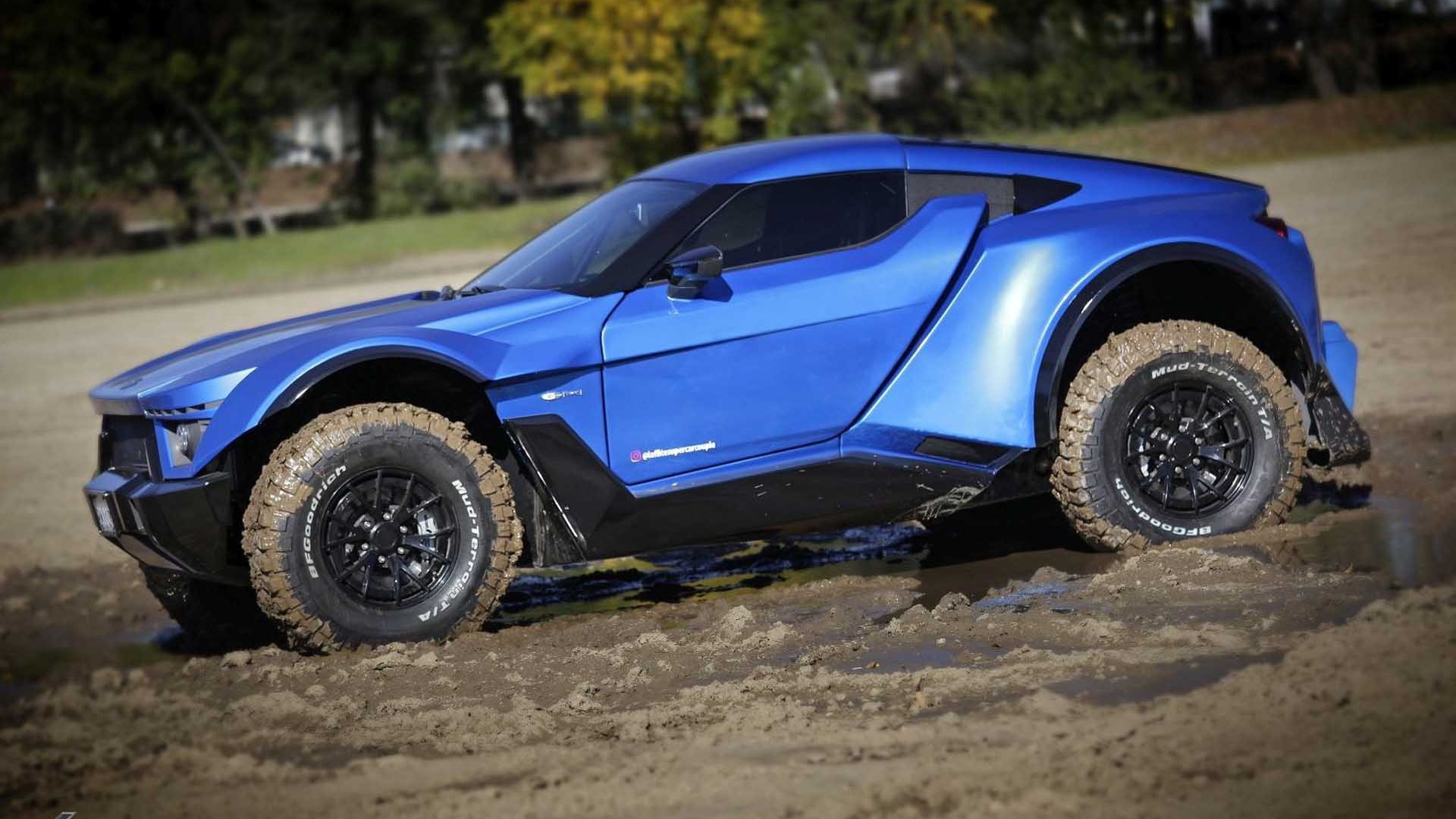 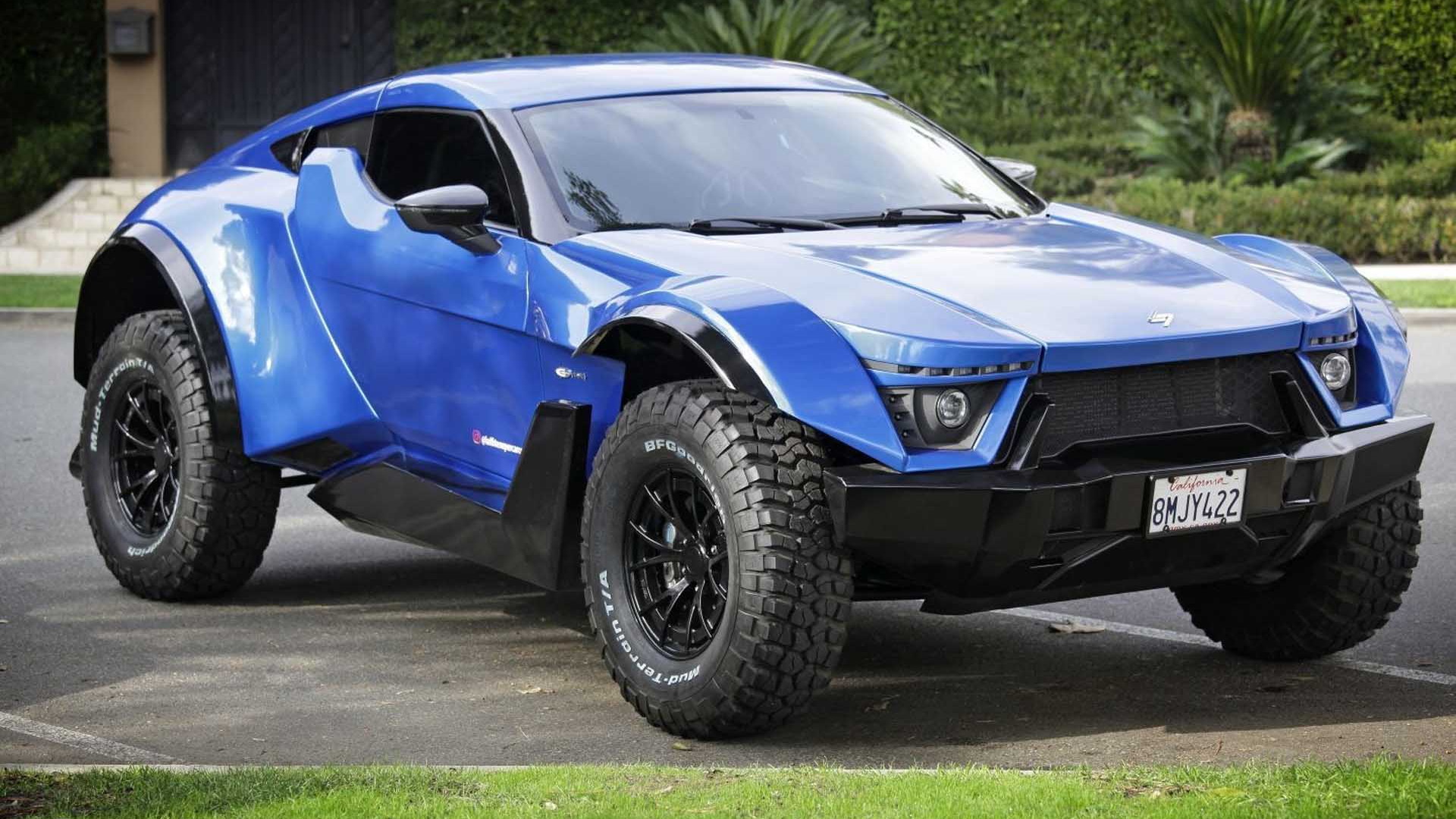 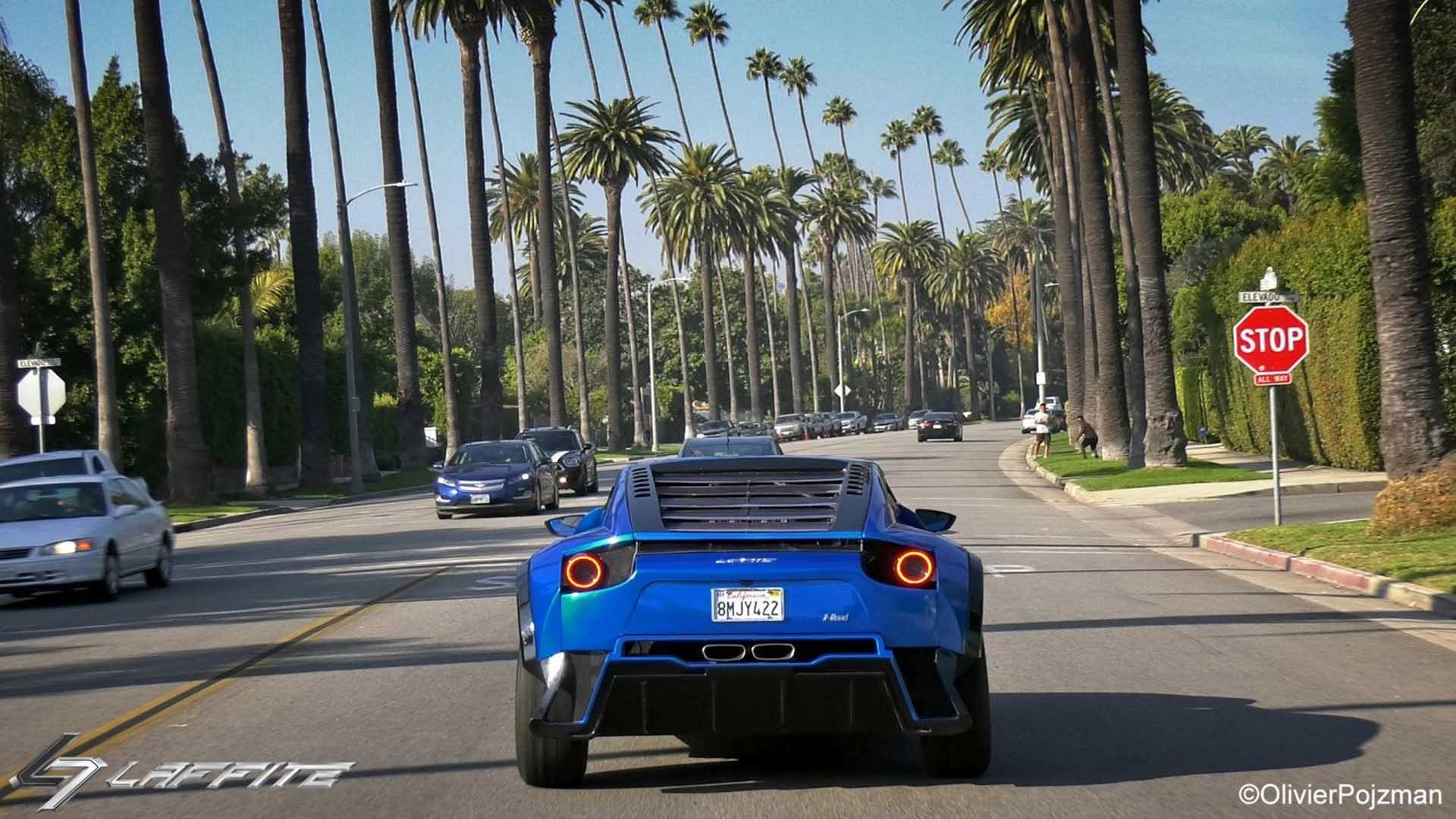 The world of custom, small-production vehicles thrives in the margins.

The Laffite G-Tec X-Road is one of those vehicles and answers the question: "What if a new Toyota Supra took a bunch of steroids and turned into an off-roader?"

The G-Tec X-Road isn't related to a Supra nor is it really related to anything else. It's the brainchild of Laffite Supercars, an LA-based automaker churning out extreme machines, including a road-going LMP thing called the X-24.

While we're not sure what to call it for short—G-Tec? X-Road? monster?—the car gets its power from a GM LS3 V-8 that churns out between 470 and 720 horsepower, depending on the customer's preference and life goals. That power is sent only to the rear wheels via either a 5- or 6-speed sequential transmission, both with paddle shifters. 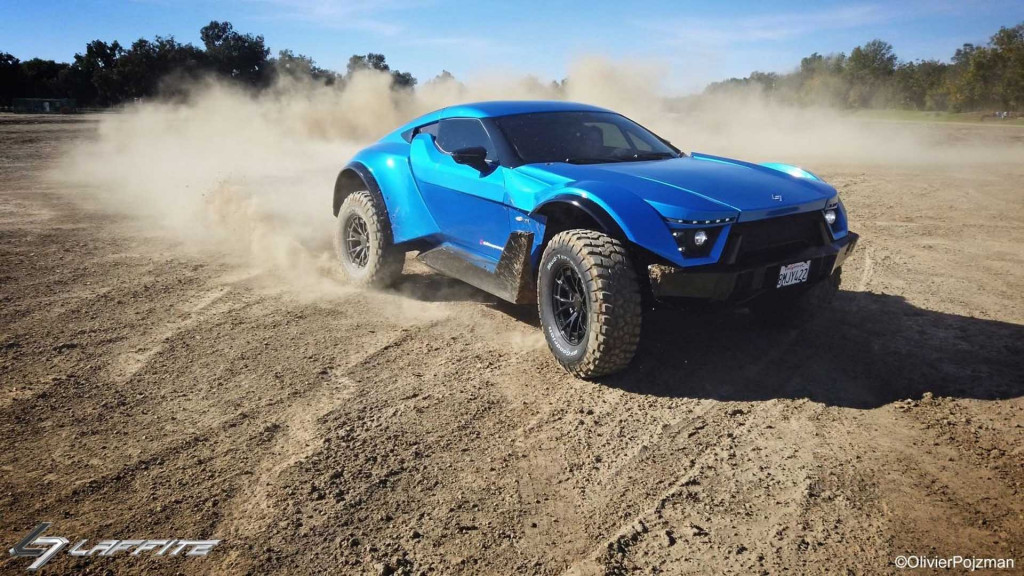 According to the company, the X-Road's 17-inch suspension travel means it's cleared for takeoff just about everywhere, and the lightweight chromium molybdenum steel frame can take a beating. The top speed of the X-Road is 143 mph, presumably anywhere, and although the company doesn't quote a 0-60-mph time, it's likely quicker than it needs to be.

Laffite plans to build 30 examples of the G-Tec X-Road. All will seat only two and come with most modern conveniences. The company doesn't specify what goes into the custom interior, but who really cares when you're bombing dunes at more than 100 mph?