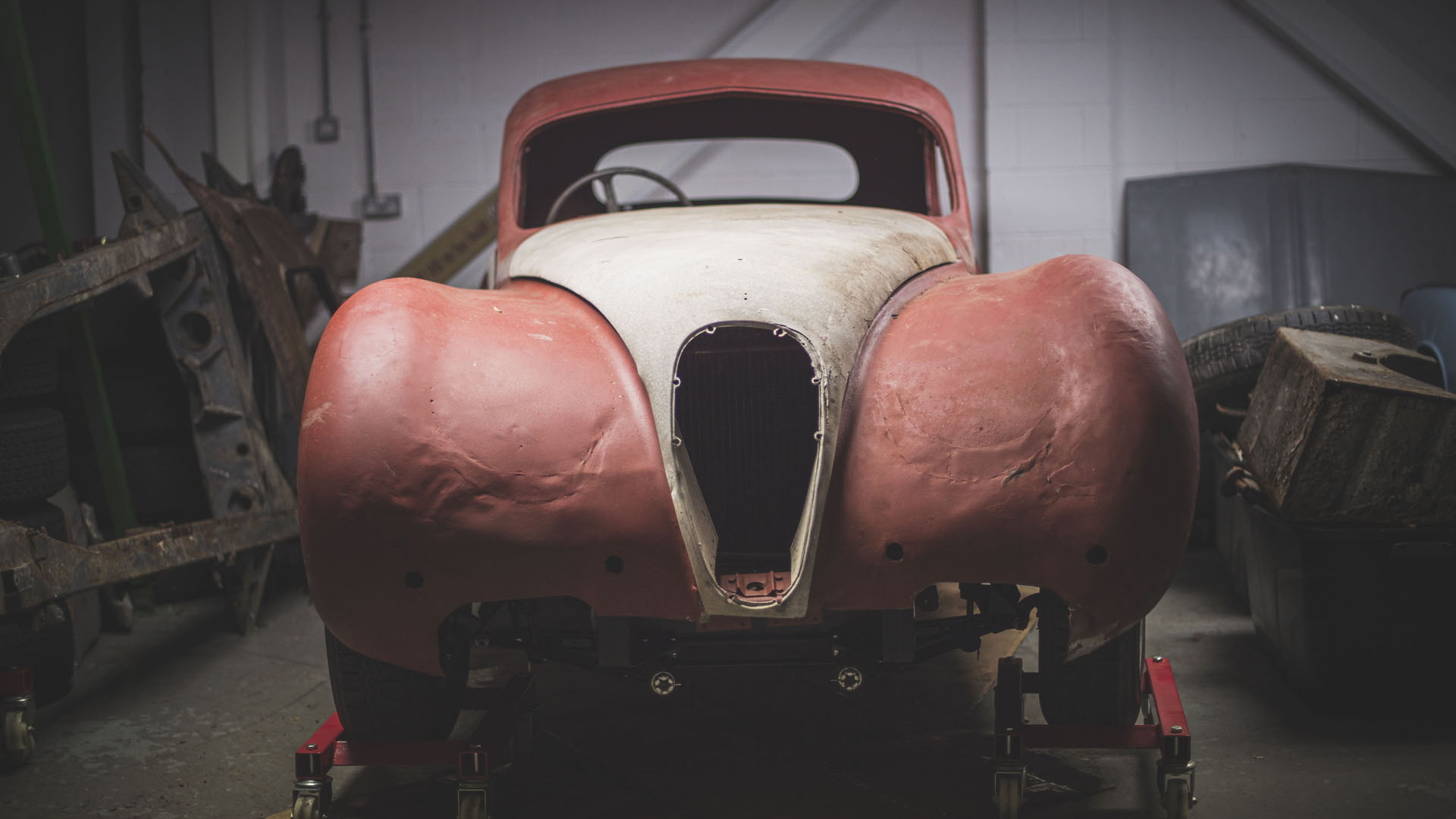 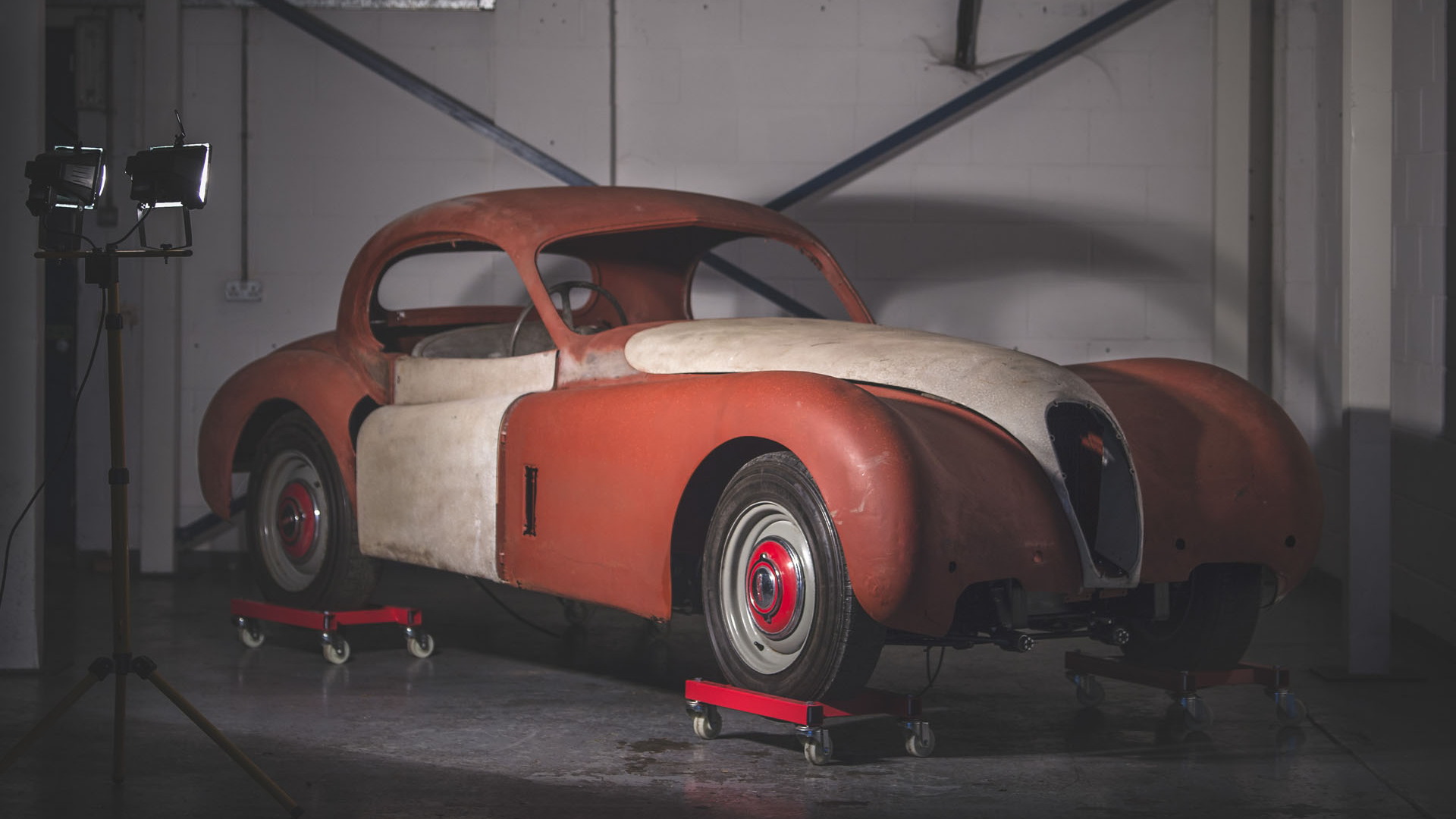 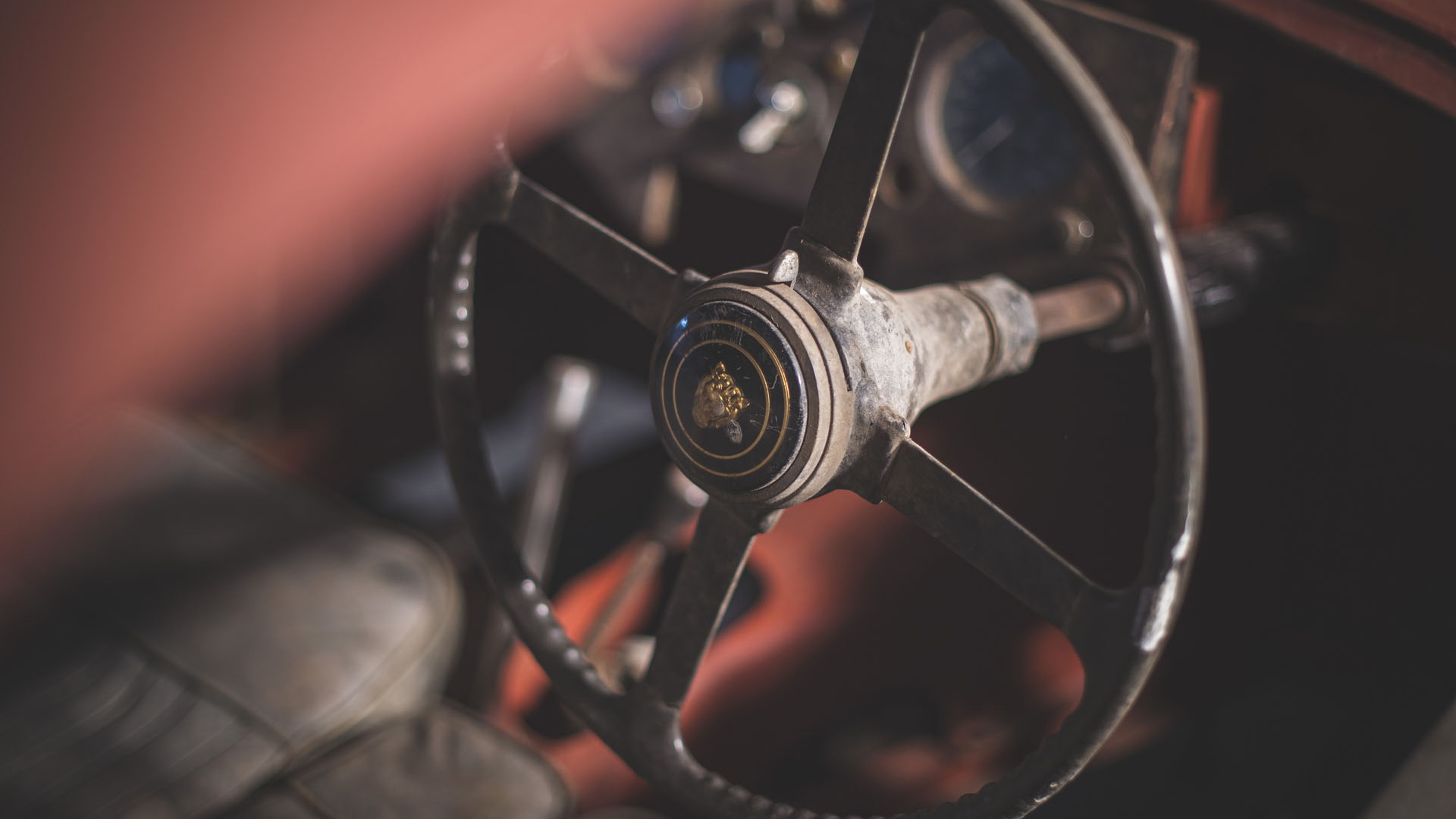 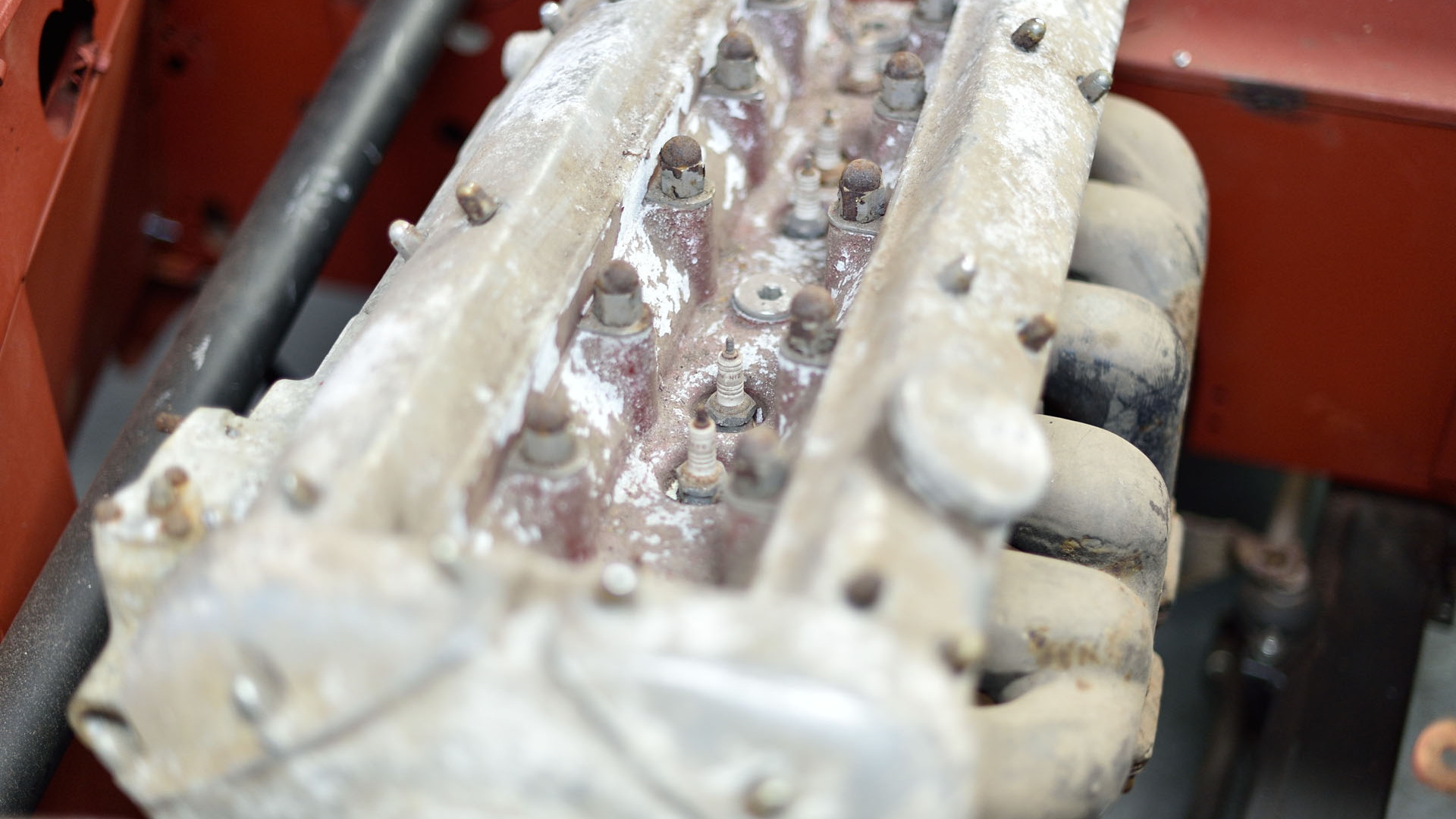 An original barn find 1954 Jaguar XK120 hard top coupe is going up for auction next week, giving one determined bidder the opportunity to take home one of just 151 original right-hand-drive variants ever produced.

The find is going up for auction via The Market, which is a UK-based take on Bring a Trailer. According to the auctioneer, the XK120 is of unknown mileage and sits in "partially built yet largely complete condition." We'd say it's complete with a thick layer of dust and plenty of rust brought on by 50 years of seclusion in a barn in Wales.

The Market provides a smattering of photographs and a walkaround video to accompany the listing. They show the Jaguar's doors, hood (bonnet) and trunk (boot) lid have been stripped down to what appears to be bare metal. The body appears to be wearing rust-colored primer; its included heritage certificate indicates that it was originally painted in "Birch Grey."

Inside, the wood-veneered dashboard and door caps appear to be missing, but the rest of the interior looks to be relatively intact. The steering wheel, gauge cluster, shift know, and seats are all present. A large number of spare and replacement parts are shown in the photos accompanying the XK's auction listing.

"This car's story makes it even more interesting and appealing to buyers," said The Market director Tristan Judge. "With the current owner having spent some 50 years tinkering, now the opportunity exists to take-over and finish the existing project or begin a new restoration to return this classic to its former glory."

In 1954, the XK120 boasted a 3.4-liter inline-6 producing approximately 160 horsepower that it sent through a 4-speed manual gearbox. The "120" in its name referred to its theoretical top speed, though it far was better at reaching that speed on a dyno than it was under normal driving conditions.

The XK120 is one of just 57 examples in this configuration thought to exist today. The current title holder is the second owner, and The Market estimates that it will command a price between $32,000 and $45,000. Bidding for the Jag will open on Nov. 20 and close on Nov. 27.