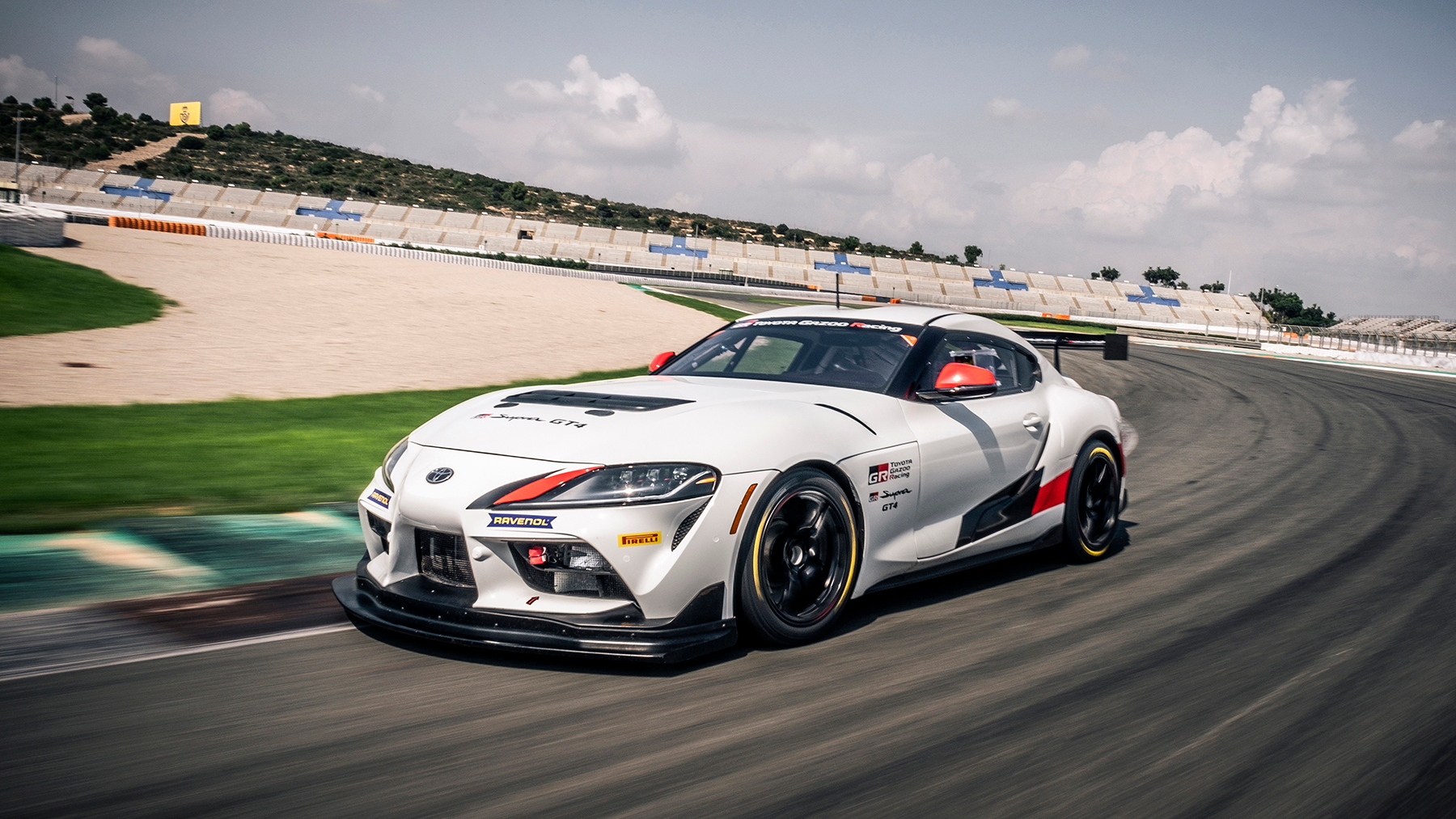 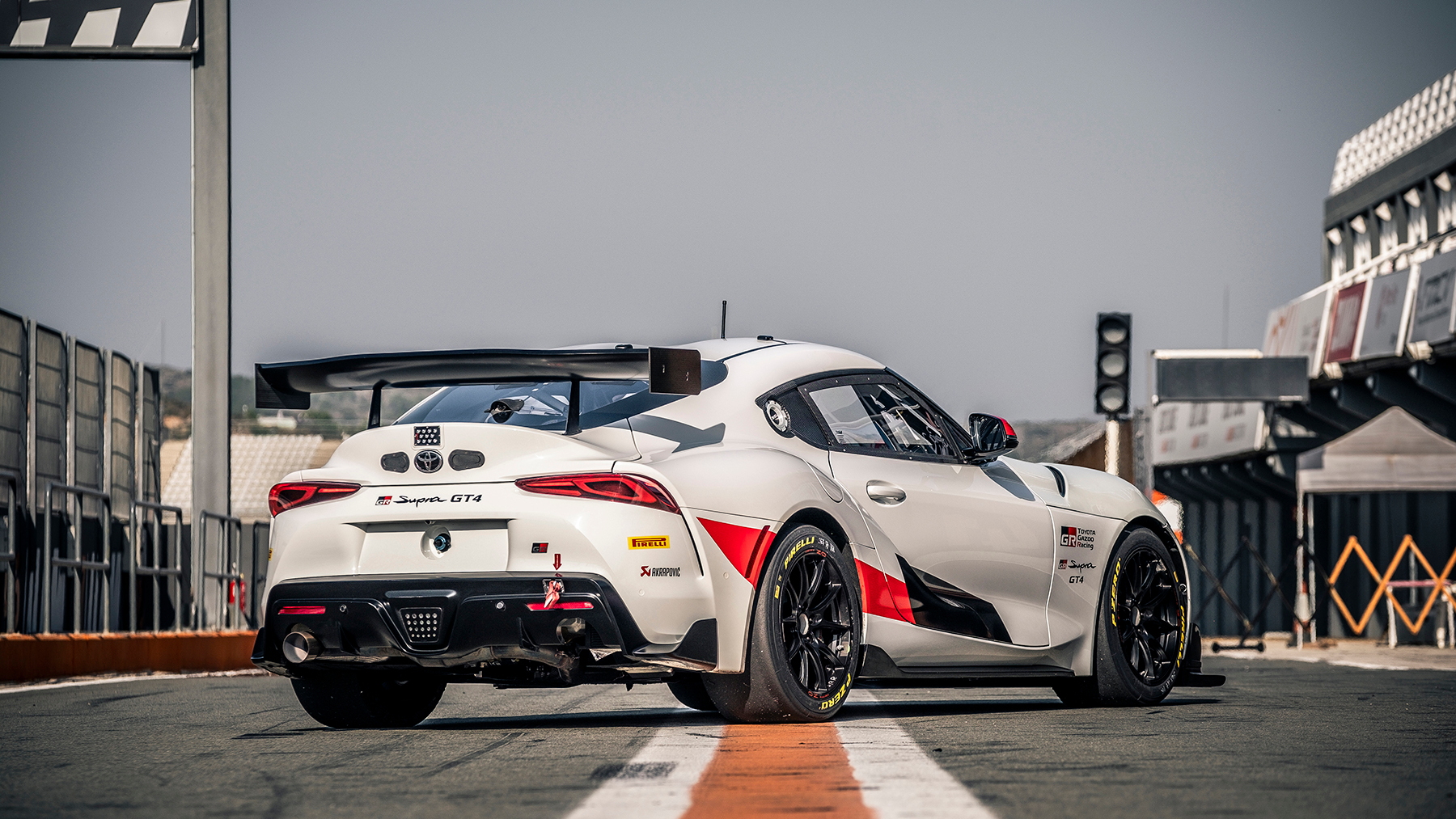 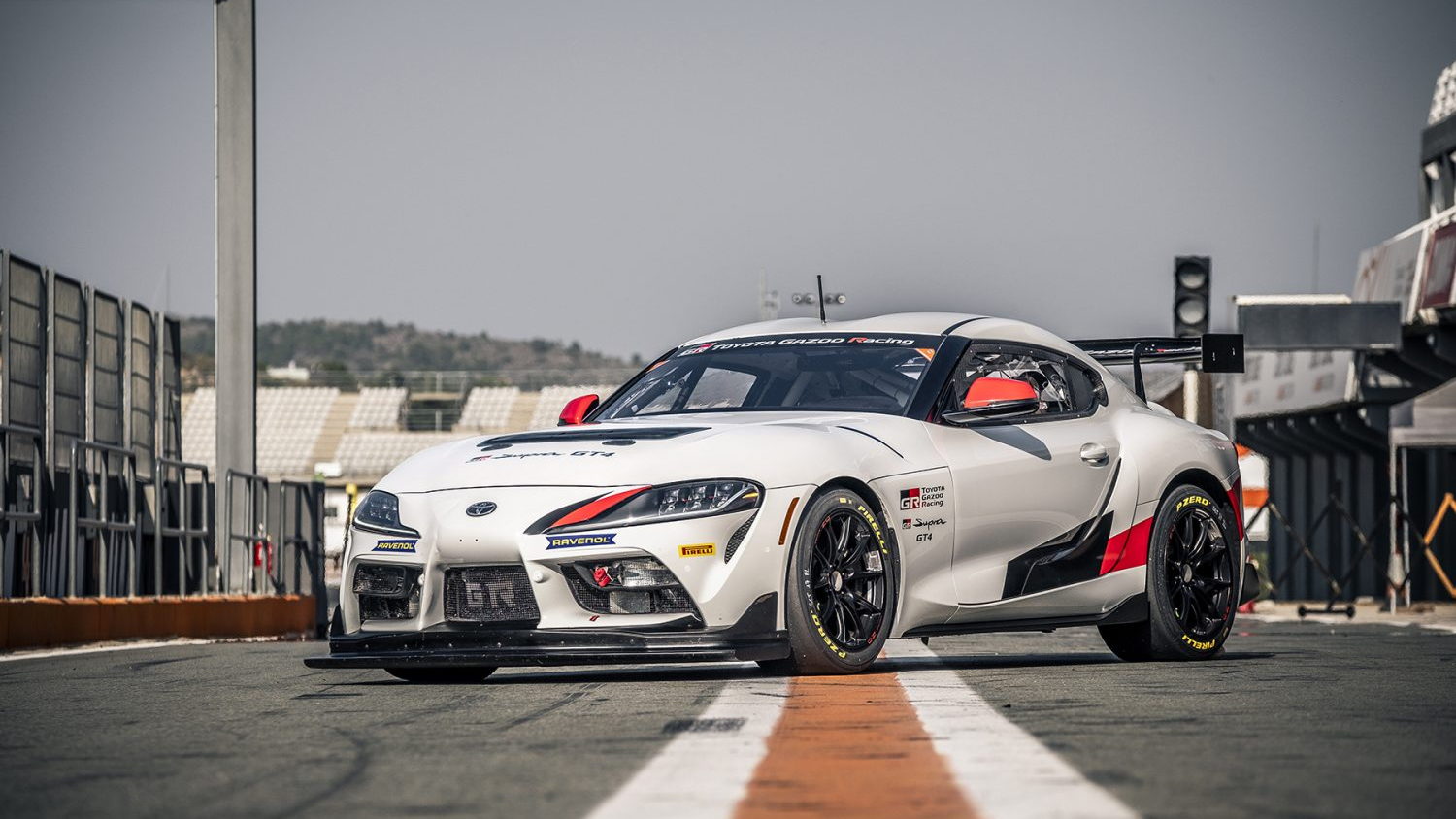 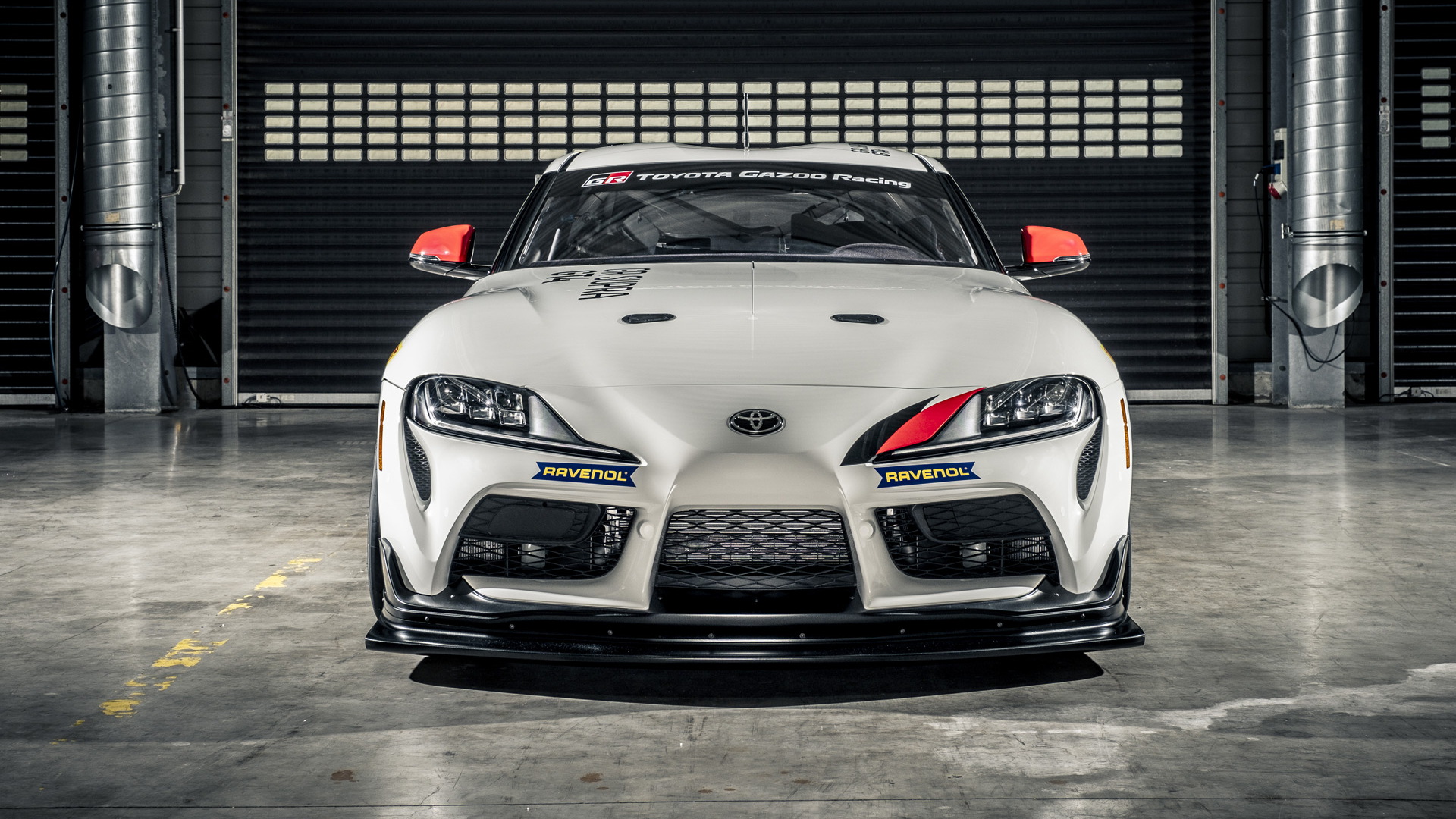 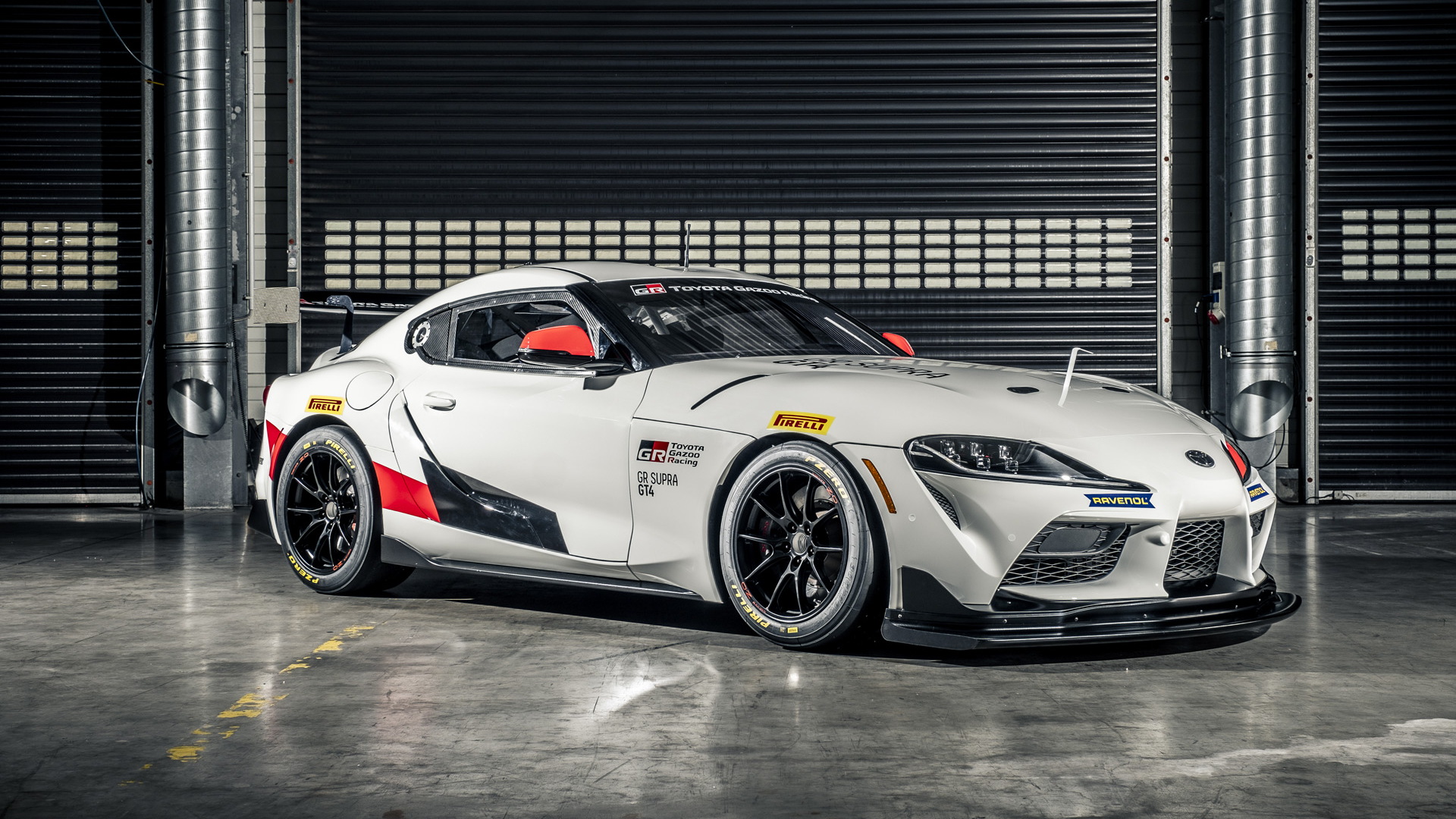 Toyota showed the Supra GT4 customer race car in March, then announced in July that it would indeed be built. Now we know when it will be available. The 430-horsepower Supra GT4 race car will be available to its customer racing teams in Europe starting in March and the U.S. in August and Asia in October, Toyota announced Tuesday. The price? A modest $195,000 based on current European exchange rates.

The GT4's differs from the road car in many ways, even though it's clearly based on the street car. Inside, the GT4 has been almost completely gutted, with a carbon fiber dash panel, a full cage, and fixed-back race seat standing in for the road car's far more luxurious appointments.It also features an OMP racing seat with a six-point harness, an 8-inch driver display, a data logger, and a fire extinguisher.

Outside, it boasts an adjustable rear wing and a unique front diffuser—both made of natural-fiber composites—along with whatever team livery Toyota's customers ultimately go for. 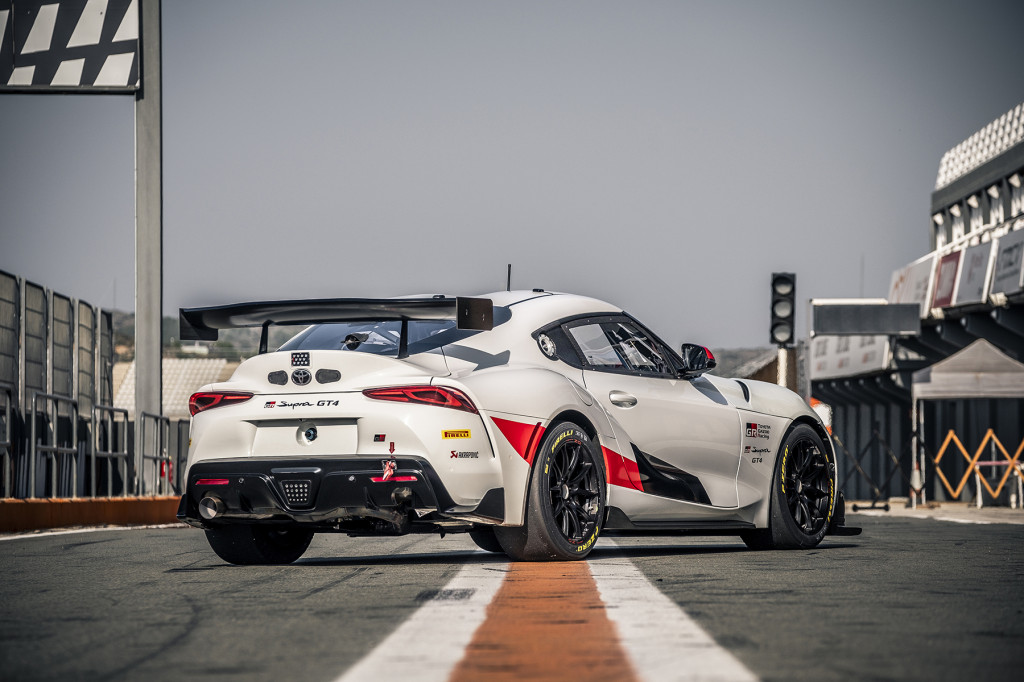 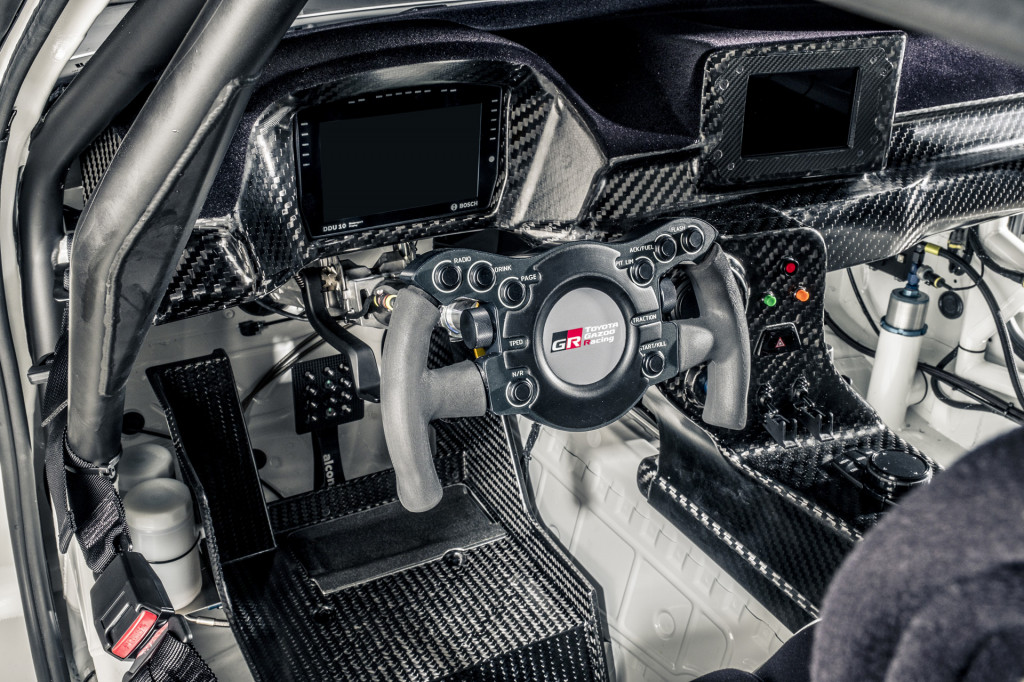 Underneath, the GT4 gets competition springs, KW adjustable dampers, and anti-roll bars, but the geometry itself is purportedly identical to that of the road car. The GT4 also gets racing-specific brakes—15.4 inches up front with 6-piston calipers and 14 inches in the rear with 4-piston calipers—for extra stopping power. It rides on 305/660 Pirelli racing tires mounted to 18x11-inch OZ wheels. Altogether, Toyota says the Supra GT4 will check in with a dry weight of just 2,976 pounds—down 500 pounds from the road-going Supra's curb weight.

The Supra GT4 also has motorsport-specific driveshafts and a mechanical limited-slip differential instead of the street car's electronic LSD. Power goes to the rear wheels by way of a 7-speed automatic gearbox rather than the road car's 8-speed automatic. The GT4 boasts 95 more horsepower than the base Supra, and while the engine itself is based on the road car's, it gets a new ECU and custom tune along with an Akrapovič free-flowing exhaust system.

Development of Toyota's Supra-based racer was handled by TMG in Cologne, Germany, with collaboration from the aforementioned Akrapovič, Pirelli, and Ravenol (which supplies the GT4's lubricant pre-fills). TMG was also involved in the development of the company's LMP1-class TS050 Hybrid for the WEC and Toyota's legacy Formula One cars.