Ford engineers in the United States have been spotted with a test mule for a high-riding, mid-size wagon. Think a soft-roader to challenge the Subaru Outback and Buick Regal TourX.

Though it's yet to be confirmed, the soft-roader is thought to be a direct replacement for the Ford Fusion sedan after it bows out next year. Remember, the Mustang will be the only vehicle that isn't an SUV, pickup truck or van in Ford's North American lineup next decade.

There are rumors Ford plans to keep the Fusion name, or a variation of it, in use here, so don't be surprised if the mystery vehicle ends up labeled something like Fusion Active. The Active designation is what Ford uses for soft-roader models overseas, like the Fiesta Active and Focus Active. Ford had planned on importing the Focus Active from China, but the trade war put an end to that happening.

For the test mule, the engineers have used a stretched body borrowed from the Focus Wagon sold overseas to cover the underpinnings. Those underpinnings are thought to be an updated version of Ford's CD4 platform for mid-size cars that debuted in the current Fusion. This means there's the potential for front- and all-wheel drive, as well as plug-in hybrid powertrains. 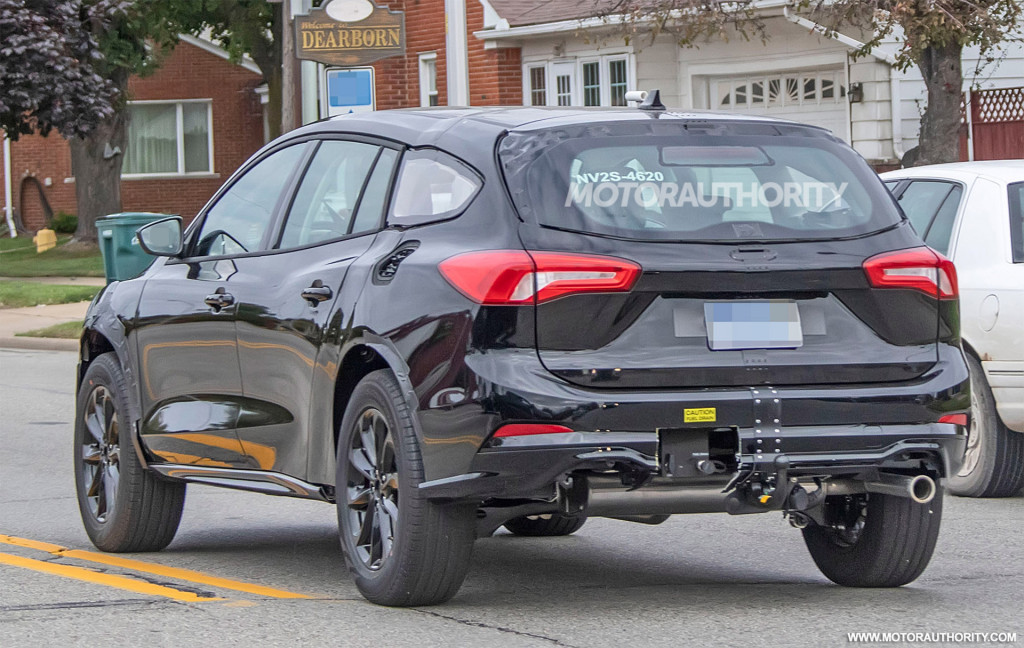 An alternative could be a stretched version of the compact C2 platform that debuted last year in the latest Focus. It may explain why the engineers used a stretched Focus Wagon body for the test mule instead of a larger Mondeo Wagon. The Mondeo is the name the current Fusion uses outside North America.

Since we're only at the test mule stage, it could be six months or more until the first prototypes arrive. This means that any reveal isn't likely to take place until 2021, which points to the soft-roader arriving as a 2022 model.

Note, while the Fusion sedan will soon be dead in the U.S., it is expected to continue on sale elsewhere. A version with updated styling is expected to be launched overseas in 2020.