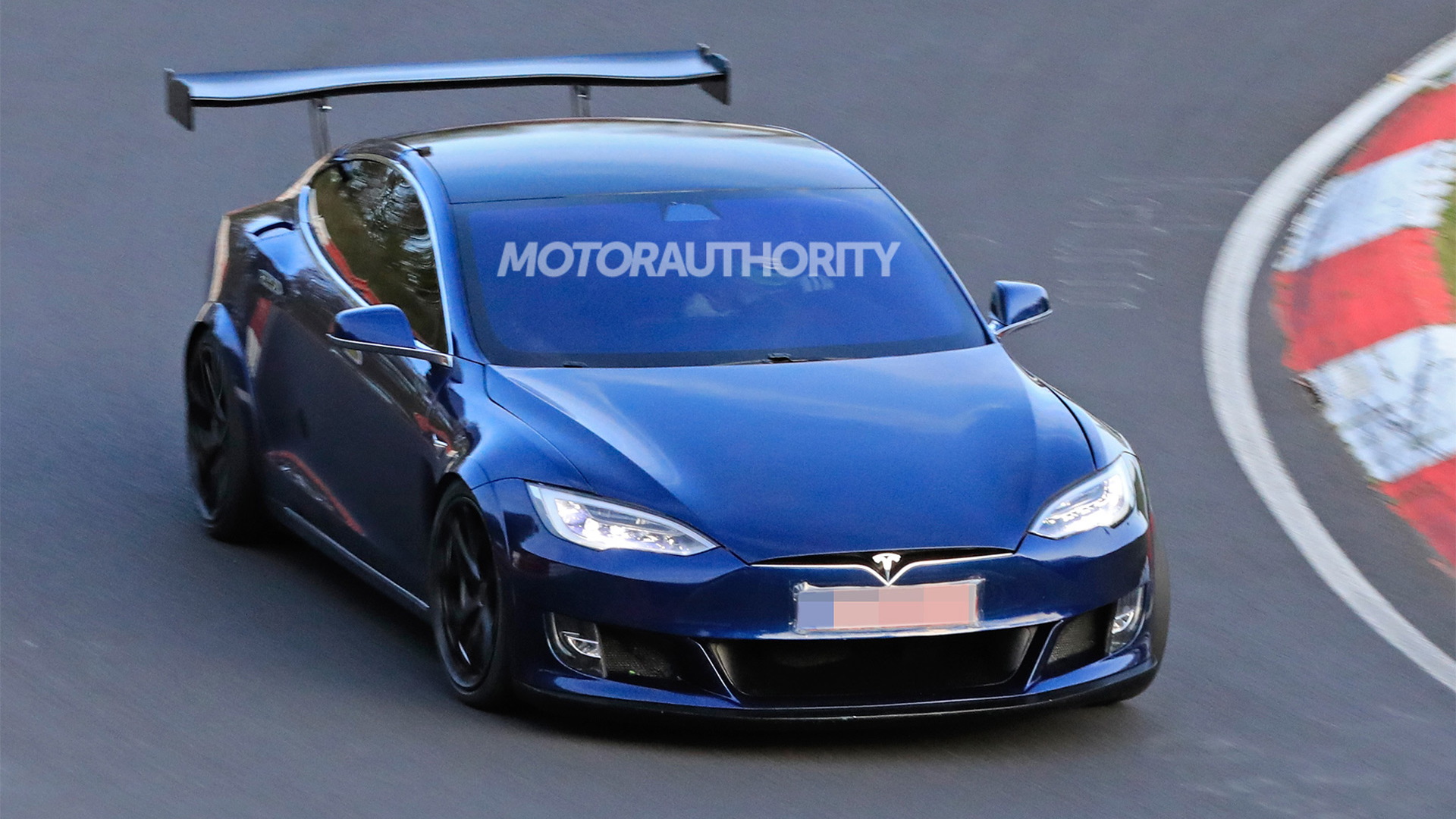 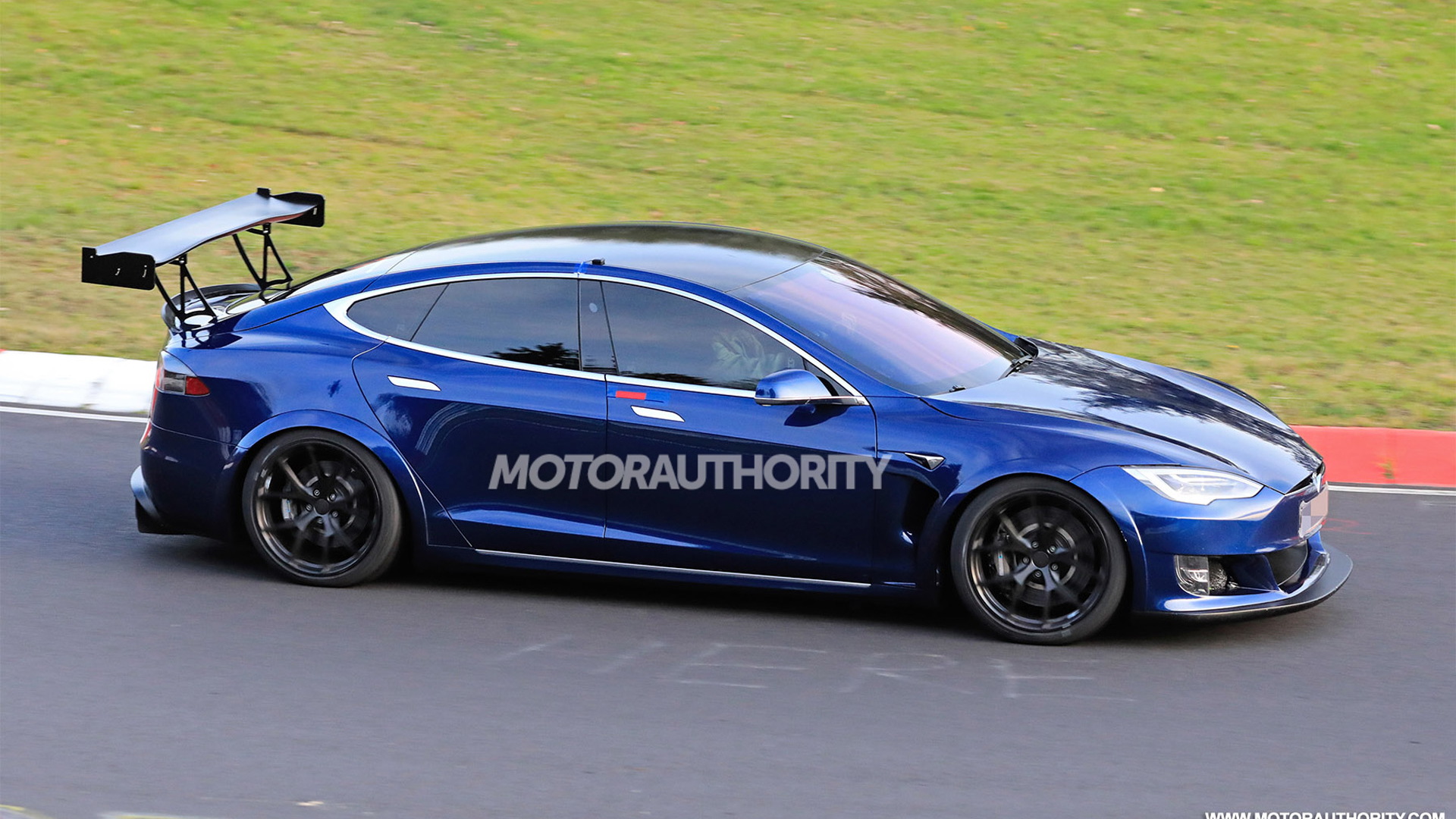 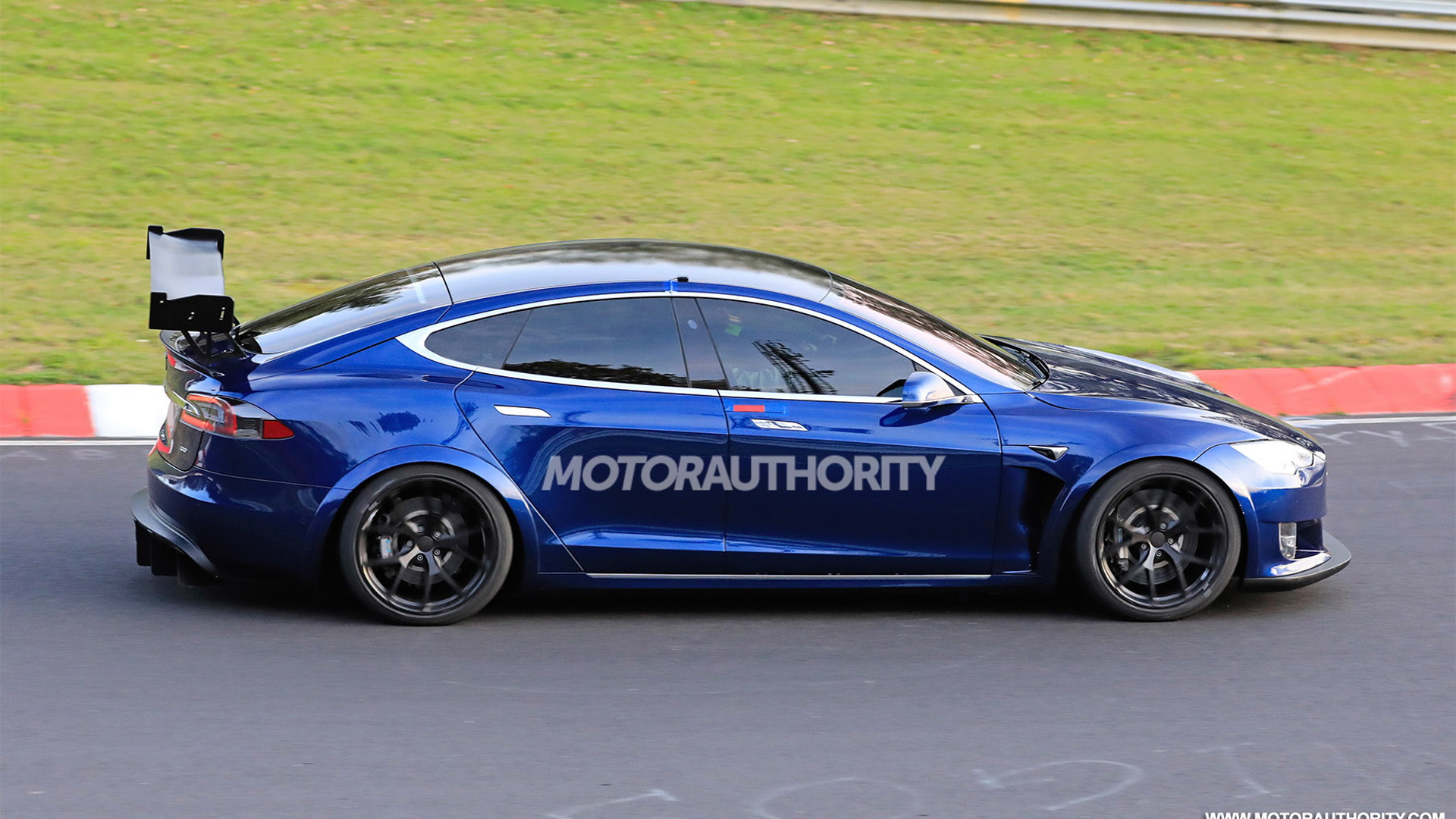 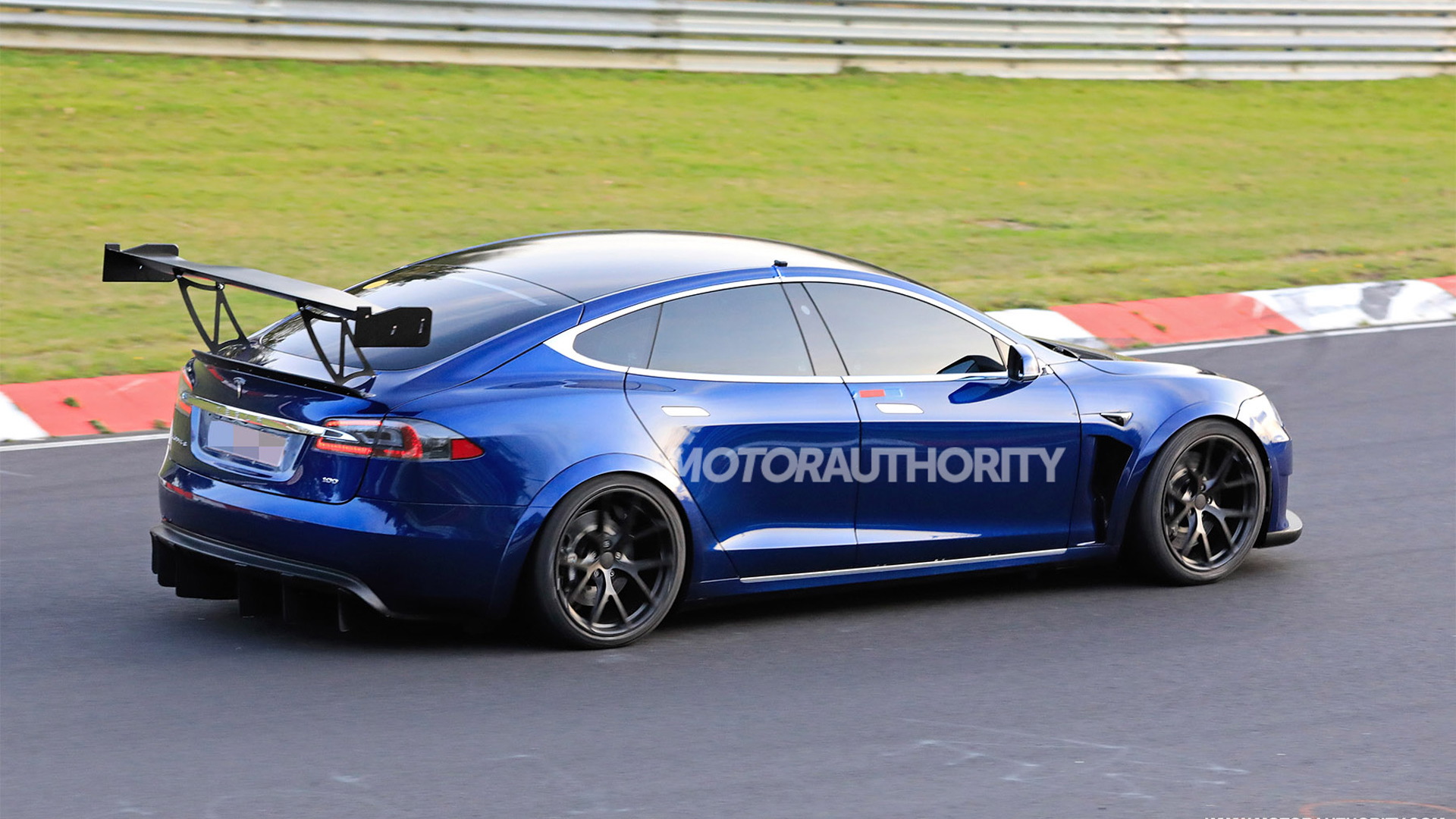 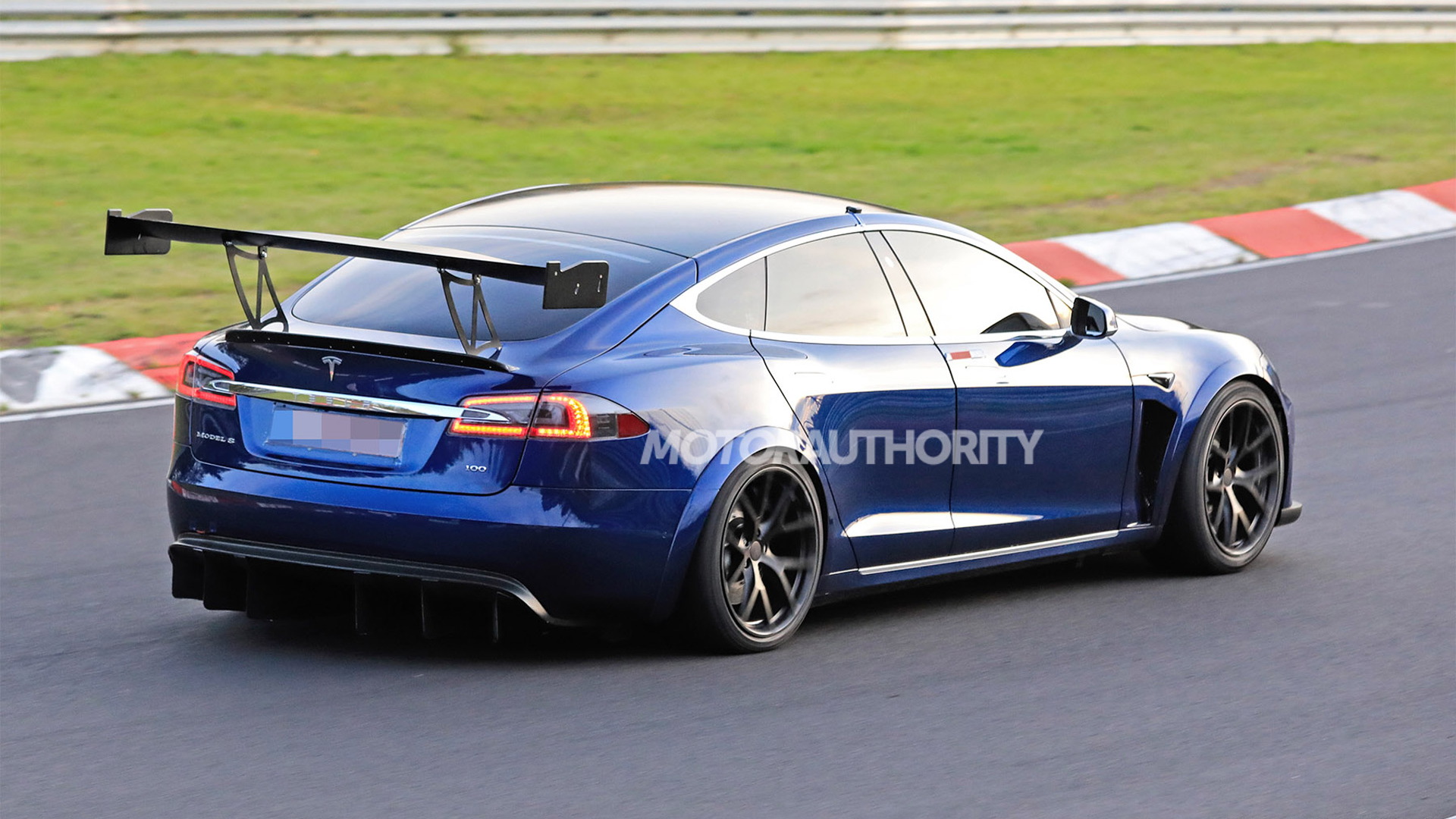 Tesla CEO Elon Musk in September said the company was working on a new flagship powertrain called the Plaid that will be made available on the Model S in 2020.

Days after Musk's comments, prototypes for the Model S Plaid were spotted testing at the Nürburgring where they were achieving lap times approaching the 7:20 mark.

The prototypes were later discovered to be far from production-spec, as they weren't even fitted with interiors, but the stunt did prove the potential of the Plaid powertrain and no doubt provided valuable feedback for Tesla's engineering team.

Now the team has returned to the 'Ring with updated prototypes sporting modifications that could more closely resemble what's coming for the production Model S Plaid, although we don't expect the race car-style rear wing seen in some of the shots to appear in showrooms—unless Tesla is planning some kind of track package.

Other modifications include new intakes in the lower front fascia along with massive vents behind the front wheel arches. There are also new rear diffusers, with the design on the blue prototype resembling a unit found on a GT race car. Both prototypes still sport the extra-wide wheels and tires and rear wing spoiler seen previously.

For now, the fastest production EV is the Porsche Taycan, which in Taycan Turbo guise lapped the 'Ring in 7:42 back in August. The Porsche could be even faster, though, as there's still the more potent Taycan Turbo S model.

The Model S Plaid is due to arrive sometime in 2020, assuming Tesla delivers it on time. The company also promised the Plaid powertrain will be offered in the Model X and second-generation Roadster.