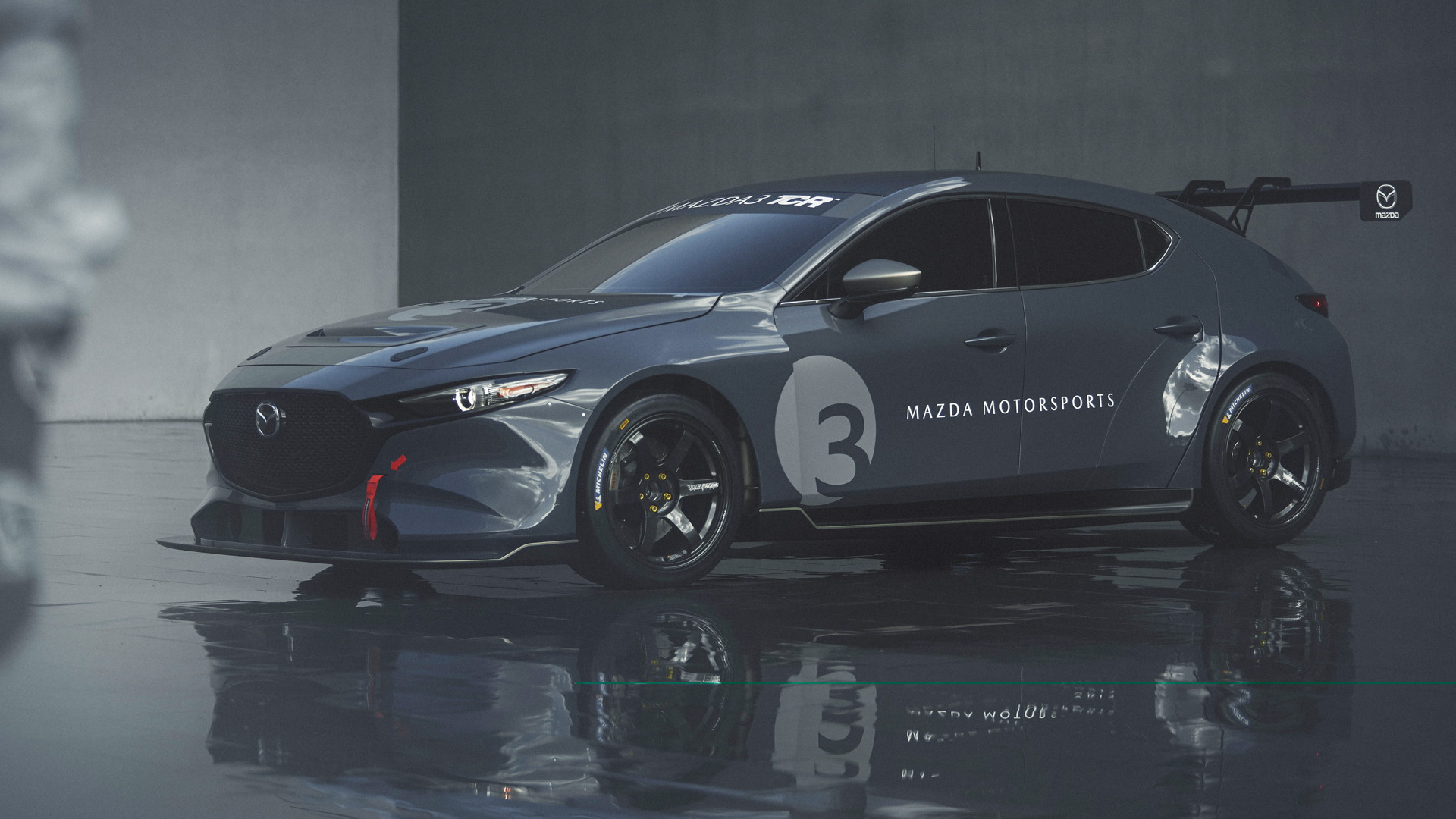 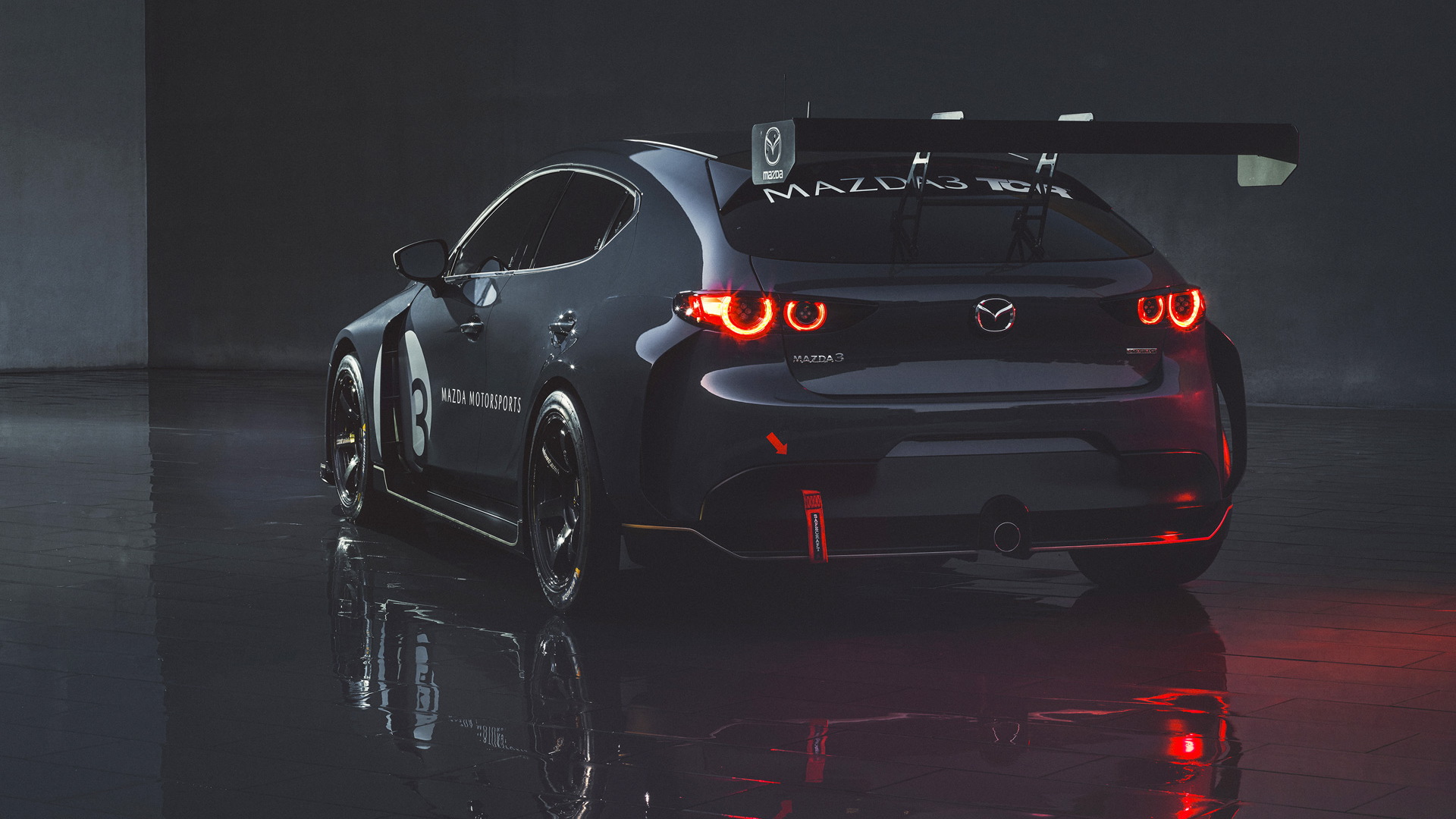 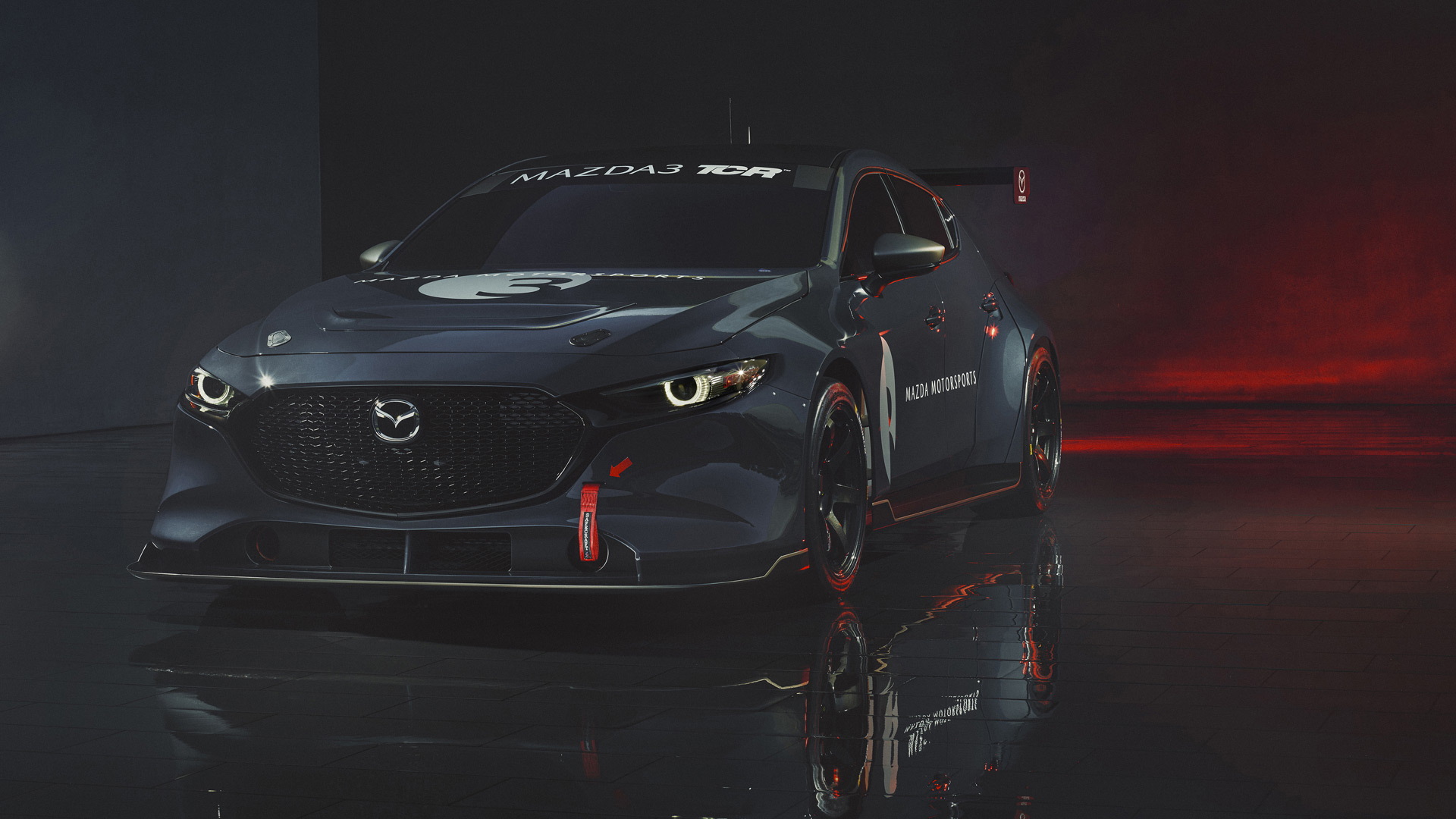 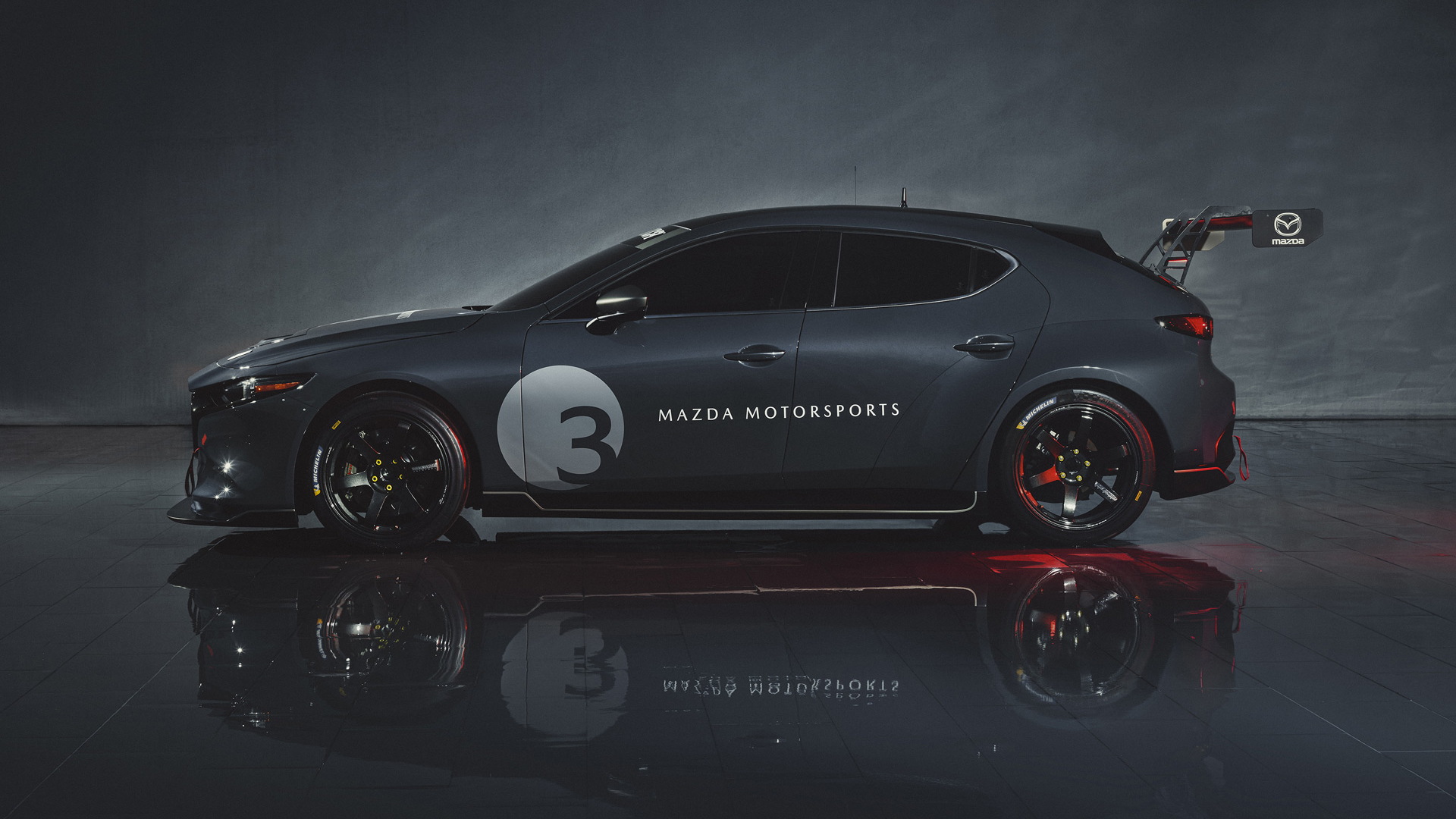 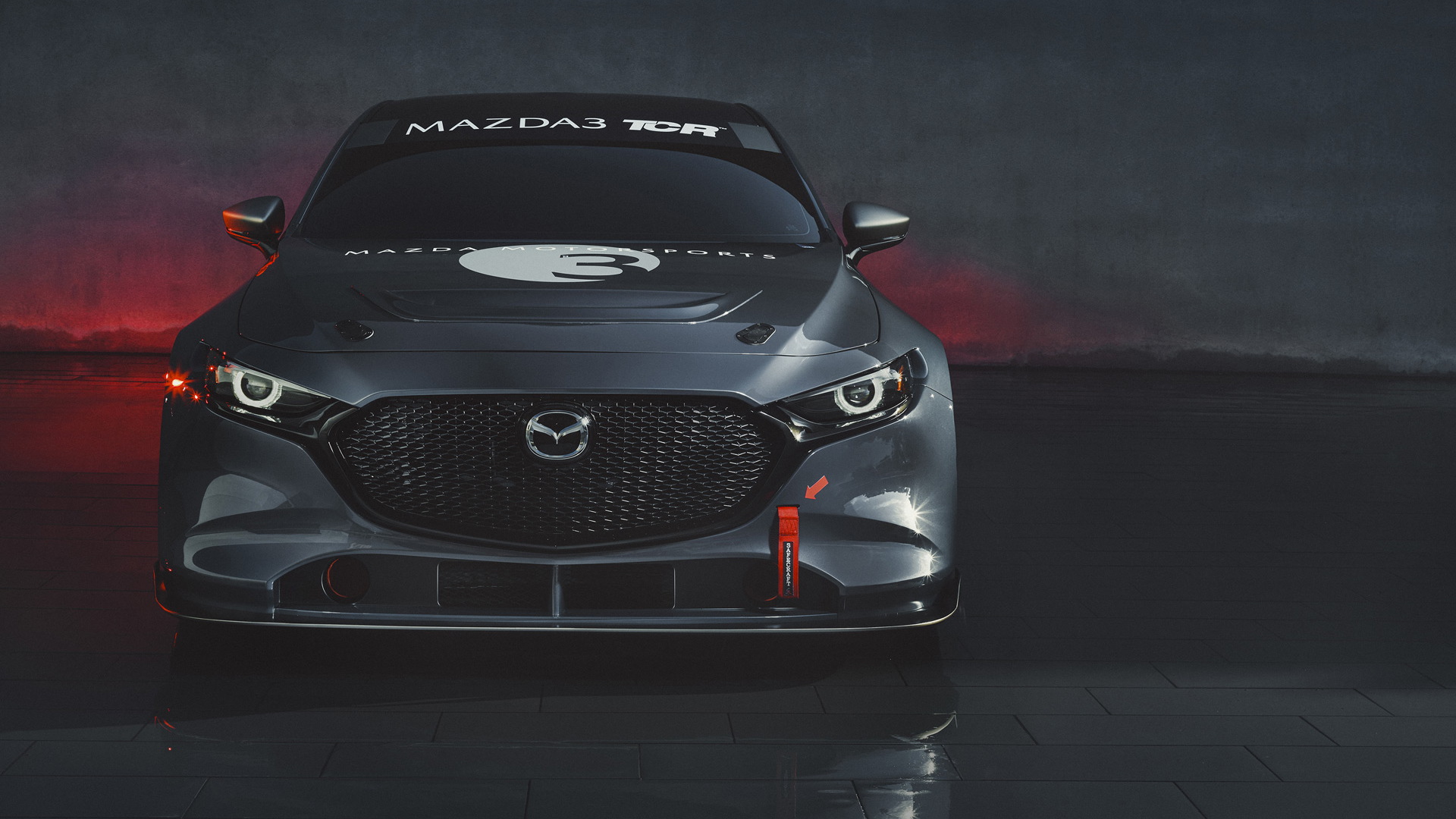 Mazda is the latest automaker to launch a race car built to meet the regulations of the Touringcar Racer International Series (TCR), a series whose aim is to bring the cost of entry to motorsport down. The series is aimed at enthusiasts and up-and-coming drivers and features cars close to production-spec, and its regulations have been adopted for numerous series around the globe, including the IMSA Michelin Pilot Challenge here in the United States.

Mazda's TCR racer is based on the recently redesigned 3 hatchback, and will see its first action in the 2020 season of the IMSA Michelin Pilot Challenge, which begins with a four-hour race at Daytona Speedway next January. The first driver to be confirmed for Mazda's entry is 2019 Global MX-5 Cup Champion Bryan Ortiz.

The Mazda 3 TCR was developed in partnership with North Carolina's Long Road Racing, the same outfit responsible for the Global Cup MX-5 race cars, and it is also available for sale to customer teams. Mazda said the 3 TCR is eligible for 36 TCR-sanctioned series around the globe.

Like all TCR racers, the 3 TCR is powered by a 2.0-liter turbocharged inline-4 rated at 350 horsepower. The engine is mated to a 6-speed sequential transmission and powers the front wheels only. The car also features a stripped-out cabin, race-tuned suspension, and more aggressive aero elements.

Some rival automakers have launched road-going models inspired by their own TCR racers. Mazda is rumored to be looking at a hotter version of its 3 hatchback, possibly with the brand's new 2.5-liter turbocharged inline-4 under the hood, so perhaps the new 3 TCR is a preview of things to come.