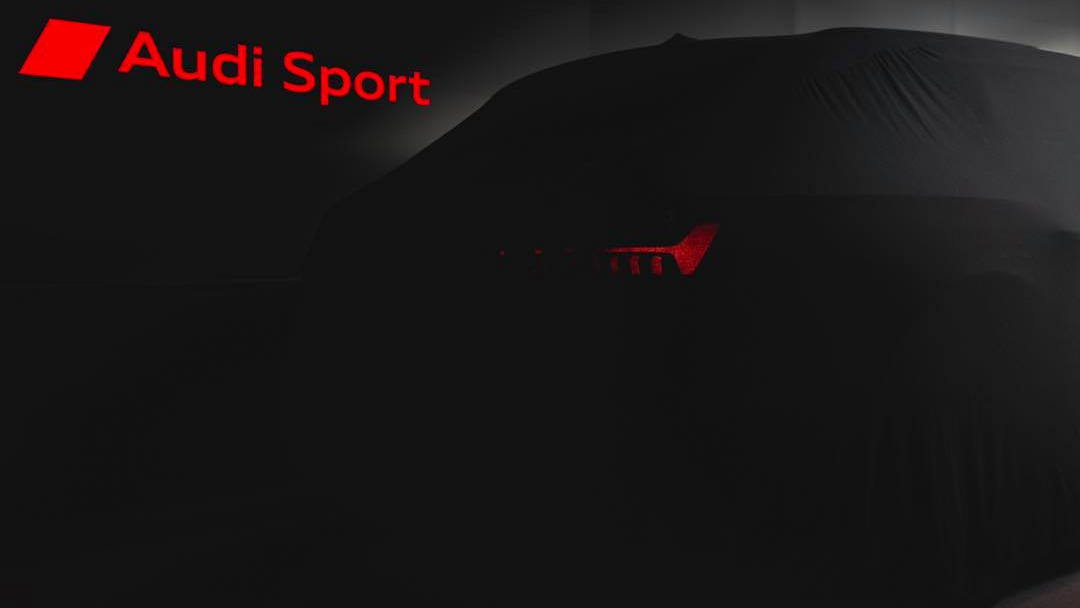 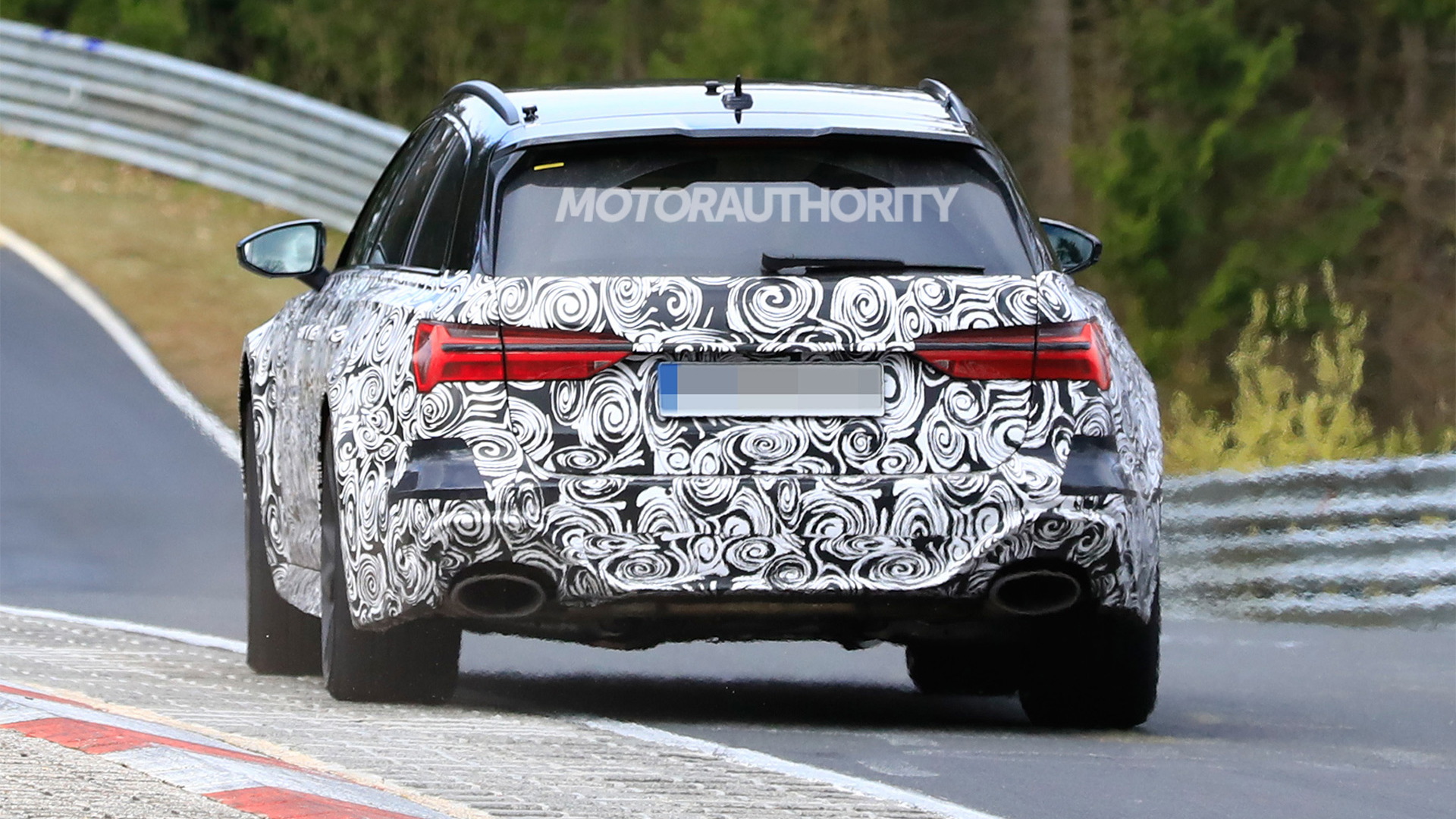 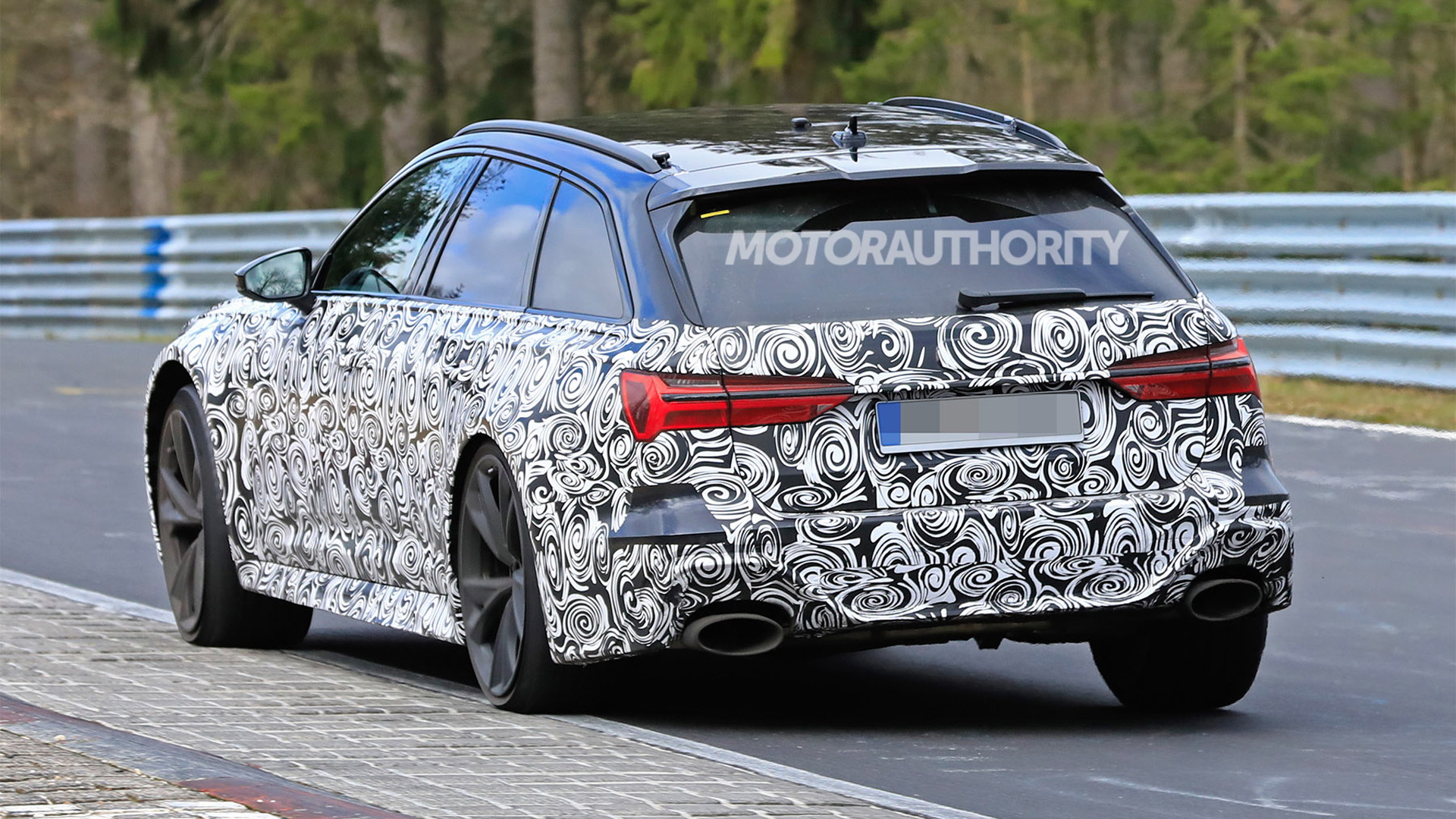 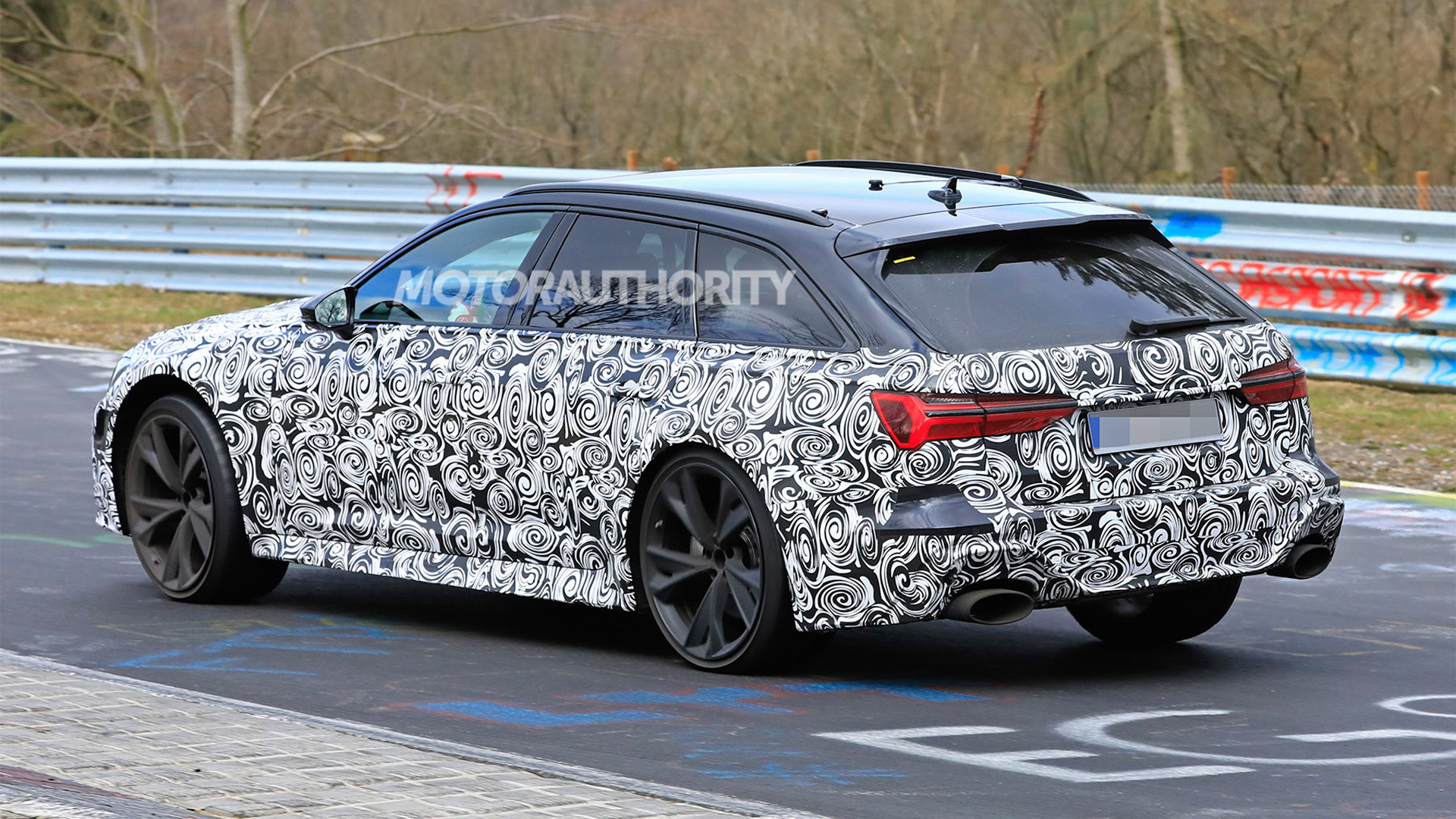 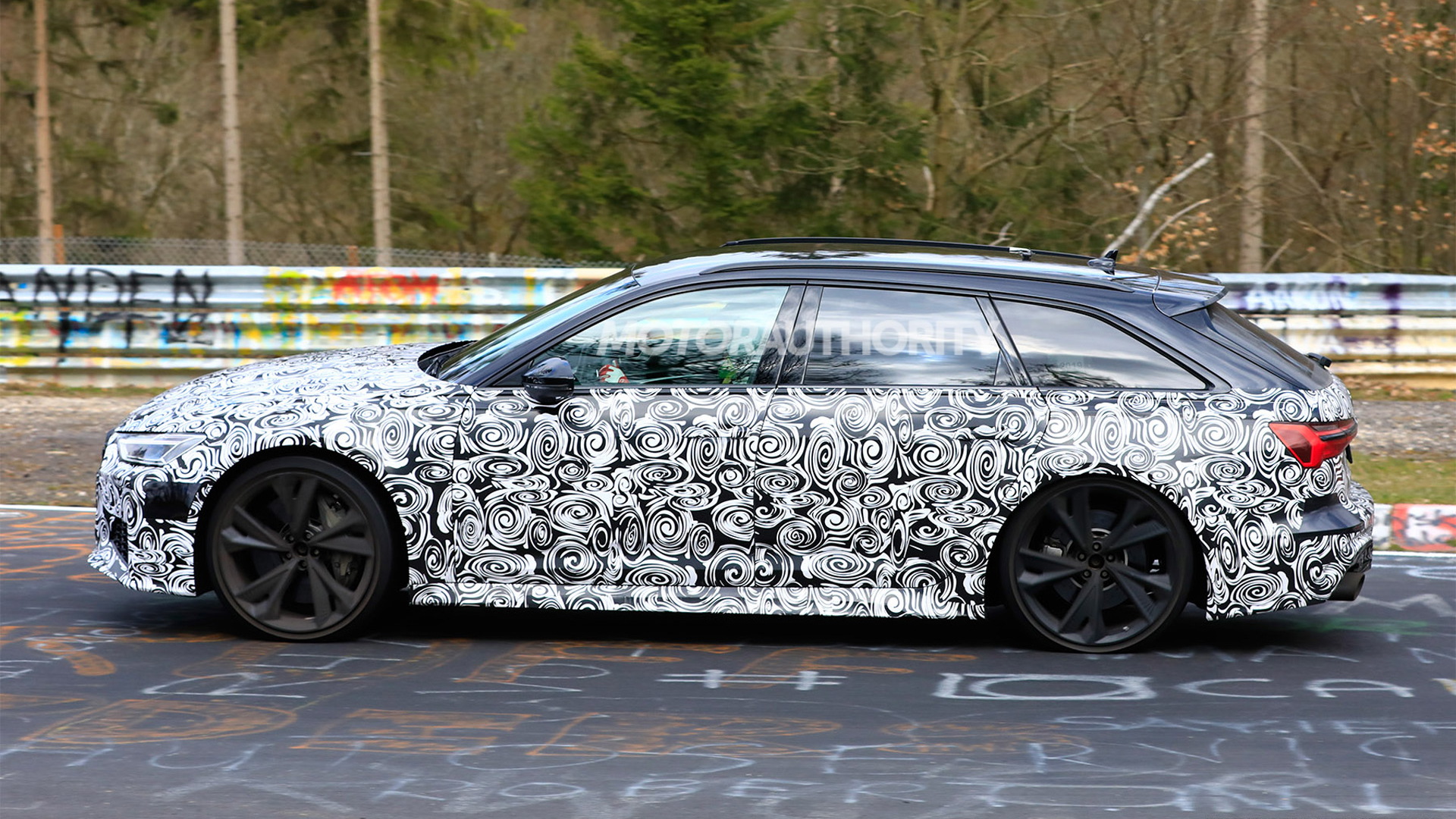 Audi teased its new mid-size uber-wagon on Facebook Thursday ahead of its upcoming debut at the Frankfurt auto show. The 2020 RS 6 Avant will formally bow in September, but this official image gives us a small taste of what to expect.

With the exception of its R8 supercar, "RS" represents the pinnacle of performance when it comes to Audi Sport's hotted-up models. The 2020 RS 6 will be no exception. The latest incarnation is expected to pack 650 horsepower from Audi's twin-turbocharged 4.0-liter V-8, besting the previous-generation RS 6 by nearly 50 horsepower. 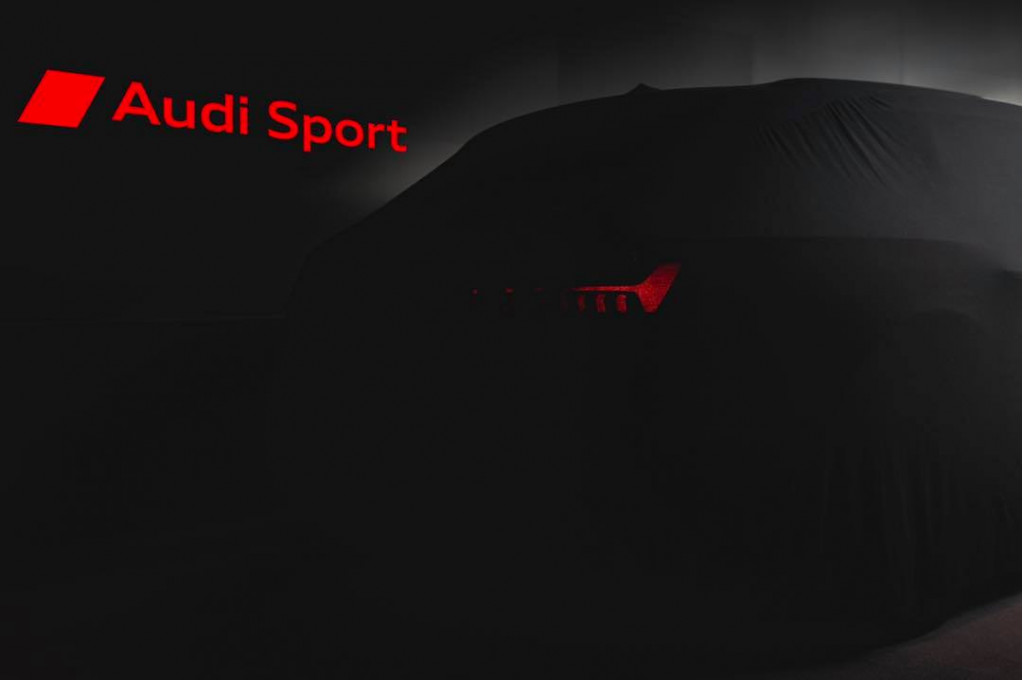 Buzz surrounding Audi's testing of the new RS 6 Avant at the Nurburgring back in March came in the wake of renewed rumors that Audi may bring the A6 Avant and RS 6 Avant to the United States. Audi of America showed its support for bringing the larger of Audi's two wagon model lines to the U.S., but company spokesman Mark Dahncke told Motor Authority that a decision to bring its Avant models stateside was still pending.

As far as teasers go, this is one of the worst. We can't see much here other than a taillight because the car is covered with a cloth. However, we know that Audi's new RS 6 will get visual upgrades like twin oval exhaust pipes and punched-out fenders. Those elements were visible on the prototype model photographed at the 'Ring, and they betray the mechanical upgrades underneath. In addition to the tuned V-8, the RS 6 will get upgraded brakes with carbon-ceramic rotors.

An RS 6 Performance variant will come later. Expected to get extra oomph from an electric motor shared with the Porsche Panamera Turbo-S E-Hybrid, the RS 6 Performance could pack as much as 700 horsepower. Here's hoping we get that one, too.

Audi has a press conference scheduled for Sept. 10 at the Frankfurt auto show. We'll certainly learn a lot more about and see a lot more of the RS 6 Avant at that time.