Heavy rain saw the safety car out for the first few laps and once the race director deemed conditions were safe, Mercedes-AMG's Lewis Hamilton, the pole-sitter, was off to a flying start. Verstappen, next to him at the time, suffered from major wheelspin and fell back into the pack, allowing Mercedes' other man, Valtteri Bottas, to move into second.

Just four laps in, Racing Point's Sergio Perez suffered a crash which brought the safety car out again. This prompted most drivers to pull into the pits to swap their wet tires to intermediates.

Then, Renault's Daniel Ricciardo suffered a breakdown which caused the virtual safety car to come out. This time, some drivers pitted to swap to dry tires. Among them was Verstappen who upon exiting the pits spun but held on to third behind Hamilton and Bottas. 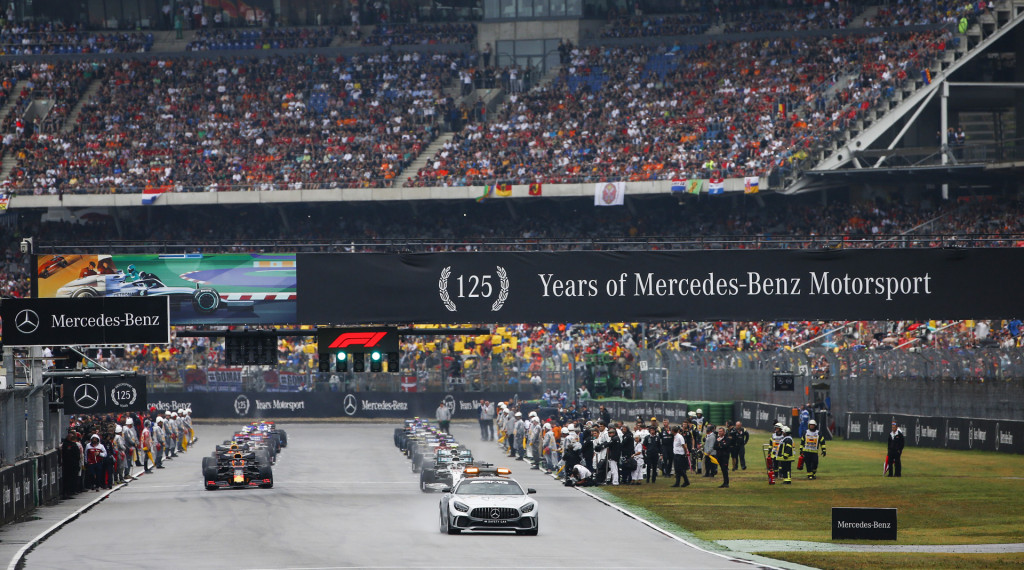 The virtual safety car was required again when McLaren's Lando Norris also suffered power unit troubles. Meanwhile, Ferrari's Charles Leclerc had fought his way up to second after starting the race at 11th on the grid. Teammate Sebastian Vettel was also running an impressive race, having moved up the midfield after starting at the back of the grid.

Around the midway point, with most drivers on dry tires, the rain returned, this time more heavily than before. Leclerc, who was fighting for first place, lost control of his car and ran into a barrier, ending his race.

On lap 41, the safety car came out again when Renault's Nico Hulkenberg went into the barriers at turn 16. Soon after, it was race leader Hamilton who lost control of his car. The reigning champion ran into the barrier but managed to rejoin the race, albeit with a broken wing. Hamilton dived into the pits but was past the marker noting the last point when a driver is allowed to return and thus received a five-second penalty.

Hamilton's error saw Verstappen move into the lead, and with the conditions improving the Red Bull driver returned to the pits for intermediate tires. This briefly allowed Racing Point's Lance Stroll, who was already on the dry tires, to run up to the lead. However, Verstappen would soon reclaim the spot and hold it until the end of the race. 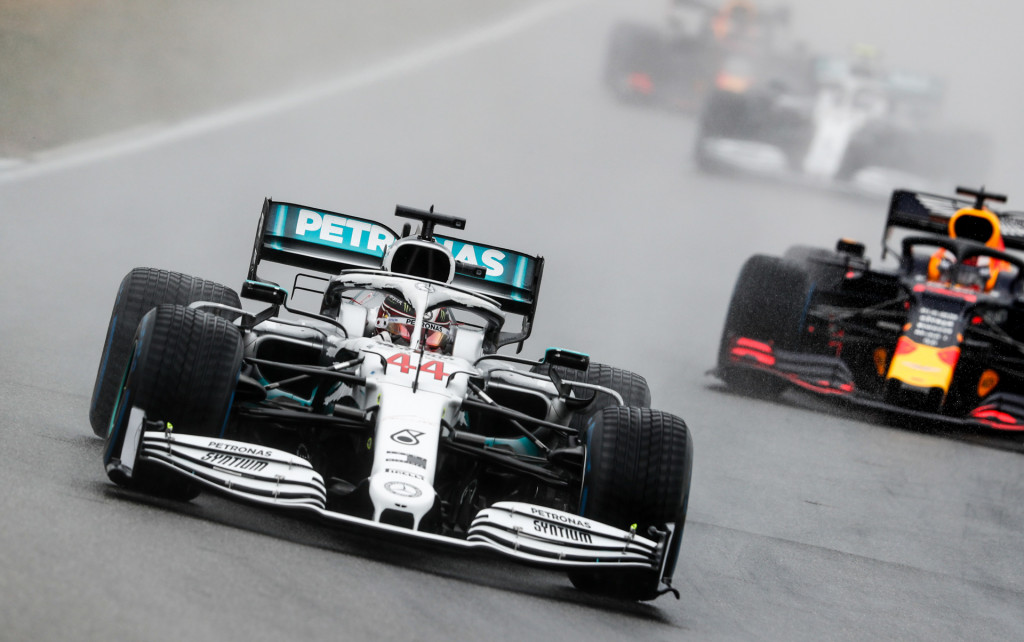 Behind him, Stroll was defending second from Bottas who pushed a little too hard and also ran off the track and into the barriers. This brought out the safety car yet again, allowing the rest of the field to catch up. Vettel saw his chance and fought his way up to second. Behind the Ferrari driver, Toro Rosso's Daniil Kvyat hung on to claim his third career podium finish and Toro Rosso’s first podium finish since Vettel won the 2008 Italian Grand Prix.

The Alfa Romeos of Kimi Raikkonen and Antonio Giovinazzi finished the race in seventh and eighth places but after the race both were handed 10-second stop and go penalties due to issues over the team’s clutch torque application at the race start, demoting them to 12th and 13th respectively.

After all that, Hamilton still has the clear lead in the 2019 Drivers' Championship with 225 points. Bottas is second with 184 points and Verstappen is third with 162 points. In the Constructors' Championship, Mercedes leads with 409 points versus the 261 of Ferrari and 217 of Red Bull. The next race on the calendar is the Hungarian Grand Prix on this weekend.

Below are the full results from the 2019 Formula One German Grand Prix: