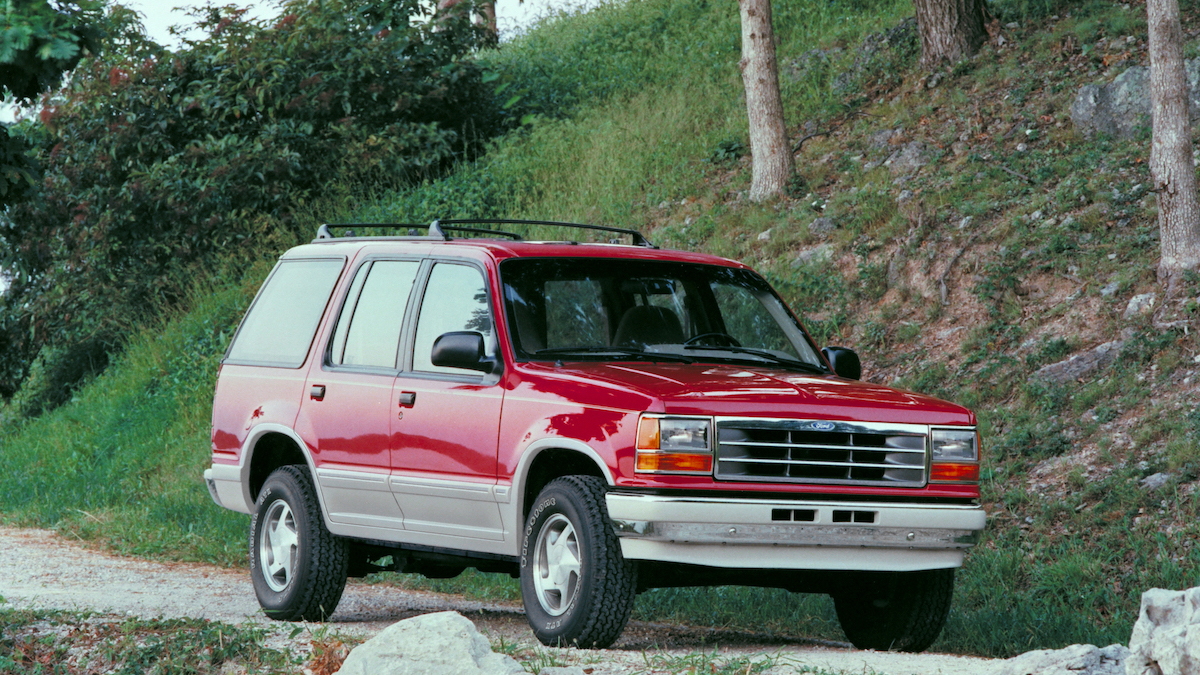 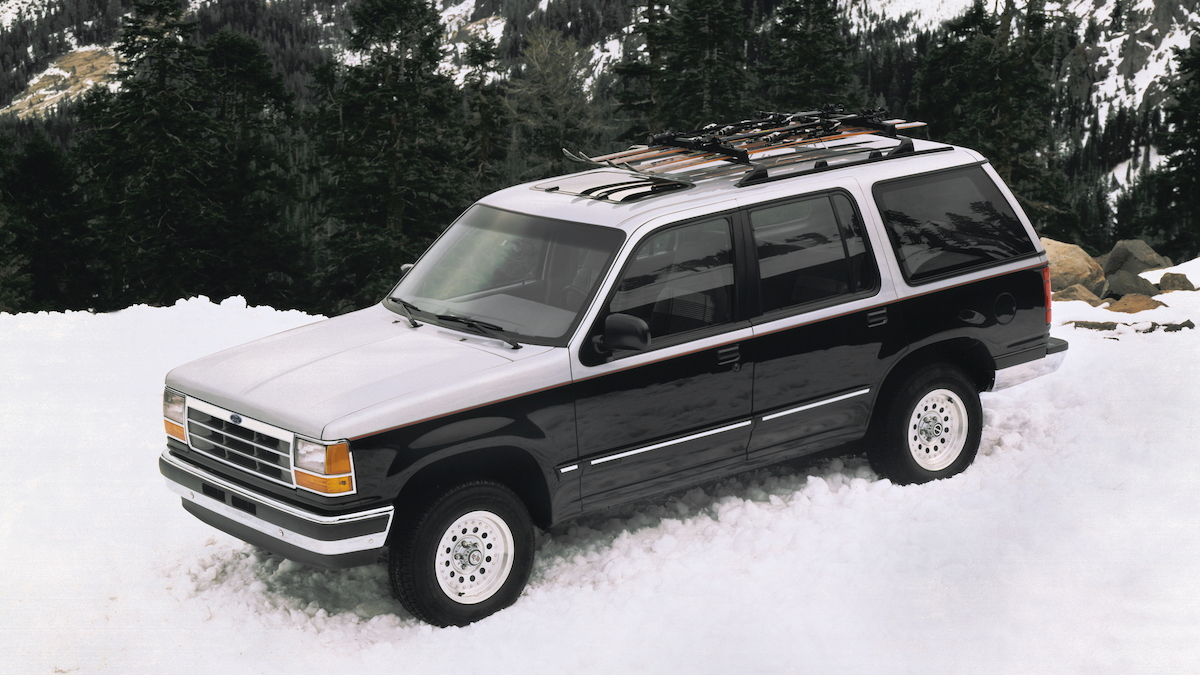 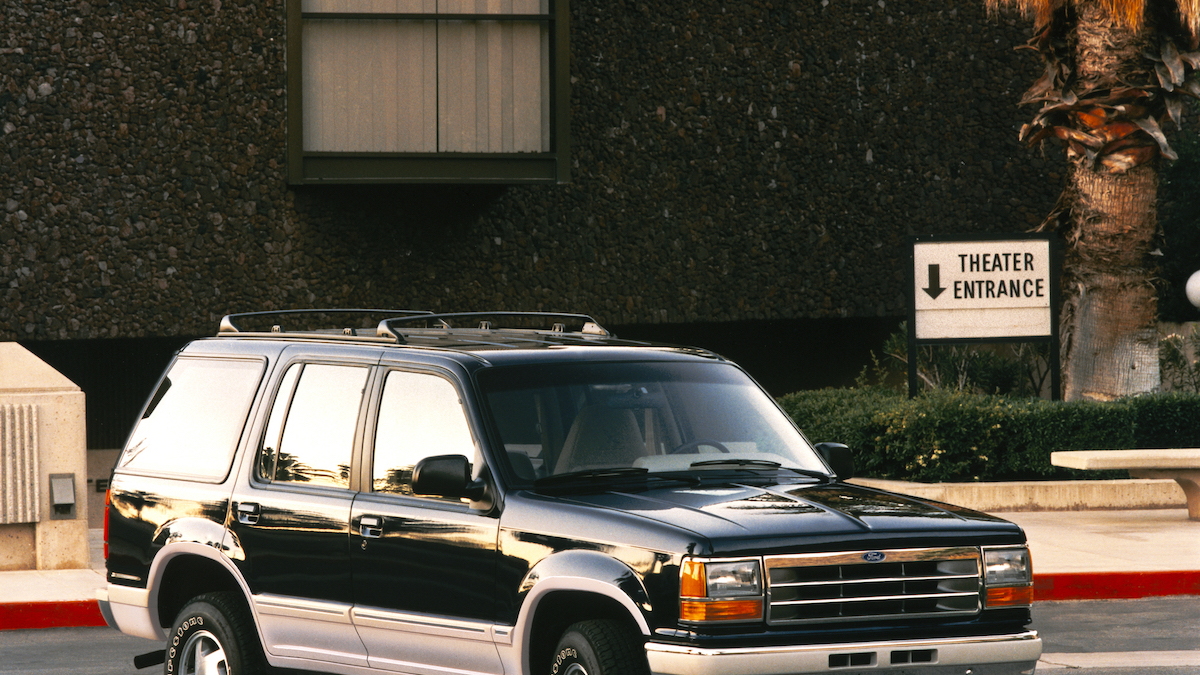 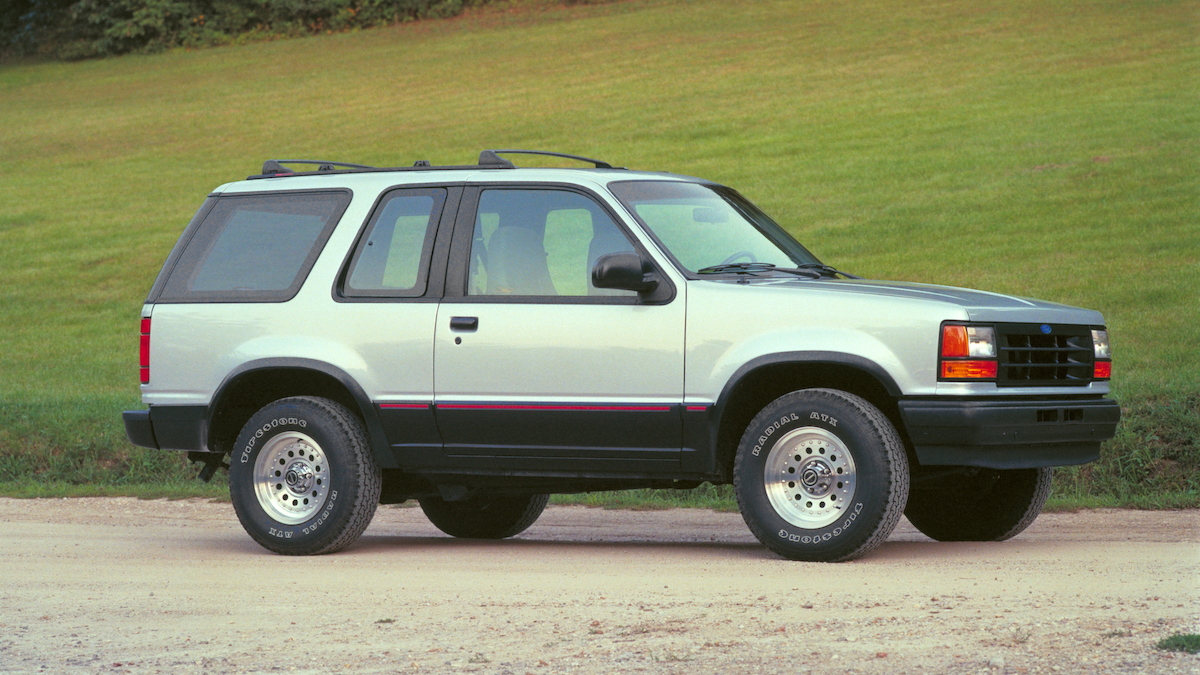 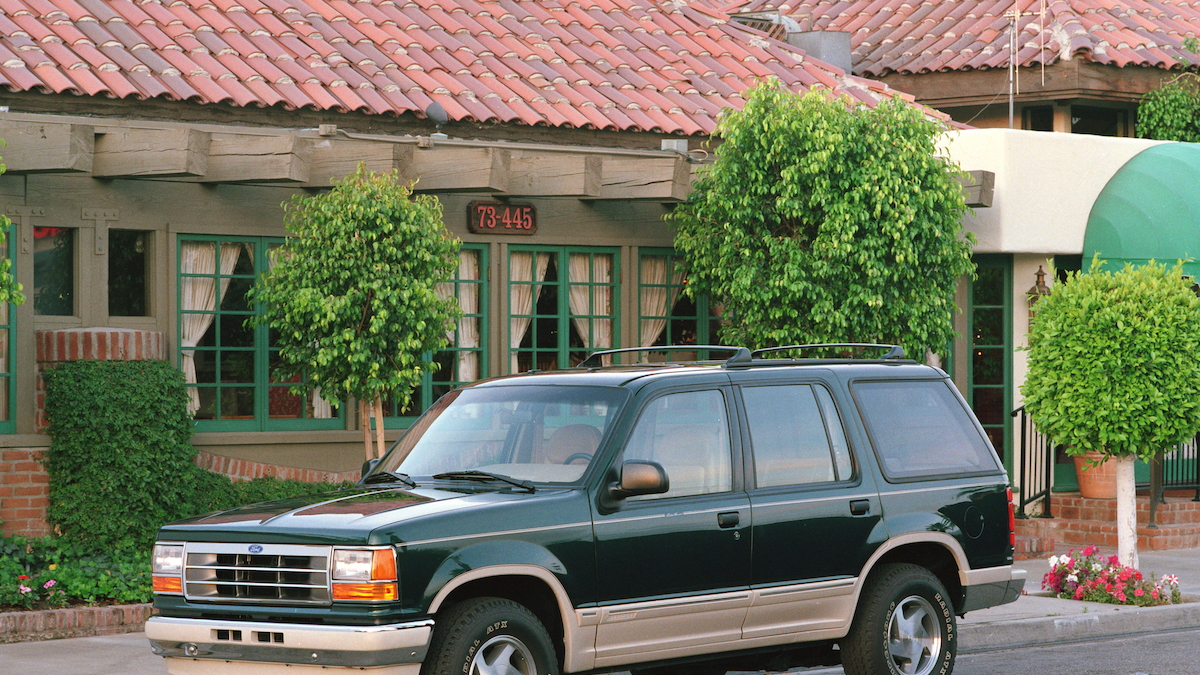 Ford’s Bronco II was a bust. Product developers knew they needed a home run after years of less-than-stellar sales. However, the team decided to go further than a better Bronco II—they wanted to redefine what made a “Sport Utility Vehicle.” It was called the Ford Explorer.

Introduced in 1990 for the 1991 model year, the Explorer didn’t look to rivals from Chevrolet or Jeep. Instead, it looked at passenger cars. The goal was to create a utility vehicle rooted in trucks but embraced comforts found in family wagons and sedans.

Until then SUVs never emphasized comfort. Instead, they focused on the “utility” portion of their name. Ford was determined to overturn that notion.

The 1991 Explorer had ample room for passengers, plenty of storage space for cargo, and amenities like a sunroof, power steering, folding rear seats, and more. What started as a Bronco II replacement quickly became the fuse for the first SUV boom in America.

Ford sold both a two- and four-door Explorer to ensure it didn’t leave any loyal Bronco II fans out in the cold, and it quickly became clear the automaker had a massive hit on its hands. In January 1990, Ford sold 8,011 Bronco IIs. In May 1990, combined sales of the newly launched Explorer and Bronco exploded to 15,706 combined.

Jeep may have introduced the idea of a more practical SUV with the Cherokee in the 1980s, but Ford perfected the formula with the Explorer.

Perhaps the Explorer played into the American spirit and go-anywhere attitude. Hell, the idea is smack-dab in the SUV’s name: “explore.” Americans have a can-do spirit, and it takes a little adventure to get that done. The Ford Explorer, for over two decades now, has helped us do just that.