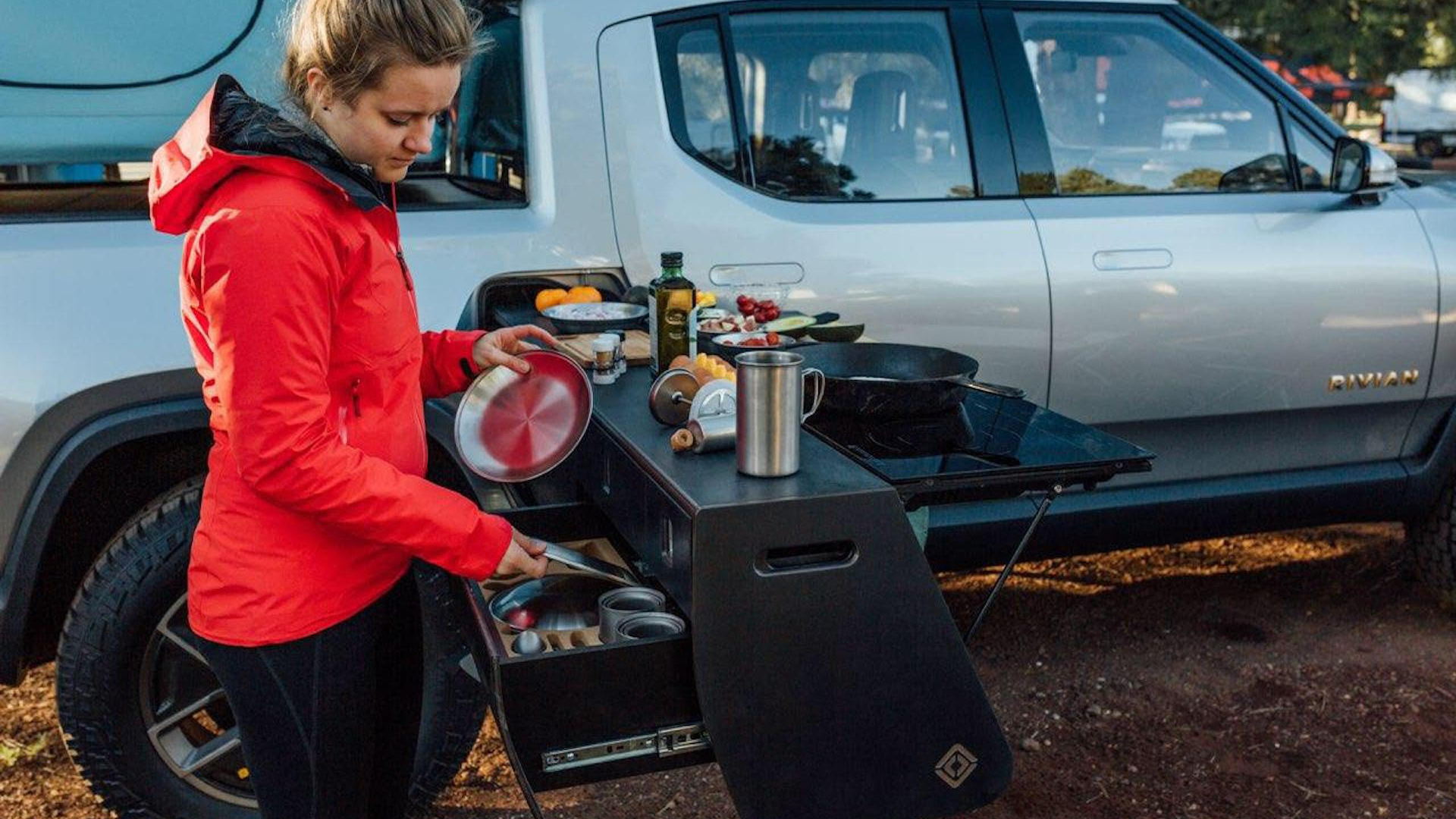 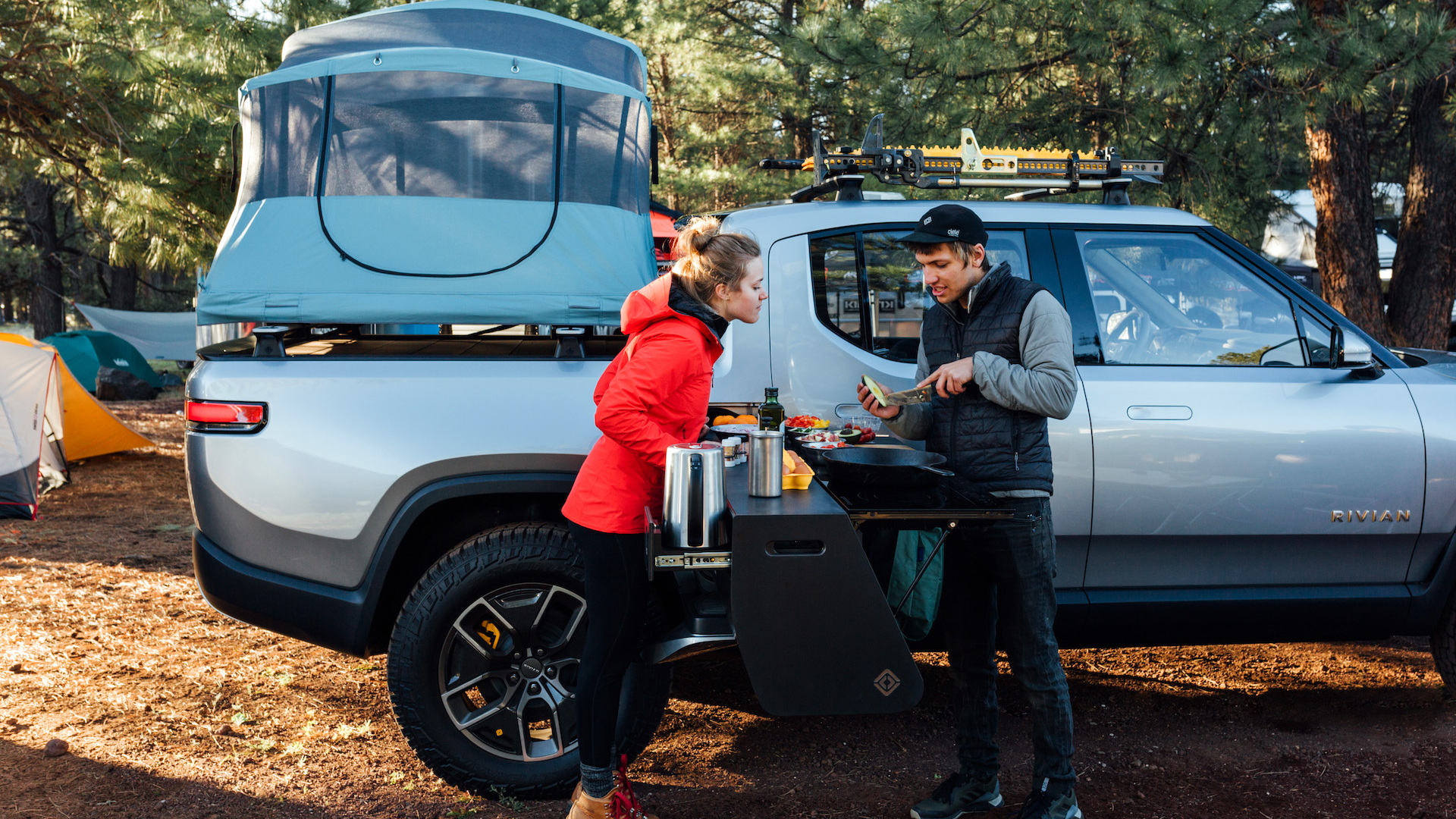 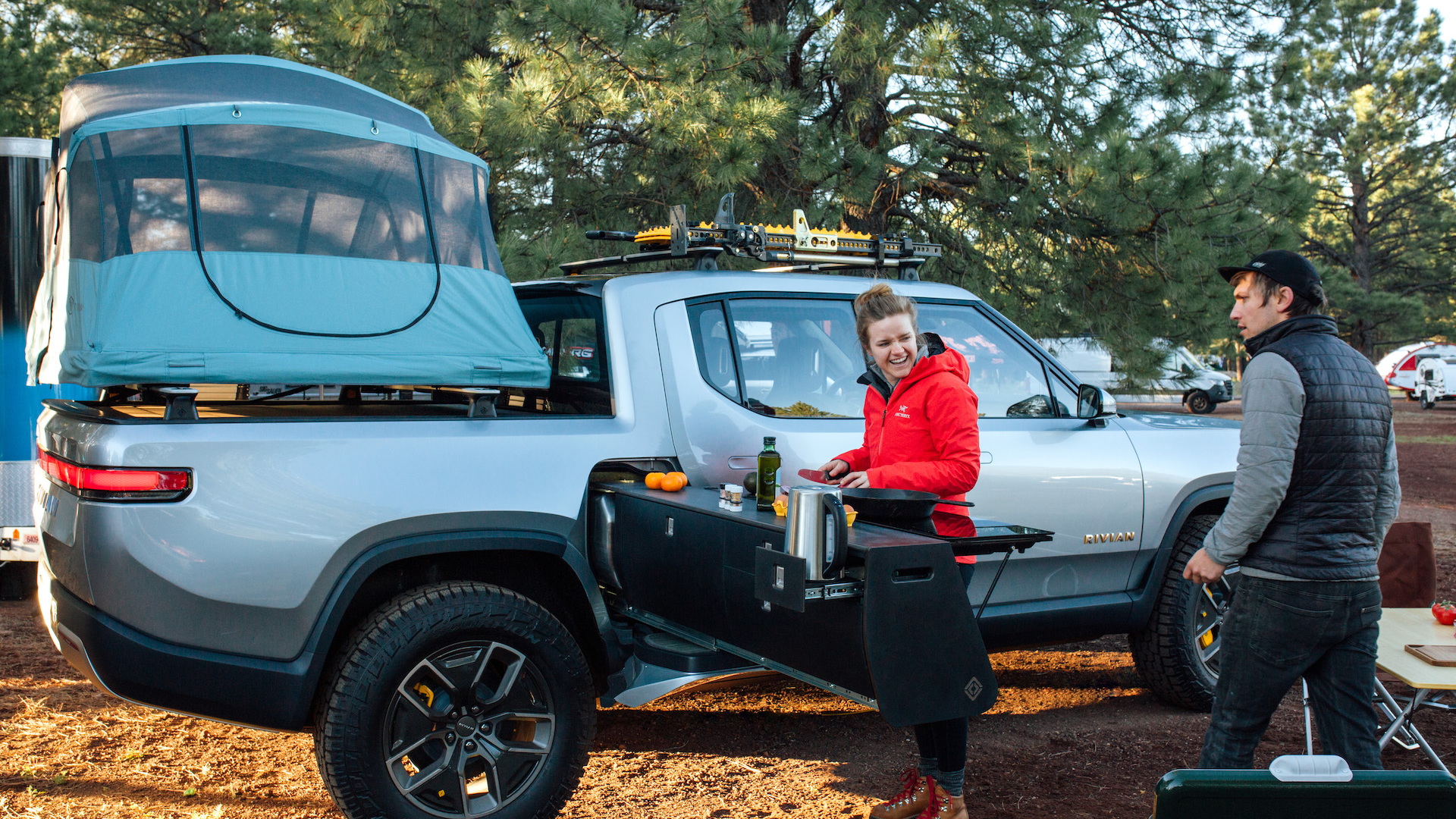 In May we saw EV startup Rivian show off a rather nifty R1T pickup-based concept at the Overland Expo West in Flagstaff, Arizona. The electric truck concept featured a slide-out kitchen, and apparently, the company plans to make it a production option.

On Twitter, Rivian's official handle replied to a tweet asking if the slide-out kitchen would be an actual accessory. Rivian replied it will be available at the truck's launch, which is scheduled for production in 2020.

Yes! It will be available at launch.

The slide-out kitchen makes food prep far easier for those out on the trail. The mini kitchen includes two electric burners, space for meal prep, and a heating element for coffee or other hot beverages. For storage, there are even drawers to fit the basic cooking utensils and tools such as pots, pans, and bowls. 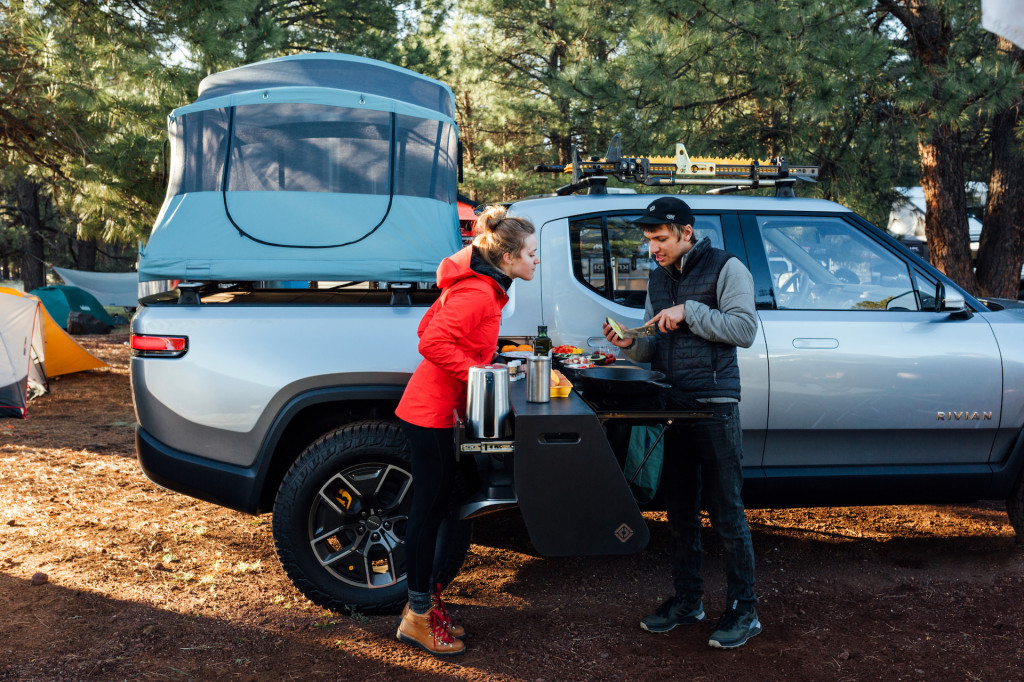 In the concept truck, the entire unit slid out from behind the cab, an area that Rivian calls the gear tunnel. Typically, the gear tunnel is a space for any extra cargo drivers and passenger want to pack.

Just like the truck itself, the kitchen tools all run on the vehicle's battery pack, which makes for a zero-emissions cooking experience, too. 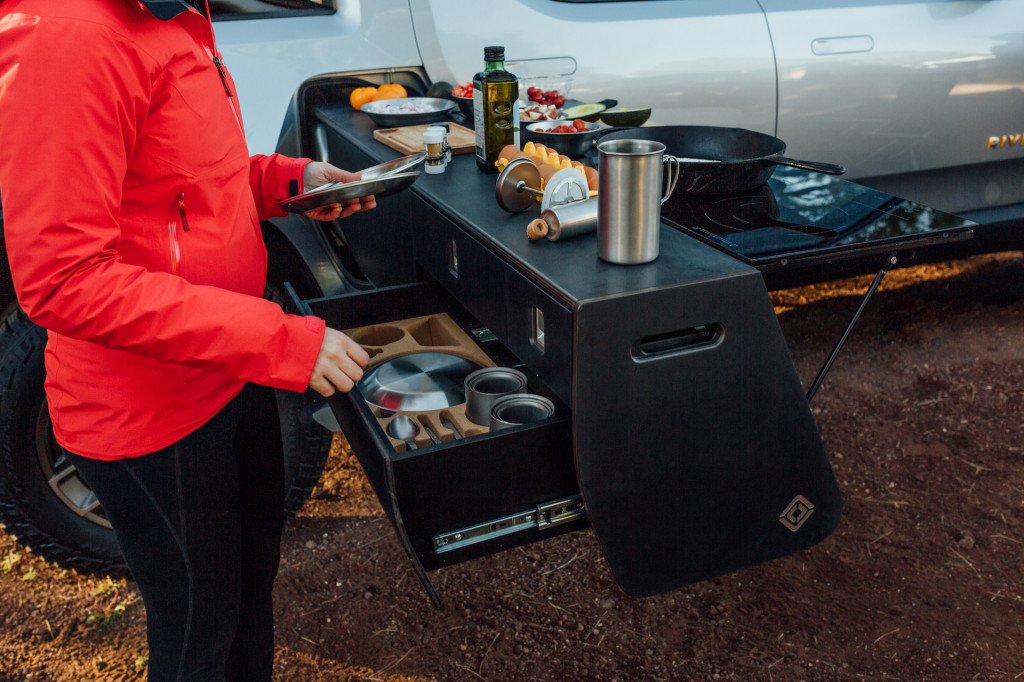 Although Rivian confirmed the accessory for production, we don't know many details as to how it will work. It's unclear if buyers will need to select the option from the factory or if the kitchen will be an add-on feature owners can purchase at any time. We also don't know if the kitchen can still be removed to use the gear tunnel for extra cargo space as Rivian first intended it for.

We've reached out to the company to hopefully provide more information on the stowaway kitchen and we'll update this story if and when we hear back.