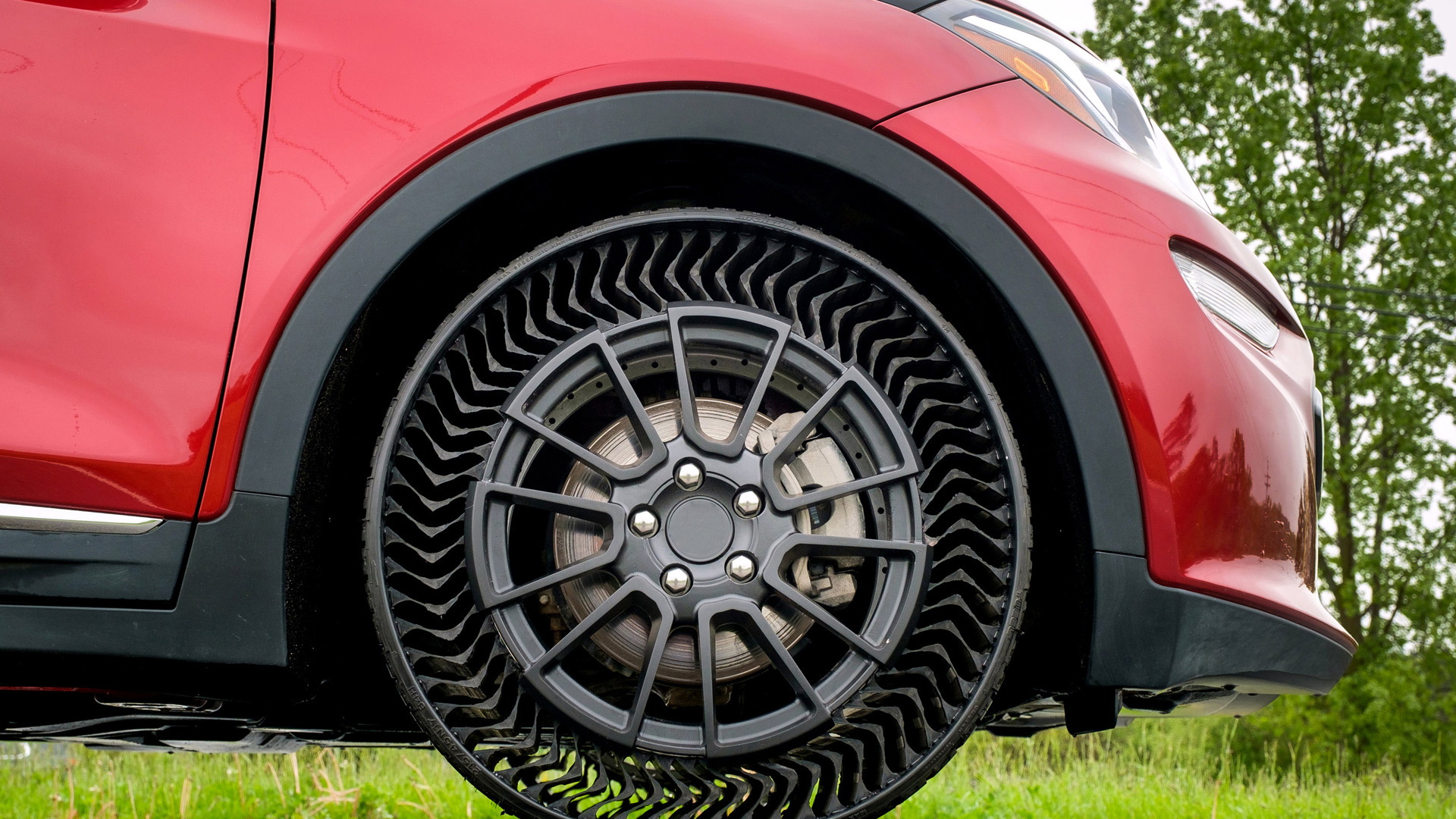 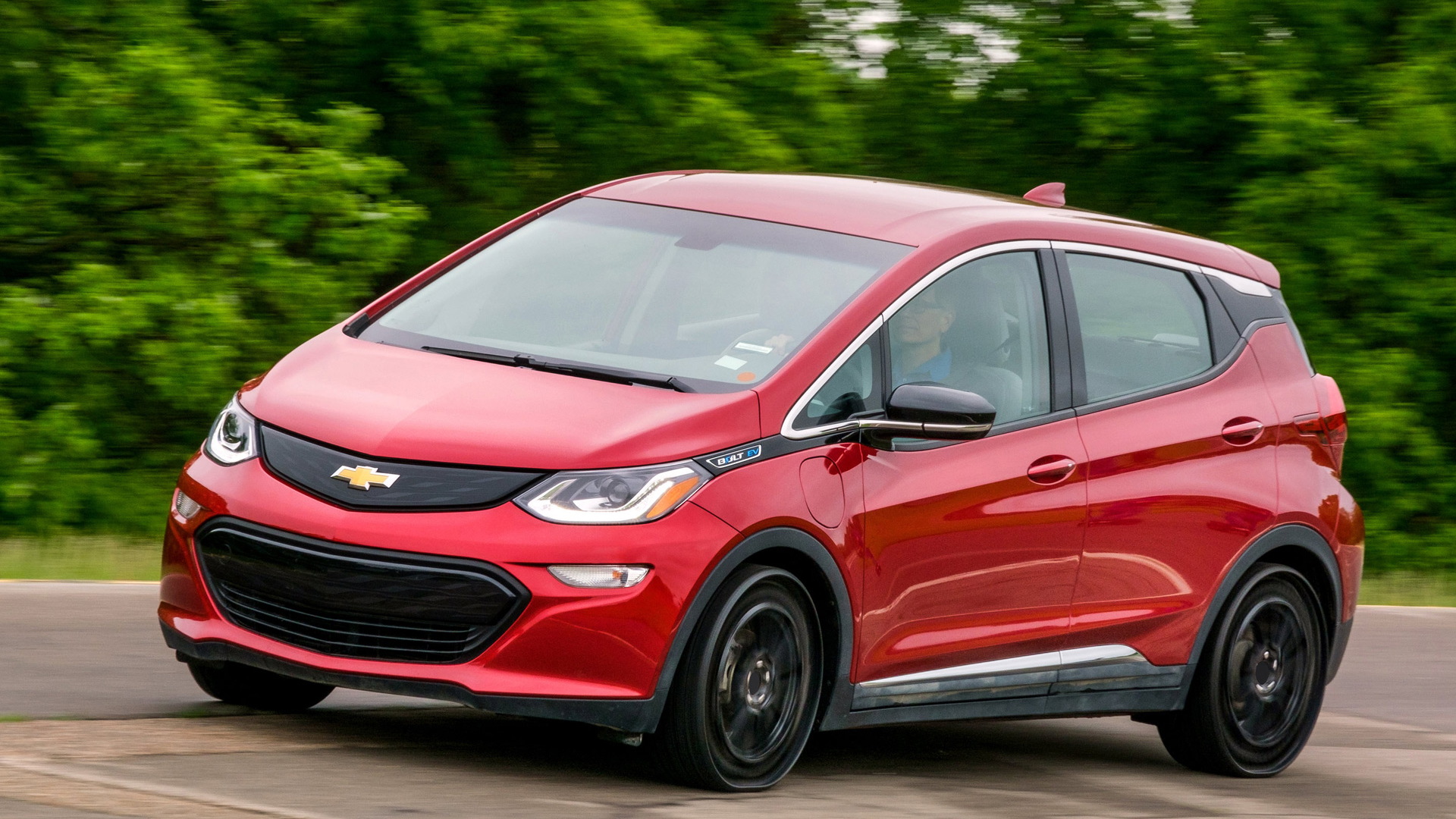 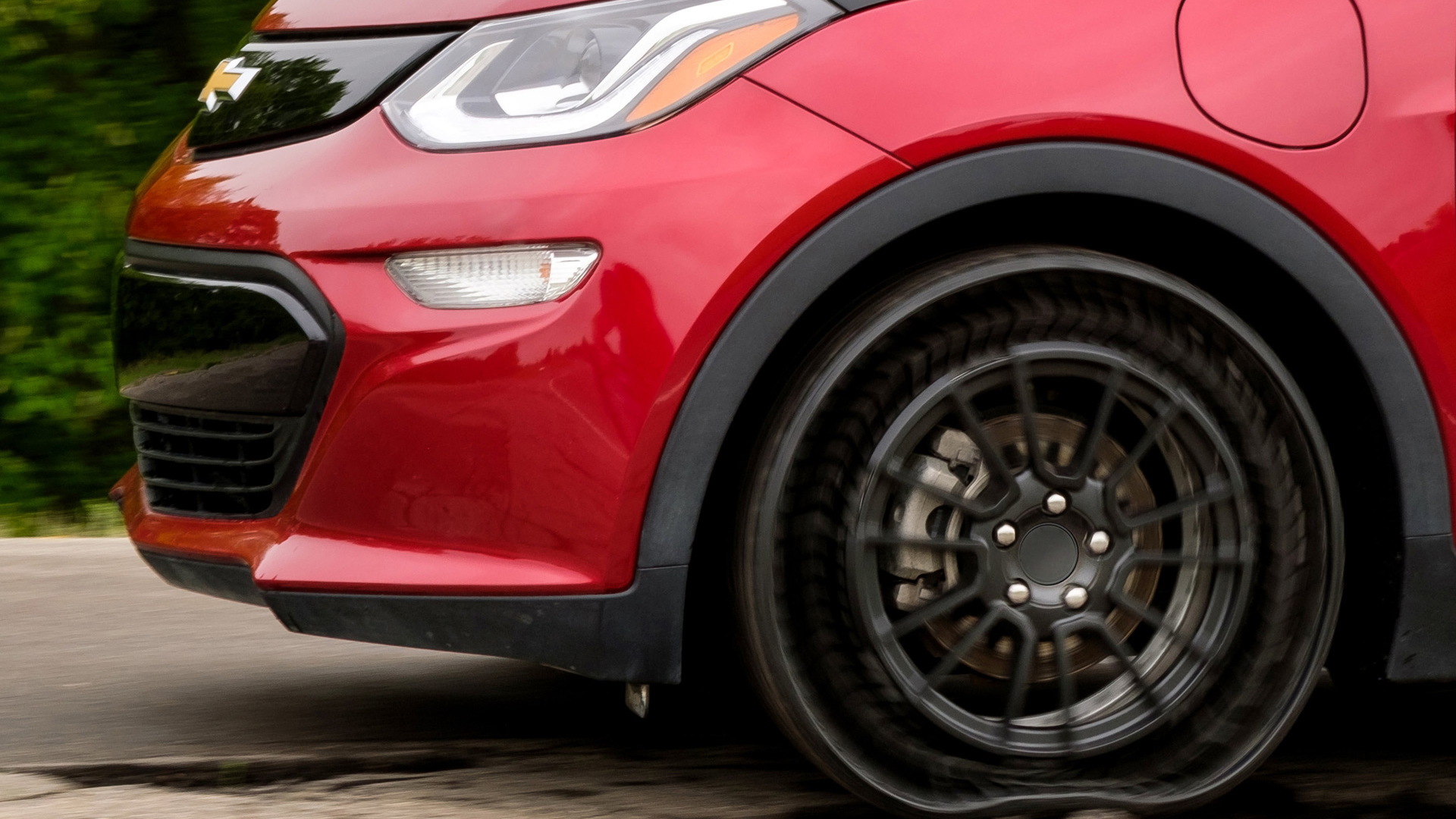 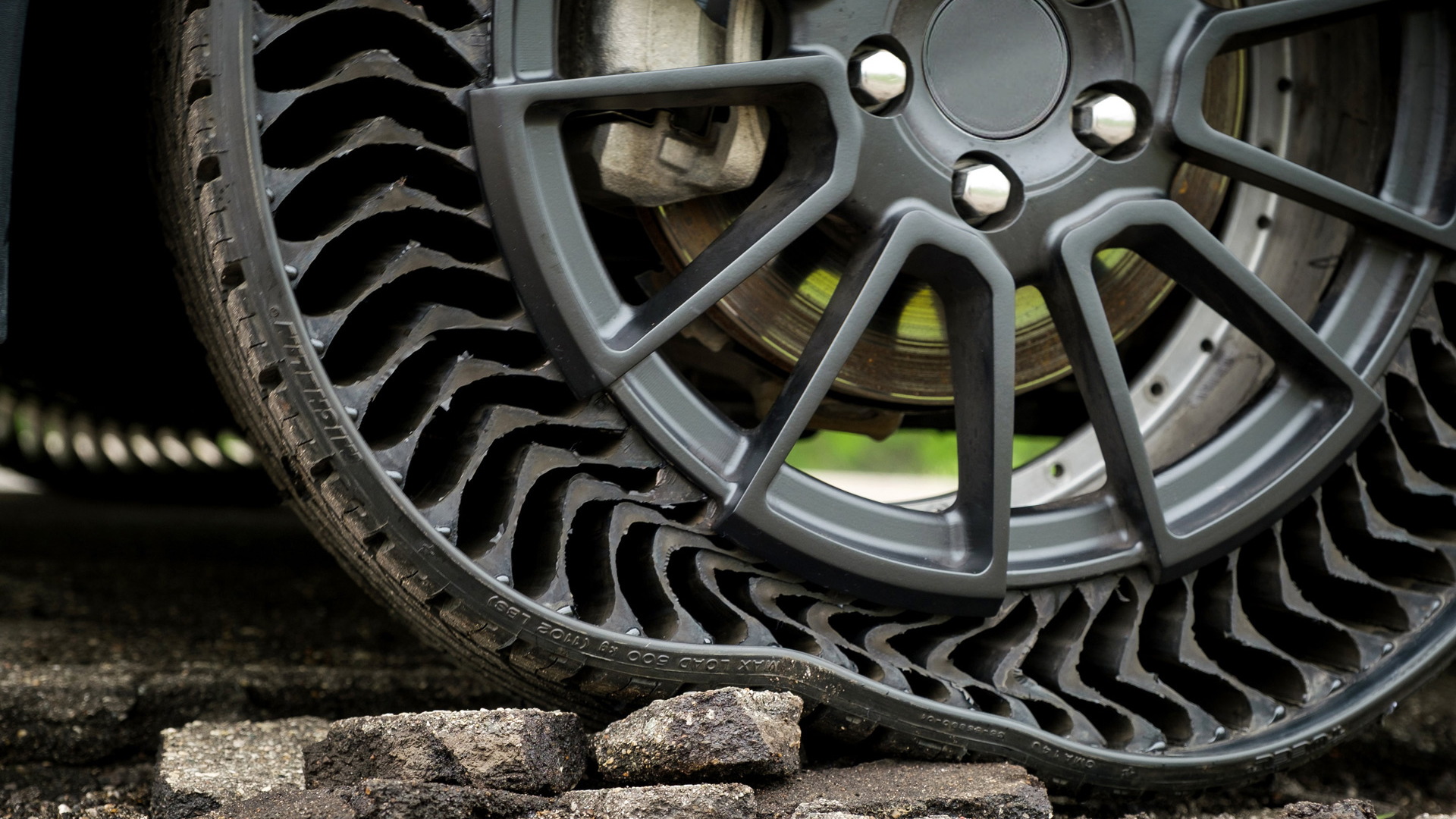 General Motors on Tuesday said it will test a prototype airless tire from Michelin.

The prototype is called the Uptis, short for Unique Puncture-proof Tire System, and GM plans to test them on a fleet of Chevrolet Bolt EVs, with a view to making them available as early as 2024.

Airless tires, often called tweels, are nothing new. Michelin has been developing them for over a decade and already offers them for some commercial vehicles. Another company offering airless tires is America's Polaris, which has one designed for off-road applications. 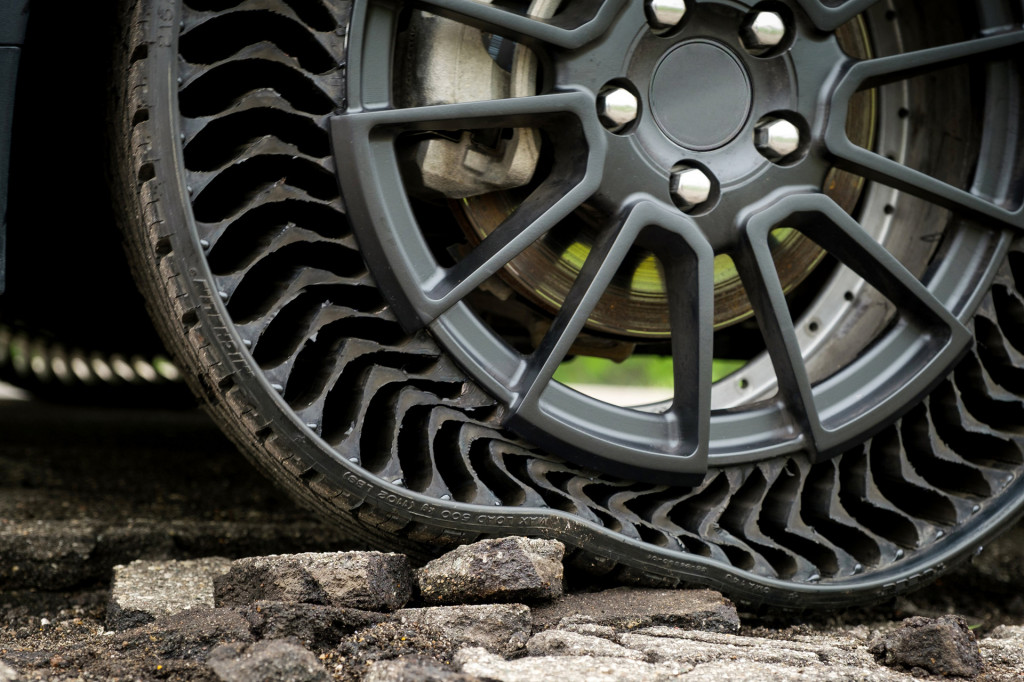 Airless tires feature a conventional tire tread wrapped around a resin spoke that can compress to absorb impacts. The design eliminates the worry of flats and blowouts, which in turn reduces the use of raw materials and waste. The airless tires also last longer than conventional pneumatic tires, since they also eliminate irregular wear and tear caused by tires with too much air or too little.

But the benefits don't end there. Fewer and fewer cars are being supplied with spare wheels these days, many opting for a can of tire-sealant instead. The airless tires would enable a vehicle to go without either, saving all-important weight. With no provision for a spare tire, trunk space would also be freed up.

The main downside to airless tires is that they are costlier to produce at present, though this could change as production is ramped up for mainstream applications. They also haven't been tested widely enough to determine whether they suit all types of vehicles. Michelin is working with more automakers in addition to GM to determine just that.