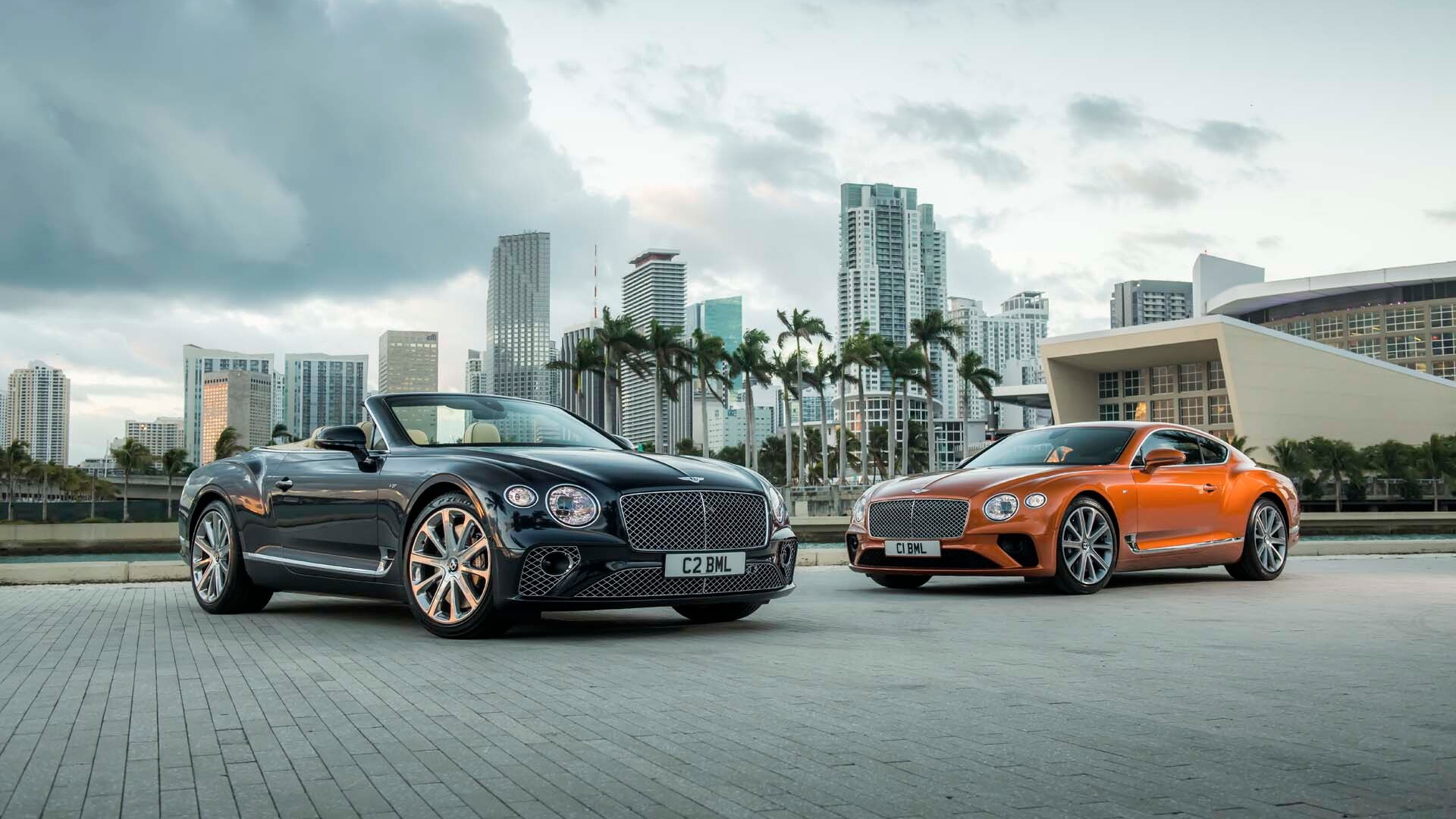 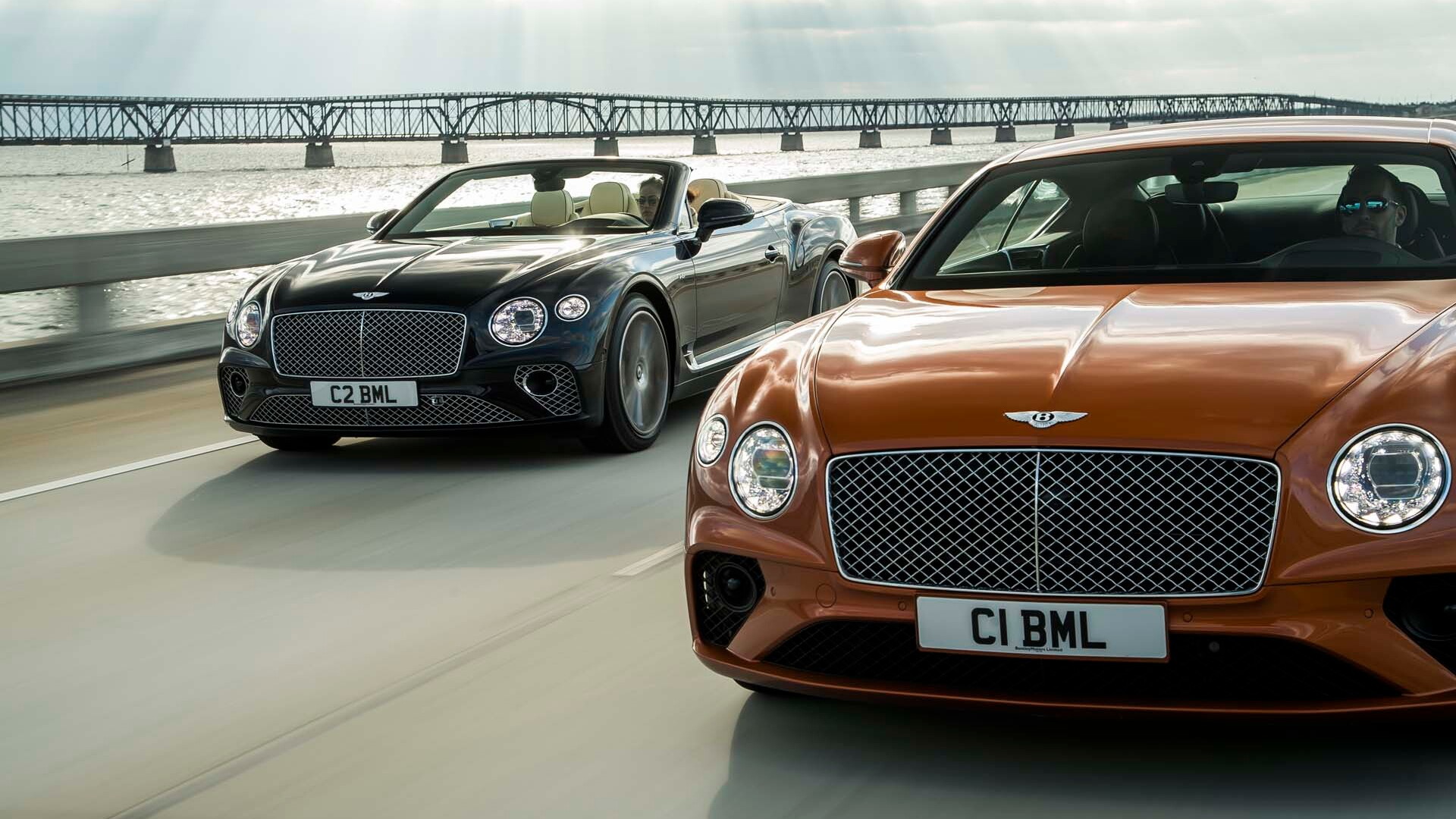 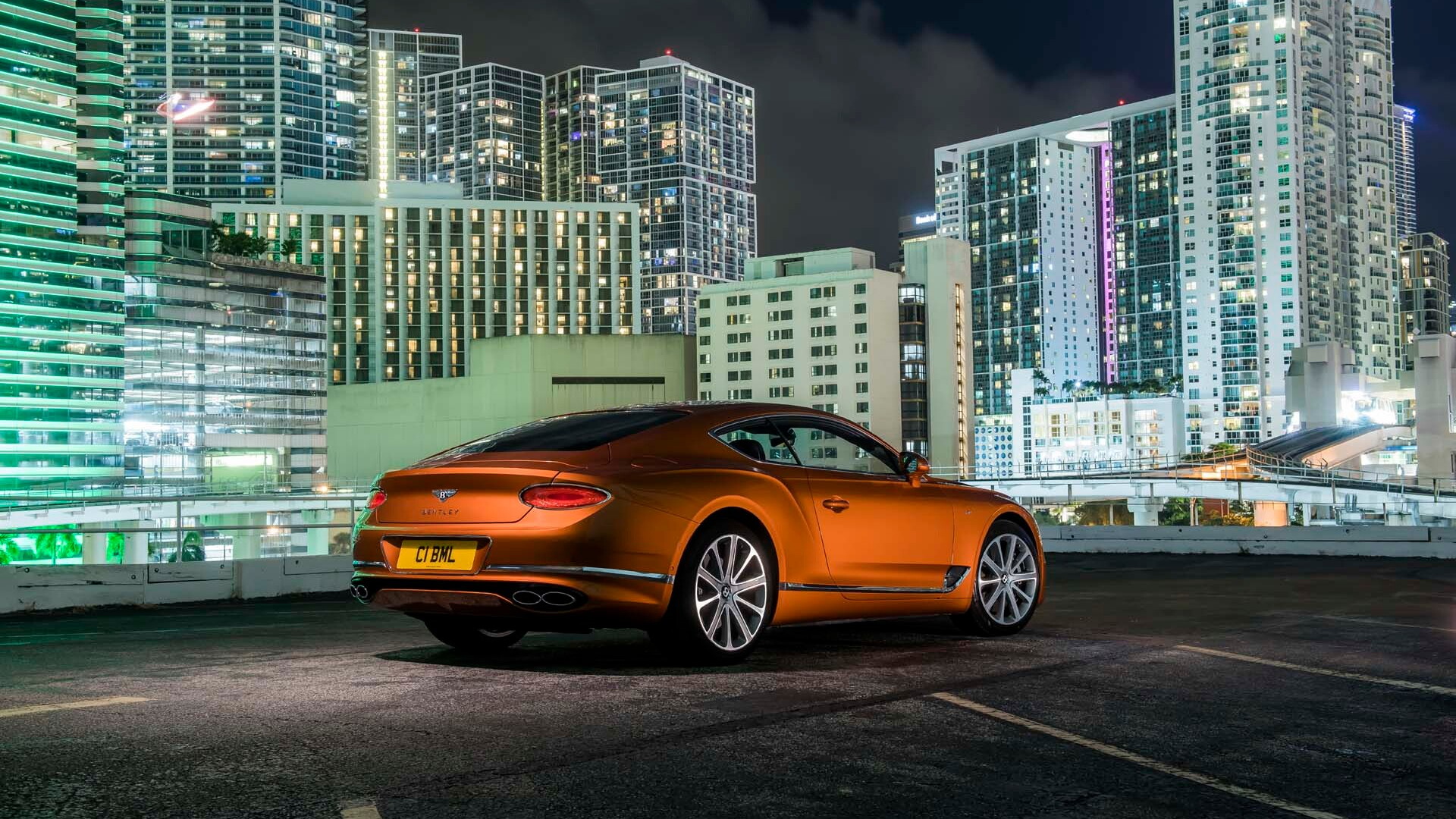 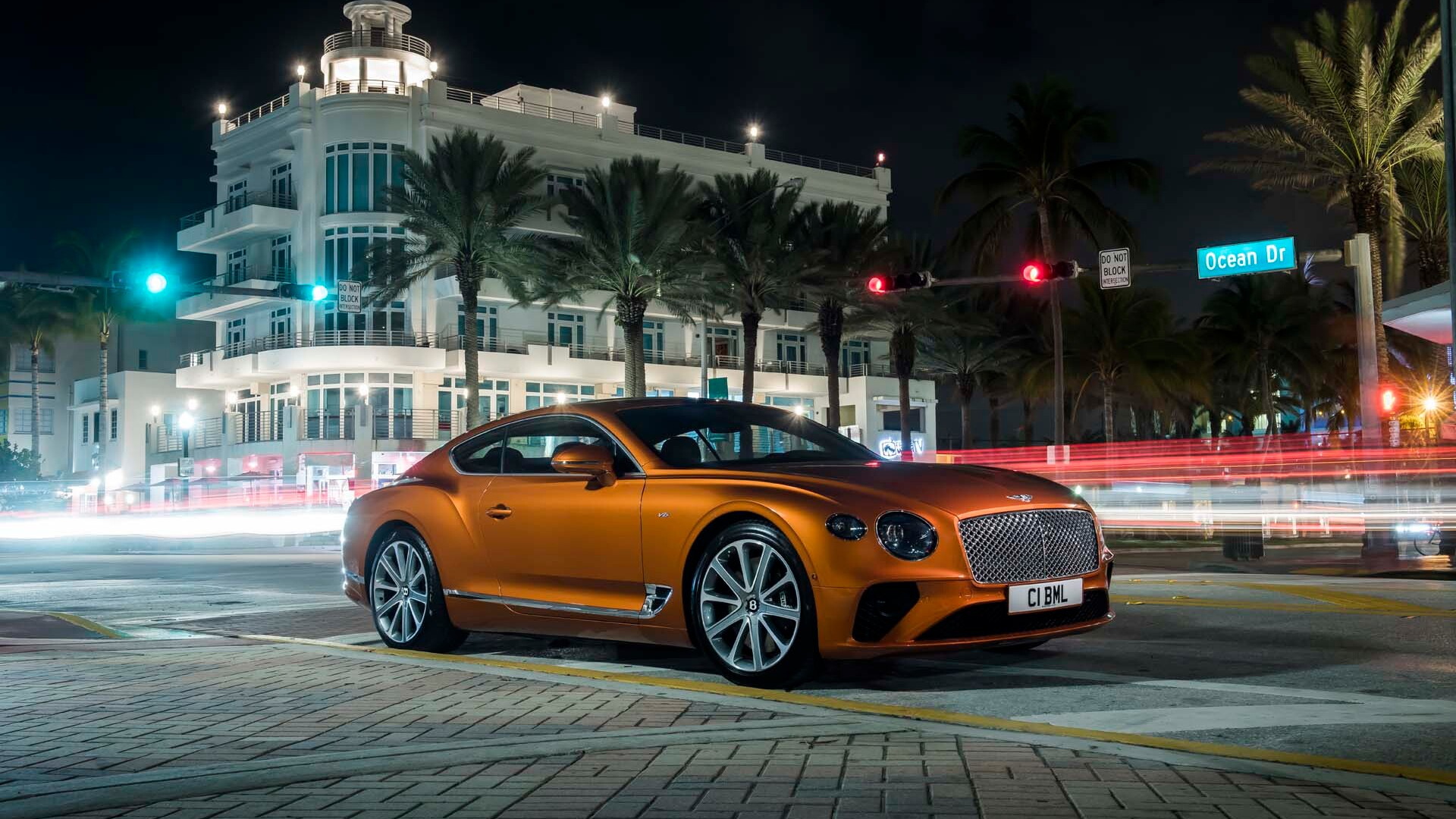 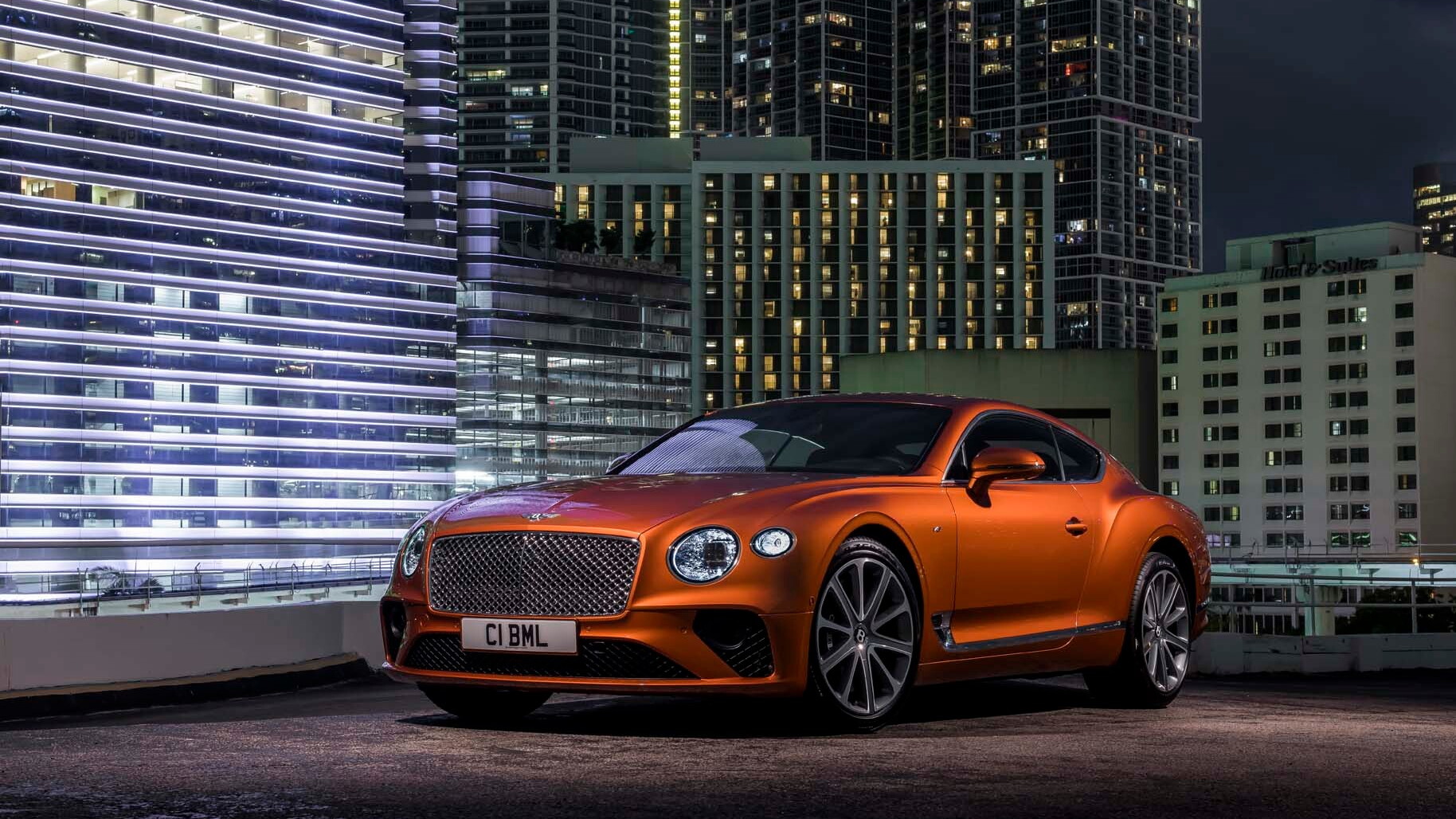 In this case, Bentley pegs the V-8 as the mile-chewing, grand-touring option for the Continental GT and drivers may chew up to 500 miles on a tank. A stop/start system conserves fuel at stops, and the engine can deactivate four cylinders when the full potential of the V-8 isn't required.

Performance in the V-8 falls compared to the V-12, but it's still plenty of oomph for the luxurious grand tourer. The 4.0-liter twin-turbo V-8 engine makes 542 horsepower and 568 pound-feet of torque, compared to 626 hp and 664 lb-ft in the V-12 version. The V-8 GT coupe will sprint from 0-60 mph in 3.9 seconds with the V-8, compared to 3.6 seconds with the V-12. Power is shuffled through an 8-speed automatic and sent to all four wheels via a rear-biased all-wheel-drive system.

Bentley said drivers will note a "characterful" burble from the V-8 engine not found with the V-12—it's hard to call the V-8 a penalty box.

Underneath the swanky looks sits an air suspension that drivers can control via various selectable modes. "Sport" mode will keep things stiff, while other options bring out a limo-like ride from the Continental GT V-8. Continuous dampers also ensure the driver's settings work in harmony.

Aside from the V-8 engine under the hood, not much else distinguishes the car from its V-12-powered siblings. The newest Continental GT sports "V-8" badges, and both the GT coupe and GT Convertible receive 20-inch, 10-spoke alloy wheels. The good looks cribbed from the EXP 10 Speed 6 aren't watered down in the V-8 version, and the convertible's top is a tailored, available in seven fabrics including tweed, and pops up or down in 19 seconds at speeds up to 30 mph. Convertible models also get a new neckwarmer integrated into the seats.

Cars outside of the U.S. also gain LED matrix headlights, which aren't yet approved for use in the States.

Inside, the V-8 models share their appointments with V-12 cars, which is to say, they're decadent. The signature trick from the V-12 shows up in the V-8, too: a rotating three-piece center display that toggles between analog dials, a 12.3-inch touchscreen, or an uncluttered finish.

If you must ask, the V-8-powered Continental GT coupe costs $198,500 and the convertible costs $218,350, excluding destination and gas guzzler taxes. The price predictably rockets up from there, and may we suggest the 20-speaker Naim audio system that costs more than we'll make this year? Excellent.

The U.S. will see the first V-8 powered Continental GT models reach dealers sometime this summer, while the rest of the world waits until early 2020.