Karma on Thursday released the first image of its updated Revero extended-range electric sedan ahead of the world debut at April's Auto Shanghai 2019.

The teaser image doesn't reveal much apart from a new design for the headlights. Our own spy shots of prototypes suggest the updated Revero will also benefit from tweaks to the fascias at both ends, as well as new taillights.

All Karma will say about the car is that it will be “faster” and “smarter” than the current Revero, which is basically a tweaked version of the original Fisker Karma that bowed out of production in 2012. Expect peak power to have been dialed up, and possibly new connectivity options added inside. 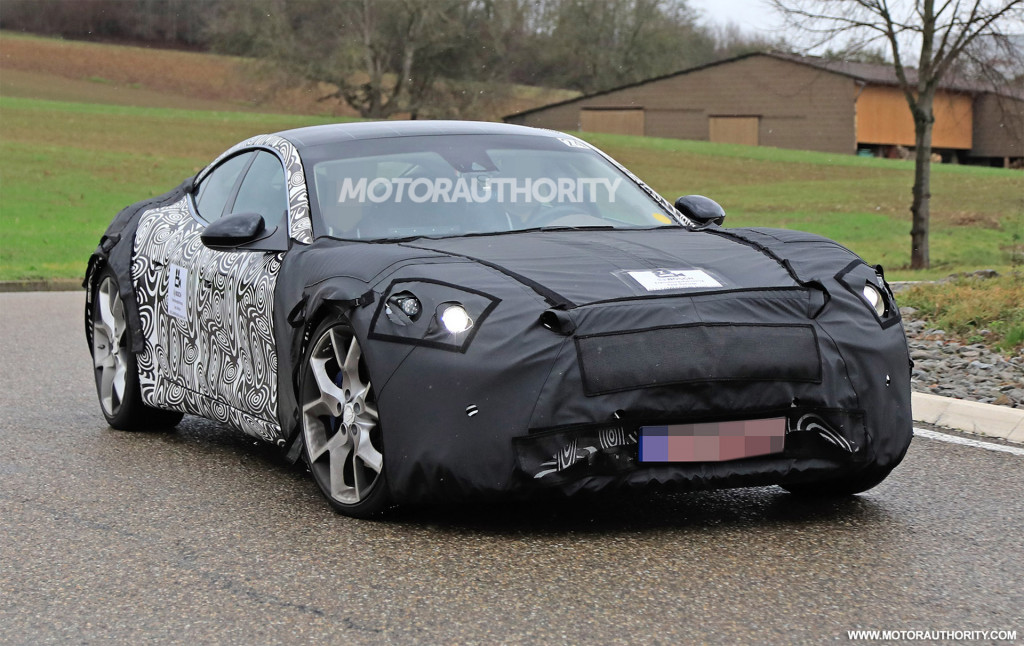 The current Revero's powertrain doesn't differ much from the setup used in the Fisker Karma. It’s still the Chevrolet Volt-derived extended-range electric setup where a 2.0-liter inline-4 sourced from General Motors is used exclusively to charge a 21.4-kilowatt-hour battery when it starts running low. The battery powers two electric motors delivering a combined 403 horsepower.

The updated Revero will go on sale in the second half of 2019, suggesting it will arrive as a 2020 model. Production will take place at Karma's plant in Moreno Valley, California.

Karma also on Thursday announced the investment of nearly $7.5 million in a new powertrain R&D center at the company's headquarters in Irvine, California. It will enable the company to handle more of its development in-house.

“These new capabilities will help Karma speed up our product development process, lead to better performance and durability and protect the intellectual property that’s critical to our success,” Karma CEO Lance Zhou said in a statement. “This investment shows our commitment to implementing Karma’s vision of becoming a luxury automaker driven by technology and innovation.”

The latest announcements come on the fifth anniversary of the founding of Karma by Chinese automotive supplier Wanxiang using the assets of the original Fisker. Today Karma has around 1,000 employees with most of them located in the United States.