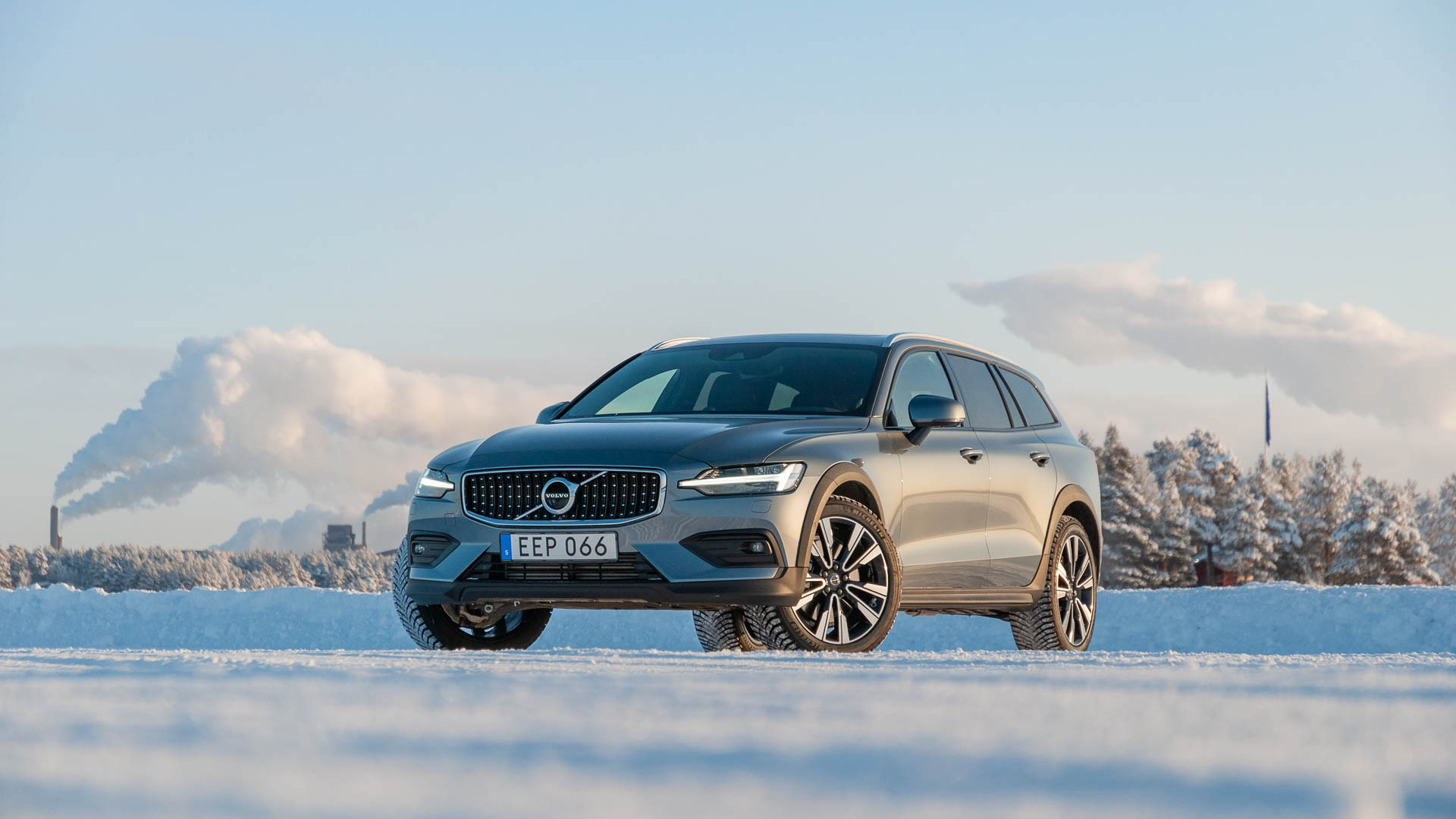 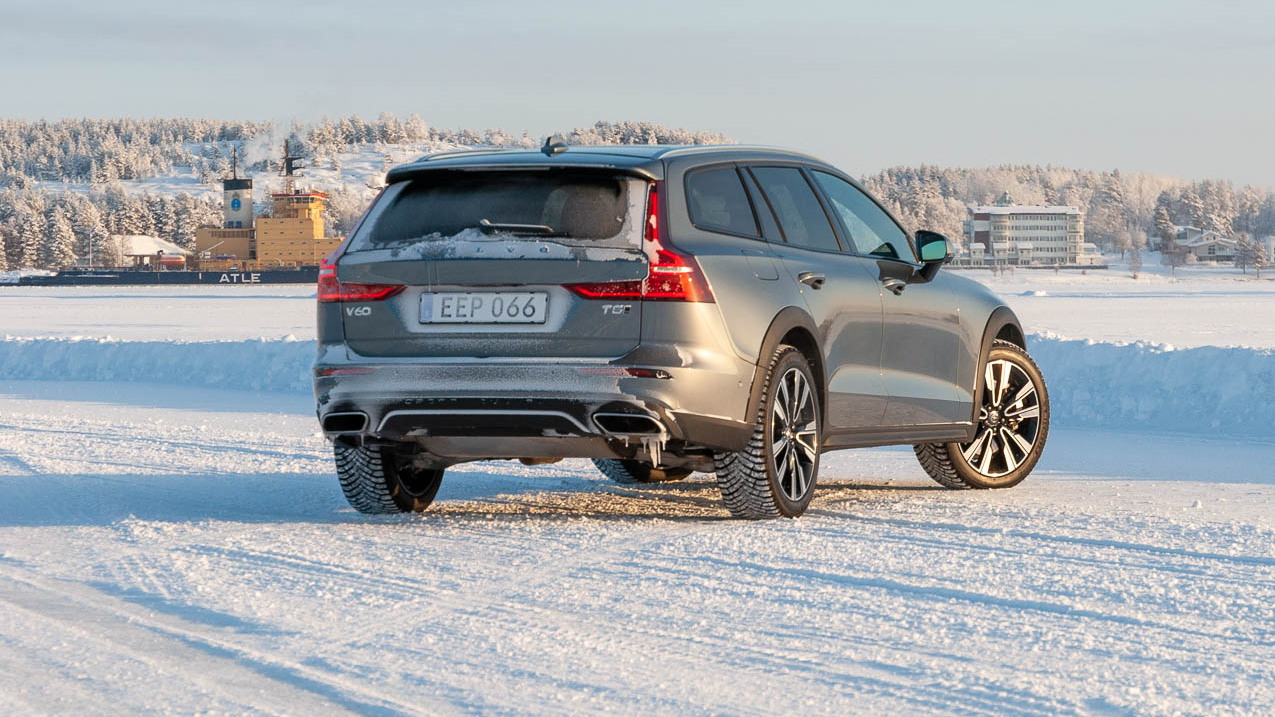 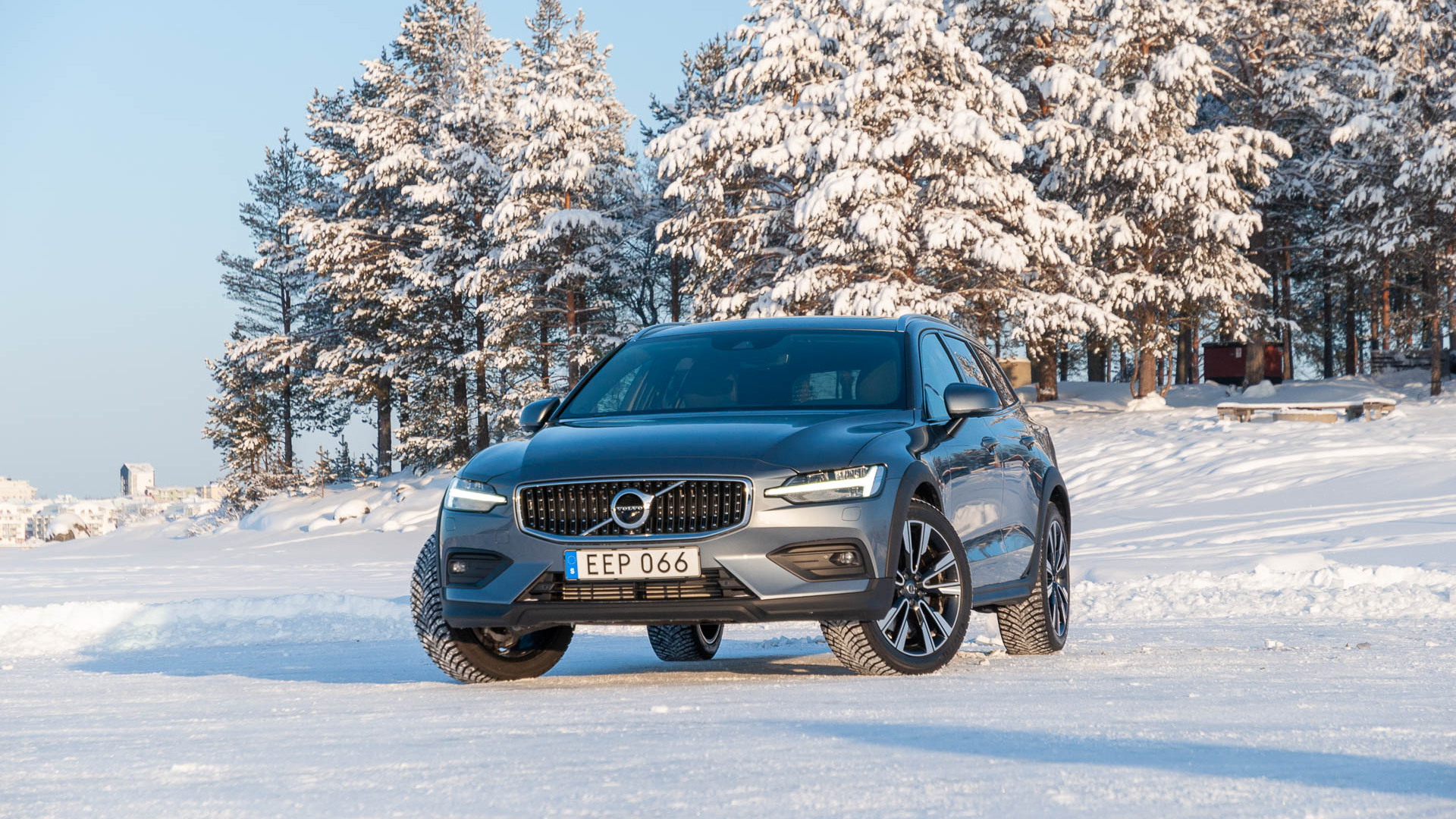 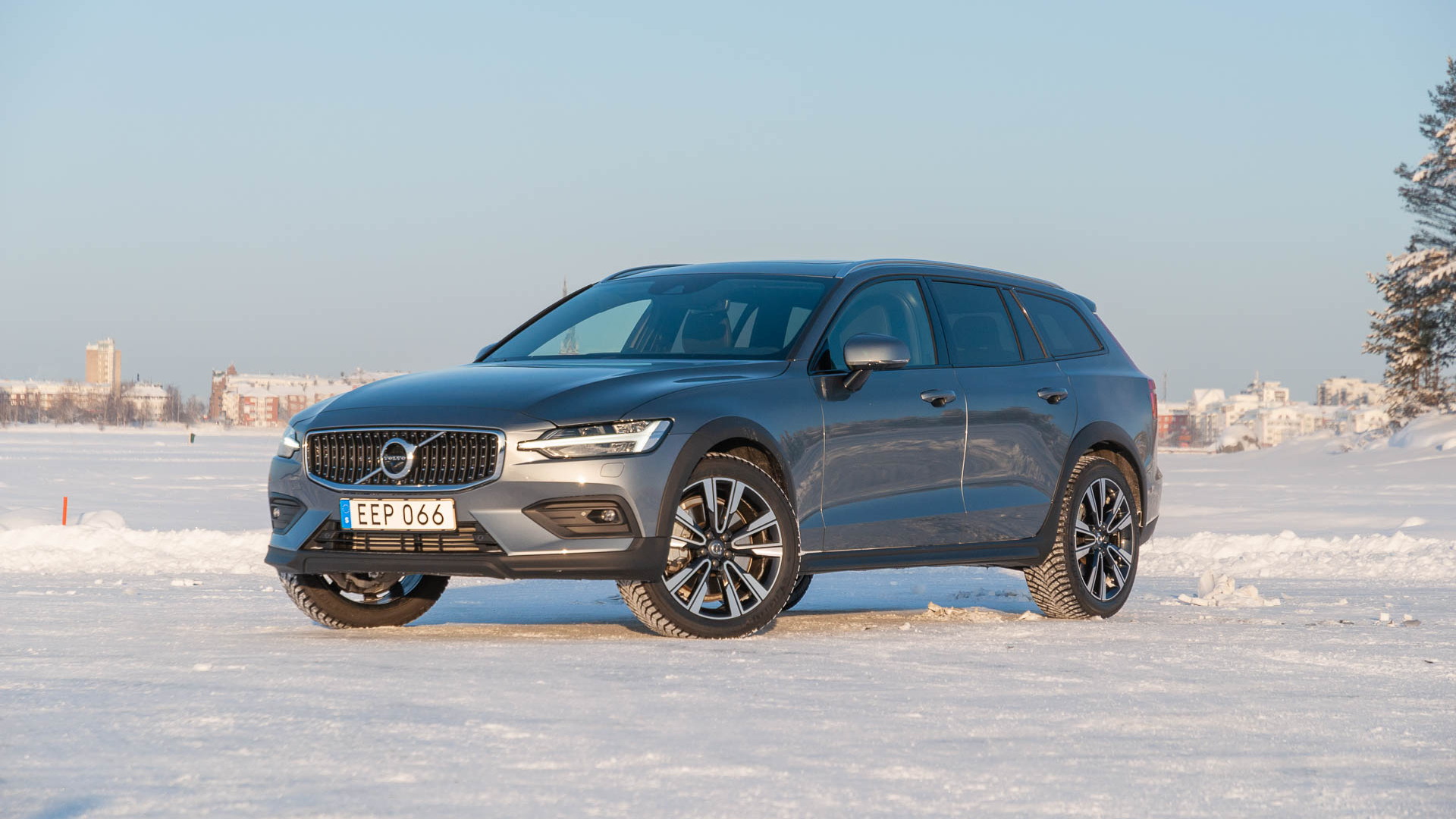 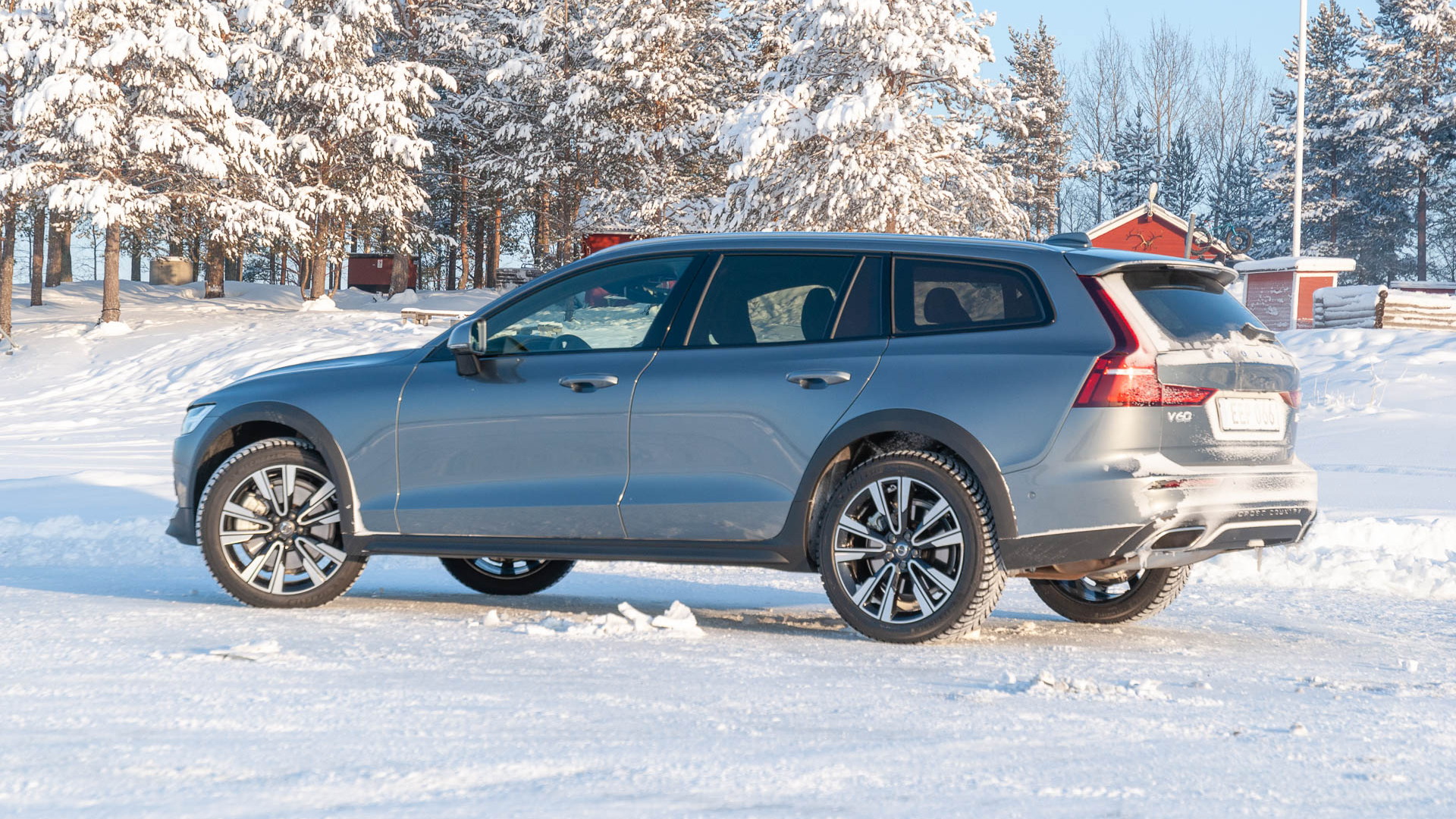 The sun bathes Lulea, Sweden with light for less than eight hours during the middle of the winter. It rises over the Gulf of Bothnia and its small, frigid islands and sets behind the charming and colorful town scattered with red, yellow and white buildings.

As pretty as this small city near the Arctic Circle is during the daylight, it’s the 2020 Volvo V60 Cross Country that I can’t keep my eyes from.

The small wagon on stilts tugs on my automotive enthusiast heartstrings—long roof, capacious interior, gorgeous exterior, safe interior—even if it won’t tug at many shoppers’ wallets.

When it goes on sale later this year, the Volvo V60 Cross Country may be a rounding error next to Volvo’s more popular crossovers. It shouldn’t be. 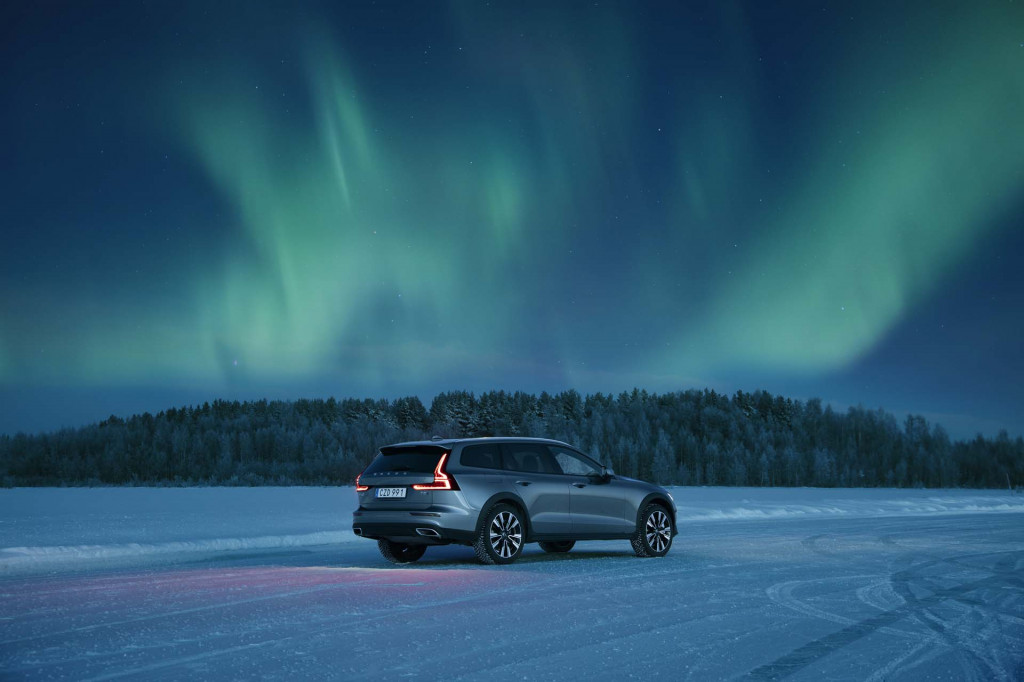 The transformation starts with 2 inches of additional ground clearance for scrambling around frozen Baltic climes—or at least up frosty driveways. The Volvo V60 Cross Country offers 8.3 inches of ground clearance, compared to the V60’s 5.8 inches and XC60’s 8.5 inches. 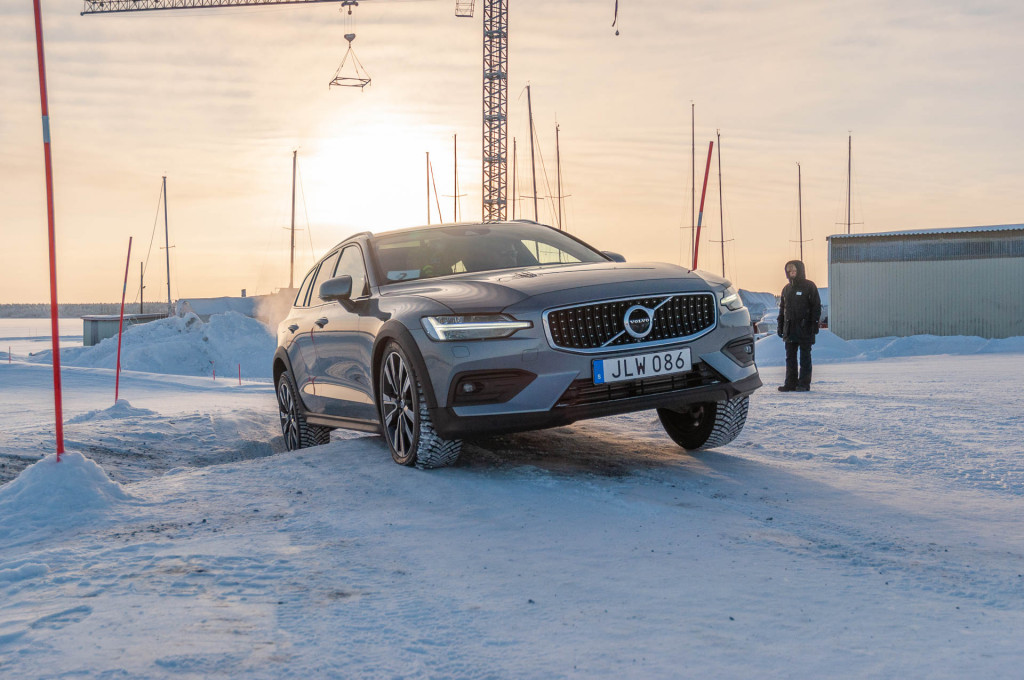 The V60 Cross Country starts with the sexy V60 and goes further with different wheels (19-inchers on our test cars), a studded grille, and unpainted lower body moldings on the fenders along with the rear and front bumpers—the latter will help hand-wringing owners not worry about rock chips over the years.

Inside, the V60 Cross Country makes an even more compelling argument. The vertically oriented 9.0-inch touchscreen for infotainment is plunked between two simple and supremely comfortable front seats that were ported over from the V60—except the plaid City Weave cloth upholstery won’t be available. 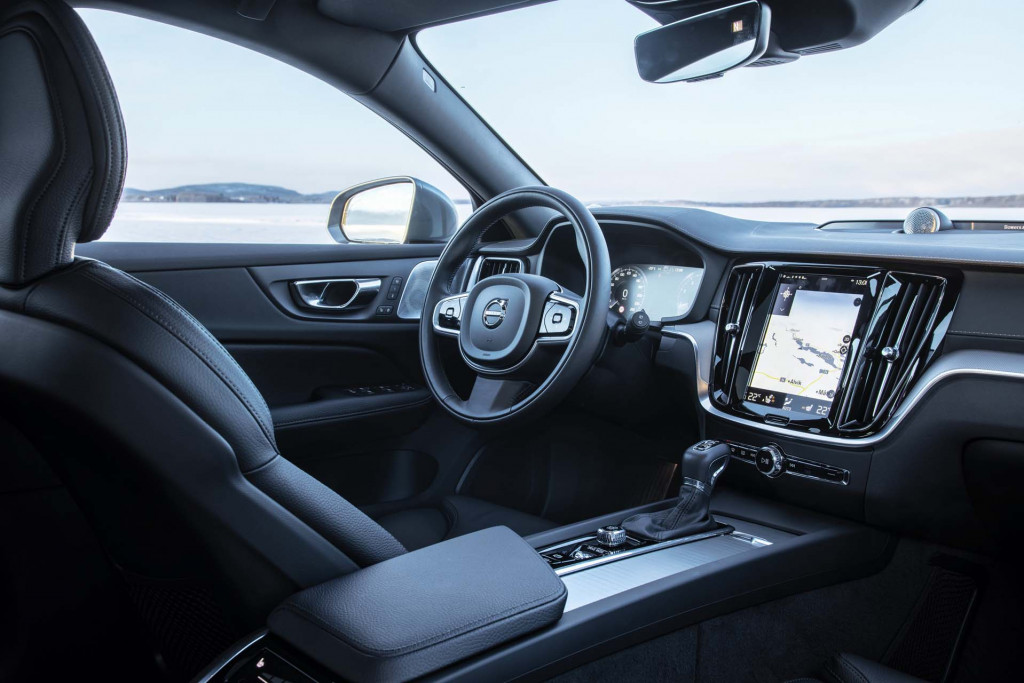 My 5-foot-10 body wiggled through the tight rear door opening and nestled into the black leather rear seats with enough room up front for a same-size someone else. Parents take note: The rear door openings are big enough to accommodate children, small enough to give parents an occasional backache.

Math makes another compelling argument for the tall wagon. The V60 Cross Country offers 23.2 cubic feet of cargo space, which is marginally bigger than the XC60. It’s not quite the box-on-wheels, metallic-green-with-tan-interior Volvo 850 Turbo from my childhood with church-pew seats, but times and tastes change. 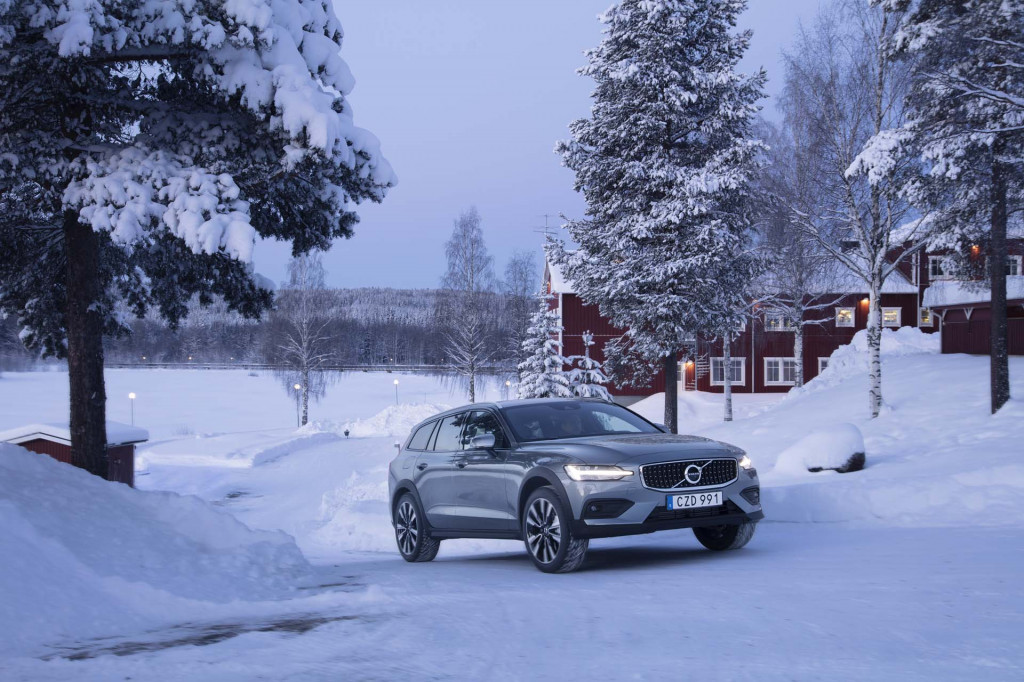 The Volvo V60 Cross Country welcomes drivers with an easy step-in height, compared to the V60.

Here in Lulea during the winter, the mercury rarely rises above freezing, and the start knob twists to life a turbo-4 in minus-10 temps.

That turbo-4, the same engine in other recent Volvos, produces 250 horsepower and 258 pound-feet of torque. The power is more than ample for day-to-day driving with nearly no turbo lag and a refined, but not fake, tone. It’s sent to all four wheels via a BorgWarner all-wheel-drive system and 8-speed automatic transmission.

Volvo banks on 2.0-liter inline-4s for its lineup that are more fuel-efficient than its old inline-6s, but also coarser. The V60 Cross Country will arrive in the U.S. with a 2.0-liter turbo-4 that has a smoother, more refined power delivery than the more powerful engine it’s related to, good news to our senses.

Its 8-speed automatic transmission partner cracks off crisp, clean, instant shifts both up and down with no hesitation. 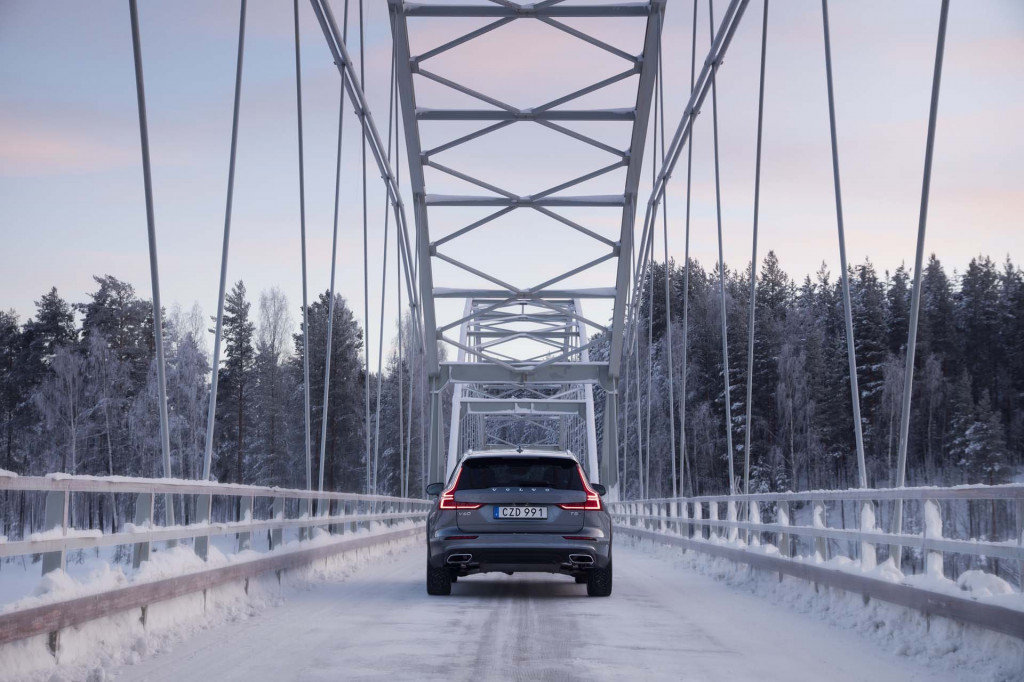 The steering is smooth and easy, but lacks information as to what’s going on at the wheels. The taller suspension soaks up road imperfections, snowpack, or rutted ice that try to disturb the peace inside the cabin.

The all-wheel-drive system transparently operates in the background as it shifts power to the wheels with traction with up to 40 percent going to the rear axle when needed. On ice- and snow-covered roads in Sweden, the traction control and stability control never flashed their warning lights in the gauge cluster as the system doled out power to the studded Michelin X-Ice tires. 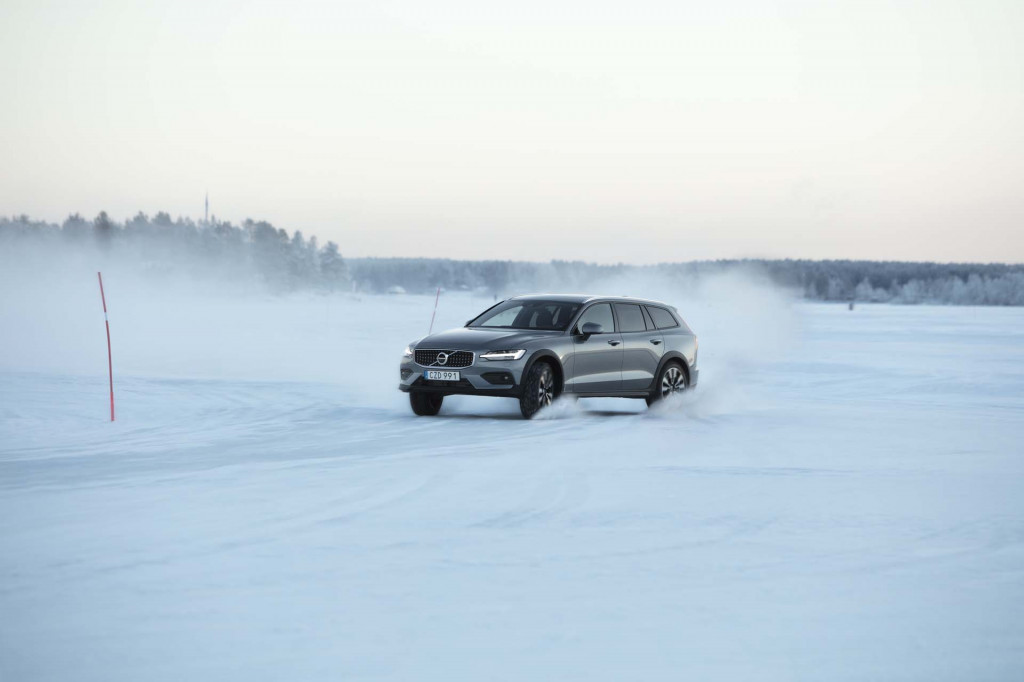 On the ice covering the Gulf of Bothnia that leads into the Baltic Sea, I push the high-riding wagon sideways to test the limits of the stability control system, which fights me through every turn. Activating ESC Sport Mode relaxes the V60 Cross Country’s tight grip on fun—but not on me.

As I float the car sideways around a long sweeper, the seat belt suddenly cinches down hard on my torso and tightens on my chest. With a strained laugh, I bury the throttle further. The belt cinches harder, a second time.

After what feels like 20 minutes (but probably really 35 seconds) the belt loosens its stranglehold on my body as the V60 Cross Country straightens out.

No one will, or should, drive the V60 Cross Country this way, especially on public roads. But it shows how well sorted Volvo’s safety and stability control systems are to allow such antics; enough rope to hang yourself, but not enough to finish the job. 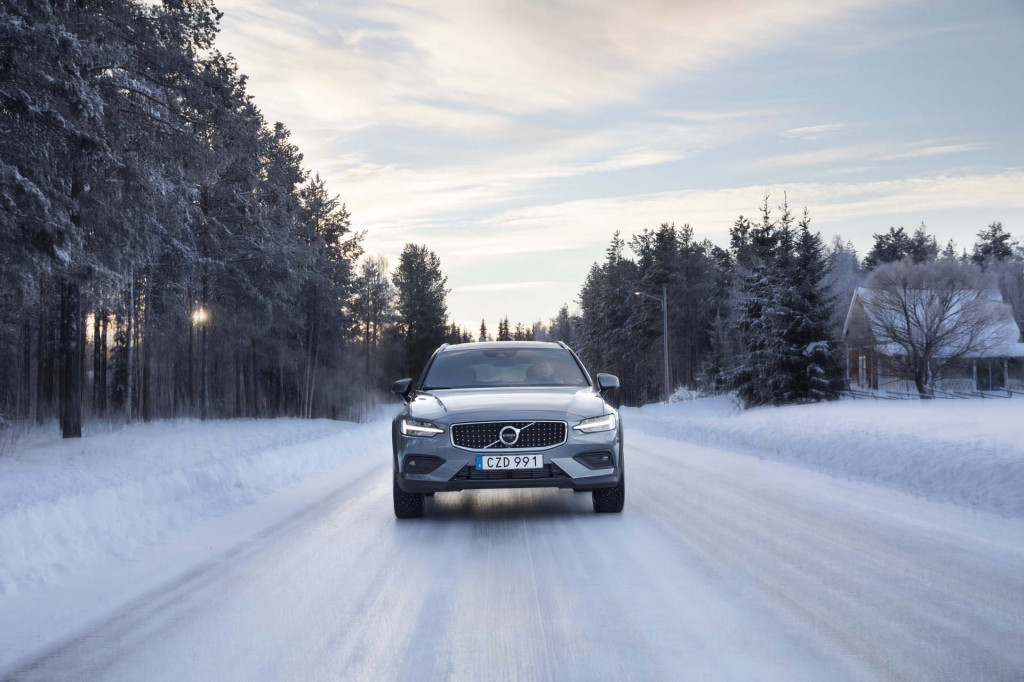 Volvo hasn’t yet said how much the 2020 V60 Cross Country will cost when it arrives in the U.S. sometime in June. It's likely to cost more than the V60 wagon, which starts near $40,000 with the T5 engine and front-wheel drive.

Every one of these lifted wagons will be built at Volvo’s Torslanda plant outside Gothenberg, Sweden, but just one will be drifting through my mind, gracefully winding through snowbanks near the Arctic Circle.

Great looking cars are always the main character in my daydreams.

Volvo flew me to Sweden and fed me Cloudberry jam along with reindeer in various forms to bring you this firsthand report.