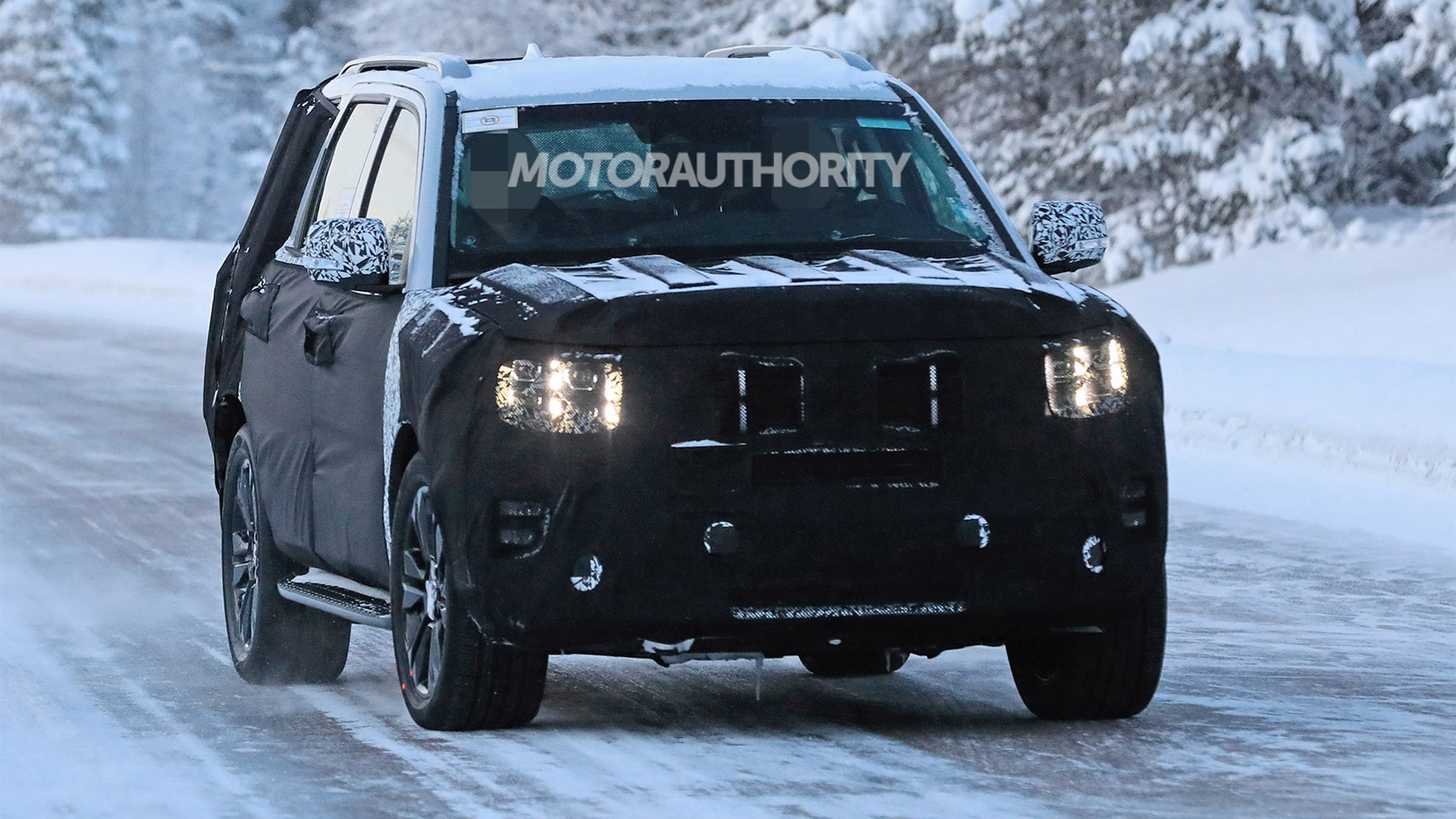 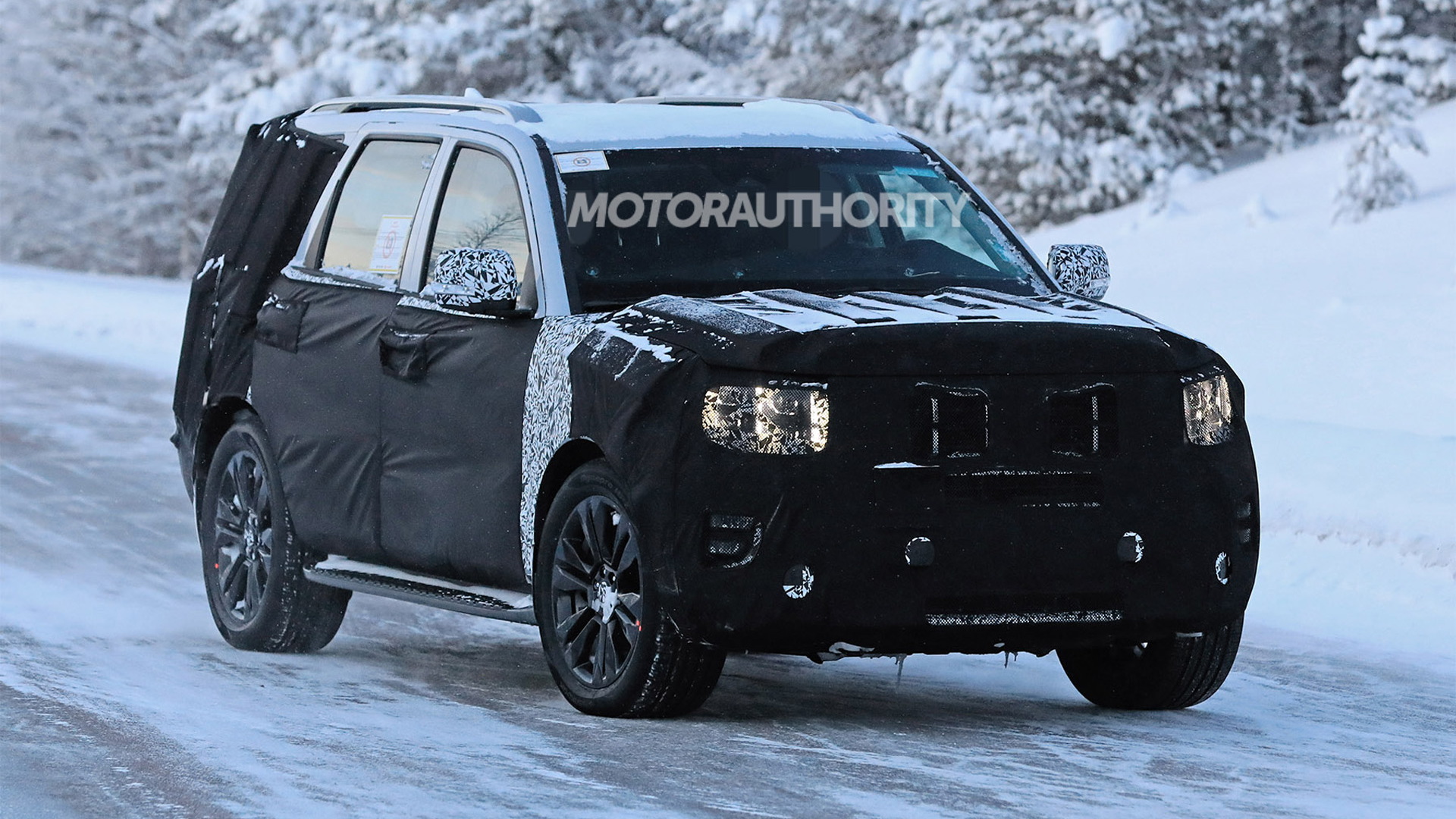 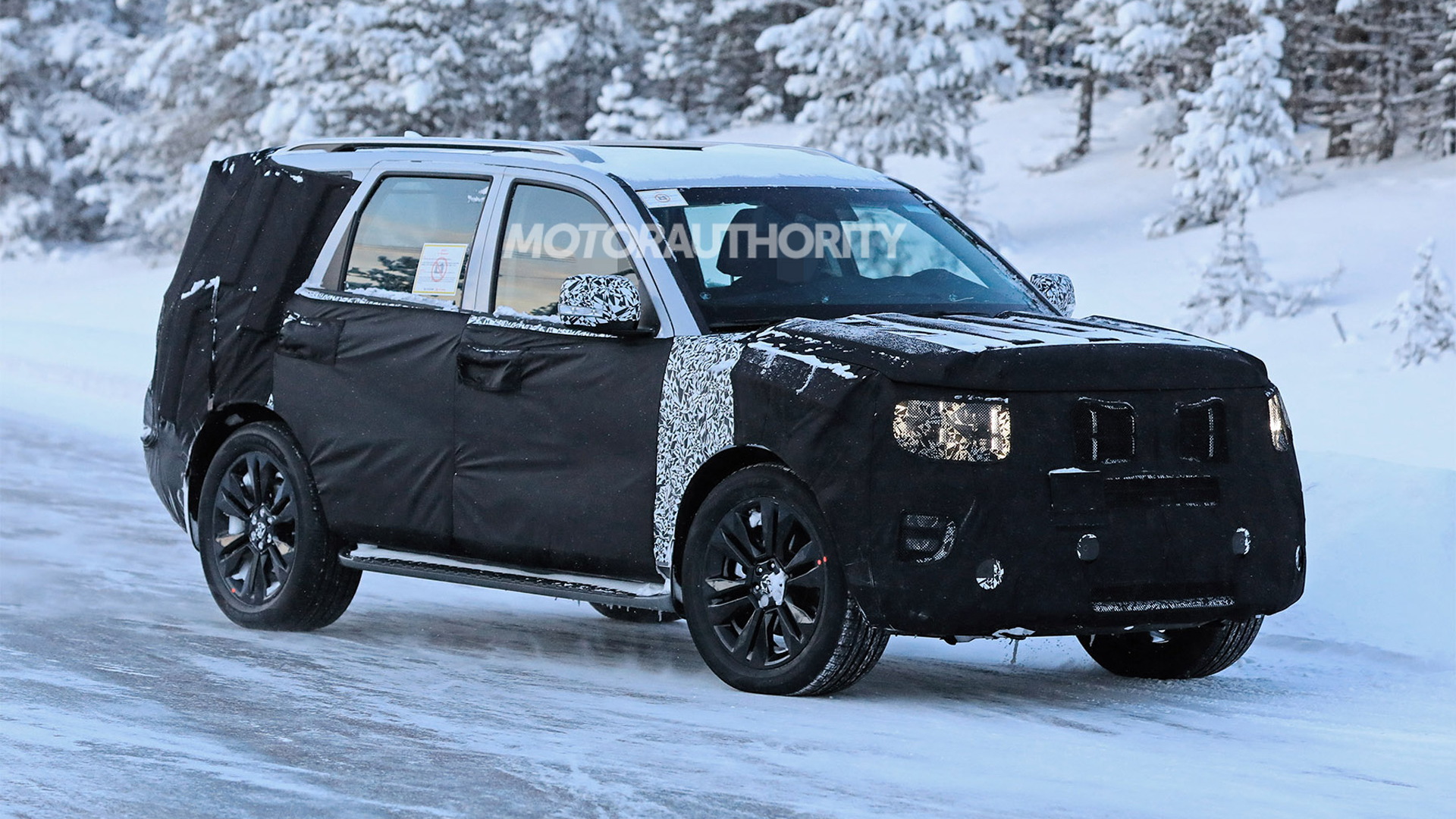 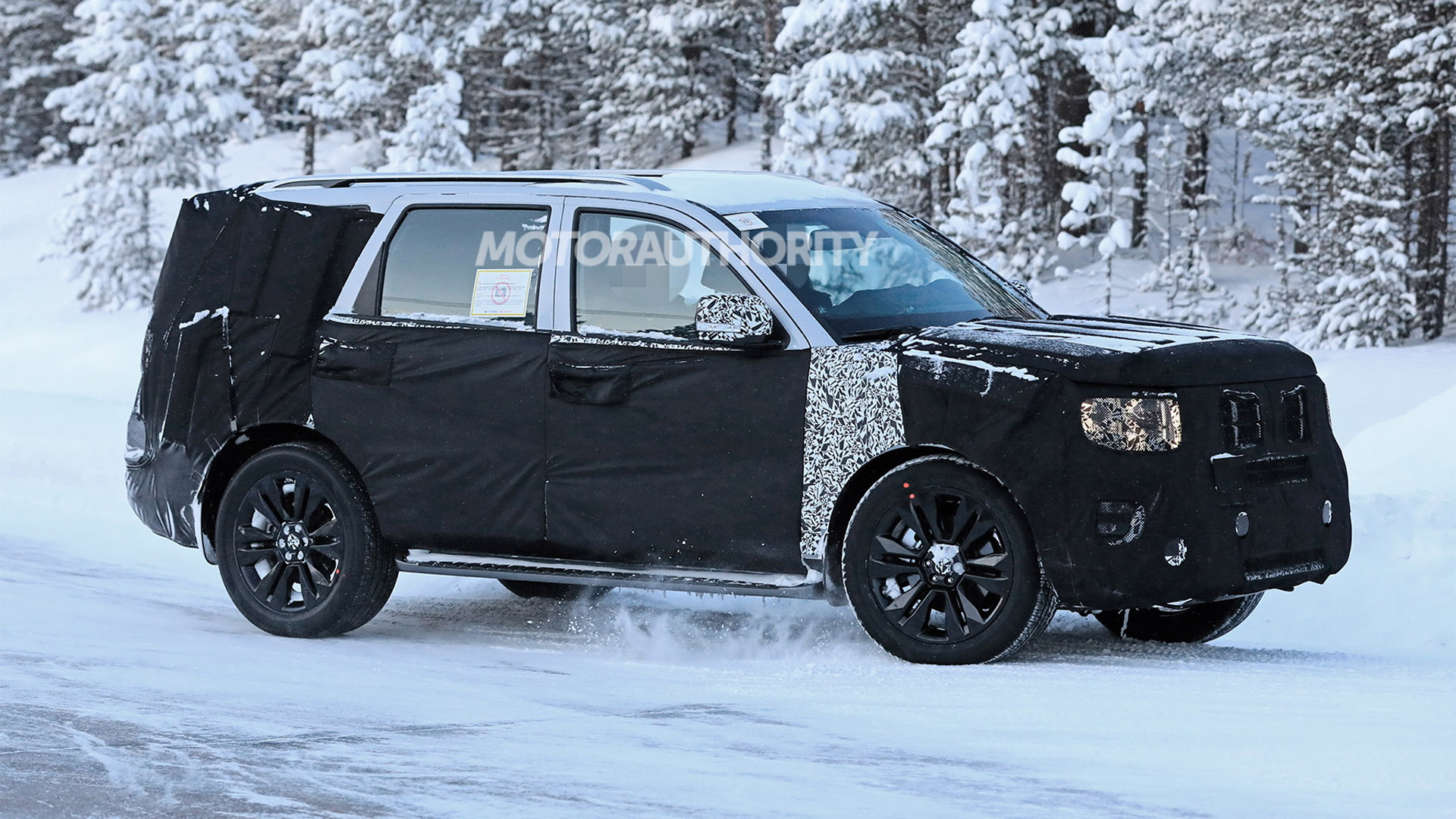 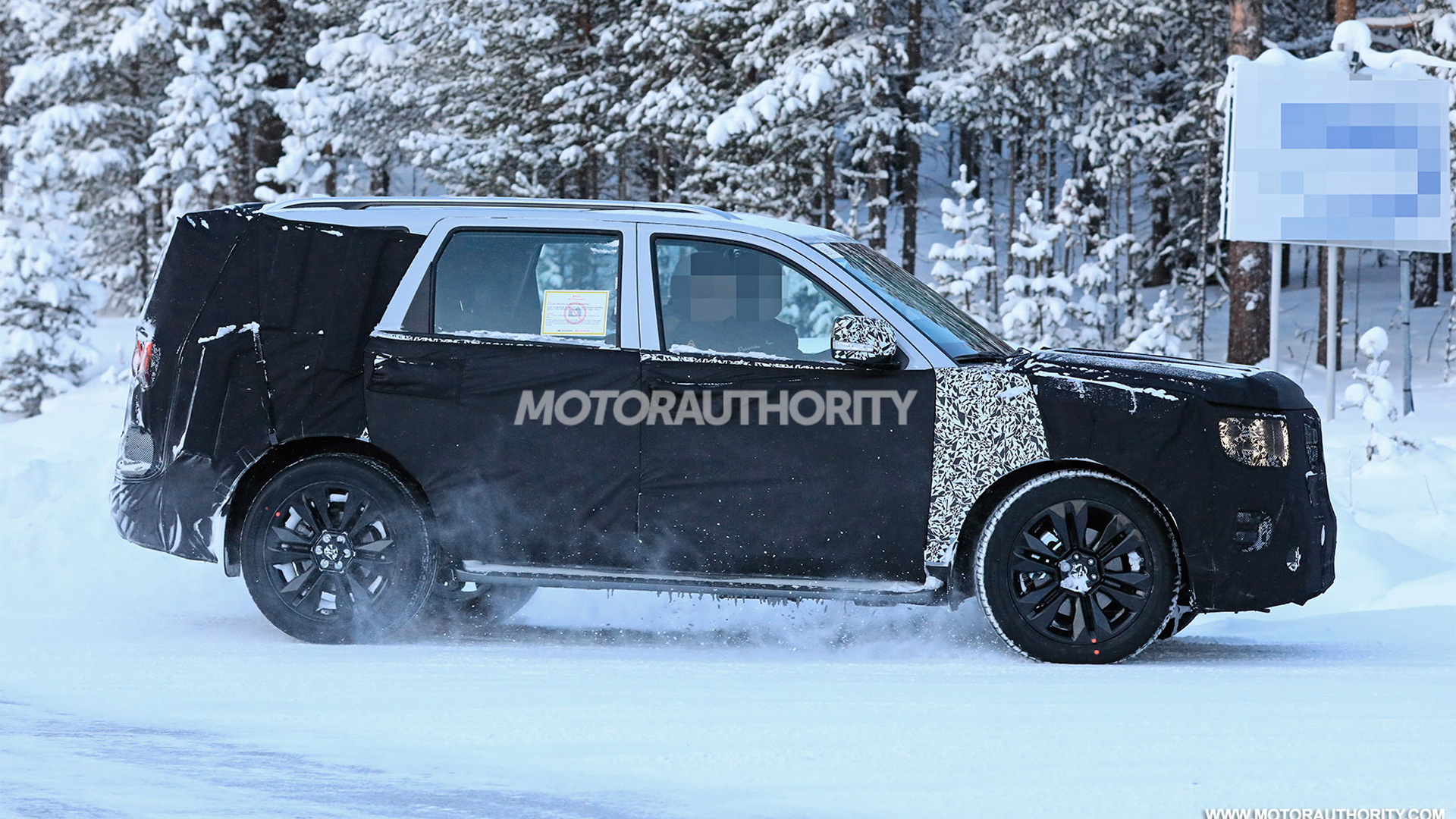 Kia is working on a new SUV, and this one could be a rugged off-roader coming to take on the soon-to-be-revived Ford Bronco and the Jeep Wrangler stalwart.

The Korean firm has just launched the Telluride in the full-size crossover SUV segment, but our latest spy shots show engineers testing a mid-size model that bears a design clearly cribbed from the Telluride. It's possible we're looking at an early tester for a redesigned Kia Mohave, a vehicle that was briefly sold here as the Kia Borrego late last decade.

If the new SUV reaches the United States, we'll likely see it arrive as a 2021 model. It's possible the vehicle ends up here as the replacement for the Sorento, the current generation of which was introduced for 2016.

The six-lug wheel design suggests more ruggedness and off-road capability than your typical Kia, something which could set this SUV apart from the family-oriented Telluride. There are also chunky fog lights and fixed running boards, which once again suggest a vehicle for active lifestyles. What isn't clear is whether there's a truck-like body-on-frame platform underneath or a more civil unibody design like that found in the Telluride.

We should note that there were reports last August that Hyundai was looking to launch a Nissan Armada and Toyota Land Cruiser rival, and if those reports are accurate it's likely any Hyundai off-roader will be twinned with this new Kia SUV. Hyundai dabbled in the segment early last decade with the Terracan, though production only lasted the one generation.