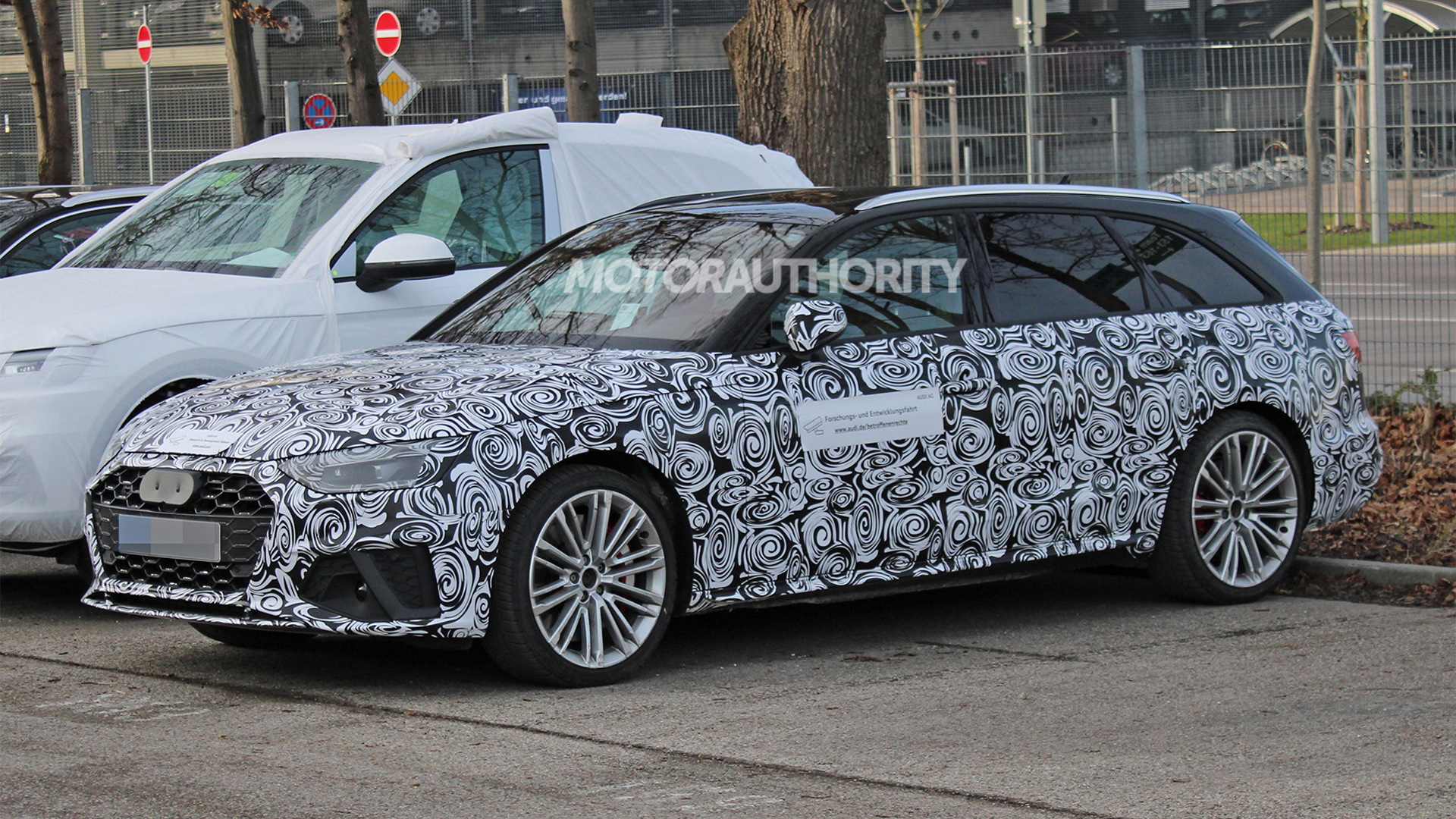 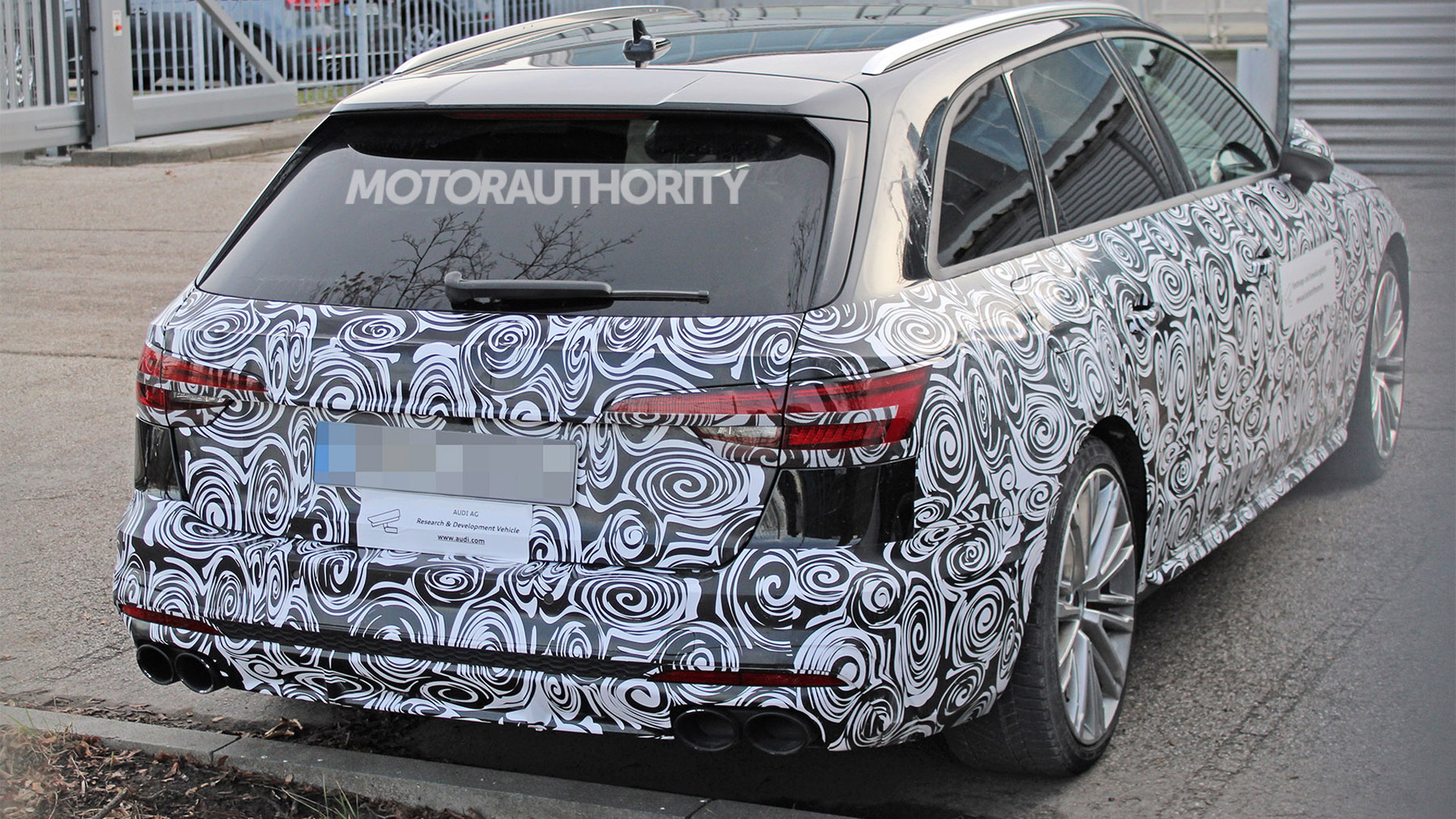 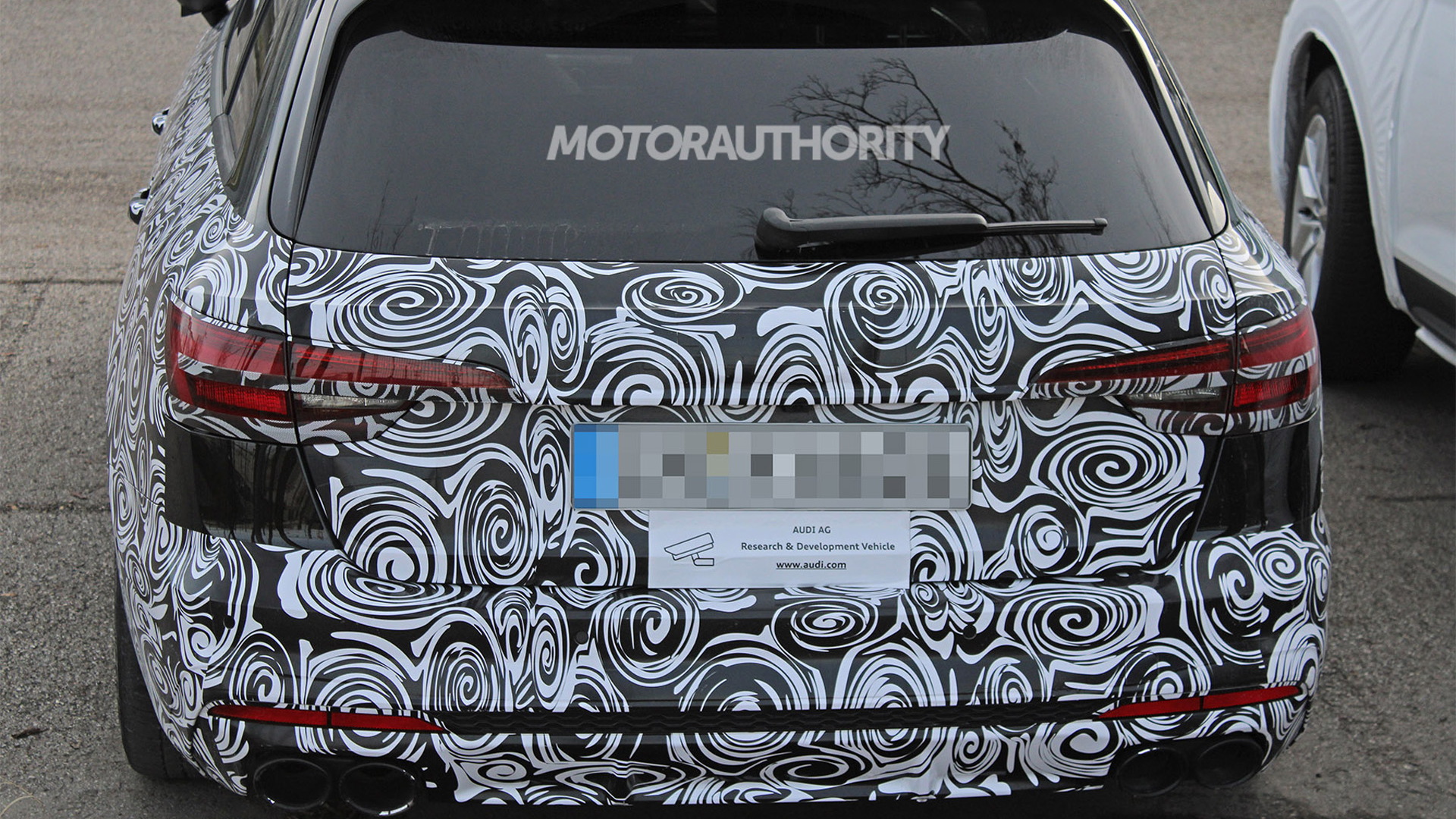 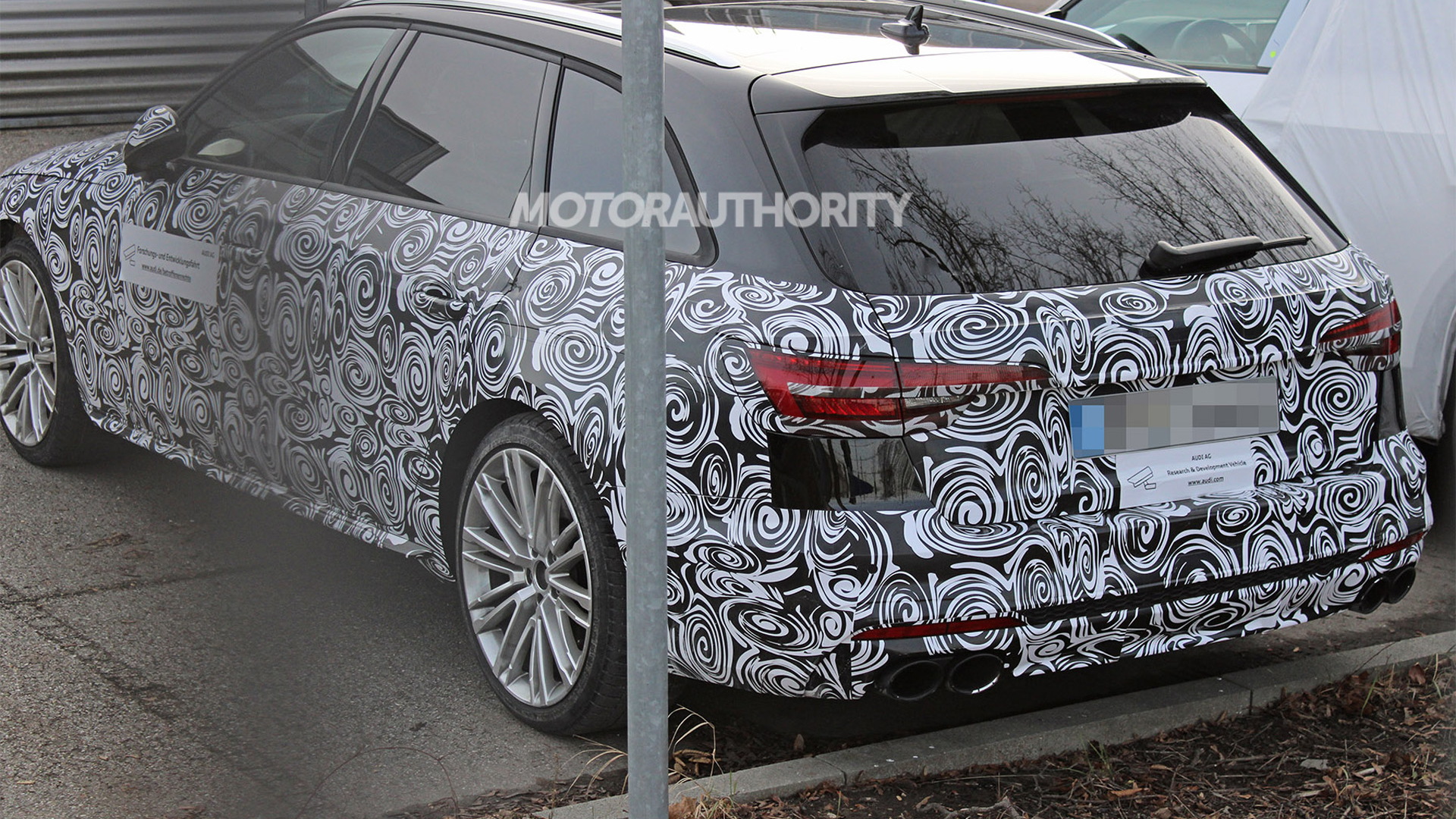 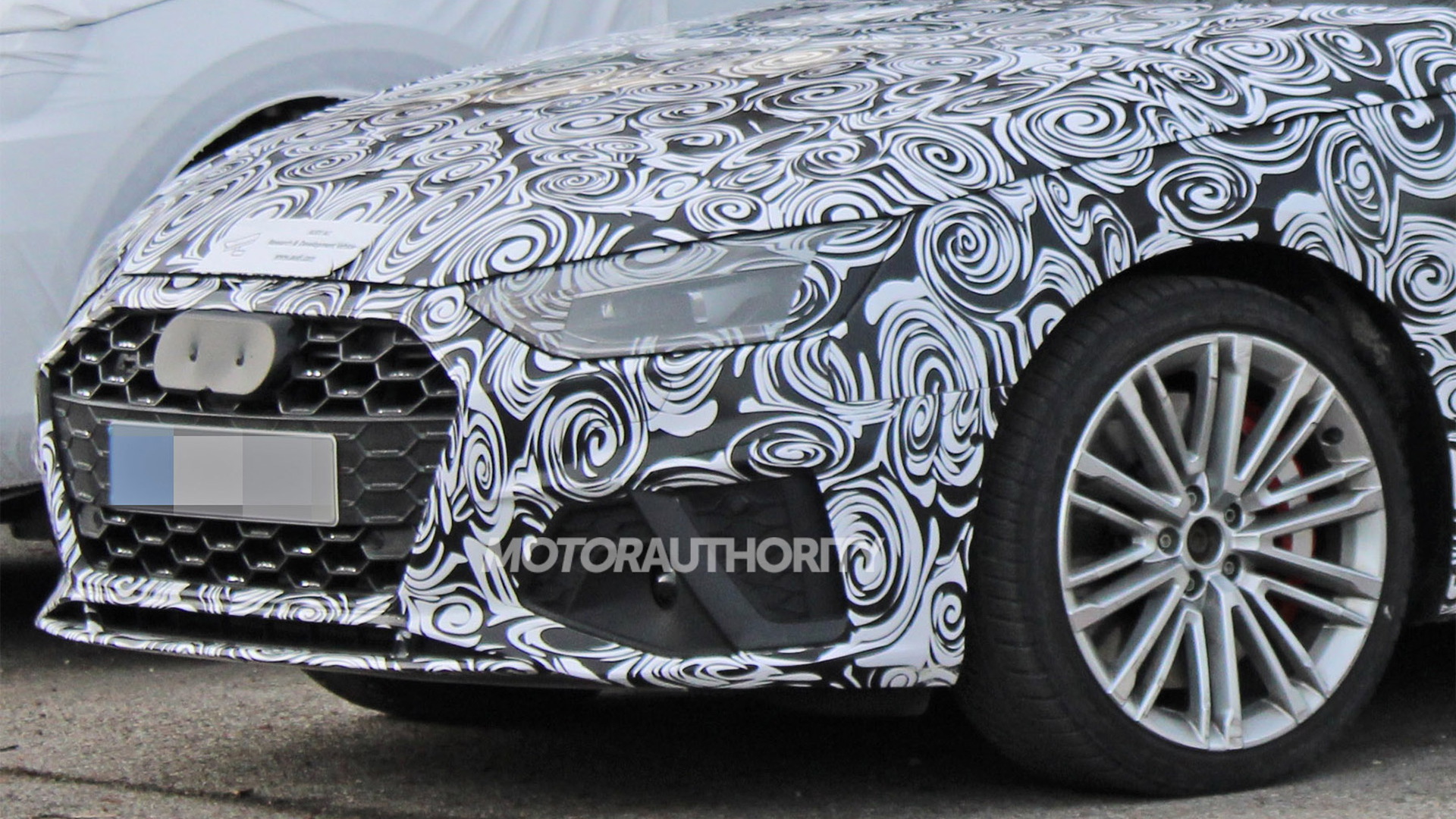 Audi's A4 just received some minor tweaks for 2019 but a more substantial update is on the way for the car's mid-cycle refresh, as evidenced by the recent sighting of prototypes.

Now a new prototype has been spotted, and this one is for the sporty S4 in Avant wagon guise.

While this updated S4 Avant isn't destined for sale in the United States, we should see similar updates on the S4 sedan we do get here.

The headlights are new and no longer feature the teardrop element of the current S4 headlights, while the front grille is also wider and lower than on the current S4. The changes at the rear are much more subtle and consist of a new light signature for the taillights and a slight refresh of the rear fascia.

There's no shot of the cabin but inside, the dashboard could be redesigned so that the infotainment screen is integrated within the center stack instead of tacked on to the top of the dash like in the current S4. We might also see the controls for the climate settings switch from physical knobs to a touchscreen interface like in the A6 and A8, though physical controls could remain if Audi goes with a design similar to the one used in the A1 Sportback.

Power in the current S4 comes from a 3.0-liter turbocharged V-6 good for 354 horsepower and 369 pound-feet of torque, with the engine mated to an 8-speed automatic transmission and all-wheel drive as standard. The same mechanical package should feature in the updated S4, possibly with a few extra horses thrown in.

The RS 4 Avant performance wagon sold overseas should receive similar updates. And eventually we'll also see the updates on the related A5 range.