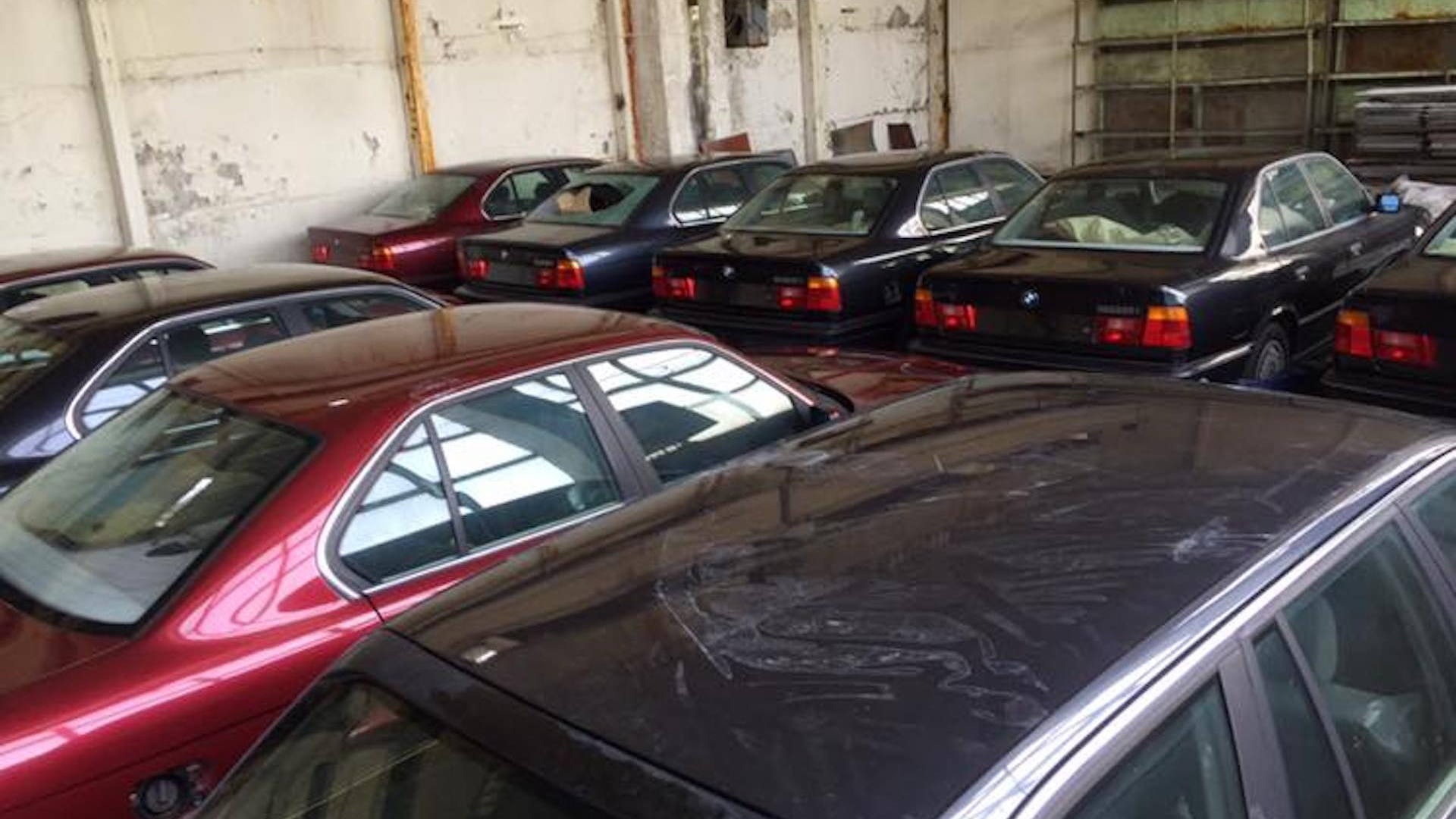 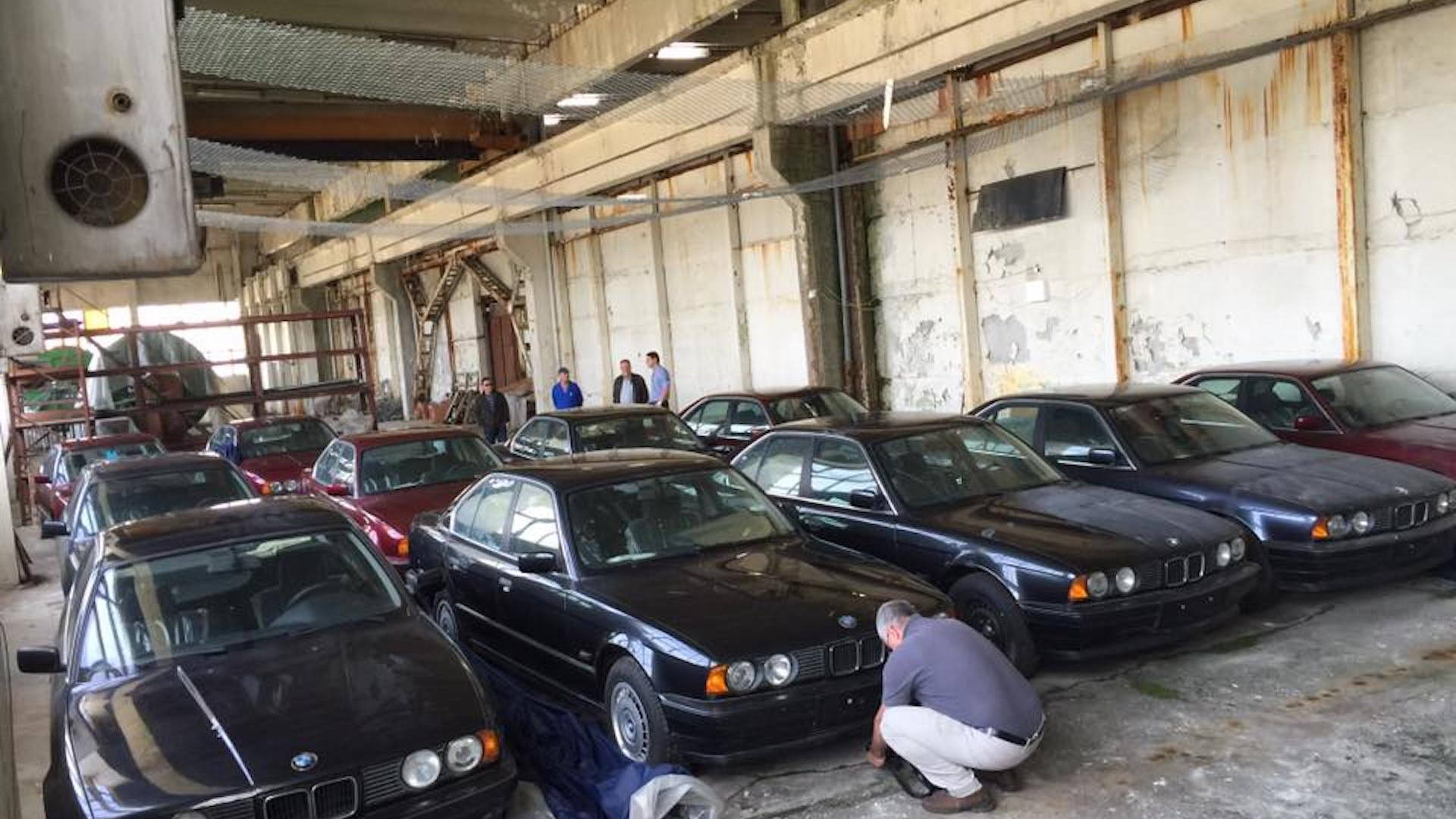 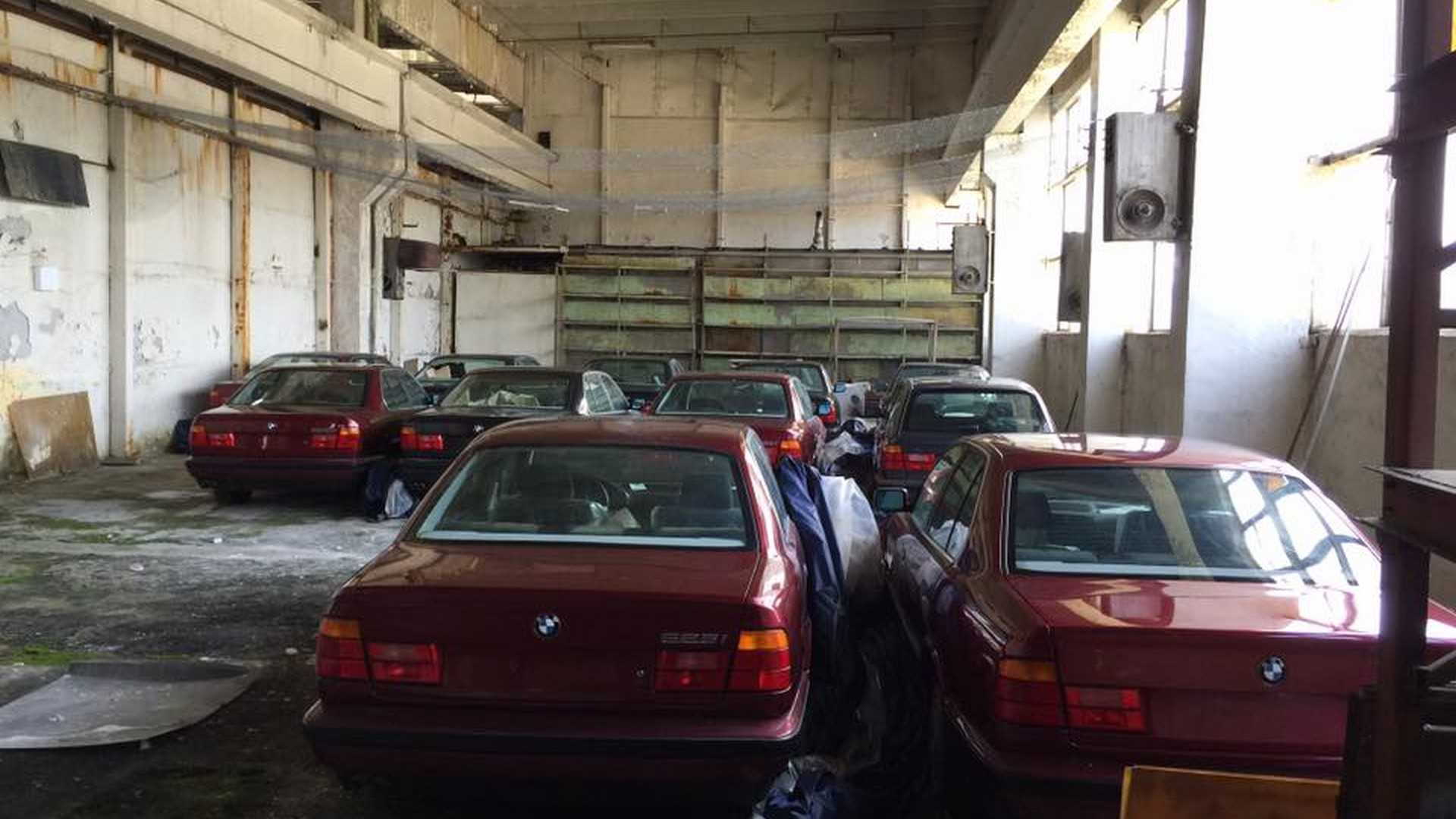 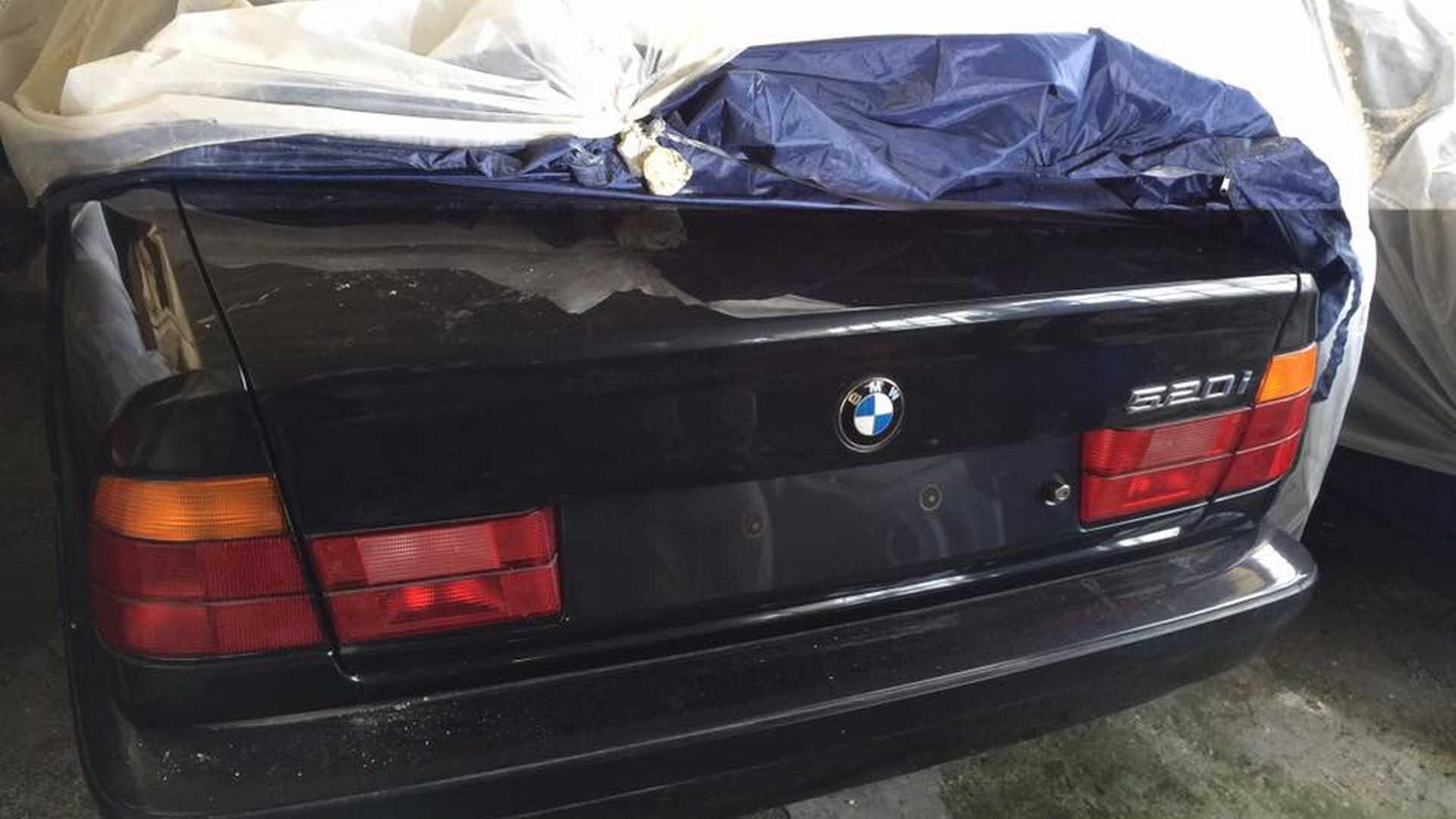 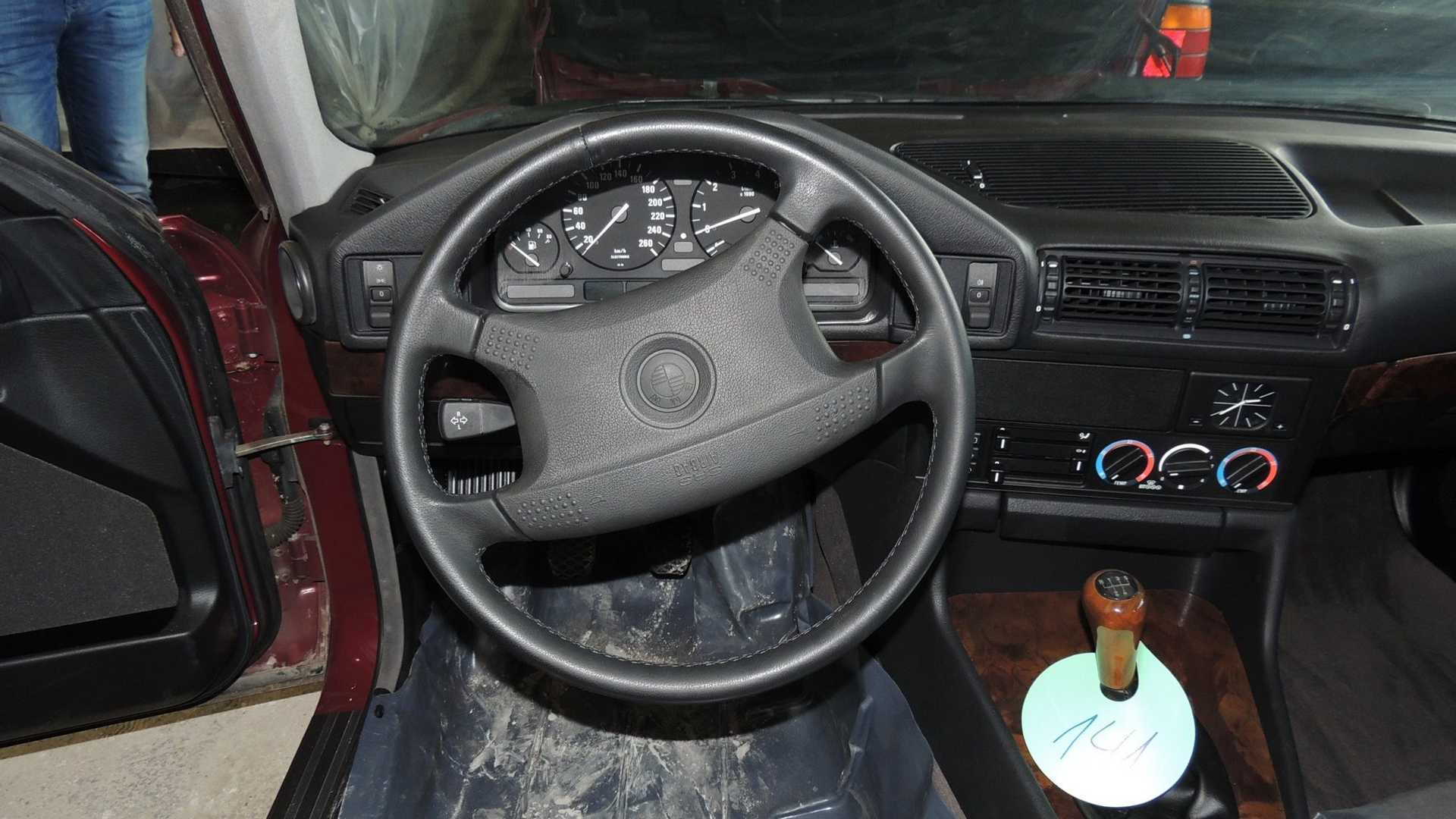 There are barn finds, and then there are treasure chests. While 11 brand-new BMW 5-Series isn't exactly a gold mine, it's an incredible discovery nonetheless.

This group of 11 E34-generation (1988-1996) 5-Series models was discovered in a warehouse in Bulgaria, according to a Facebook post by a local company called The Rust Center. The Bulgarian site Auto Club reported last Friday that the cars were found stored in the city of Blagoevgrad in the southwest region of the country.

Sadly, we don't spot any M5s among the bunch. Instead, it looks like most of the cars are 520is with a few 525is thrown in for good measure. We do spy one 5-Series wagon hiding among the sedans, however. 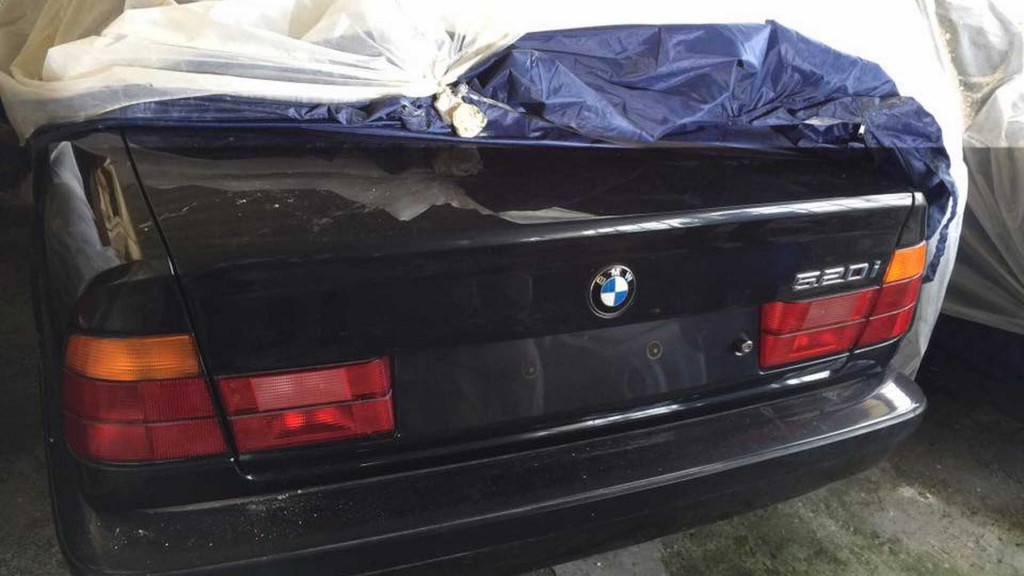 Why were they purchased and stored away? It's not entirely clear. Some Facebook commenters on the company's website claimed the BMWs were purchased as part of a rental car fleet, but never made it into service. If that's the case, someone has to be mighty forgetful to misplace 11 new cars.

In an even stranger twist, the BMW dealer the cars were purchased from has reportedly changed the fluids regularly to ensure the cars remain running. The current owner and registration data for the flock of E34 5-Series is ultimately unknown. 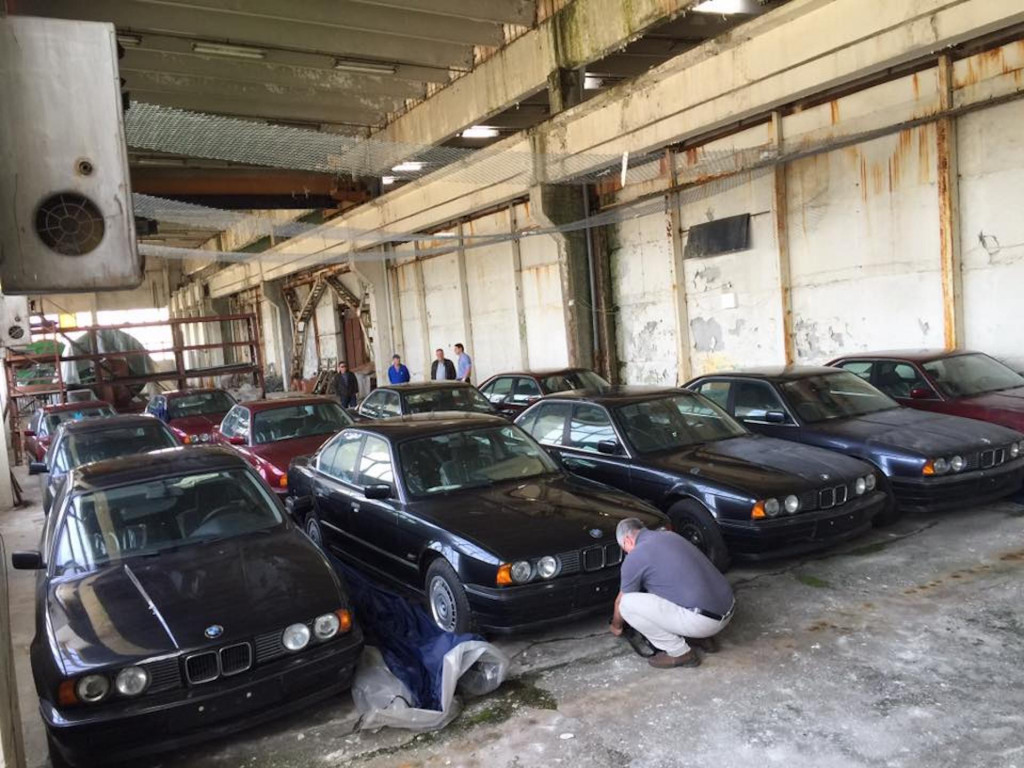 A second story from locals claimed the cars were purchased as a fleet for the former Minister of Agriculture. However, the deal ultimately went south due to his preference for Mercedes-Benz. A man by the name of Dr. Alexander Germanov supposedly takes care of the cars after the ex-minister purchased the warehouse, sold the insides for scrap, and parked the cars for good.

Truly, these are mysterious cars, to say the least. 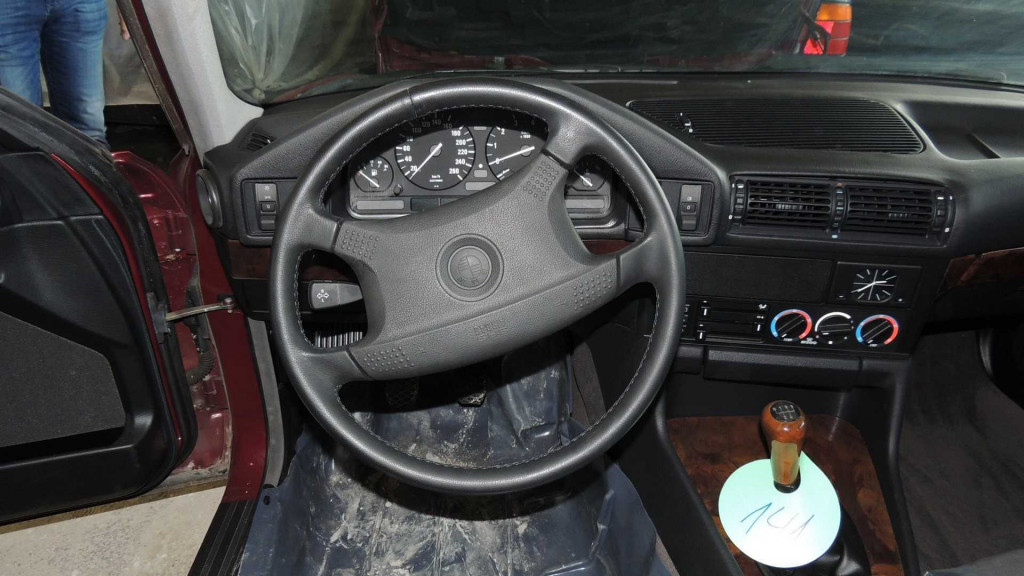 The cars will reportedly head to auction for about 15,000 Euros each, or roughly $17,000. The exteriors of the cars aren't the best as they're covered in dirt, scratched, and even banged up in places, but the interiors remain flawless. However, local buyers will need to get creative to register the basically new BMWs. The local report said local laws won't allow vehicles with older European emissions standards to be registered as new cars. Instead, they'll need to be exported to a neighboring country where the cars are eligible for a "classic car" registration of sorts.

Want a "new" old BMW? This might be your chance.