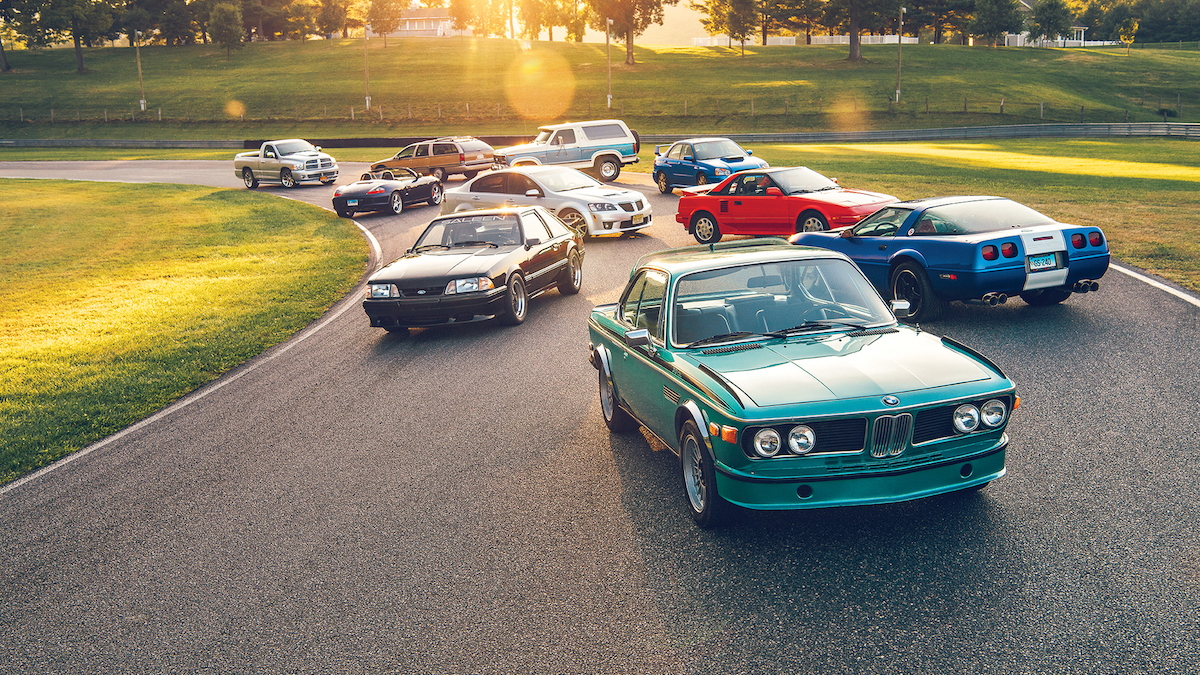 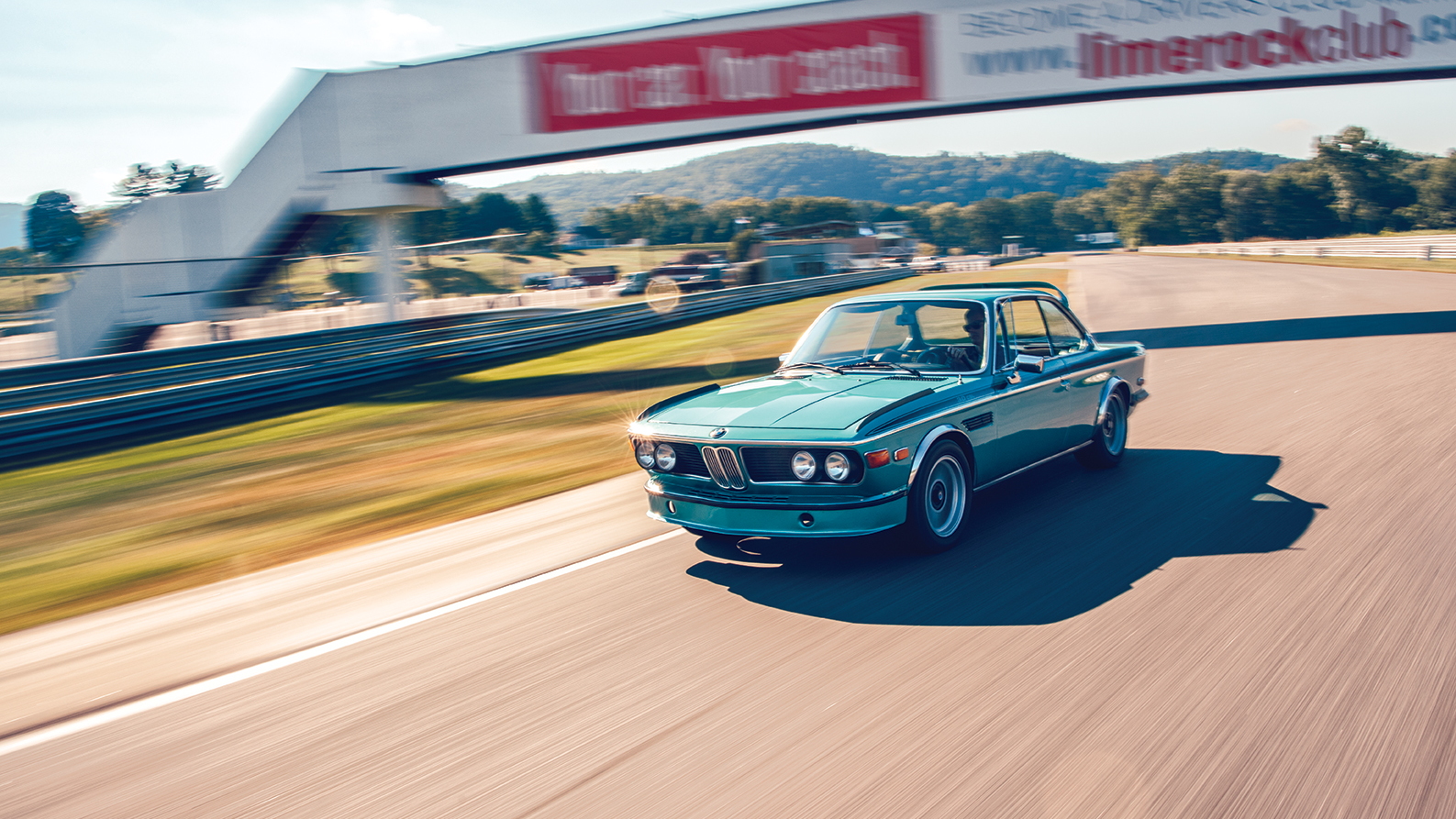 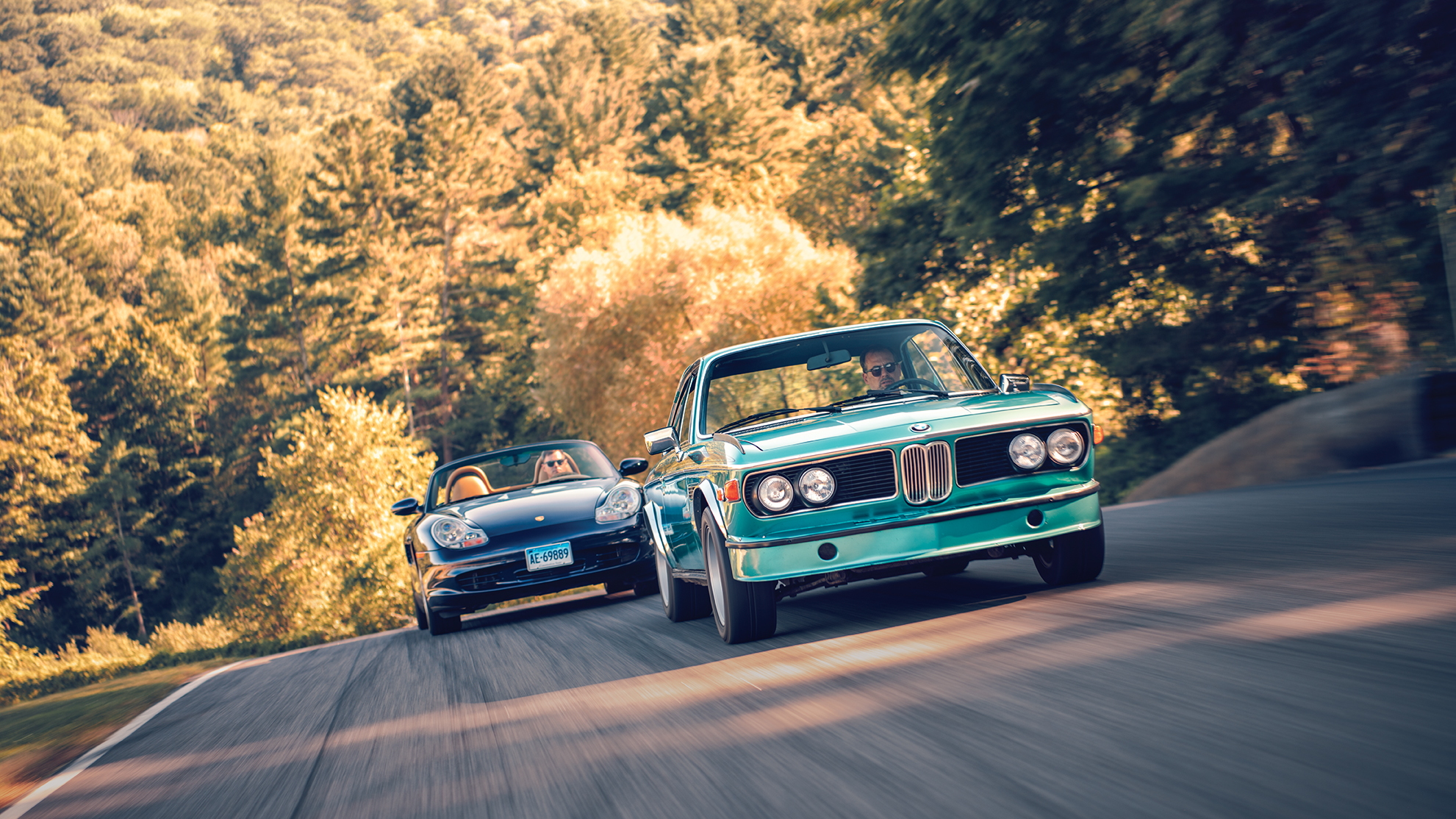 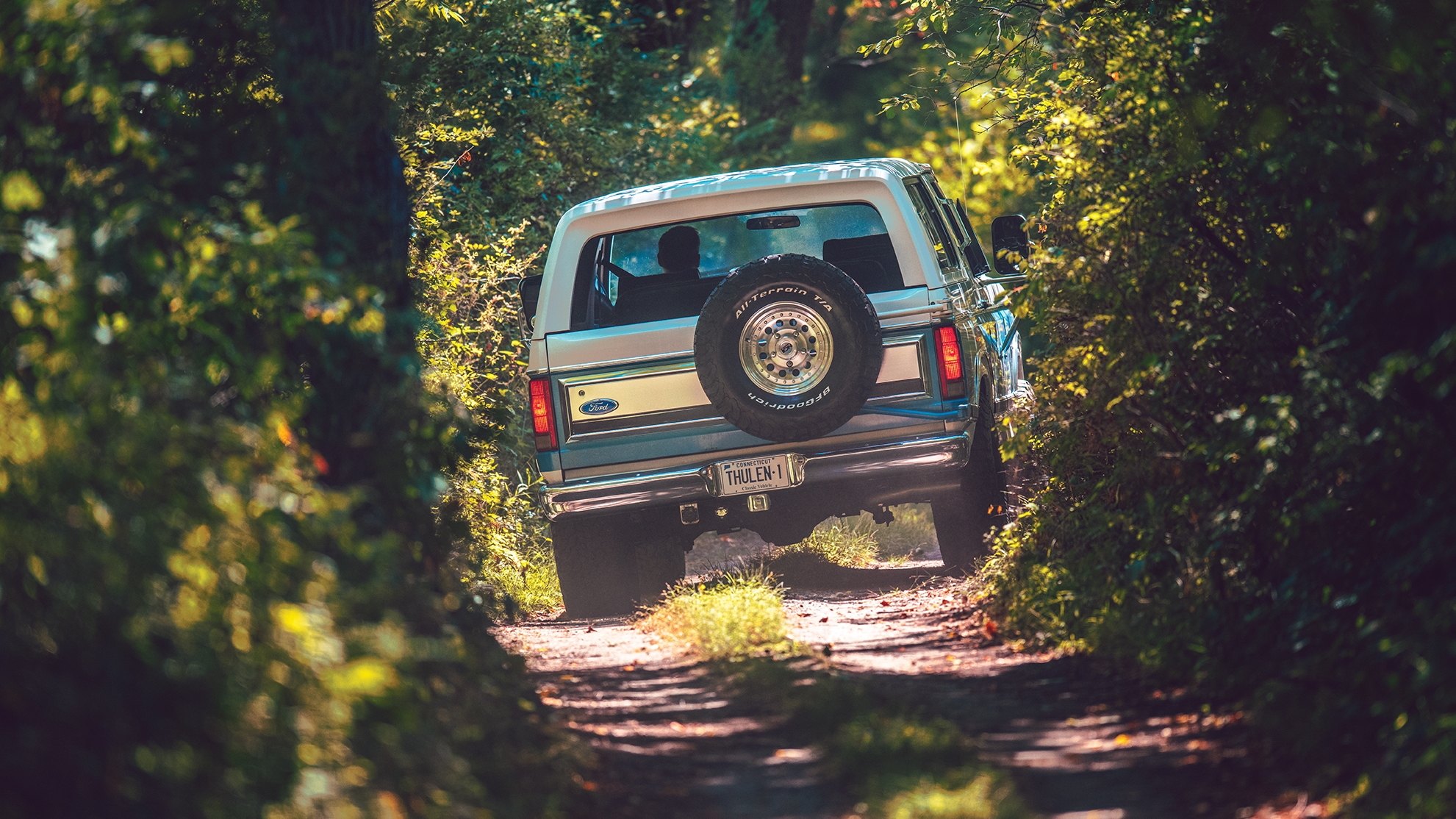 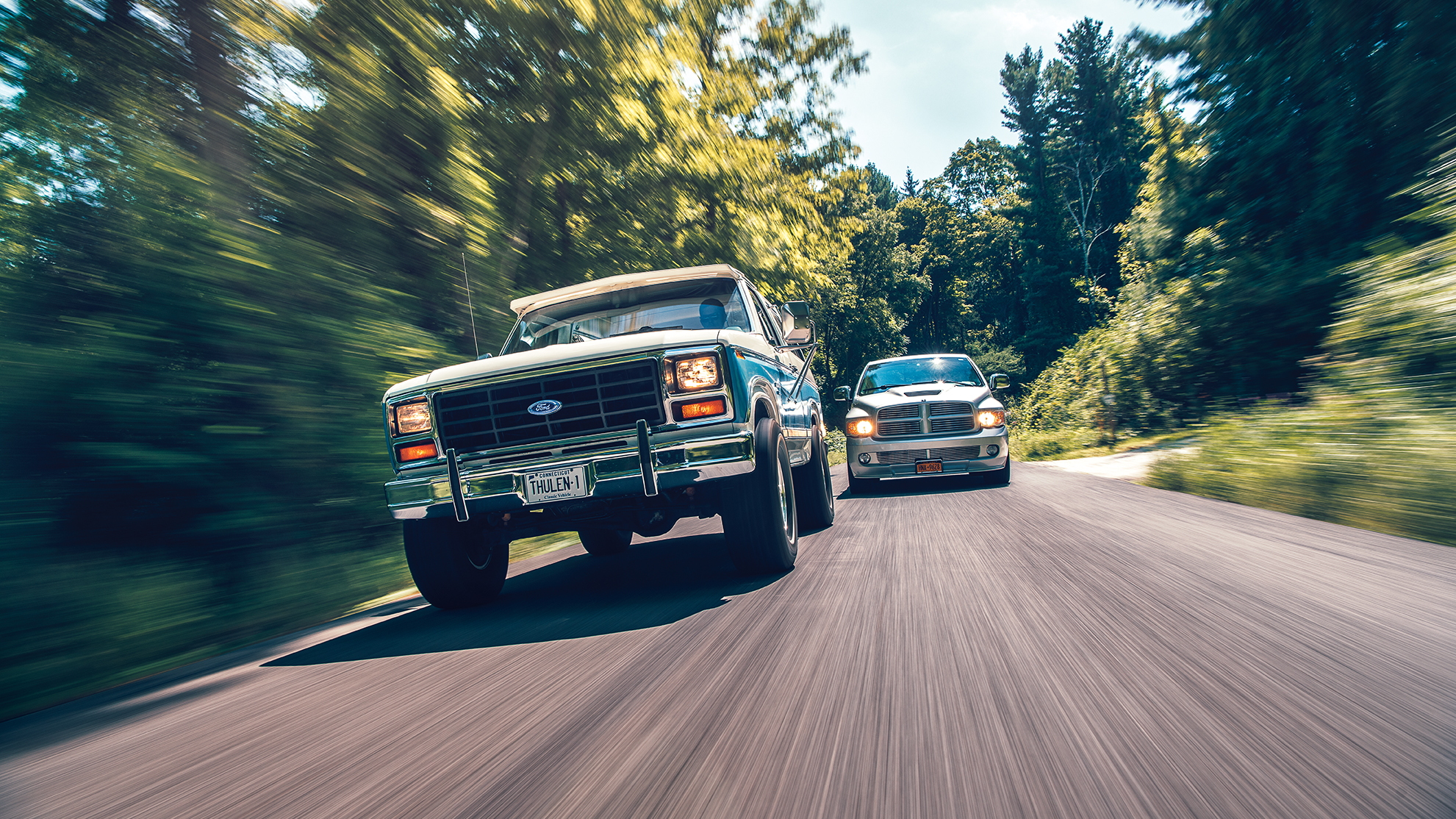 Another year, another round of bullish predictions for what cars will soon become tomorrow's hot-ticket collector vehicles. This is the second year Hagerty produced its "Bull Market List," and it's more varied than ever.

These aren't new cars the classic car insurer believes will become tomorrow's classics. Instead, they are older cars that have nearly bottomed out on the depreciation curve. In some cases, they've appreciated in value as younger car collectors flood the insurer with quote requests.

Sit back, take notes, and consider which of these future collectibles you'd like to add to your garage. The following are Hagerty's top 10 classic cars to buy in 2019.

BMW built only 1,265 of its big sedan over four years but it was a significant car. The 3.0CSL launched the M brand, introduced the kick-up at the quarter rear window known as the Hofmeister kink, and became BMW's first art car. The "L" stood for lightweight, and the car featured thinner metal and aluminum panels to cut 400 pounds form the standard 3.0CS. A tuned suspension with Bilstein shocks teamed with aerodynamic touches to improve performance. A 3.0-liter inline-6 made 180 horsepower initially, but that increased to 206 hp when the engine grew to 3.2 liters and added fuel injection. The 3.0CSL was never sold in the U.S., and the few cars that are here go for $218,500-$264,700 in No. 2 shape, which Hagerty defines as excellent and capable of winning regional or local shows. Hagerty has seen a 10-percent rise in value in the last year with room to grow.

The spiritual successor to the 914, the mid-engine Boxster arrived to help Porsche regain profitability. Thanks to work with former Toyota consultants, it shares many components with the 996-generation Porsche 911, especially from the windshield forward. The Boxster was released as a base model first with a 2.5-liter flat-6 that made 201 hp. The S model didn't arrive until 2000, and it featured a 250-hp 3.2-liter flat-6 as well as a sportier suspension with 17-inch wheels in place of the base's 16s. Build-quality issues helped tank prices over the past decade-plus, but Hagerty says low-mileage examples will soon begin to appreciate. The company says current prices for a 986-generation Boxster range from $13,800 to $17,200.

Hagerty calls the Fox-body Saleen Mustangs the early Shelby GT350s of the 1980s. Built by tuner Steve Saleen, who would later build the S7 supercar, they were essentially SCCA club racers for the street. Saleen Autosport started with stock 225-hp V-8 Mustangs and added stiffer springs and dampers, bigger brakes, some of the exterior panels for which it was known, and interior bits that included a Momo steering wheel and Flofit front buckets. The cars sold for about $25,000 at the time, which was considerably more than a Mustang LX or GT, and they came with a Ford warranty. Saleen Mustangs now go for about the same price as a good-condition Fox-body Mustang. Hagerty believes that will change quickly and quotes current values at $26,400 to $32,500.

The C4 generation Corvette came to an end with perhaps its most attractive model, the 1996 Corvette Grand Sport. Chevrolet built 1,000 of its retro racing-inspired model, and all boasted a bump in output to 330 hp and 340 pound-feet of torque, Admiral Blue paint with a white stripe and twin red hash marks, and an interior placard that noted the power figures as well as the 10.8:1 compression ratio. The LT4 5.7-liter V-8 motivated the 'Vette from 0-60 mph in 5.2 seconds and pushed it to a top speed of 168 mph. Hagerty says the current values are between $36,100 and $49,500, and because only 1,000 were built many have been treated as collector cars since new.

A generation of video gamers learned about the WRX STI in their living rooms, and today they account for a wave that could push the value of the car skyward. The WRX STI made its debut for the 2004 model year with a 2.5-liter turbocharged flat-4 that made 300 hp and 300 lb-ft of torque. After 15 years, those figures are almost unchanged, which makes that first model weirdly special, according to Hagerty. In addition to power, the STI received a sport-tuned suspension, a big rear wing, and big wheels, all inspired by Subaru's efforts in rally racing. Wind up the revs to let the 14.5 psi of turbo boost build, dump the clutch, and the STI can hit 60 mph in 4.9 seconds. Today, Hagerty says prices for those first STIs in good condition (which is hard to find) range from $25,700 to $33,700.

Toyota delighted sports car fans when it released the cheeky little MR2 for the 1985 model year. According to Hagerty, MR2 equates to “midship-engine runabout two-seater.” The car was all about balance and lightness. It featured a mid-engine design and weighed in at just 2,400 pounds. The engine was a 1.6-liter twin-cam, 16-valve inline-4 that made a modest 112 hp but revved to 7,500 rpm and was mated to a 5-speed manual transmission. A supercharged version increased hp to 145 in 1988 and lowered the 0-60 mph time from 8.0 to 6.5 seconds, but also raised the price from about $12,000 to around $20,000. Today, Hagerty says prices range from $10,800 to $14,100 and that represents a 25 percent increase in the past year. Oddly, 45 percent of Hagerty's insurance quotes are for Millennials, who would have been toddlers when the MR2 was released.

Before there was the Hellcat or the Ford F-150 Raptor, Dodge shoved the Viper's engine under the hood of the Ram 1500 pickup to create the Ram SRT10. The 8.3-liter V-10 called up 500 hp and 525 lb-ft of torque and rocketed the regular cab, short-bed pickup from 0-60 mph in 4.9 seconds—or it simply roasted the tires to the delight of rowdy drivers. A 6-speed manual with a Hurst shifter was the only transmission initially, but a 4-speed automatic arrived for 2005, as did a Quad Cab body style. The SRT10 also had a performance suspension, 22-inch wheels, a limited-slip differential, and plenty of luxuries. Hagerty says auction prices are up 15 percent in the past year, with current values between $26,700 and $35,000.

While much older Bronco models already fetch exorbitant prices, Hagerty says the lesser-loved 1980s full-size models are rising in value. The third-generation Bronco made its debut for the 1980 model year after a short two-year run for the second-gen models. The front end was characterized by an eggcrate grille and inset headlights. Under the hood, it offered a variety of inline-6 and V-8 engines, with the range topper being a 210-hp, 351-cubic-inch V-8 that hit the market in 1984. The Bronco got an independent twin-traction-beam front suspension as well, which helped make it feel less like a tractor. Hagerty quotes current values between $13,400 and $18,100 and says the return of a new Bronco should help collector values.

An Americanized version of the Australian Holden Commodore, the Pontiac G8 couldn't have arrived at a worse time. The car market was about to go into a free fall and Pontiac itself would soon be relegated to the scrapheap of history. For the final of its two model years, though, Pontiac added the G8 GXP, which featured a 415-hp, 6.2-liter V-8. Hagerty calls it the closest thing we'll ever see to a four-door Corvette. It was offered with a 6-speed manual or 6-speed automatic, and the 4,000-pound beast could slay the 0-60 mph run in 4.7 seconds. The G8 GXP sold for $39,900 new and Hagerty says current prices range from $40,700 to $47,800. The insurer also notes that prices are up 10 percent in the last year and the car will never get any cheaper.

The Roadmaster name returned to Buick for the first time in 33 years in 1991, but it's the 1994-96 models that hold some value. The reason? They were outfitted with a 260-hp version of the 5.7-liter V-8 from the Chevrolet Corvette. Underneath, the Roadmaster was a body-on-frame ,B-body cop car with the DynaRide air suspension. That suspension combined with the era of 75-series tires made the ride buttery smooth and the handling sharp. It could tow 7,000 pounds, too. Inside, the Roadmaster had leather seats that lacked sculpting but invited naps. Hagerty quotes current values in the $13,300-$18,300 range, and says prices have bottomed out while the number of quotes it gives has risen.

—Sean Szymkowski contributed to this report