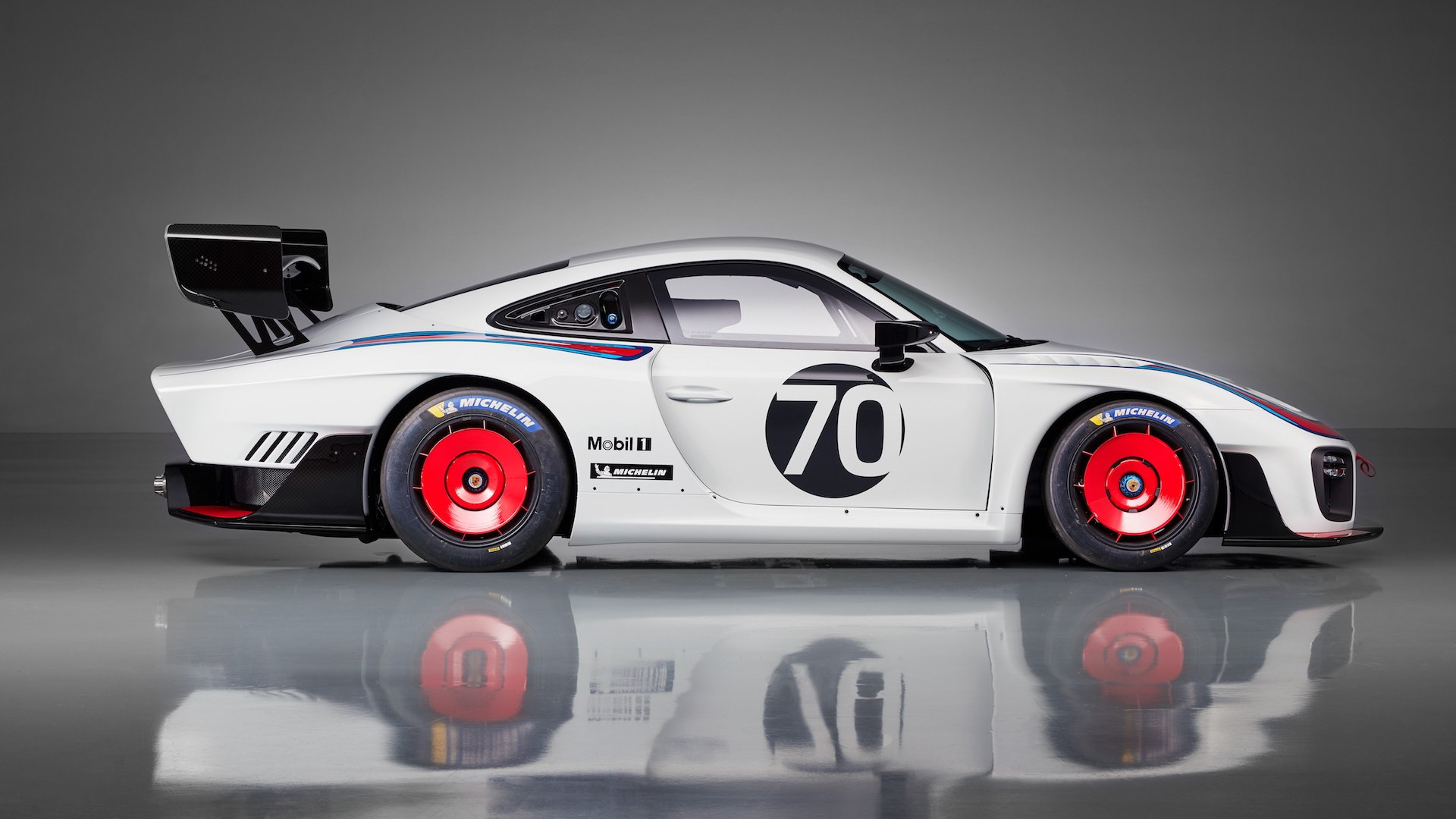 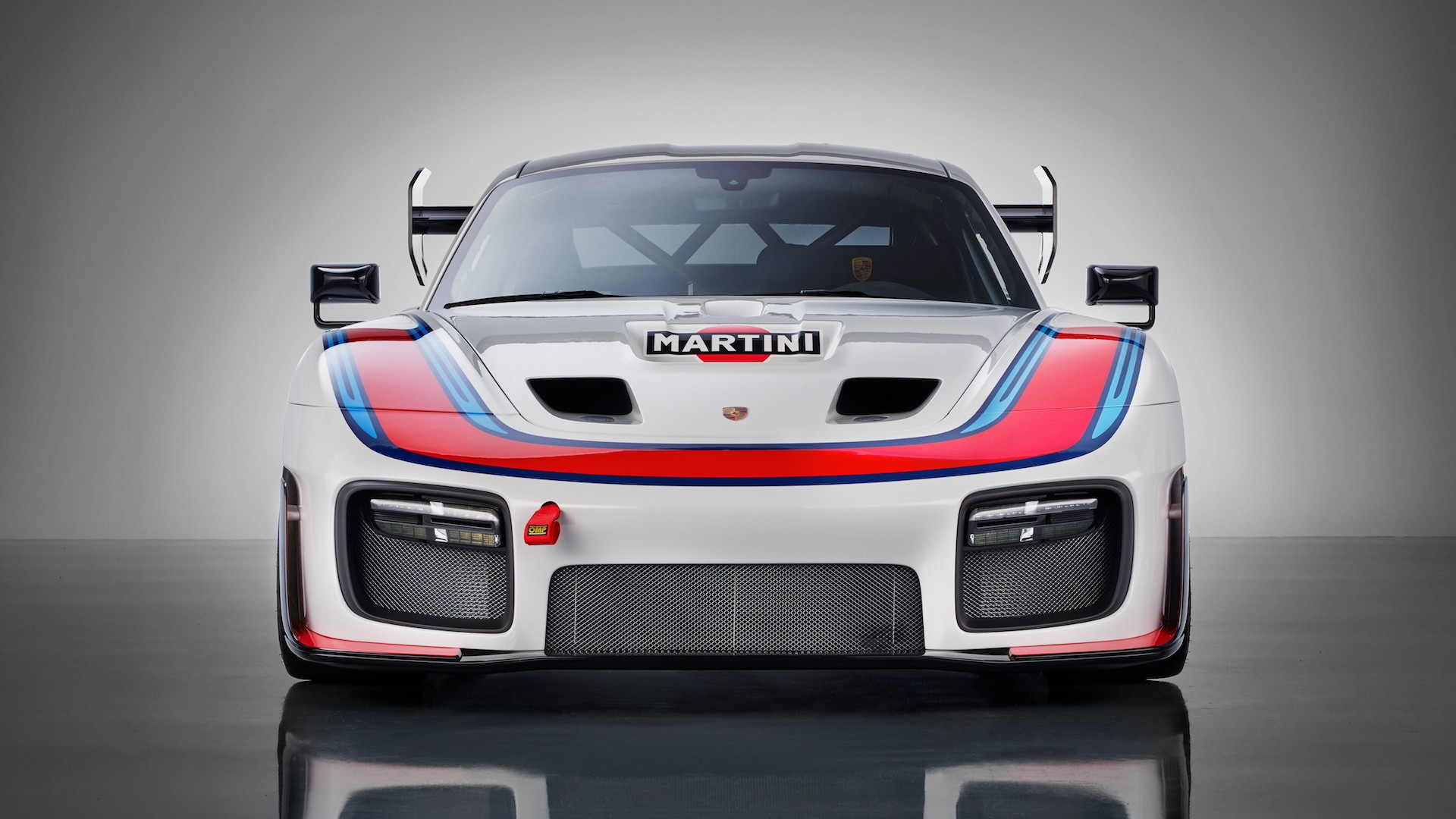 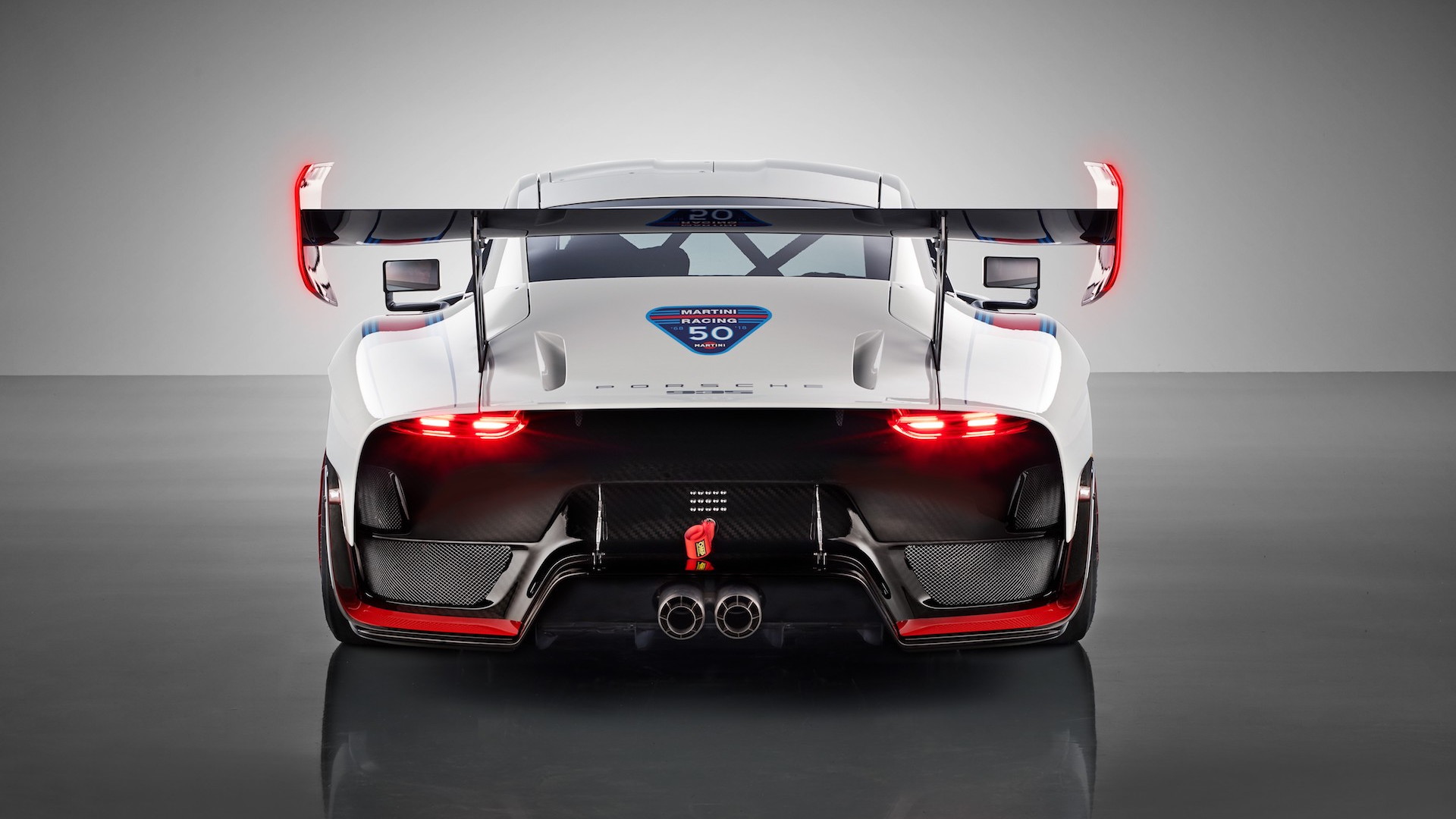 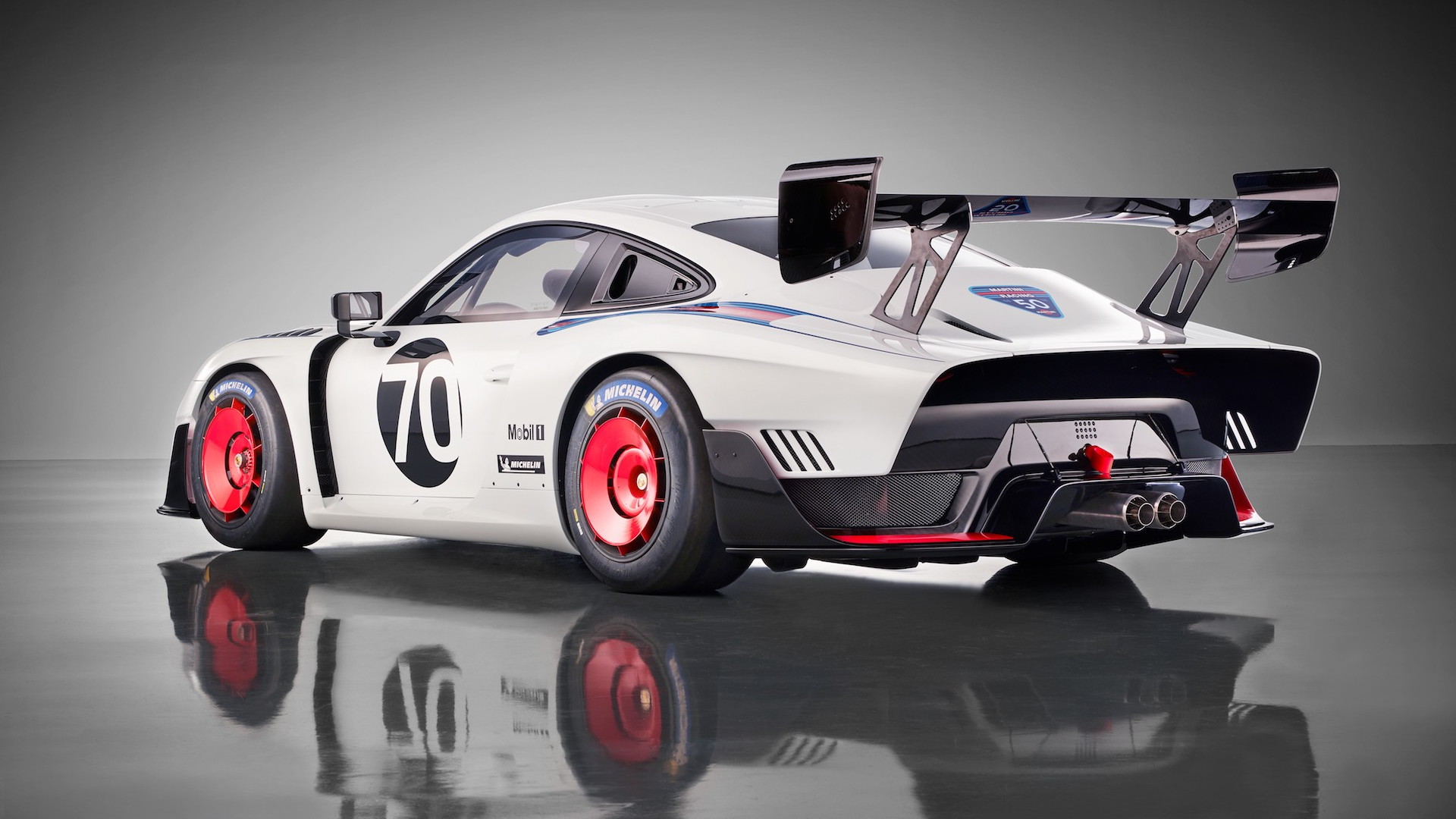 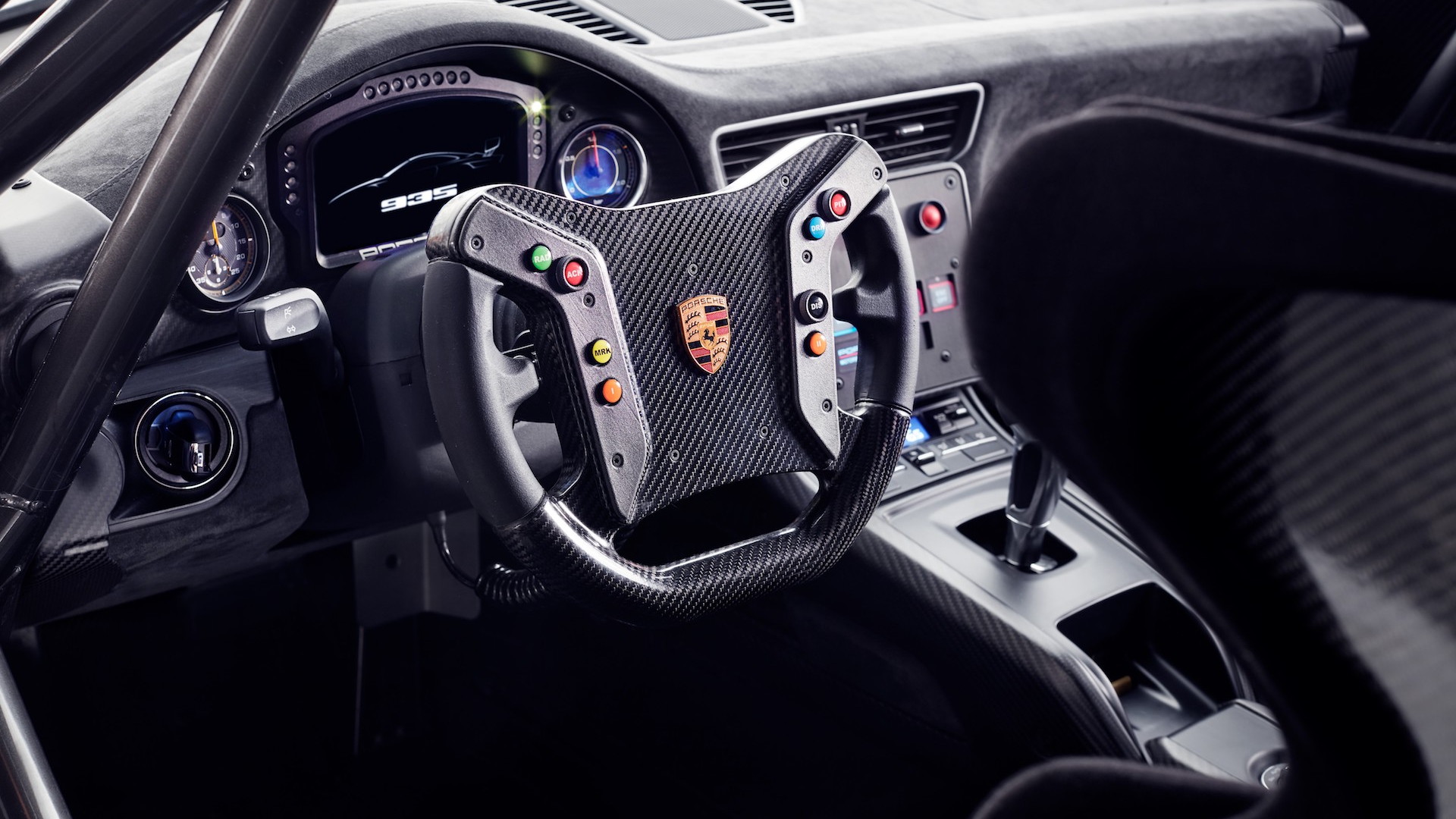 Porsche has unveiled numerous special cars and projects to mark its 70th anniversary. But the new 935 track car just might be the best of them all.

In a new video, Porsche discusses how it developed the new 935 racer, and it obviously began with inspiration from the original car. Grant Larson, exterior design lead for the project, said work began in July 2017 with a few days of drawing what the car could look like. Quickly, the team knew a few things: it had to have a long tail and the front grille had to take over the front fascia entirely.

This led to a modern shape, but one that absolutely recalls the original 935 of 1978. A particular example of the original earned the nickname "Moby Dick" for its elongated rear end and white exterior color. 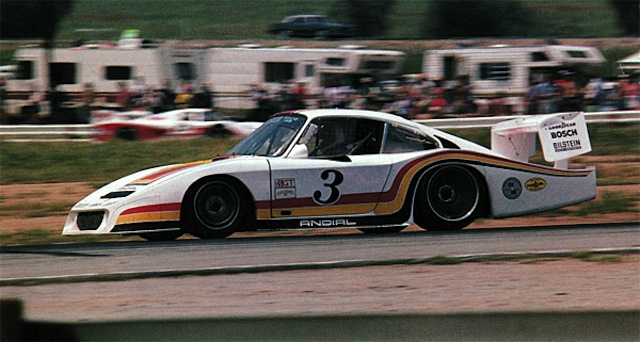 From this point, engineers tuned the car to surpass what the 911 GT2 RS is capable of. The flagship 911, complete with its 700-horsepower flat-6, underpins the 935. The team ever so slightly tweaked the car to make it more track-ready.

What made the process so special was the fact the car wasn't just born in the wind tunnel, but spent a lot of time in the studio, too. The final result is a fine-crafted car that's not only capable but one that should give any Porsche fan goosebumps when he or she sees it. Design and development ran parallel to ensure one cohesive track car.

Although it's inspired by a race car, the new 935 isn't homologated from the 911 GT2 RS. It won't race in any specific sanctioned class, either. Instead, it will be for 77 lucky individuals to enjoy. Each buyer will have to come up with $817,172, but it's hard to put a price on how nostalgia makes us feel. Skip to the 2:58 mark to learn about the 935's development process.