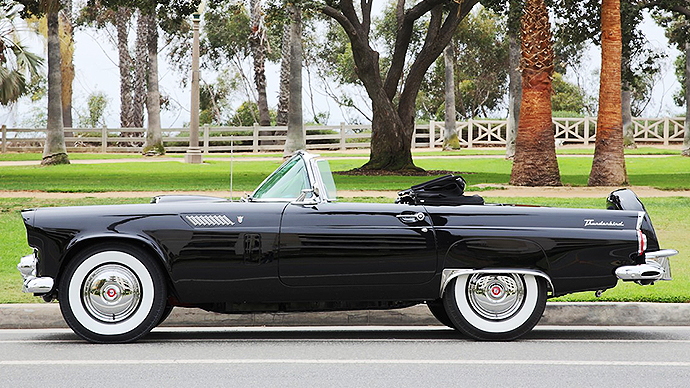 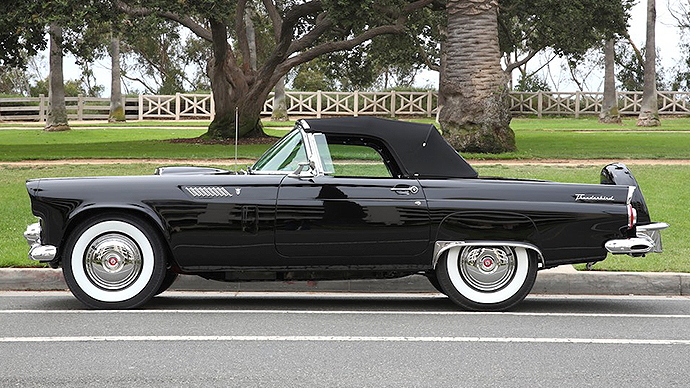 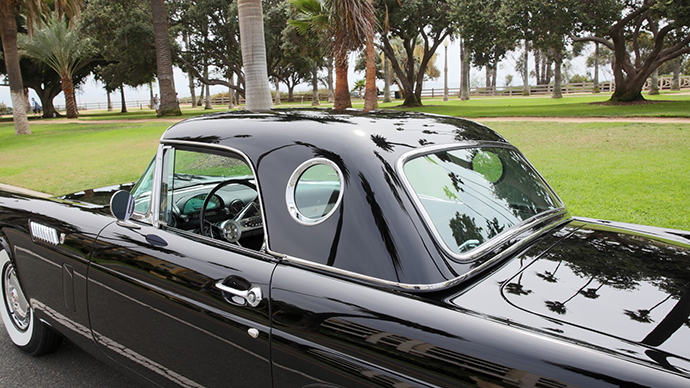 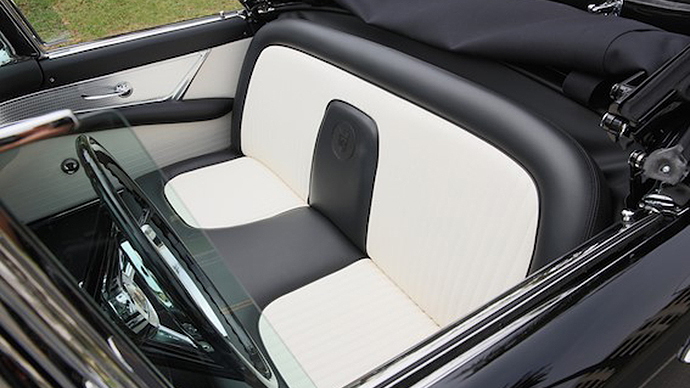 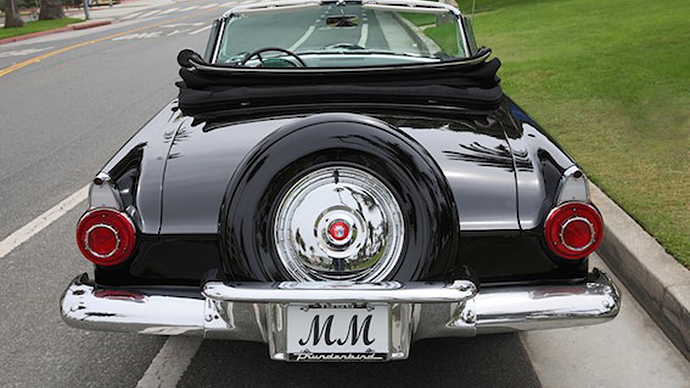 A 1956 Ford Thunderbird convertible once owned by Marilyn Monroe will roll across the auction block for the first time in November.

The Raven Black T’bird was owned by the iconic American actress between 1955 and 1962, Julien’s Auctions said in a news release. The car has an estimated value between $250,000 and $500,000, but with such massive celebrity provenance, it could go much higher.

“Once in a while, something comes along that has a powerful magic about it, a charisma, because of everything and everyone associated with it,” Julien’s Auctions president and chief executive Darren Julien said in the release. “This wonderful black Ford Thunderbird is not only part of automotive history but comes with an aura of glamour, romance and tragedy of a true Hollywood legend.”

With cars, motorcycles, watches, clothing and anything else once owned by such Hollywood stars as Steve McQueen and Paul Newman reaching shocking values, plus record prices in the past for other Marilyn Monroe relics, the Thunderbird has the potential of being bid into the stratosphere.

Julien’s Auctions specializes in entertainment memorabilia rather than collector cars, but the California company has auctioned celebrity automobiles in the past, such as those recently sold from the collection of rock star Neil Young.

Monroe’s production company bought the convertible from Westport Motors in Connecticut during the December before she married playwright Arthur Miller. Julien’s Auctions said a report published at the time shows that Monroe and Miller might have driven the car both to their civil marriage and private wedding ceremony in late June 1956.

The auction house also said most accounts point to the car being a gift for the actress from business partner and photographer Milton Greene.

“[Monroe] liked to drive,” Greene’s wife, Amy, said in the news release. “We’d take the convertible and with the top down, we’d go sailing along the highway. We both liked to feel the wind in our faces and the warmth of the heater on our legs.”

The car was owned by Monroe for six years before being given to John Strasberg — the son of director and acting coach Lee Strasberg — as an 18th birthday present shortly before Monroe’s death in August 1962.

The current owner traced the history of the car with the help of the younger Strasberg, whose father inherited a majority of Monroe’s estate, including some of the documents related to the car. The Thunderbird will be sold with those documents, including a declaration of ownership, an

“I found the vehicle in lovely show condition,” the current owner said. “Nevertheless, the car has received a frame-off restoration to its exact original appearance by Prestige Thunderbird, Inc., of Santa Fe Springs, CA.”

The T’bird has a 225-horsepower, 312cid V8 engine with a Holley four-barrel carburetor and Ford-O-Matic automatic transmission. The engine was rebuilt and the odometer reads 30,399 miles, the auction says. The car is optioned with full power steering, brakes, windows and seats. The car will be sold with its black canvas convertible top and a “porthole” hardtop.

Monroe’s car will be offered November 17 at the auction, which will be held in Los Angeles. For more information, go to the Julien’s Auctions website.