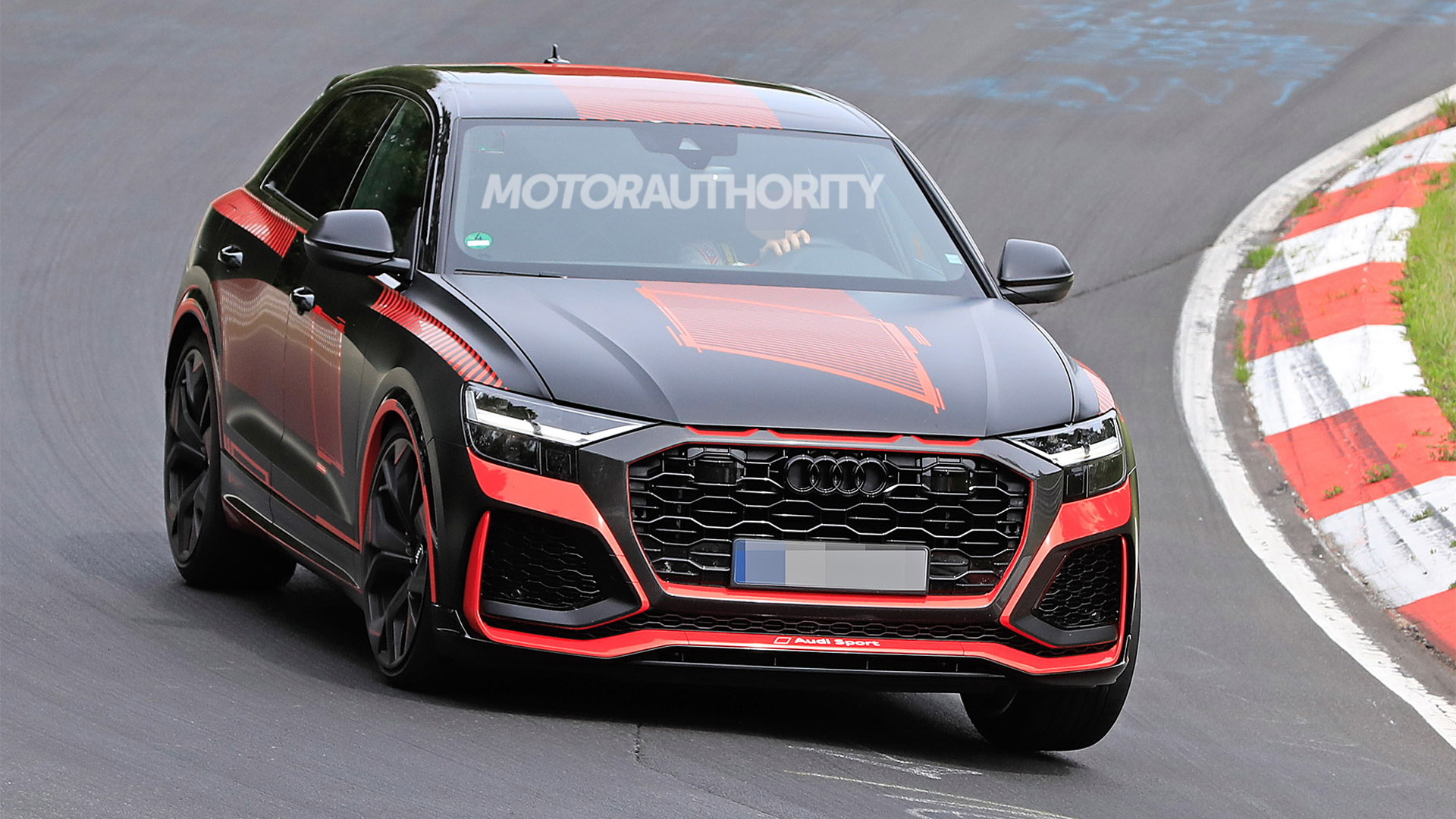 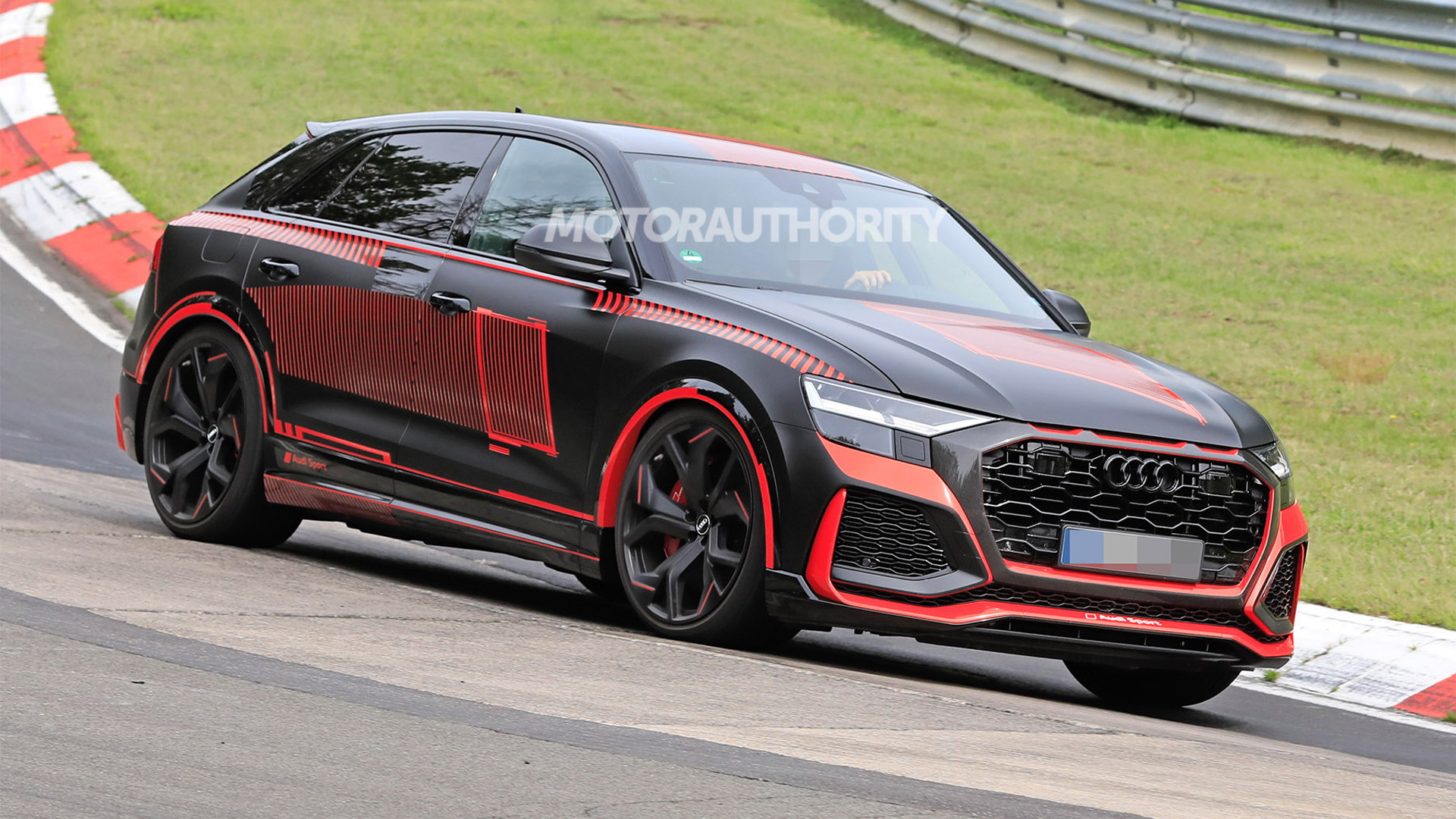 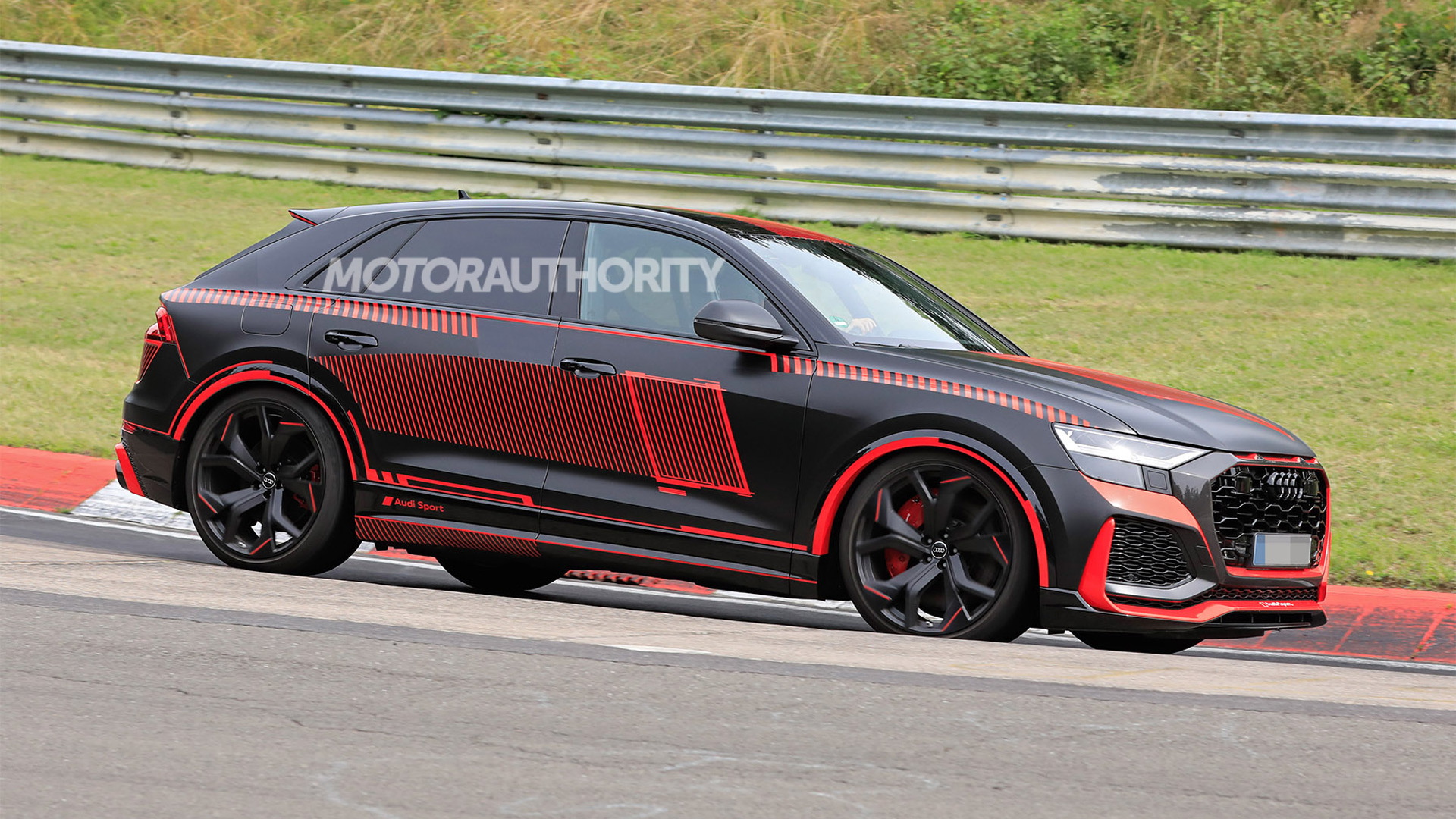 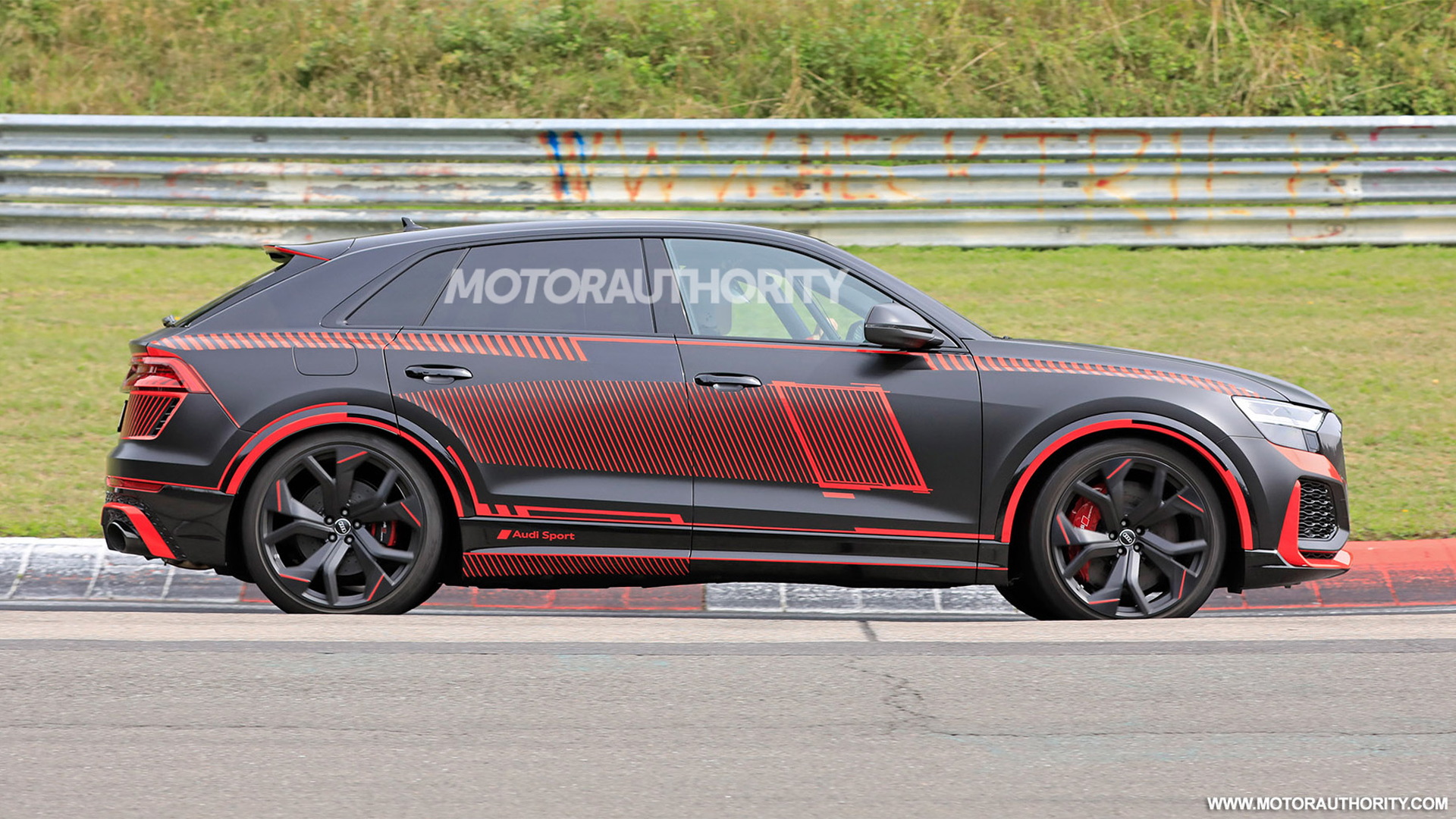 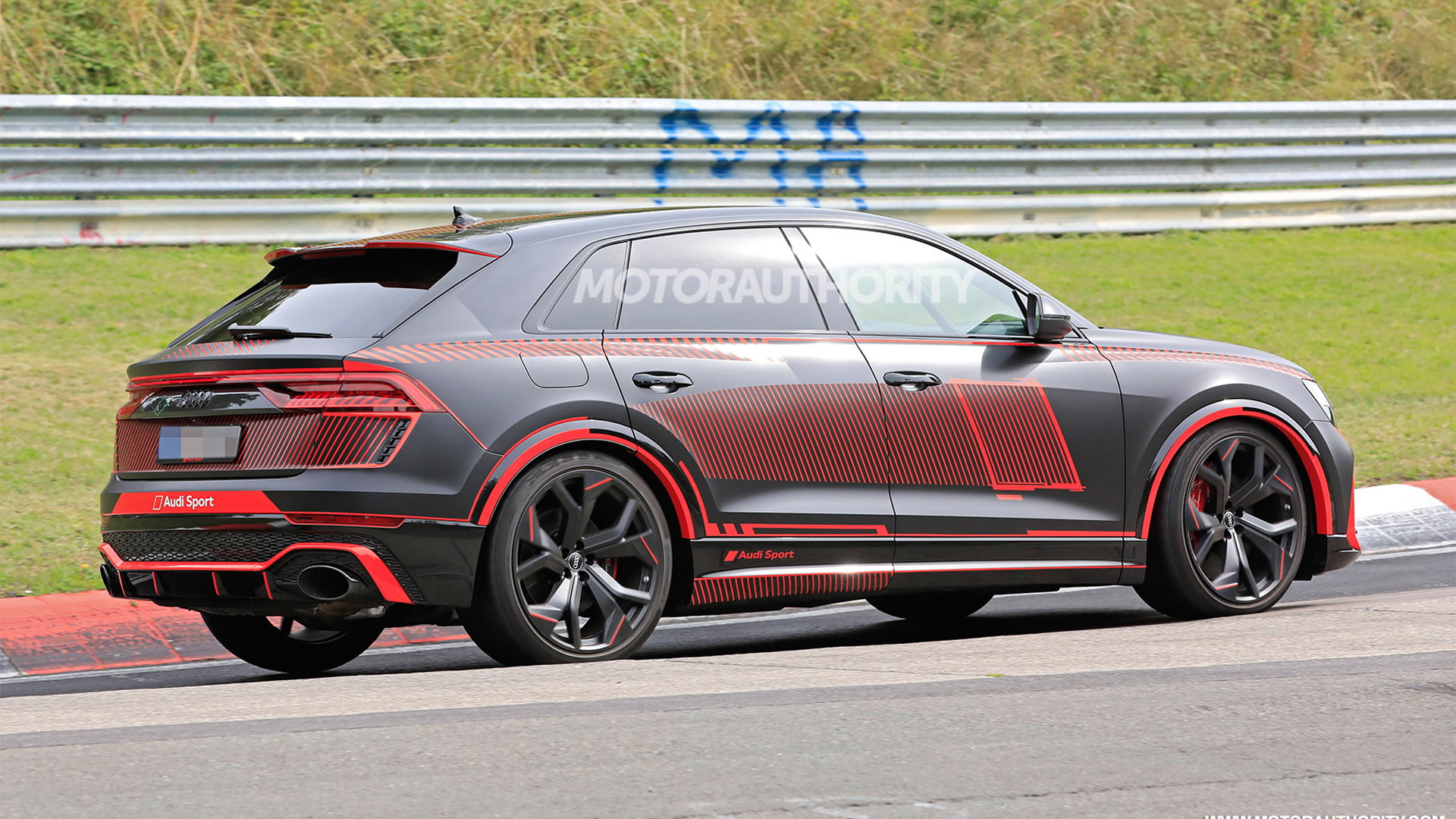 Hot on the heels of the recent launch of the new Audi Q8 comes another sighting of a prototype for a high-performance RS Q8 from the Audi Sport division.

Audi has already revealed the SQ8 TDI but we know the latest tester is for an RS Q8 because of the enlarged intakes in the front fascia, massive cross-drilled brake rotors, and the two large oval-shaped exhaust tips. The latter is a signature Audi Sport design trait.

There have been lots of hints that an RS Q8 is coming. It was discovered last summer that Audi had filed trademark protection for the RS Q8 name, and the automaker also used the 2017 Geneva International Motor Show to roll out the Q8 Sport concept, which hinted at the aggressive styling of the RS Q8.

Audi Sport is looking to almost double within the next two years the number of cars it offers, and it's SUVs that will take priority. Right now the only Audi Sport SUV is the RS Q3, but this RS Q8 plus an RS Q3 Sportback is also in the works.

Unfortunately there aren't any specs out, though the current thinking is that under the hood will sit a 4.0-liter twin-turbocharged V-8 with around 600 horsepower, the same one found in the Porsche Panamera and Cayenne Turbo models. Such an output would make any RS Q8 significantly more powerful than its aforementioned rivals whose outputs lie closer to the 550-hp mark. 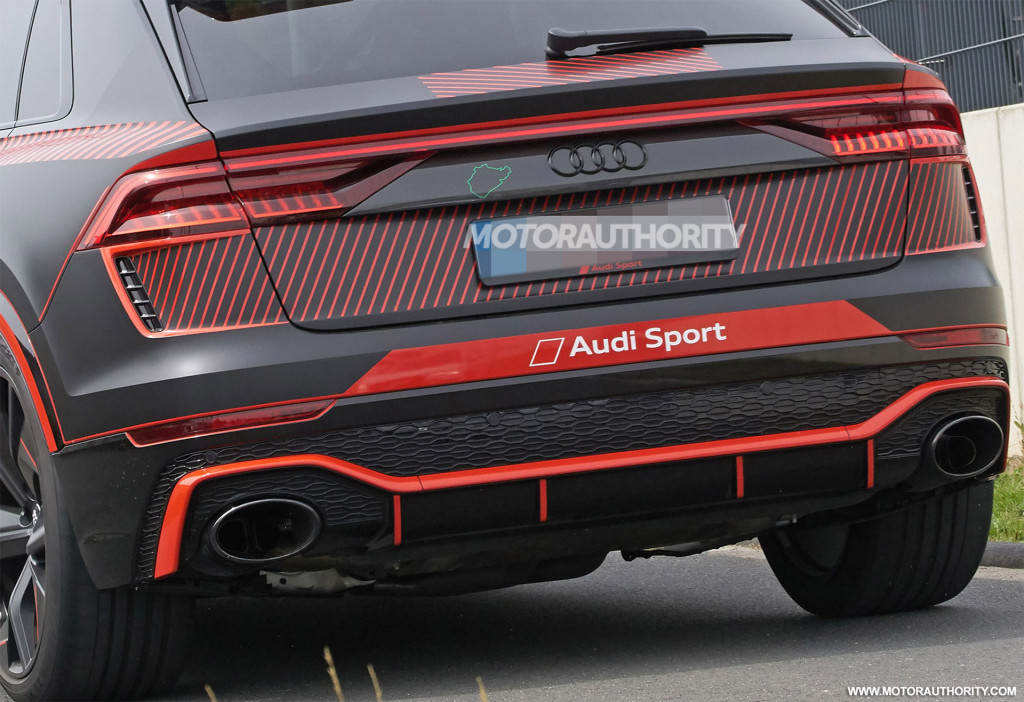 Another possibility is pairing a V-8 with an electric motor. Such a combo already features in the related Porsche Cayenne Turbo S E-Hybrid and is good for 670 hp, so we could see it picked up by Audi for the RS Q8.

Look for a debut of the RS Q8 shortly. It is one of six new or updated RS models debuting this year.