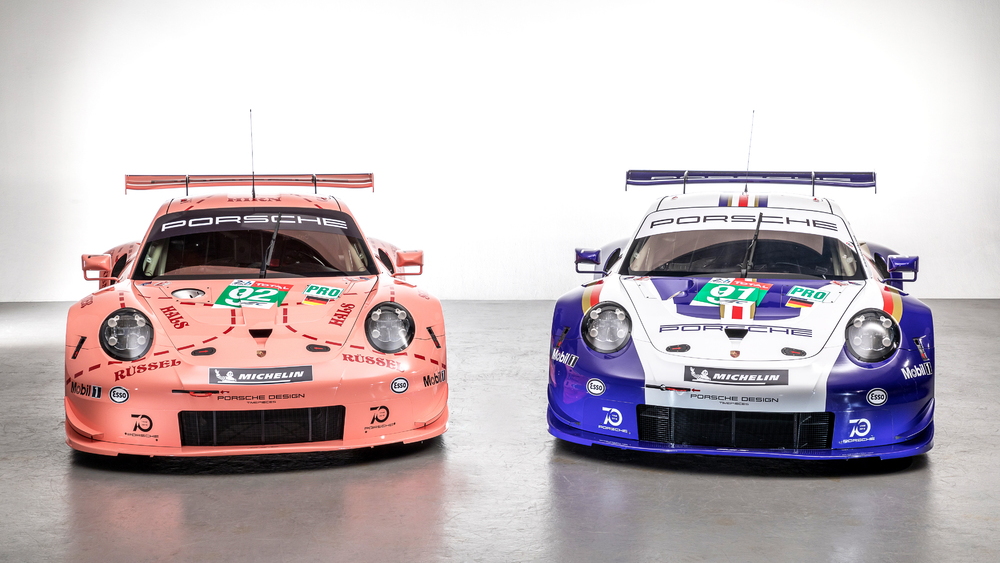 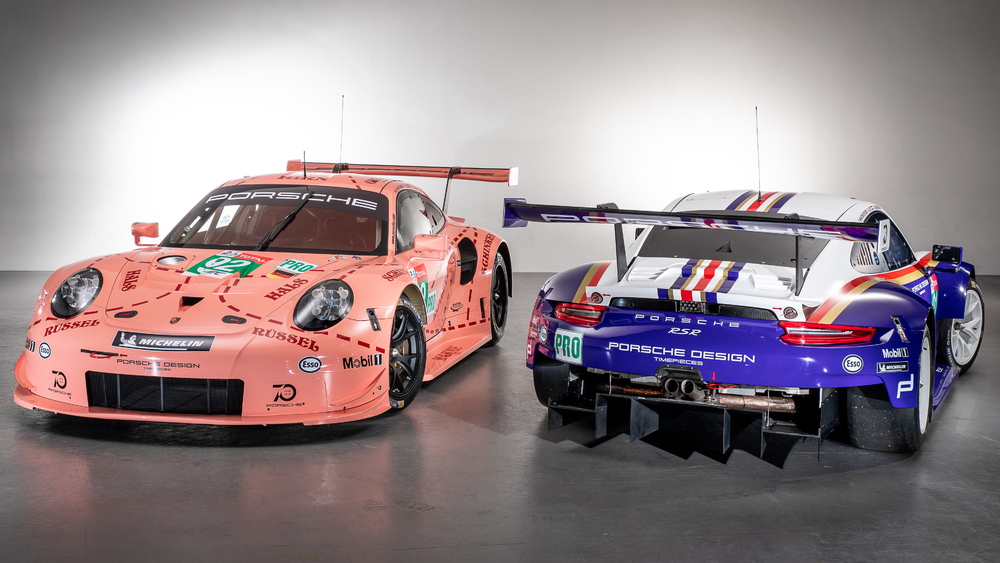 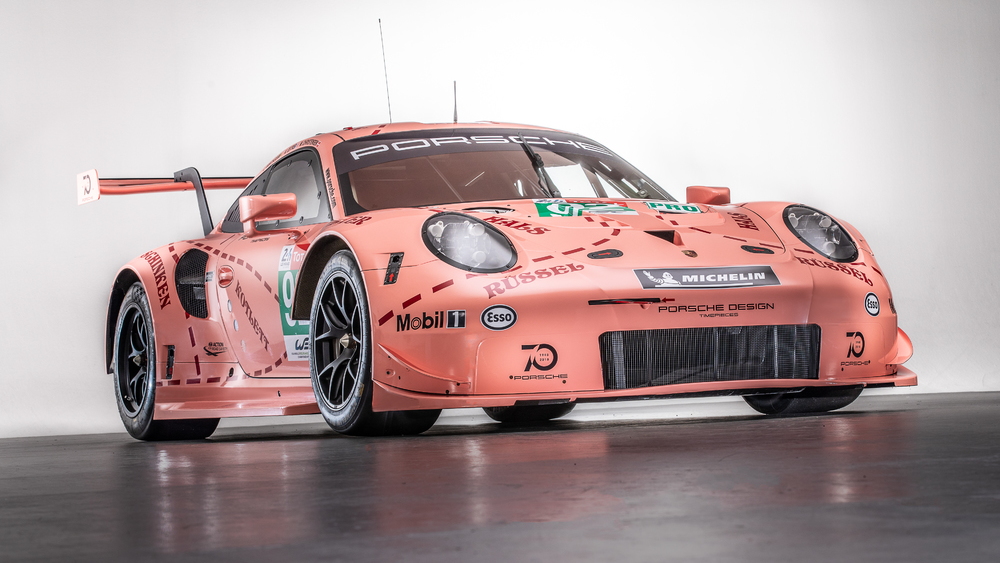 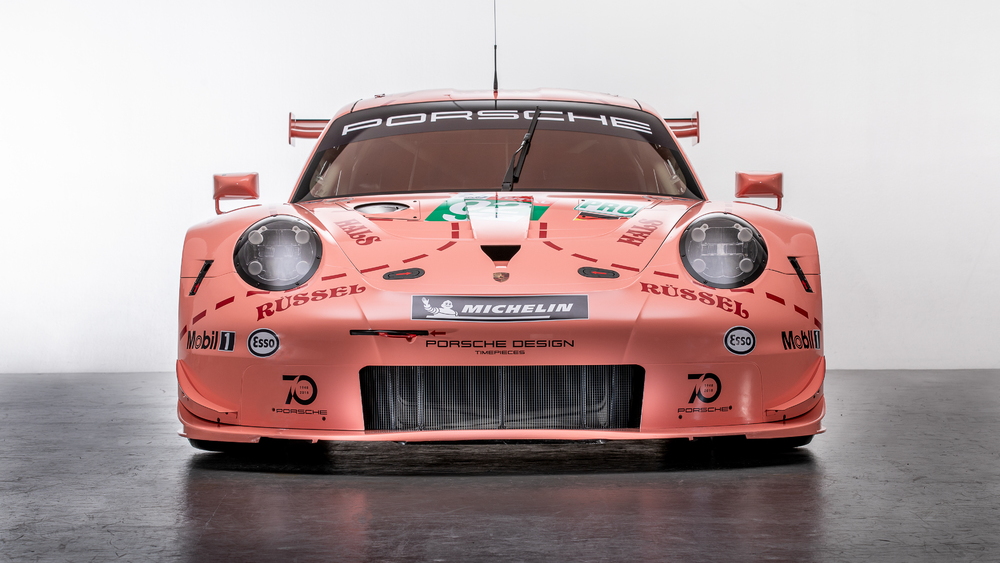 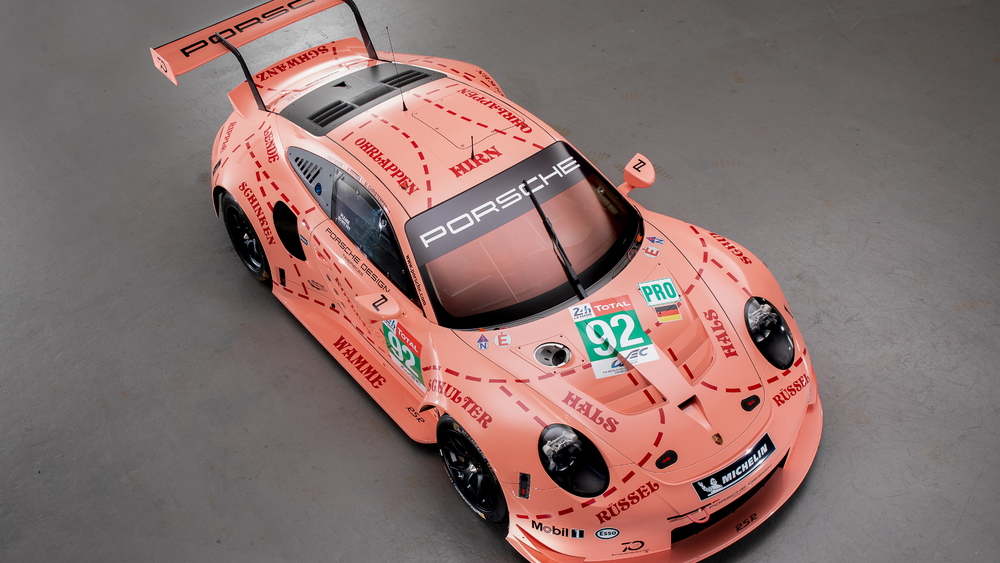 Porsche is melding old and new school at the upcoming 2018 24 Hours of Le Mans.

The German automaker is diving headfirst into its heritage pool and its pulled out two great color schemes. The famed Pink Pig and Rothmans' liveries will be on full display, and they'll be wrapped around the bodies of a pair of Porsche 911 RSR race cars. This is Porsche's future shaking hands with a bit of its glorious past.

First we need a bit of a history lesson. The Pink Pig is a moniker initially applied to a monster race car from 1971. A one-off Porsche 917/20, the Pink Pig featured wide bodywork and a short snout. Thus Porsche designer Anatole Lapine coined its name and applied a pink paint scheme. This pink paint was joined by a butcher's outline of sorts that highlighted the various cuts on a pig.

With the Rothmans car, Porsche isn't the only automaker to don the blue, white, and red colors. Rothmans was a European tobacco brand that clearly loved playing in the motorsport space. The iconic colorway was found in rally racing, Formula 1, and endurance racing. Porsche wore the Rothmans colors on its rally cars but also on its 956 Group C prototype race cars.

Now it's 2018 and Porsche has a fresh batch of race cars with which it plans to take on the world. The new 911 RSR was unveiled back in 2016 and it showed that Porsche were willing to evolve their classic design into something more befitting of the race track. Specifically, we're talking about moving the engine from the tail into a position closer to the middle of the car. This is a lightweight, heavily focused, all-out race car competing in endurance racing events the world over.

Under the 911 road-car like skin sits a 4.0-liter flat six-cylinder capable of producing around 510 horsepower. You operate the car through a paddle-shifted six-speed sequential transmission and send power to the rear wheels. It's light. It's fast. It's designed to win.

The pair heading to Le Mans look fabulous to boot. Porsche is a company that always pays great respect to its past, while focusing on its motorsport future. This year's Le Mans runs the weekend starting June 16.