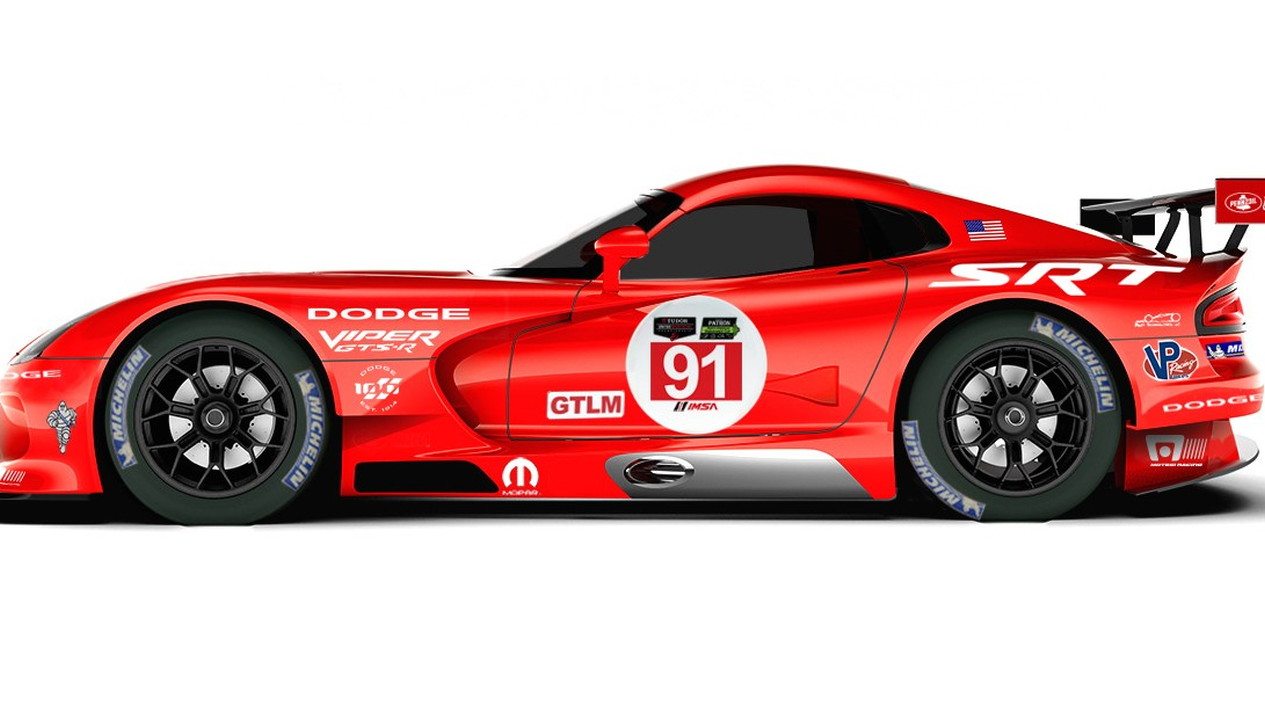 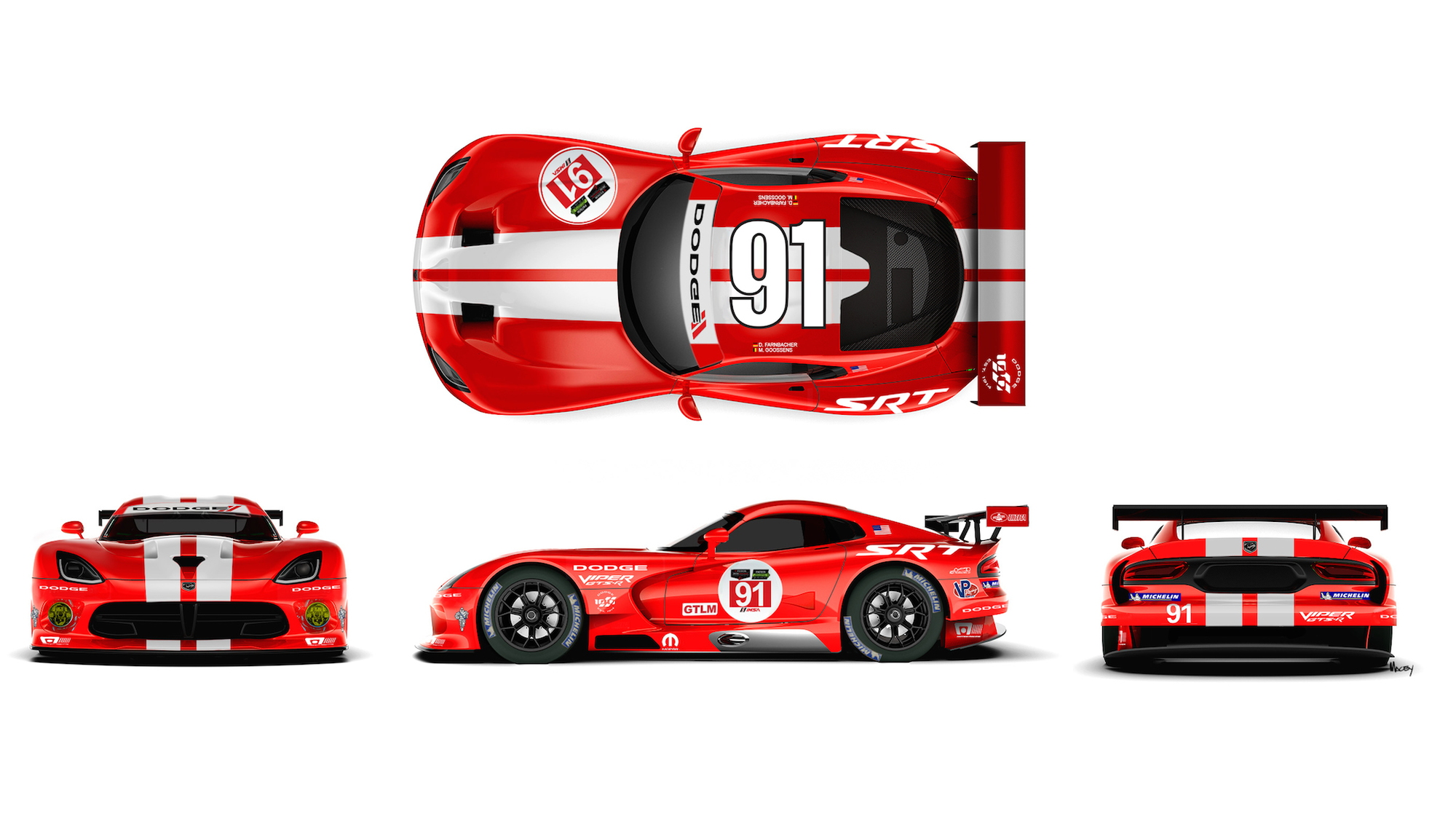 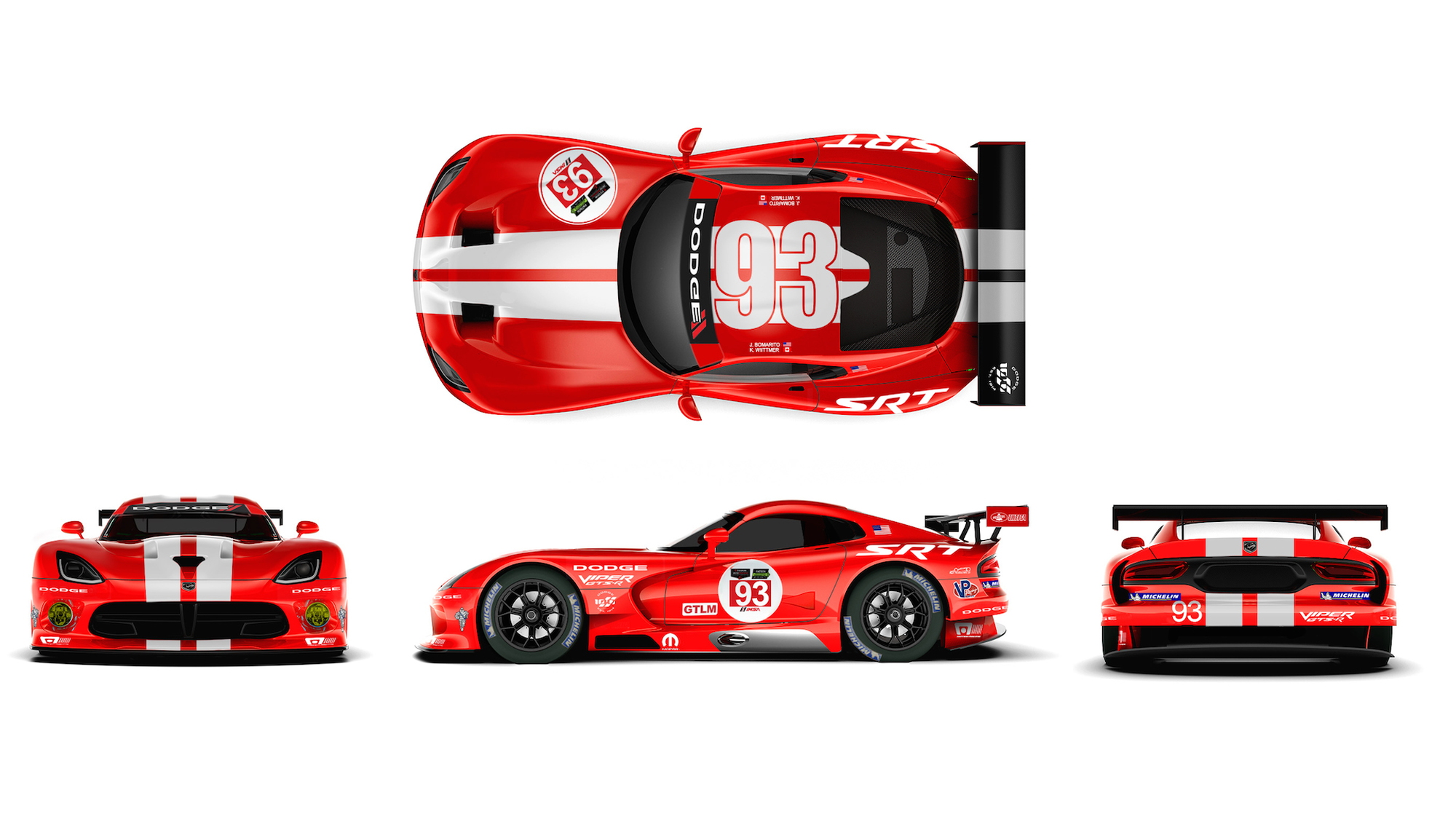 3
photos
The SRT Viper is no more, returning instead to its Dodge Viper SRT appellation. To match this move, the racing Vipers will shed their rather plain blue-on-silver livery of recent years and don the white stripes over red livery of the last Le Mans-winning Vipers.

It’s a brilliant move that makes for a much better-looking race car. The SRT Motorsports Dodge Viper SRT GTS-Rs that will wear the new/old colors will see their first laps in anger at the Sahlen’s Six Hours of the Glen race June 27-29, at Watkins Glen International.

Two cars will wear the new livery, numbered 91 and 93. The colors, officially known as “Viper Red” and “Race White,” will set the new Vipers apart from the rest of the IMSA TUDOR United SportsCar Championship GT field, as well as honoring the brand’s racing history.

“We are honoring the racing history of the Dodge Viper by returning to its classic colors as we are in the midst of celebrating the Dodge brand’s 100th anniversary and 100 years of American performance,” said Ralph Gilles, President and CEO of SRT Motorsports and Senior Vice President of Product Design for Chrysler Group LLC. “The new livery not only brings back this classic look but also enables us to continue to connect our Viper racing program to its spirited racing heritage.”

A special 100th anniversary logo will also adorn both Vipers for the race.