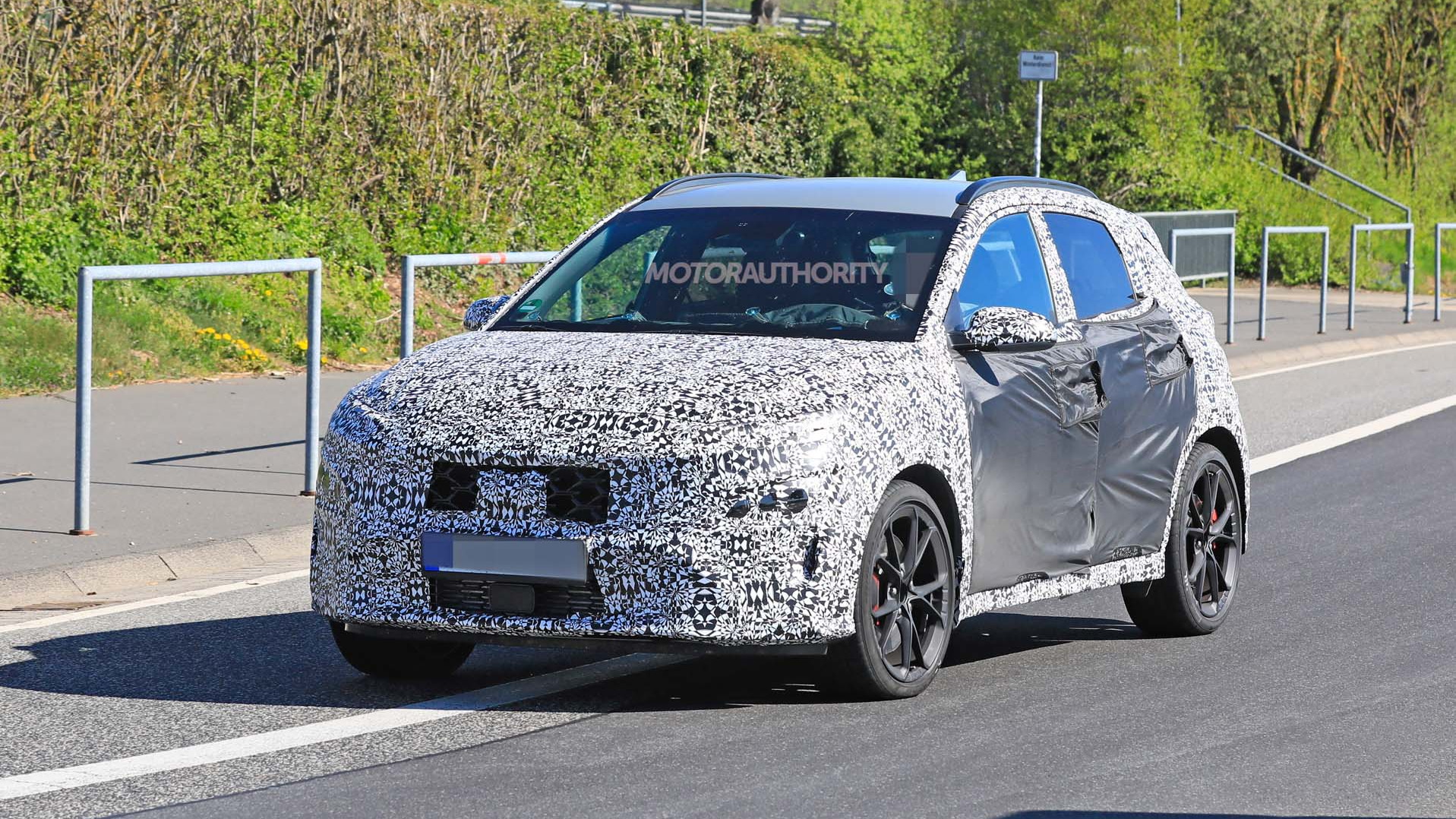 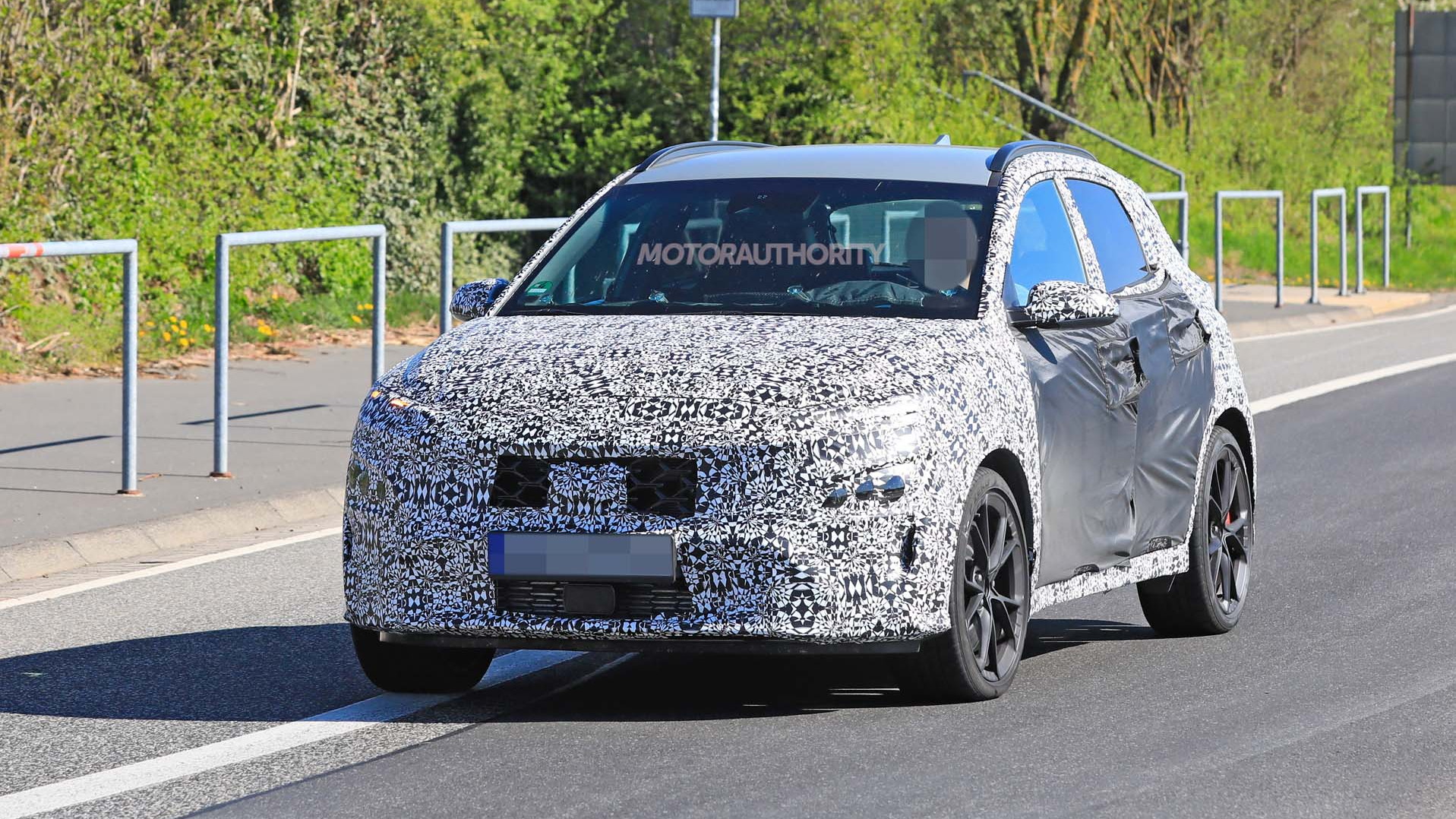 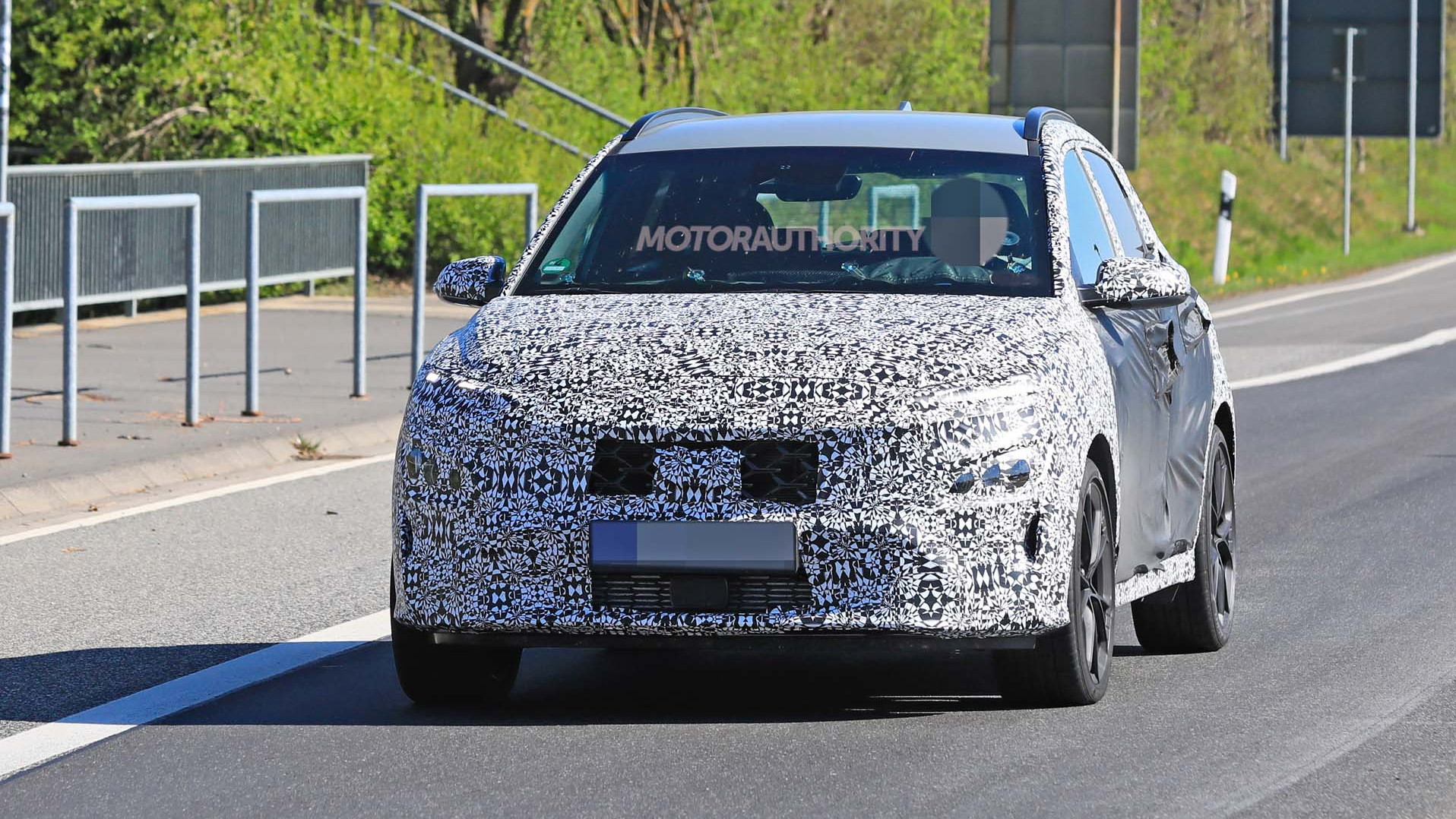 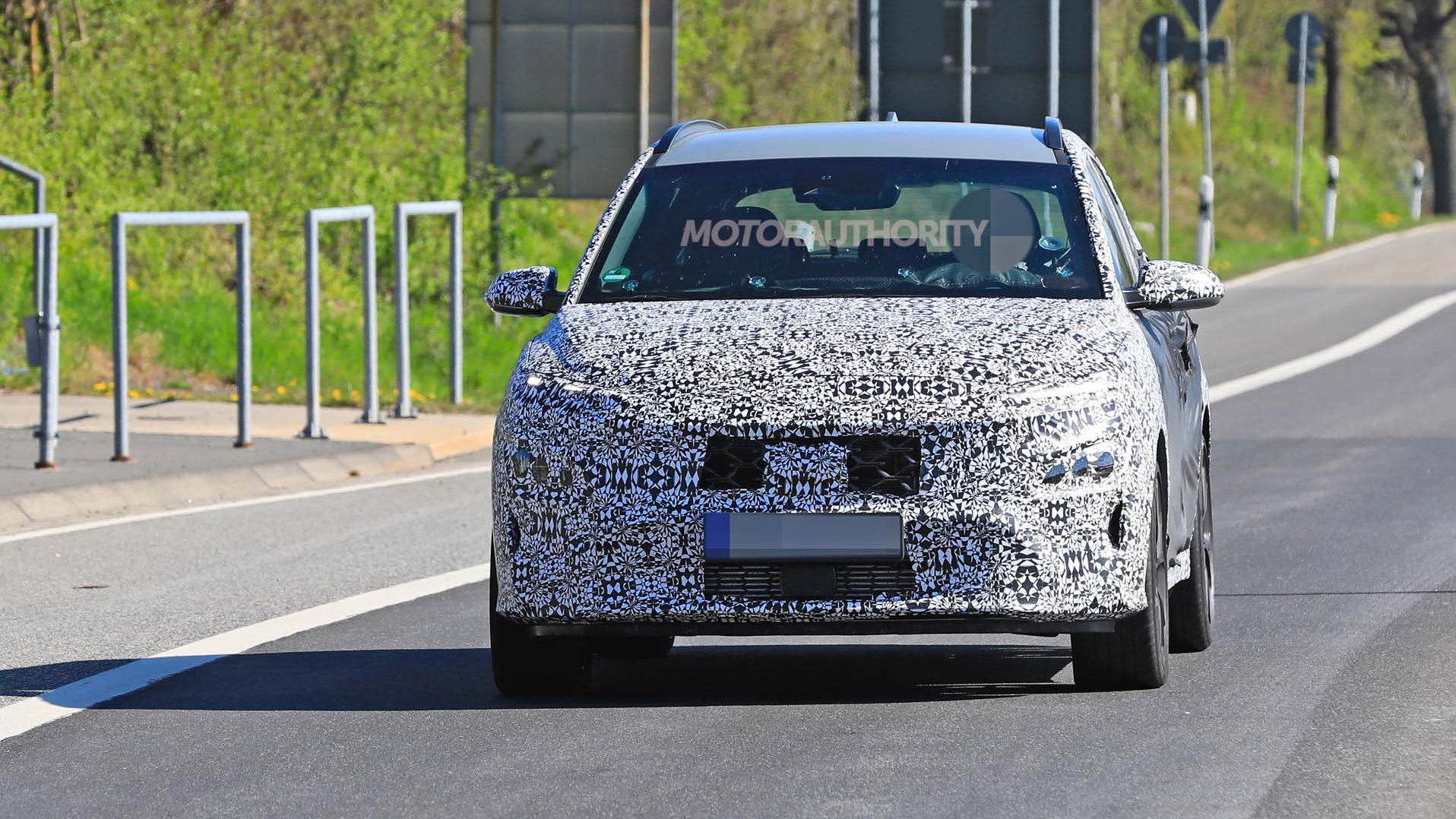 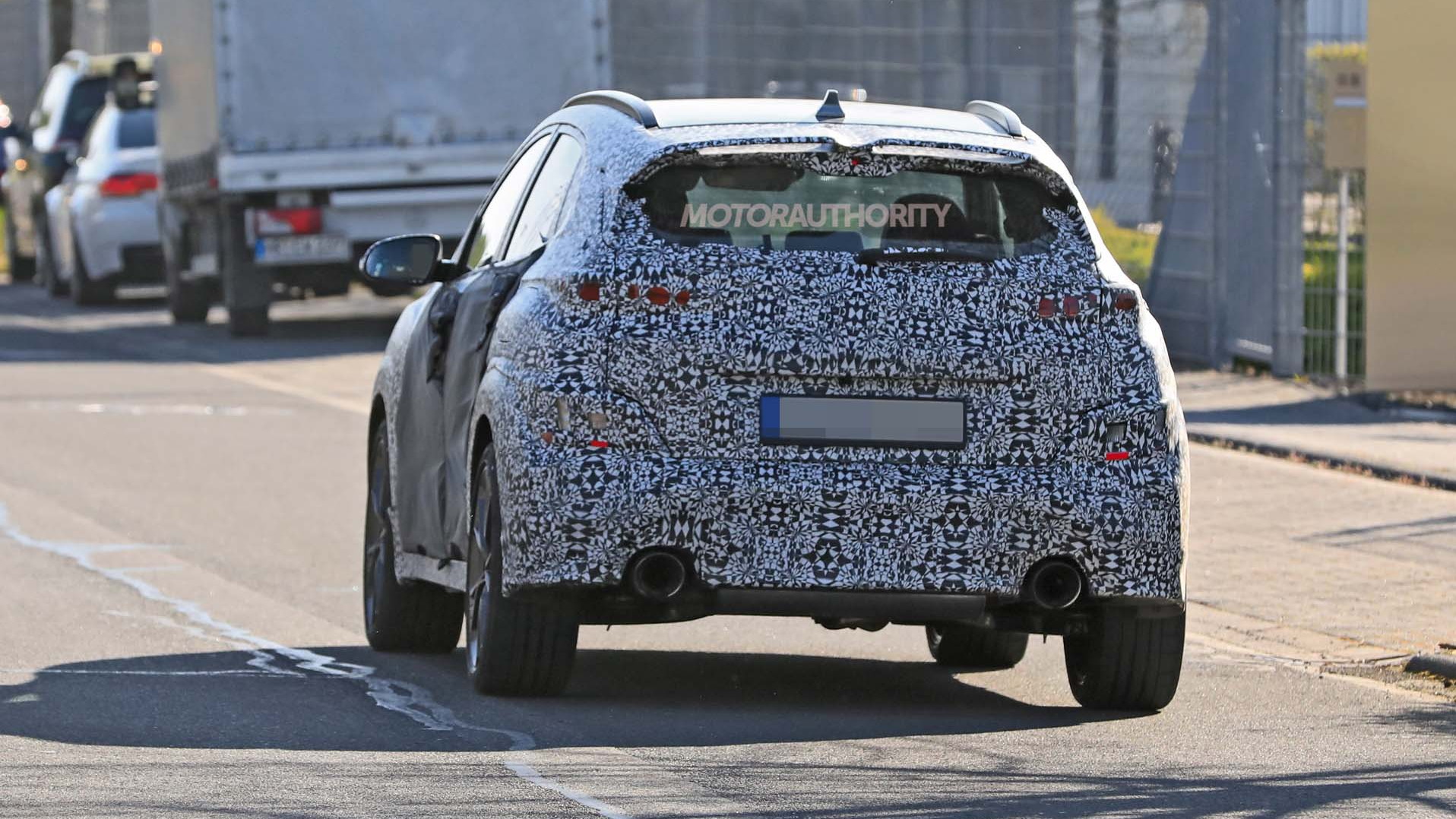 A hot version of the Kona subcompact SUV is coming, as evidenced by a camouflaged prototype at the Nürburgring sporting some performance upgrades.

Hyundai N boss Albert Biermann in early 2018 revealed he had already tasked his engineers with starting work on a potential Kona N in order to persuade senior management to give the vehicle the green light for production. Guess they were convinced.

The Kona N prototypes feature a dual-tip exhaust system, upgraded brakes with red calipers, new openings in the front fascia, and a rear wing above the hatch. A radar sensor can be seen in the lower grille for the automatic emergency braking system.

The Kona N is expected to benefit from the same powertrain and chassis upgrades that existing Hyundai N models like the Veloster N and i30 N have received. At the top of the list would be the tuner's 2.0-liter turbocharged inline-4, which at present offers outputs ranging from 246 to 275 horsepower. A 6-speed manual is likely standard while an 8-speed dual-clutch automatic from the 2020 Veloster N should be on the options list.

The standard Kona is offered with a 2.0-liter inline-4 delivering147 hp, or an electric motor delivering 201 hp.

Look for the Kona N to debut in 2021, and if approved for the United States we should see it arrive as a 2022 model. Given the current popularity of SUVs, a Kona N seems like a no-brainer, especially with Volkswagen having developed the 296-hp T-Roc R.