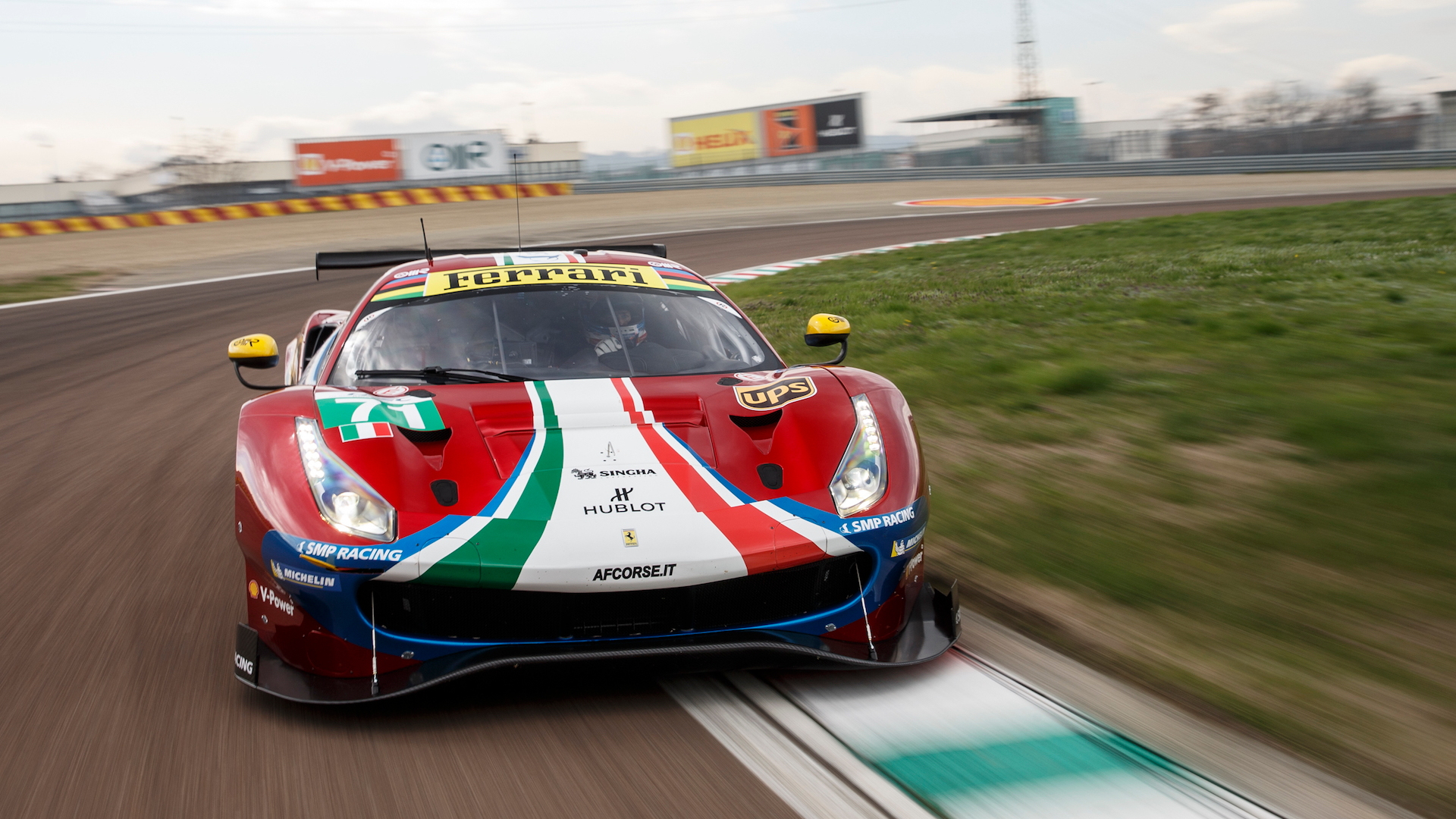 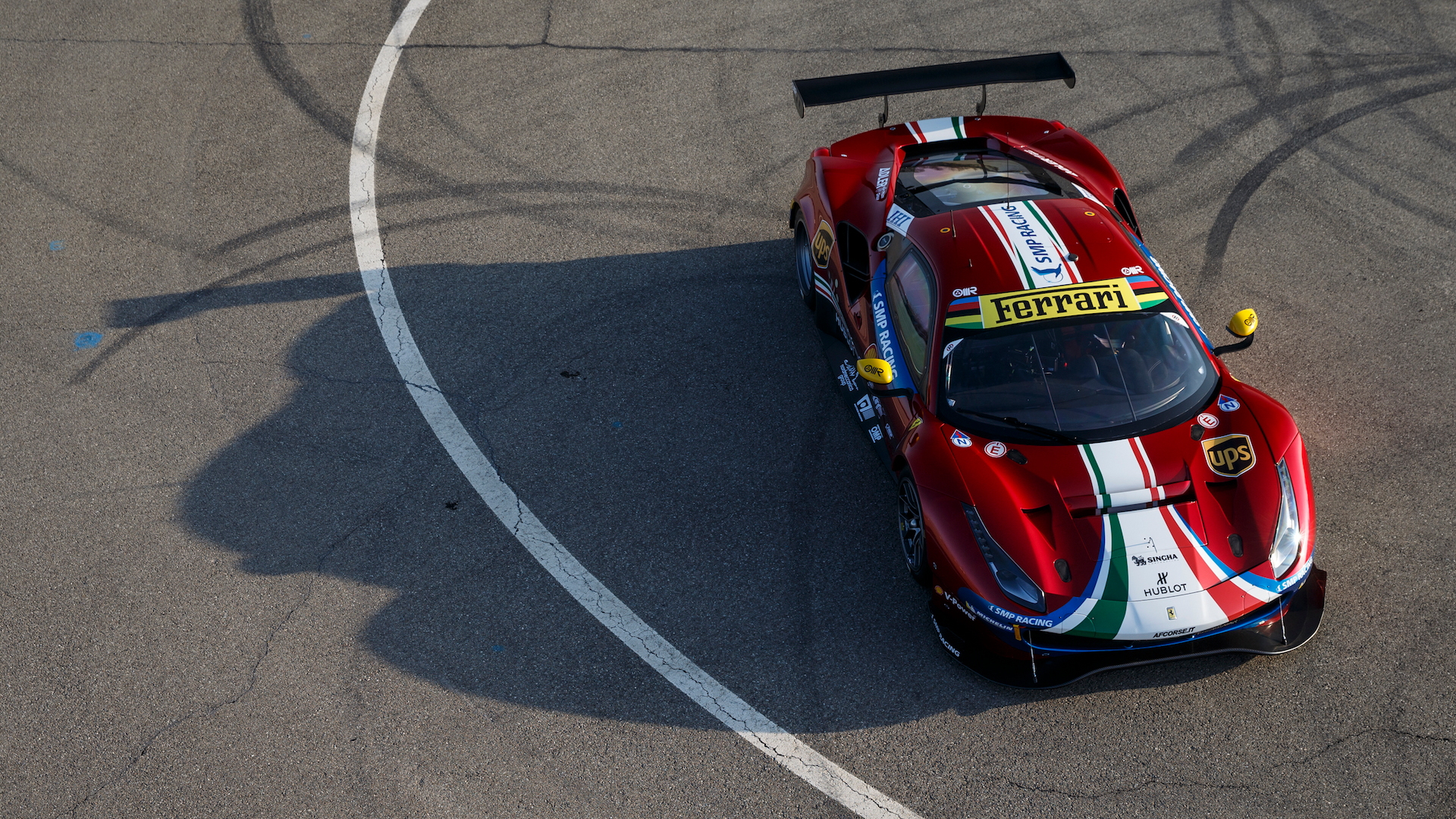 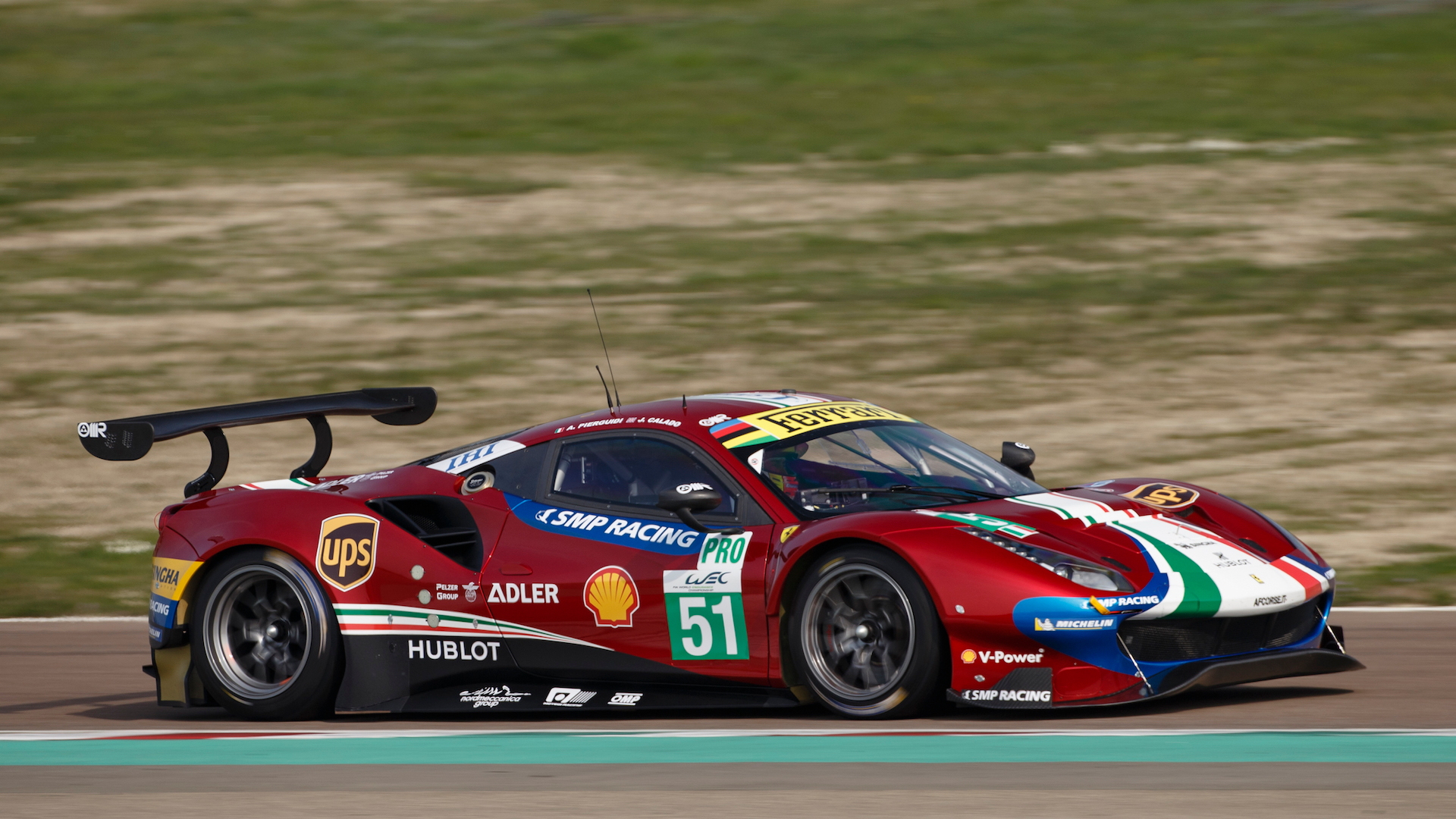 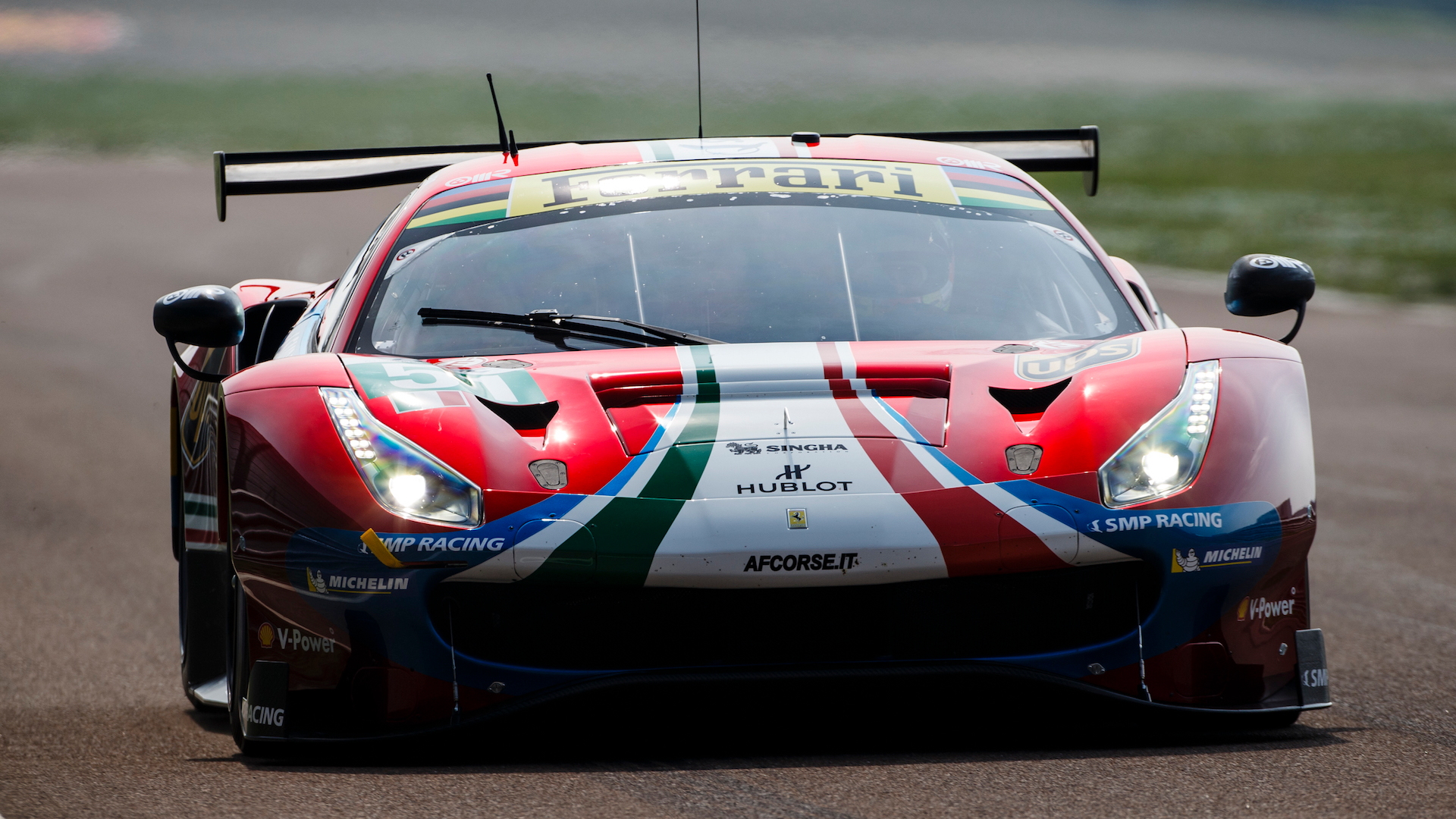 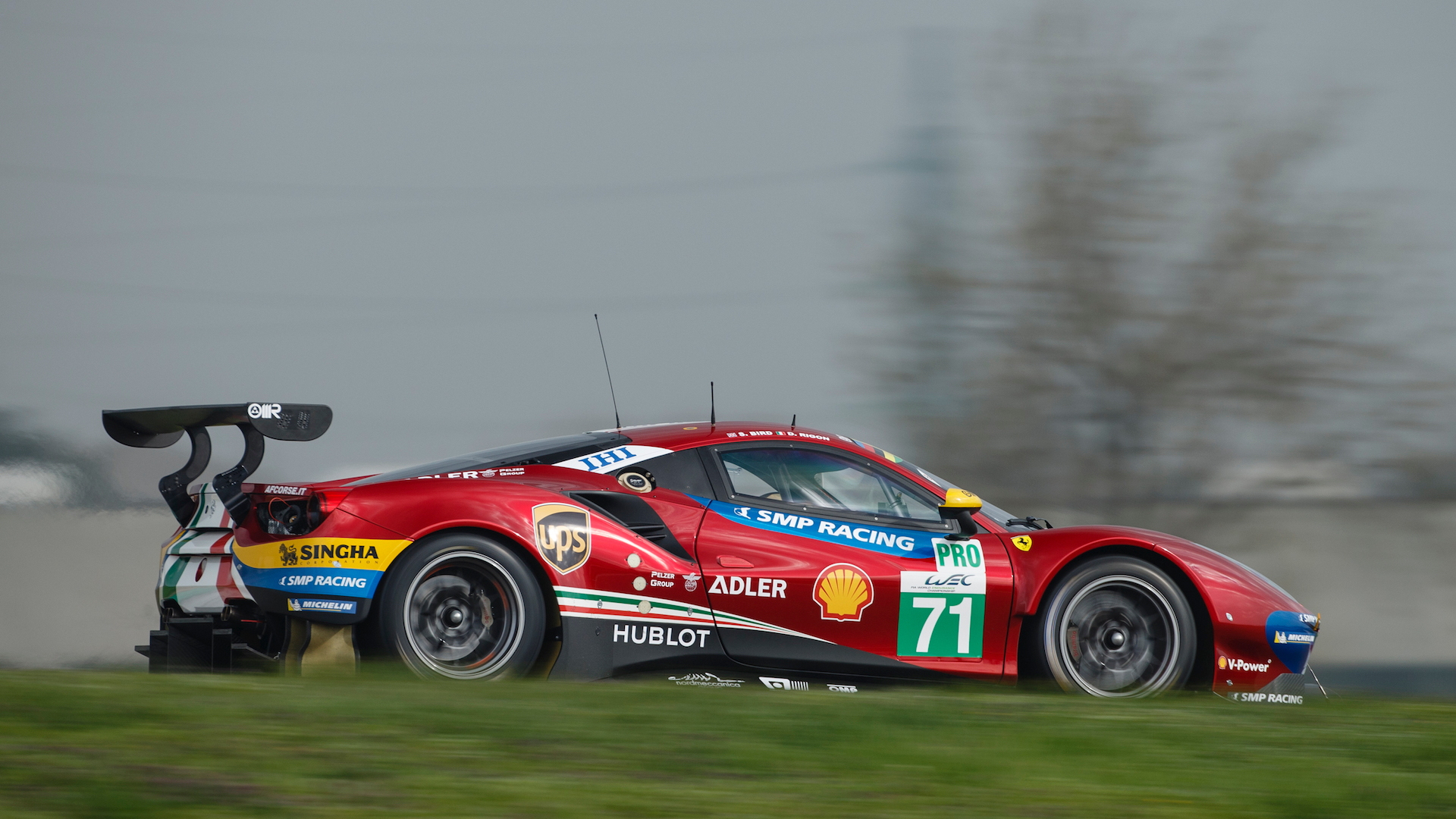 Ferrari and its 488 GTE World Endurance Championship race car have had a pretty successful go, but a win at Le Mans has alluded Ferrari and the AF Corse racing team. For 2018, Ferrari hopes to change that with an updated 488 GTE Evoluzione, or Evo, which debuted last Friday at a shakedown test on the Fiorano, Italy, test track. Two cars, the numbers 51 and 71, appeared at Fiorano.

The sports car maker did not comment on what mechanical or design changes earn the 488 GTE the "Evo" name, but the car does come ready to race in a lovely new shade of metallic red with an updated livery. The outgoing 488 GTE helped Ferrari and AF Corse claim the driver's, team's, and manufacturer's titles in the GTE Pro class of the FIA World Endurance Championship last year. The windshield of the new car displays the colors of last year's world title.

The last time Ferrari took the win in at Le Mans was in 2014. Since then, a Corvette, Ford GT, and Aston Martin Vantage have left Le Mans victorious.

Previous world champs James Calado and Alessandro Pier Guidi will pilot the no. 51 car, and Sam Bird and Davide Rigon will handle the no. 71 488 GTE Evo. A third set of drivers will run at Le Mans but those drivers haven't been confirmed yet.

The Ferrari 488 GTE is now its third year in the WEC. Over that time Ferrari has won two world championships and 11 races.

This year's Ferrari 488 GTE Evo will make its racing debut at the 6 Hours of Spa-Francorchamps on Saturday, May 5, and we are looking forward to June 16 when the 24 Hours of Le Mans gets underway.