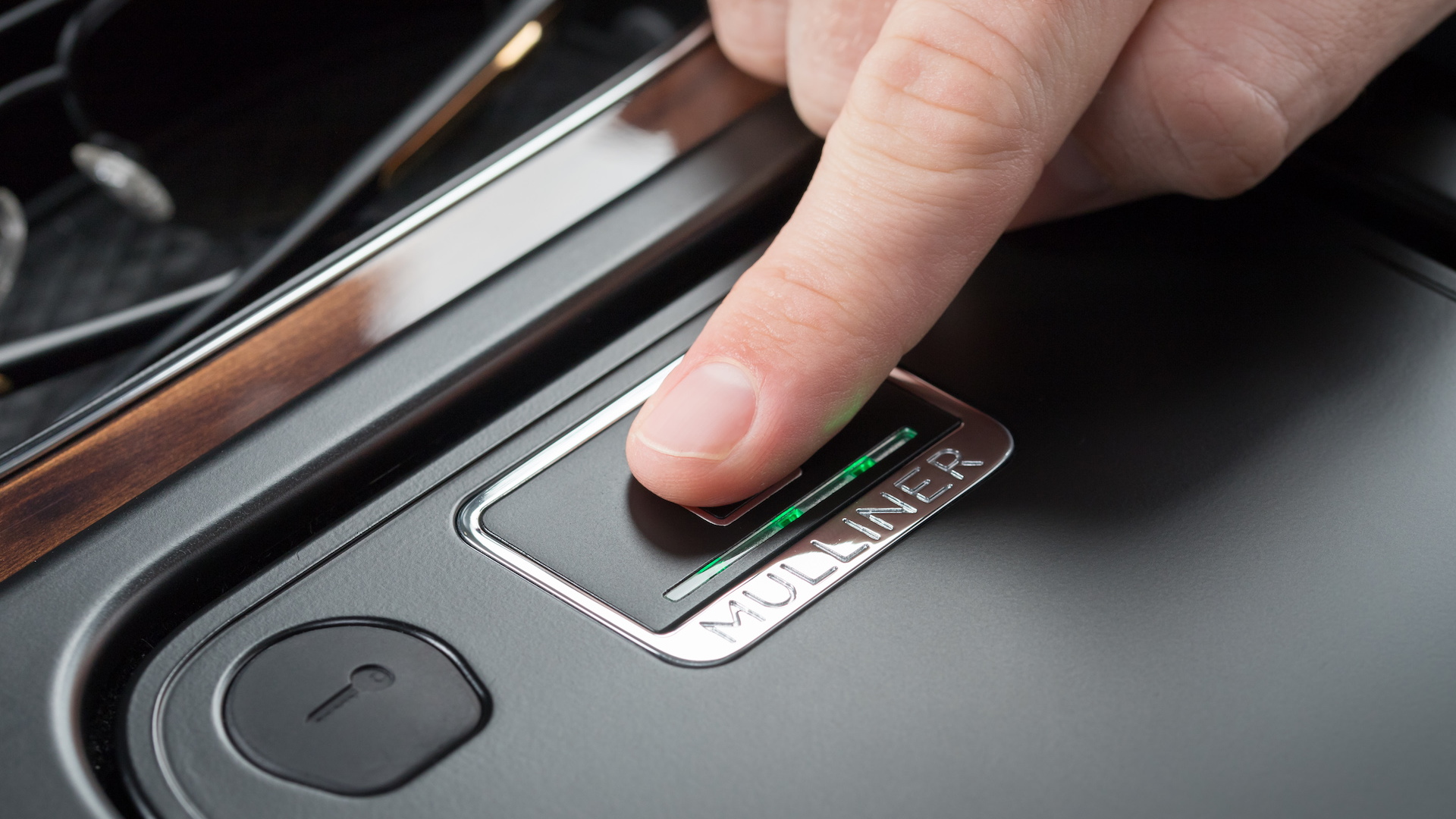 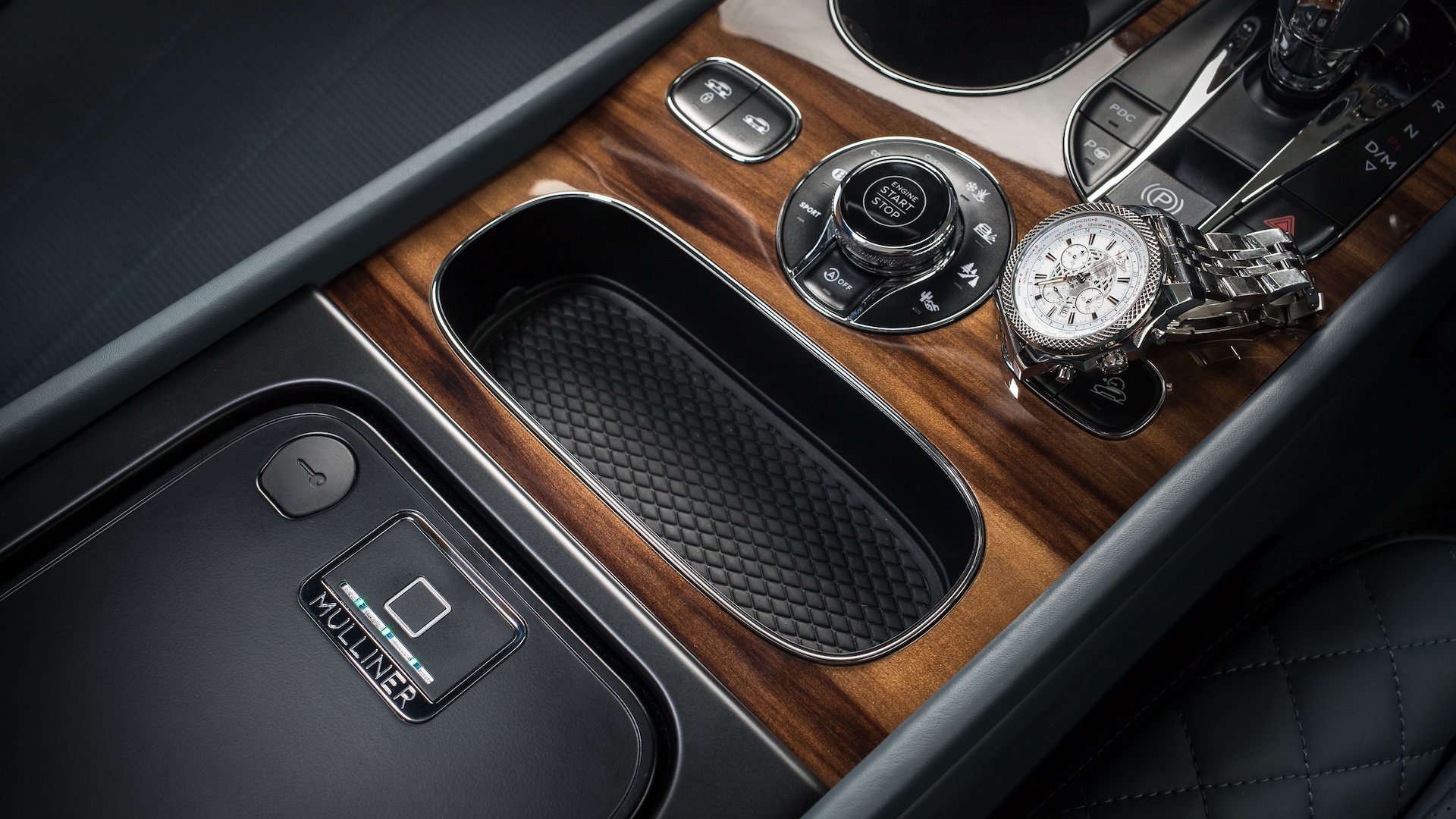 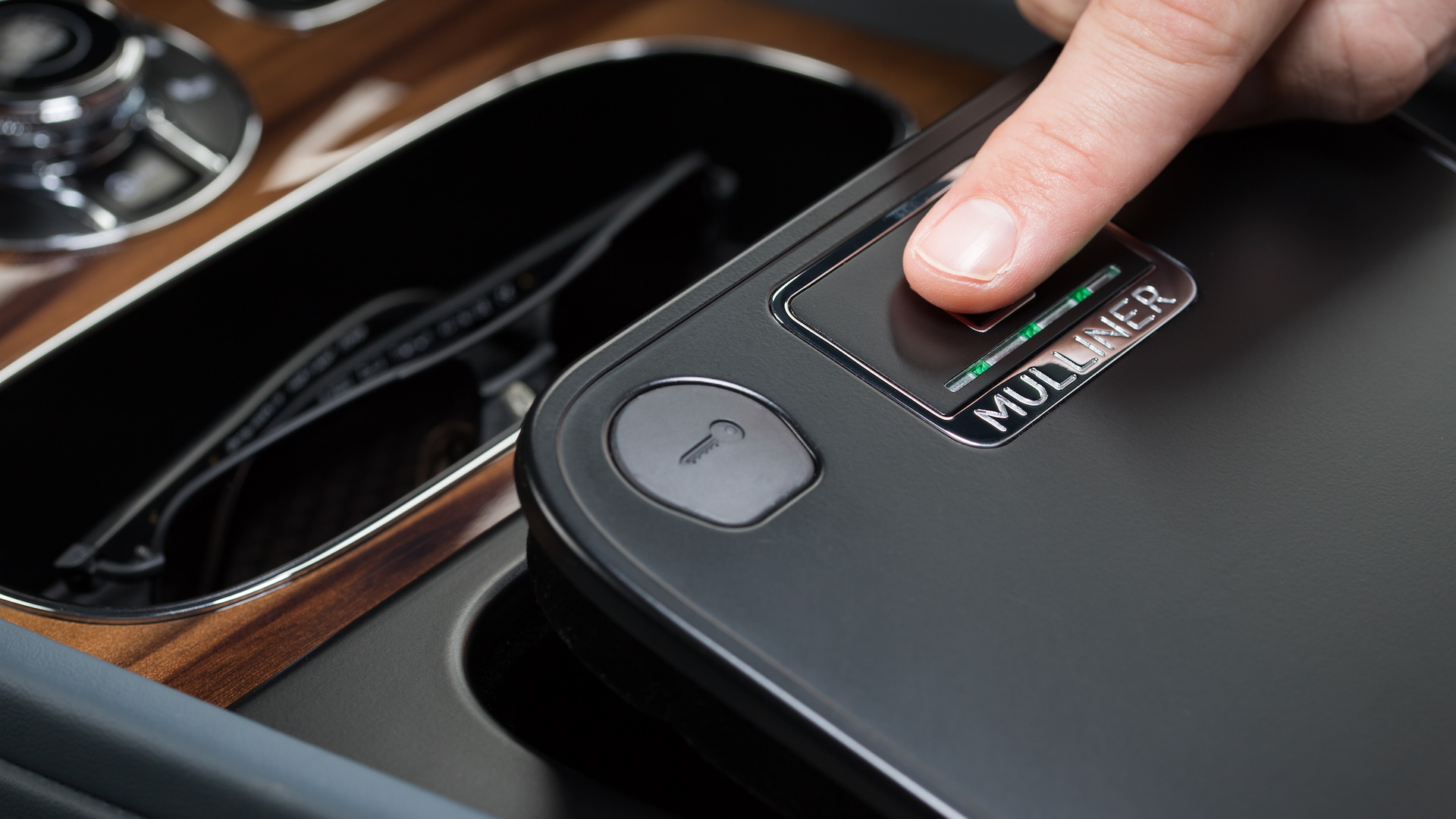 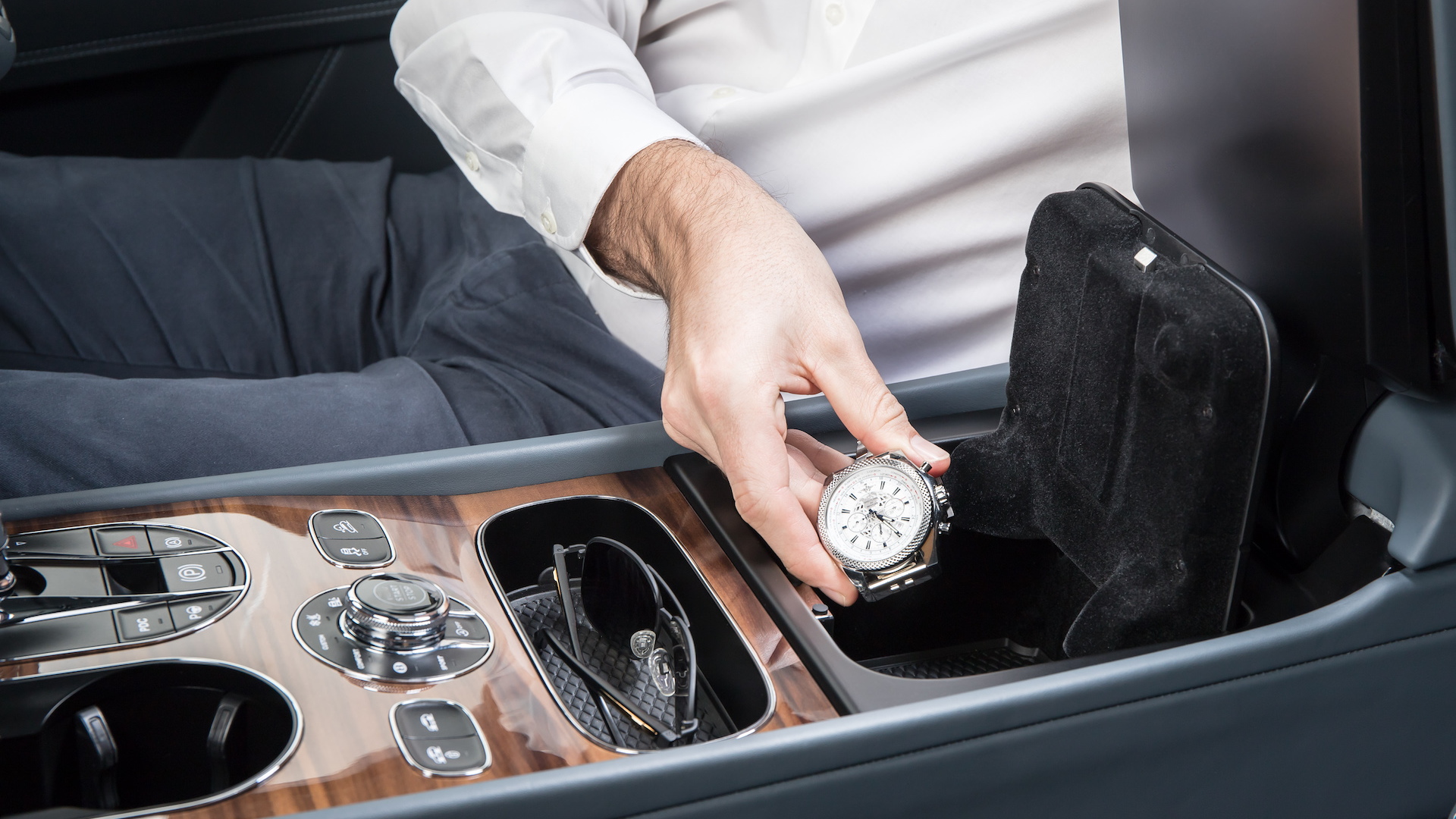 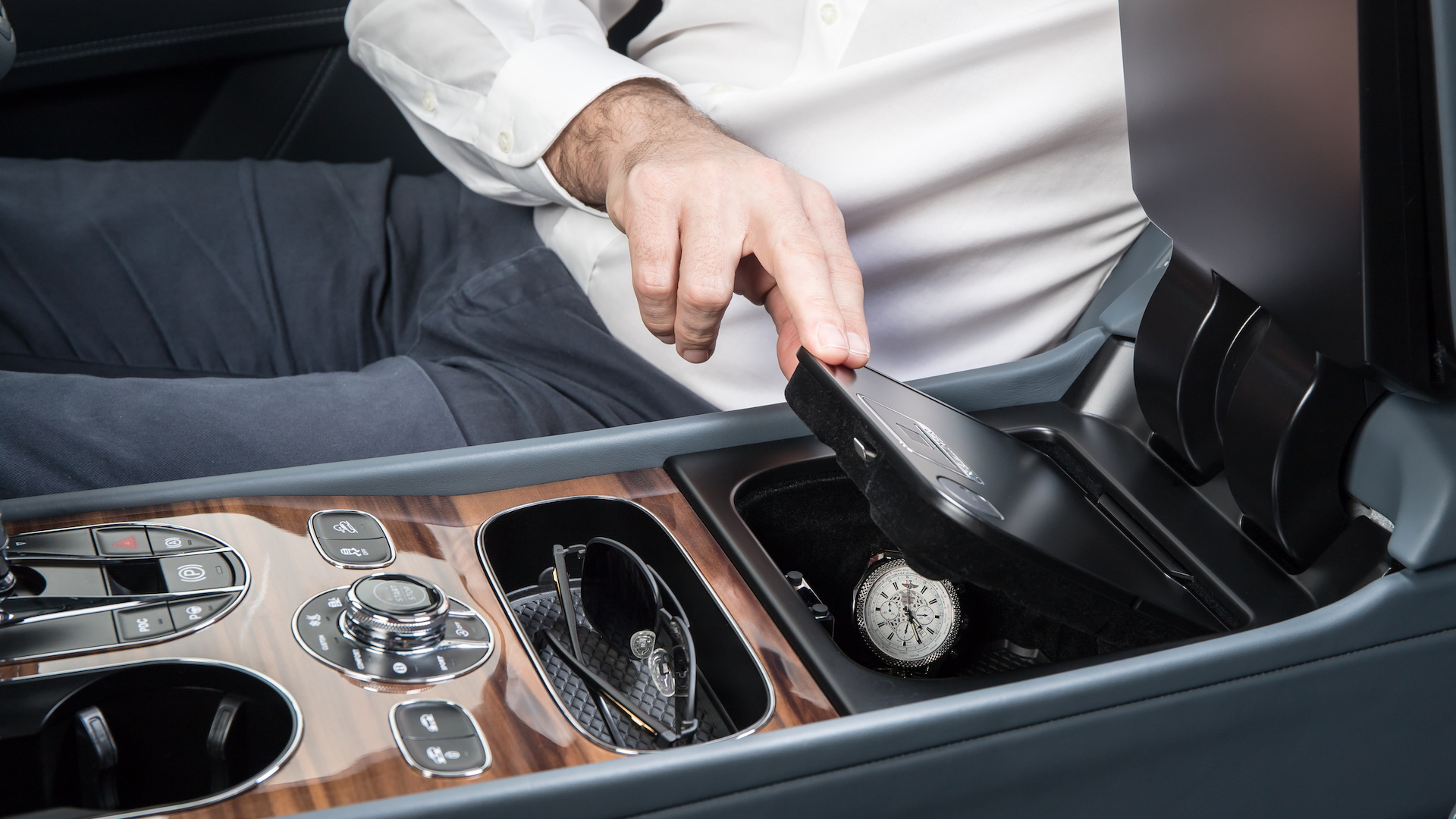 Bentley has introduced a technology seemingly pulled from a James Bond film. It's a biometric security system to access a hideaway storage compartment for the Bentayga SUV.

The system, developed by Bentley's commissioning division Mulliner, requires a fingerprint scan to access the storage compartment. The system is integrated with the compartment made of high-pressure die-cast aluminum.

The compartment rests flush with the center stack, and the scanner is the only giveaway to its location. In the announcement on Monday, Bentley imagined customers will use the space to store valuables while they are away from their vehicles, such as during a trip to the beach or while parking with a valet.

Inside, the compartment also houses two USB ports and an auxiliary port to charge devices.

It's not the first time Mulliner has specifically sought to give the Bentayga an even more luxurious aura. Last year, Bentley revealed the Bentayga Mulliner with yacht-like luxury treatments. Perhaps the Bentayga Mulliner's most thoughtful touch is a pair of second-row seats split by chilling cabinet to keep champagne ice cold. Because three is a crowd.

Bentley did not provide details on pricing and availability for the biometric security system, but expect to pay a pretty penny for the added security.