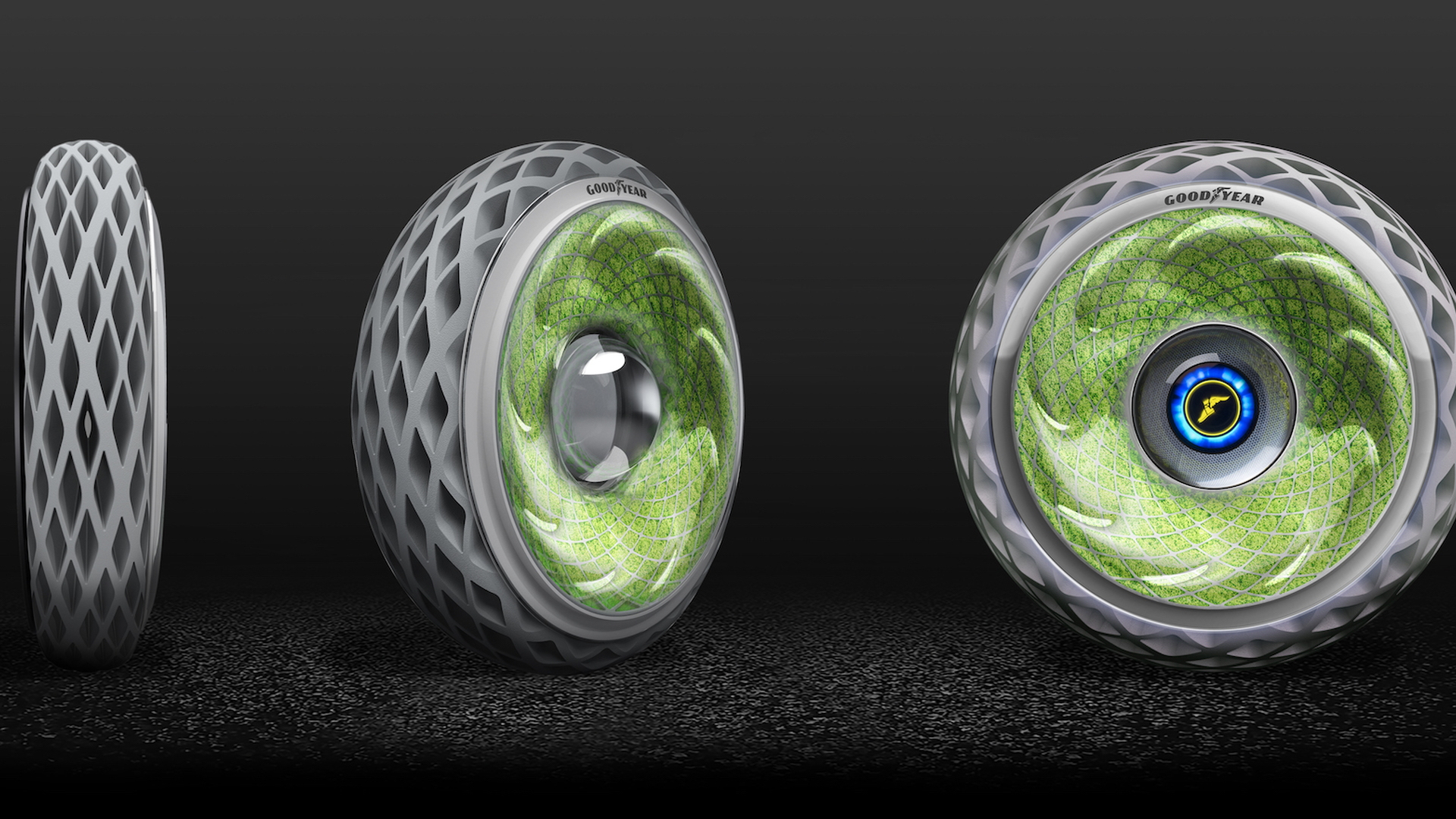 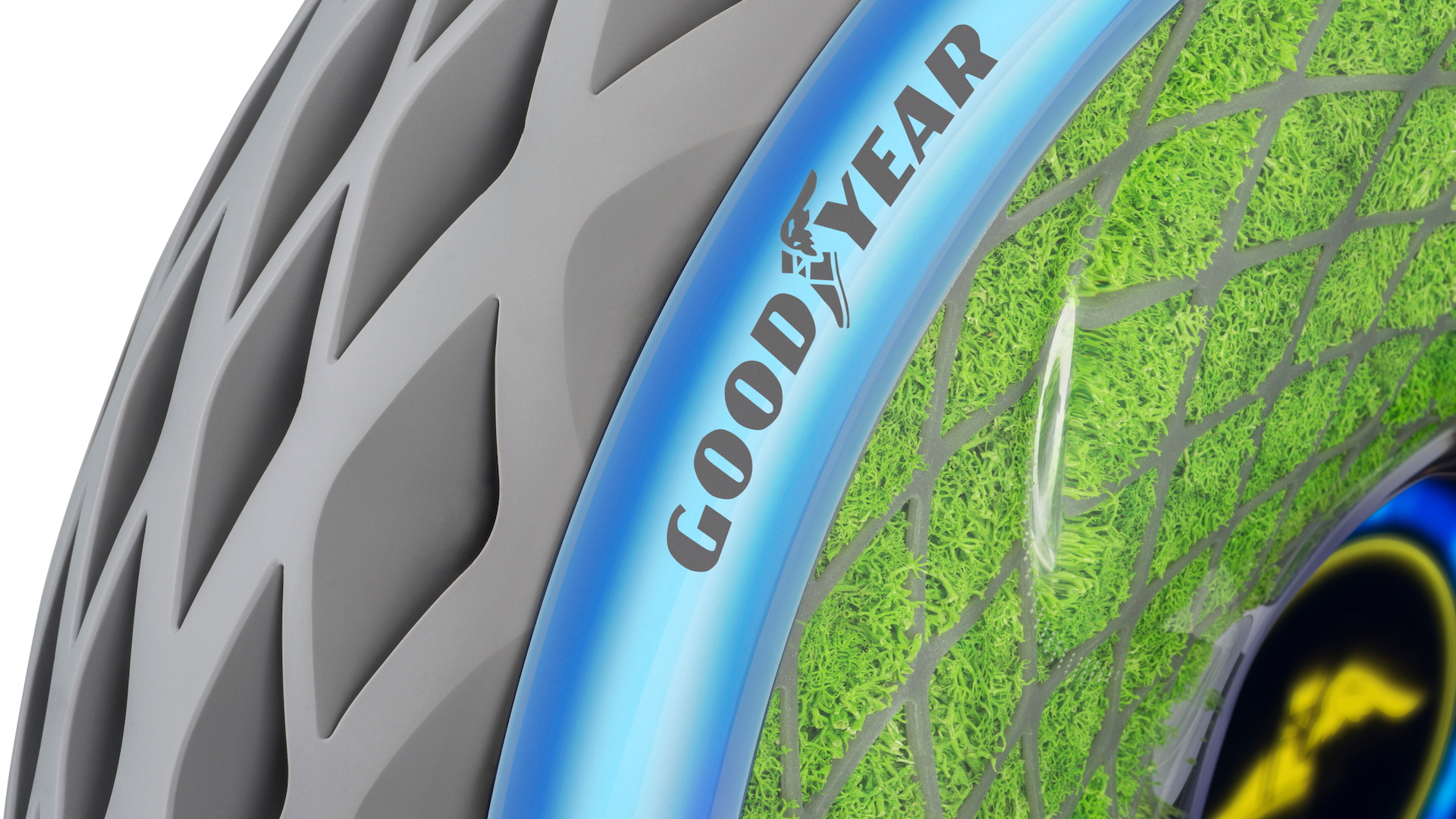 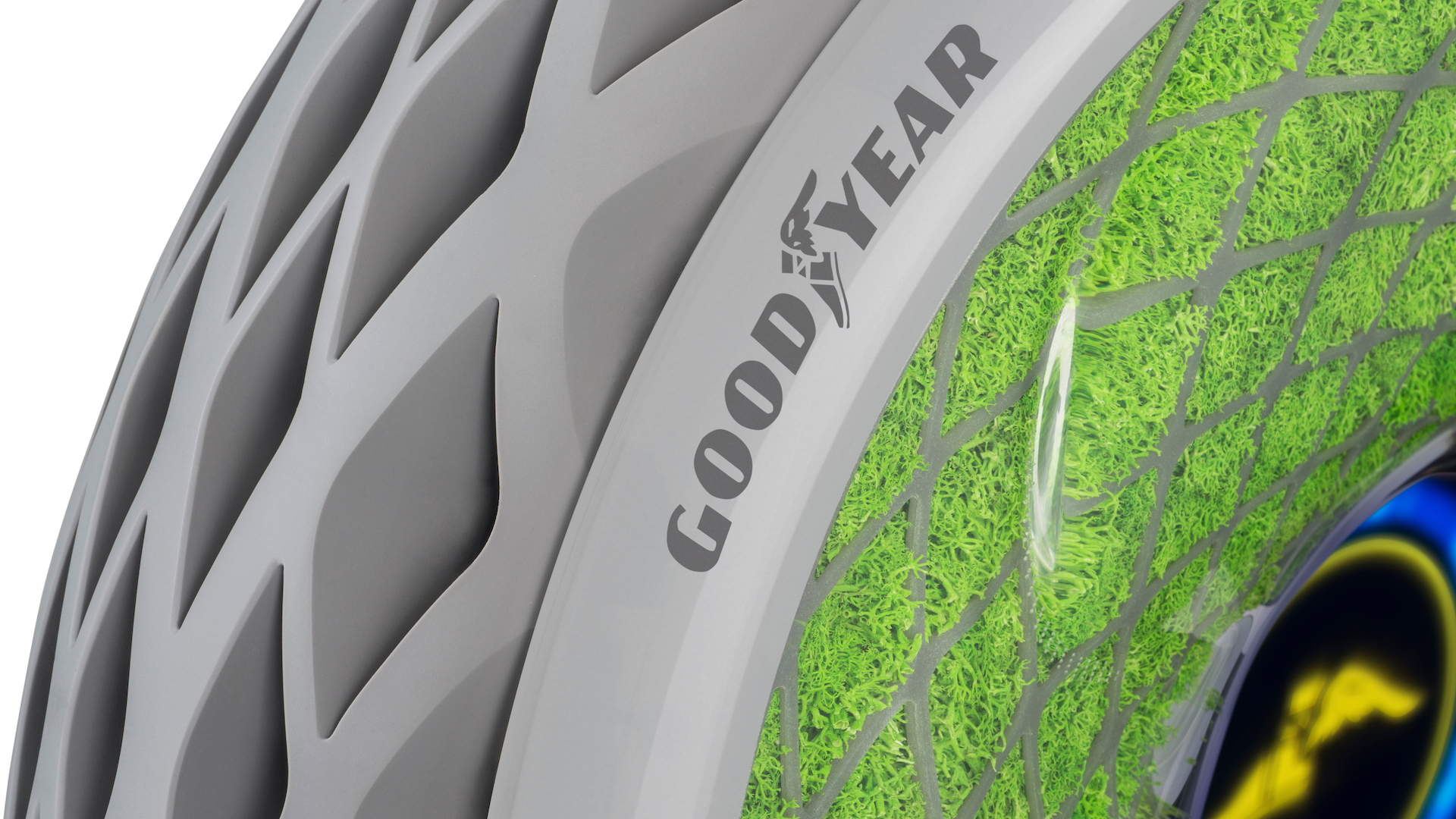 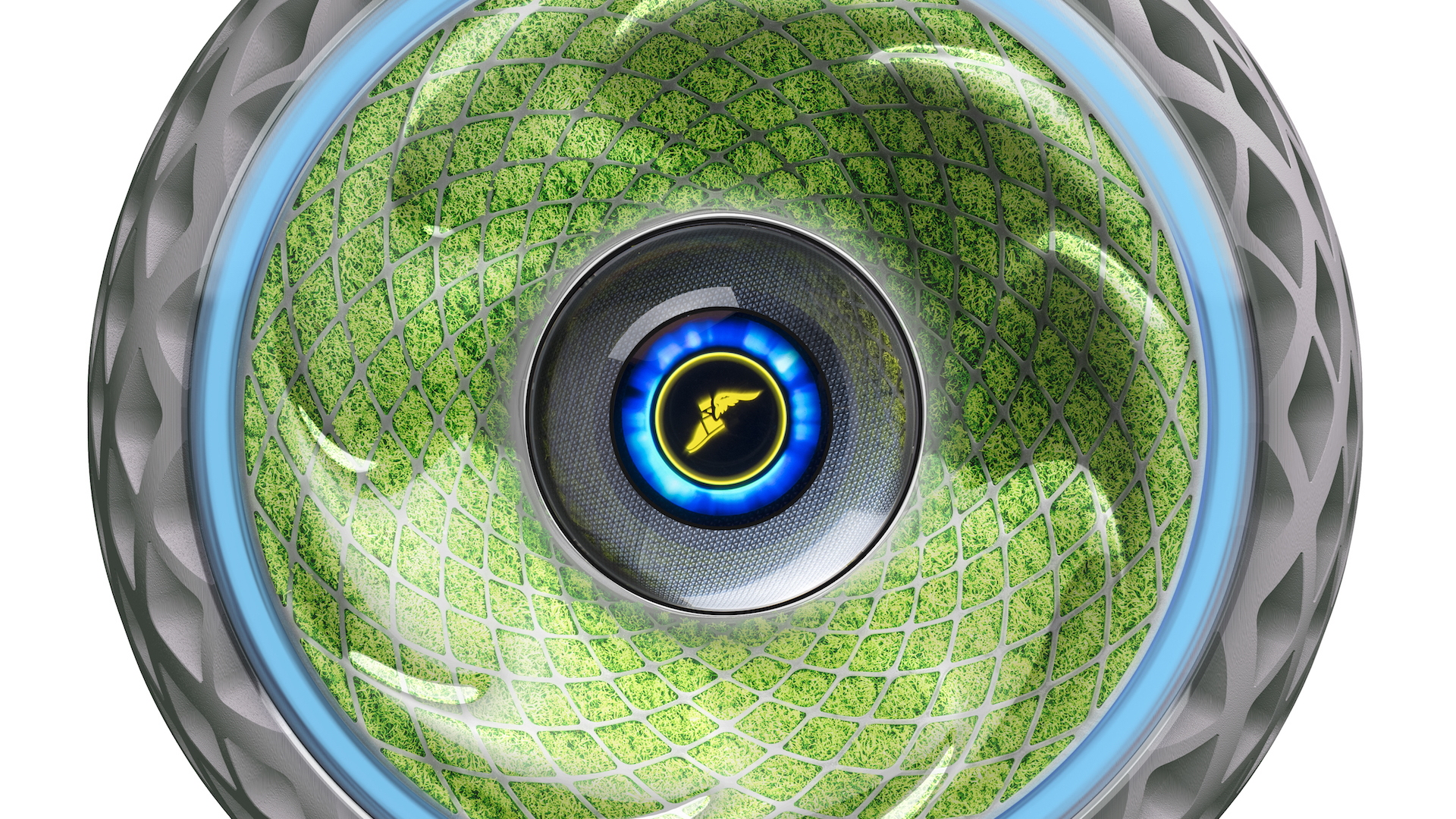 The concept of tires hasn't changed radically for decades: they're round, they roll, they hold up your car. Companies have managed to manufacture better quality compounds and produce tires that grip, stop, and handle superbly, but Goodyear has a totally different idea for the future of the tire. It's a tire that cleans the air as it goes and embraces self-sufficiency: the Oxygene concept tire.

Not only does it clean as it goes, it does so with living organisms. Goodyear says the tire's unique structure would house living moss within the sidewall. The Oxygene tire's open structure and tread design would allow the moss to absorb moisture as the tire rolls, and also breathe in CO2. Thus, photosynthesis occurs. The open construction also improves wet grip.

Why does Goodyear want living, breathing tires? The Oxygene tire could be a real ally to fight air quality issues in metropolitan areas. Looking back on basic biology, the moss sucks in CO2 and releases oxygen, which creates cleaner air for everyone. The tire company estimates that in a city the size of Paris with around 2.5 million vehicles, Oxygene tires would generate around 3,300 tons of oxygen and absorb around 4,400 tons of CO2 every year.

The company also touts an efficient manufacturing process. The Oxygene concept tire would be 3D printed with rubber powder made from recycled tires, and that would put less stress on natural resources. Goodyear also says the tire isn't pneumatic and is therefore puncture-proof.

If all of these attributes aren't wild enough, the tire would even power its own electronics, which include sensors, an artificial intelligence unit, and a nifty customizable LED light strip in the sidewall. Photosynthesis would create the electricity to power all of the components. And visible light communication systems, or LiFi, would connect with the Internet of Things, other vehicles, and any smart infrastructure for V2I capability.

Goodyear hardly put a timestamp on when some of the Oxygene concept tire's concepts could see production, but the company said it's an exercise in engineering solutions that will complement future mobility.