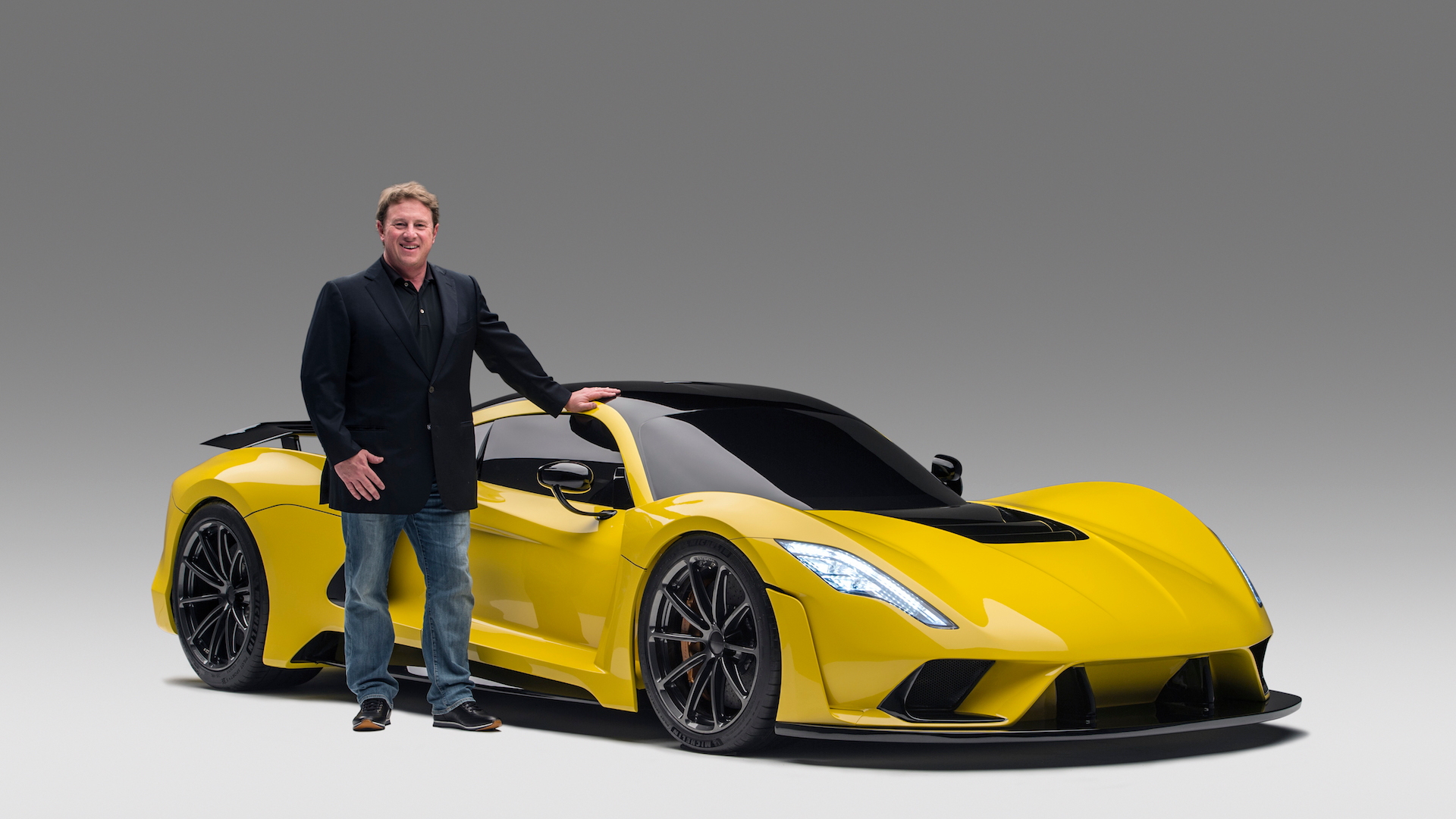 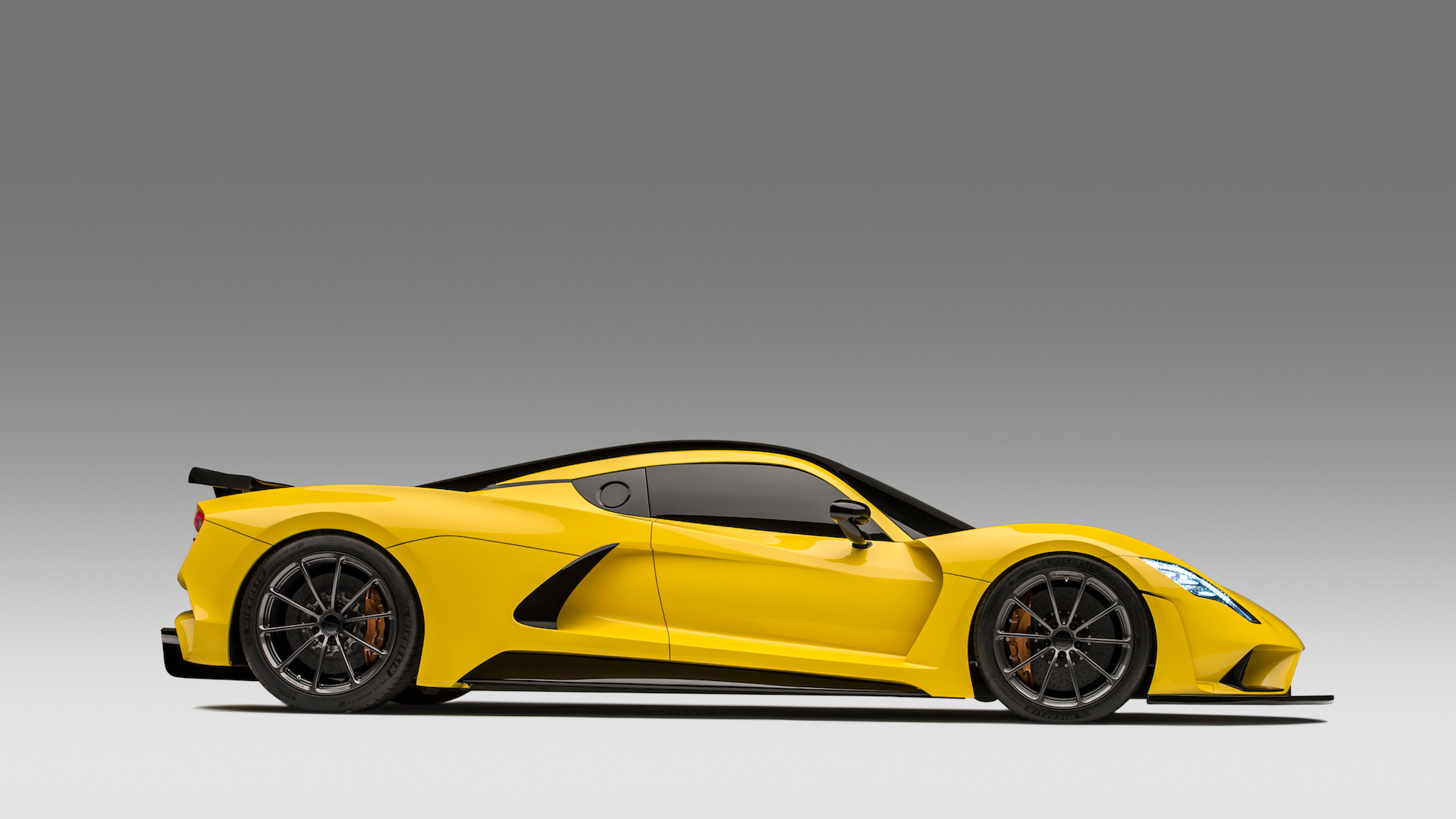 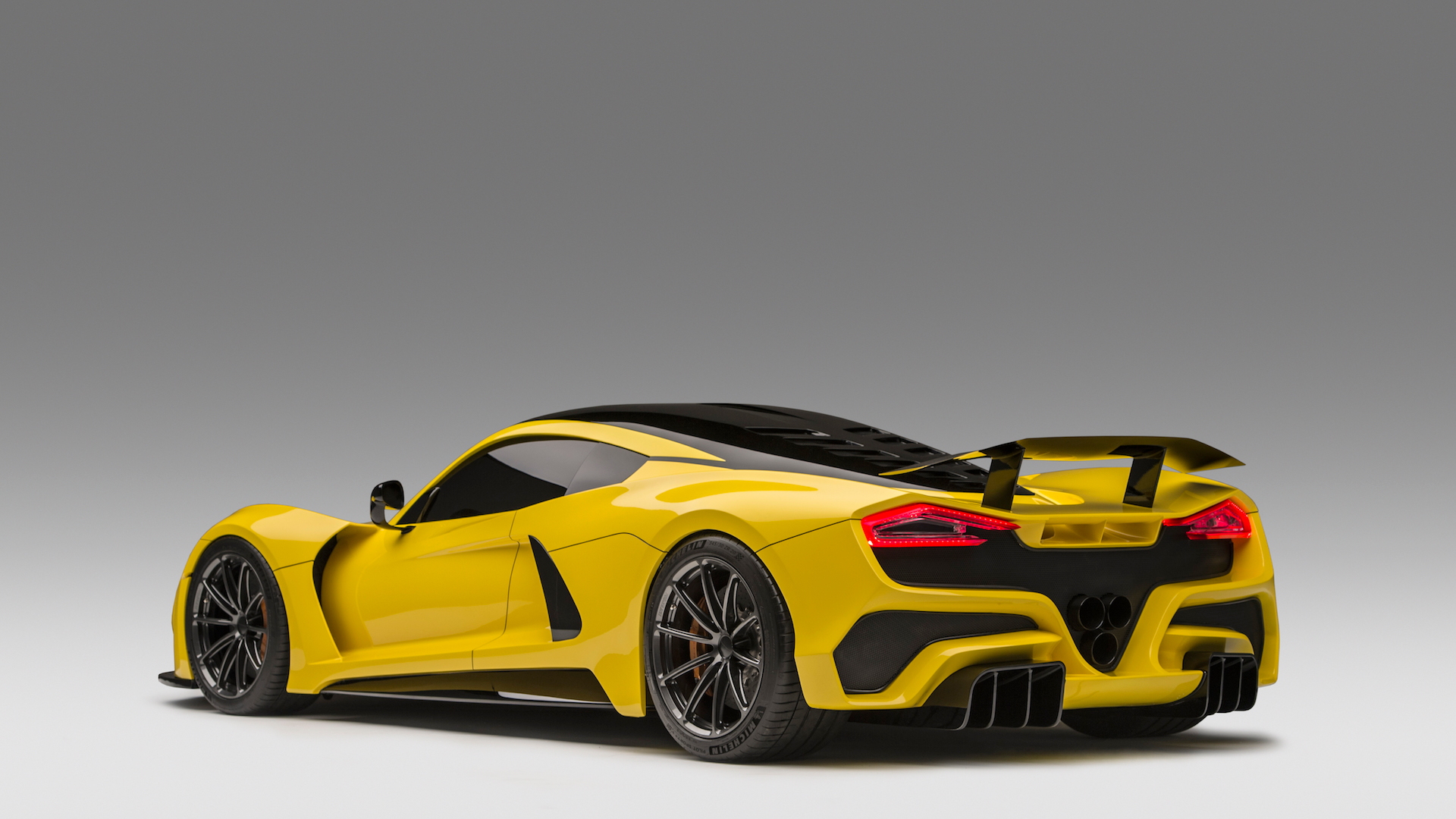 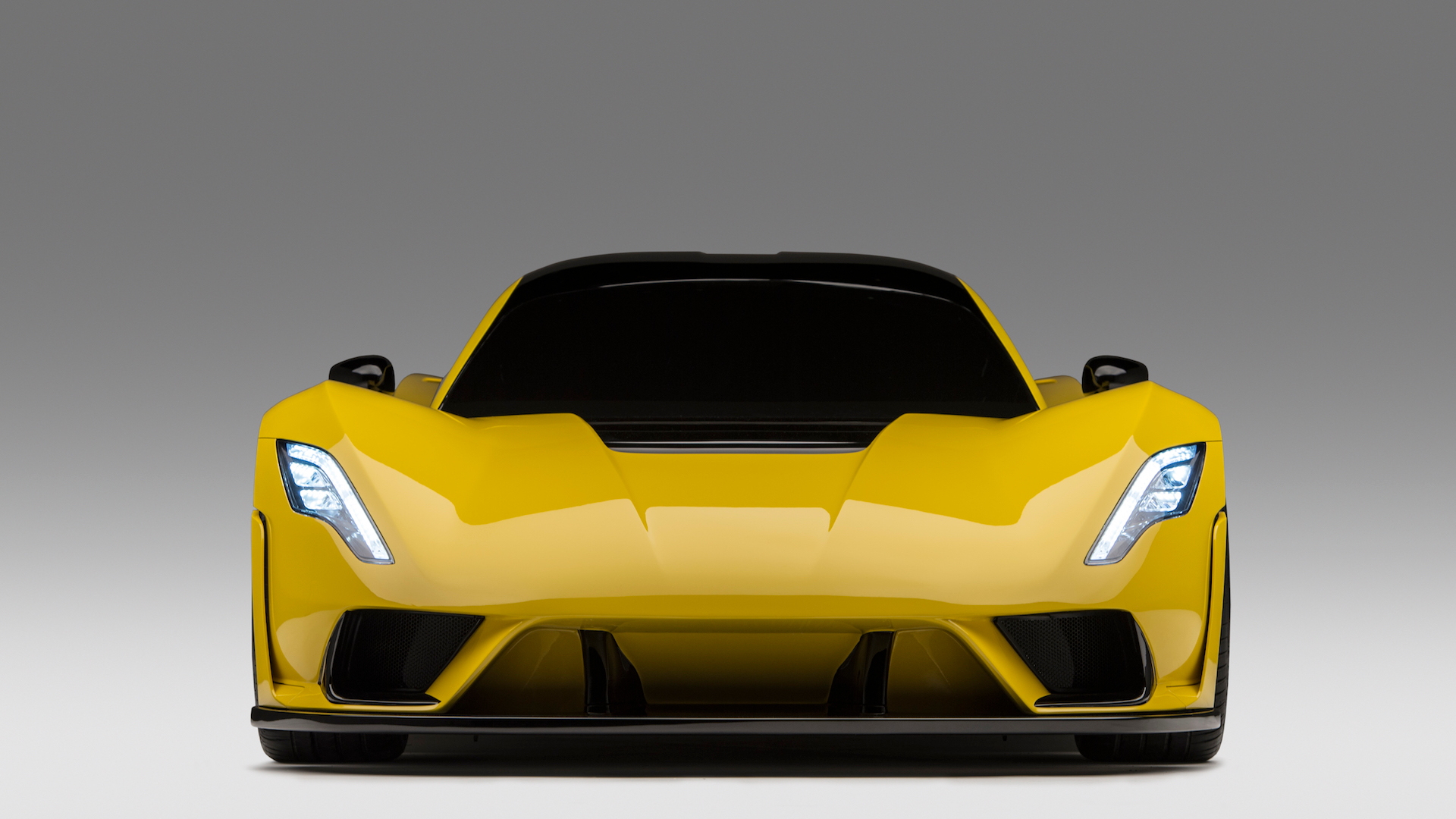 Hennessey Performance Engineering showed up to this week's 2018 Geneva International Motor Show with its Venom F5, a 1,600-horsepower beast that's set to challenge the likes of the Aston Martin Valkyrie, Bugatti Chiron, Koenigsegg Agera RS and Mercedes-AMG Project One in the hypercar arena.

So far Hennessey's only shown a concept of the Venom F5. That's because development is ongoing, meaning some of the specifications may change prior to the reveal of a production-ready example.

Speaking with Top Gear magazine, Hennessey CEO and founder John Hennessey said his company is developing a bespoke engine for the Venom F5. Right now the planned engine is an 8.0-liter twin-turbocharged V-8 but Hennessey said he may go with a quad-turbo arrangement, à la the Bugatti Chiron. He said the decision would be made prior to this August's 2018 Pebble Beach Concours d'Elegance.

Hennessey also said he fully intends to attempt a land speed record with the Venom F5. The current record for production cars is the 277.9 mph set by the Koenigsegg Agera RS last November. Hennessey said he'll wait until Bugatti responds in 2018 before maxing out the Venom F5, which he's previously said could potentially go as fast as 301 mph.

Hennessey already knows someone working for the state of Texas who could get a stretch of highway closed off for the Venom F5's top speed run. Alternatively, he could arrange usage of the same stretch of highway near Pahrump, Nevada that Koenigsegg used.

But straight-line speed isn't the end all and be all for Hennessey and his Venom F5. He said some of the development will take place at the Nürburgring, where he hopes to run the car under the 7:00 barrier. The only rear-wheel-drive production car to achieve such a feat is Porsche's 911 GT2 RS, which holds the current record time of 6:47.3.

Hennessey plans to build 24 Venom F5s, plus a prototype. The first 12 build slots for the car, which is priced from $1.6 million, have already been sold.