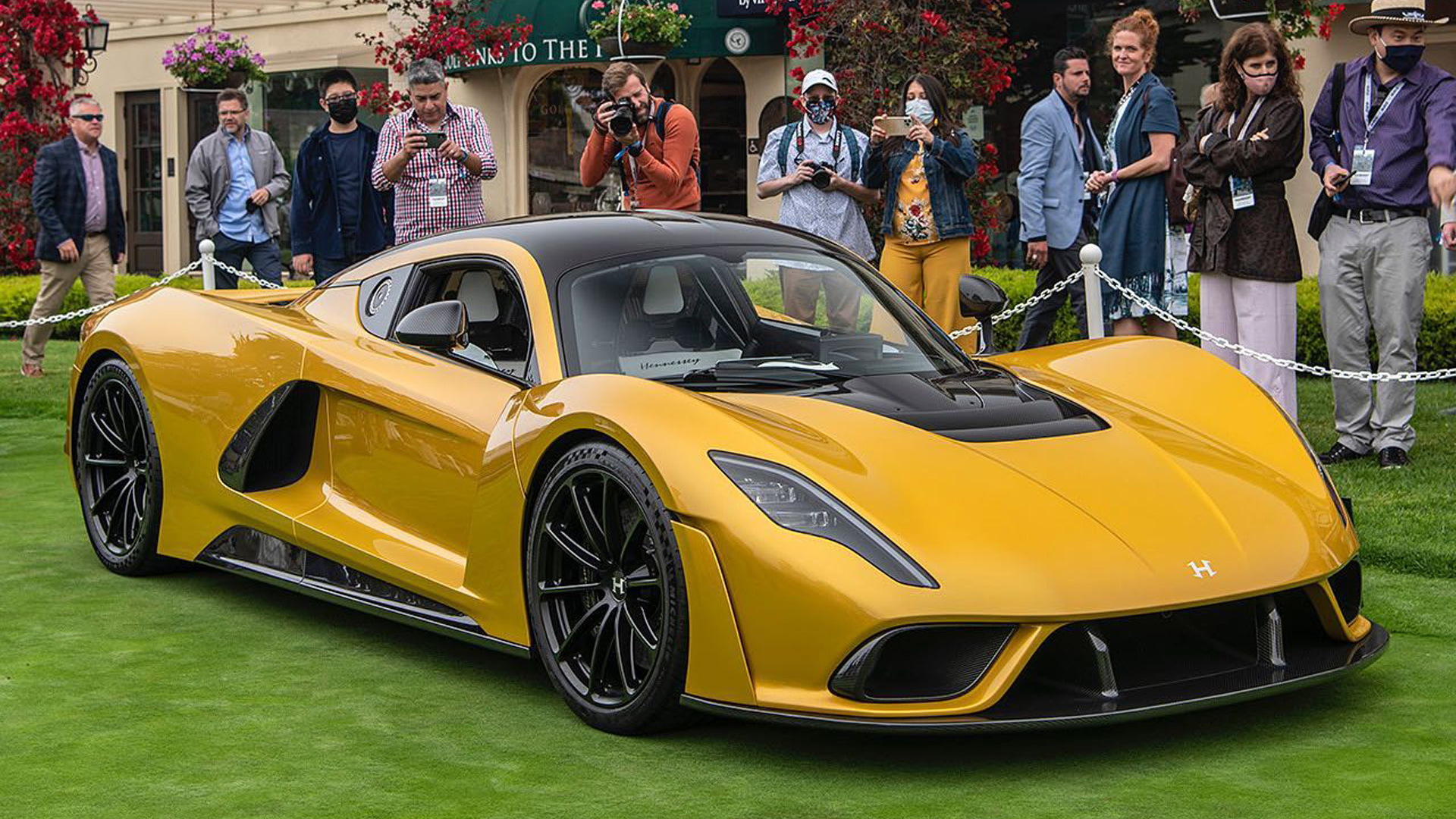 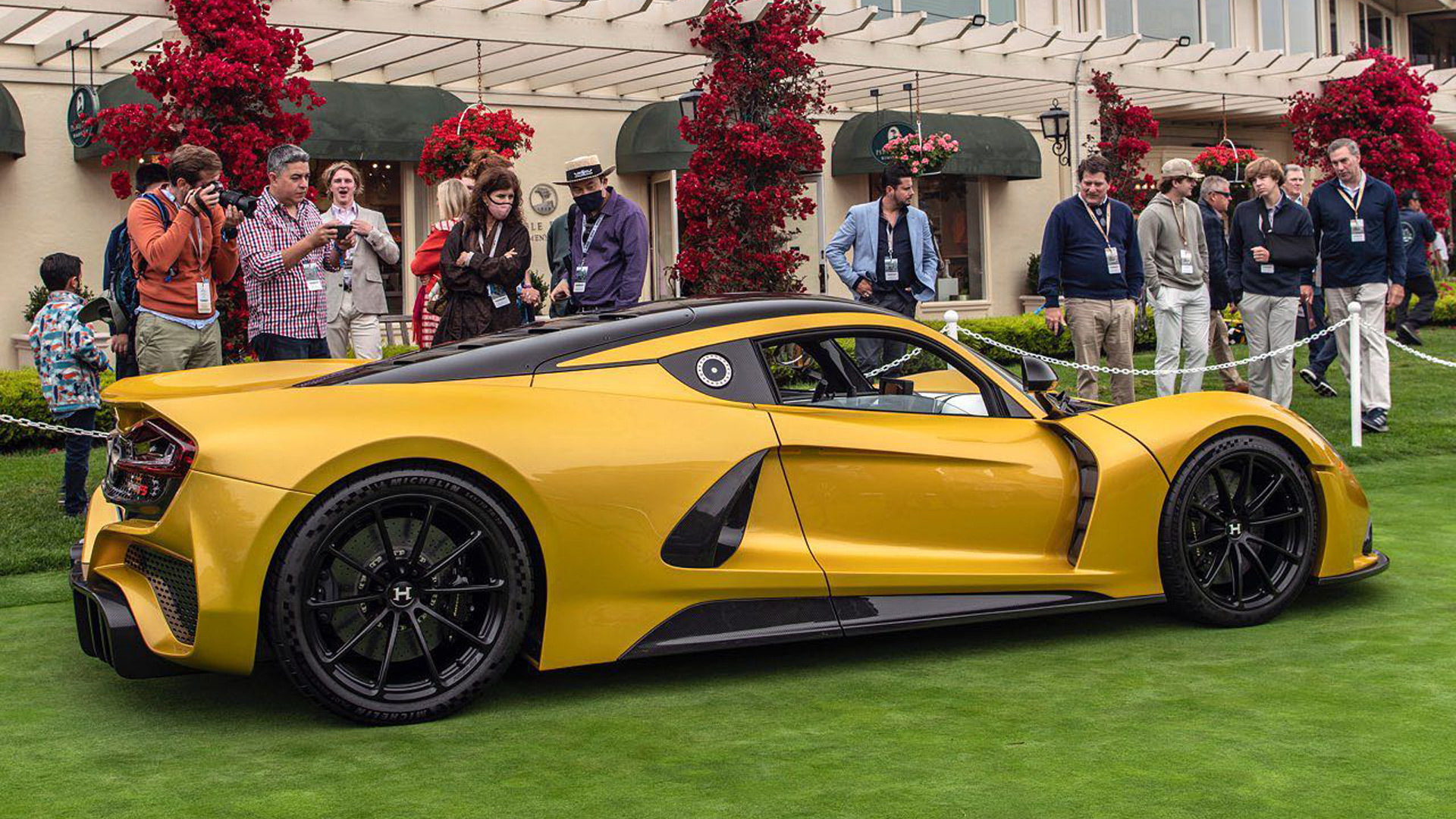 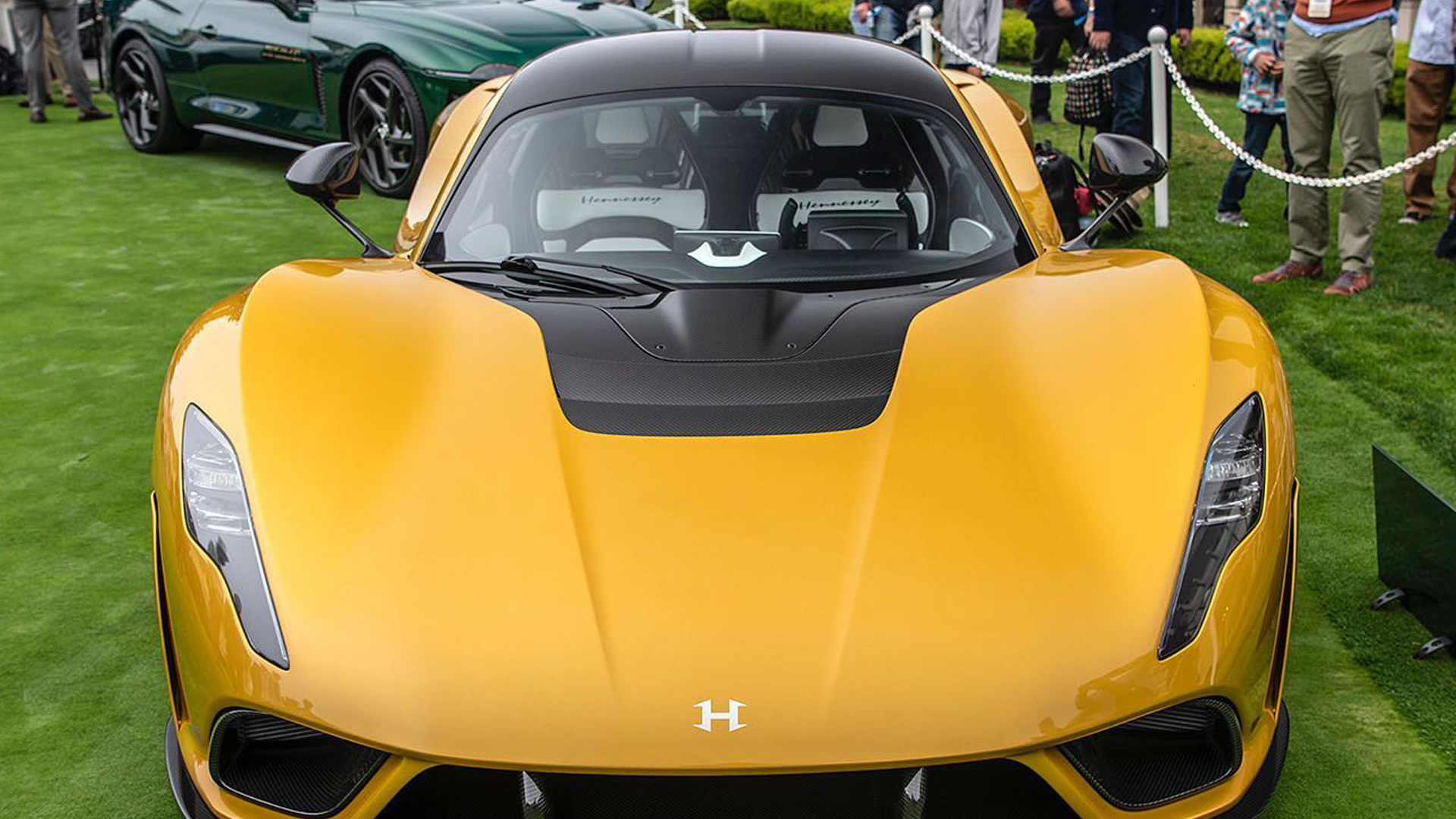 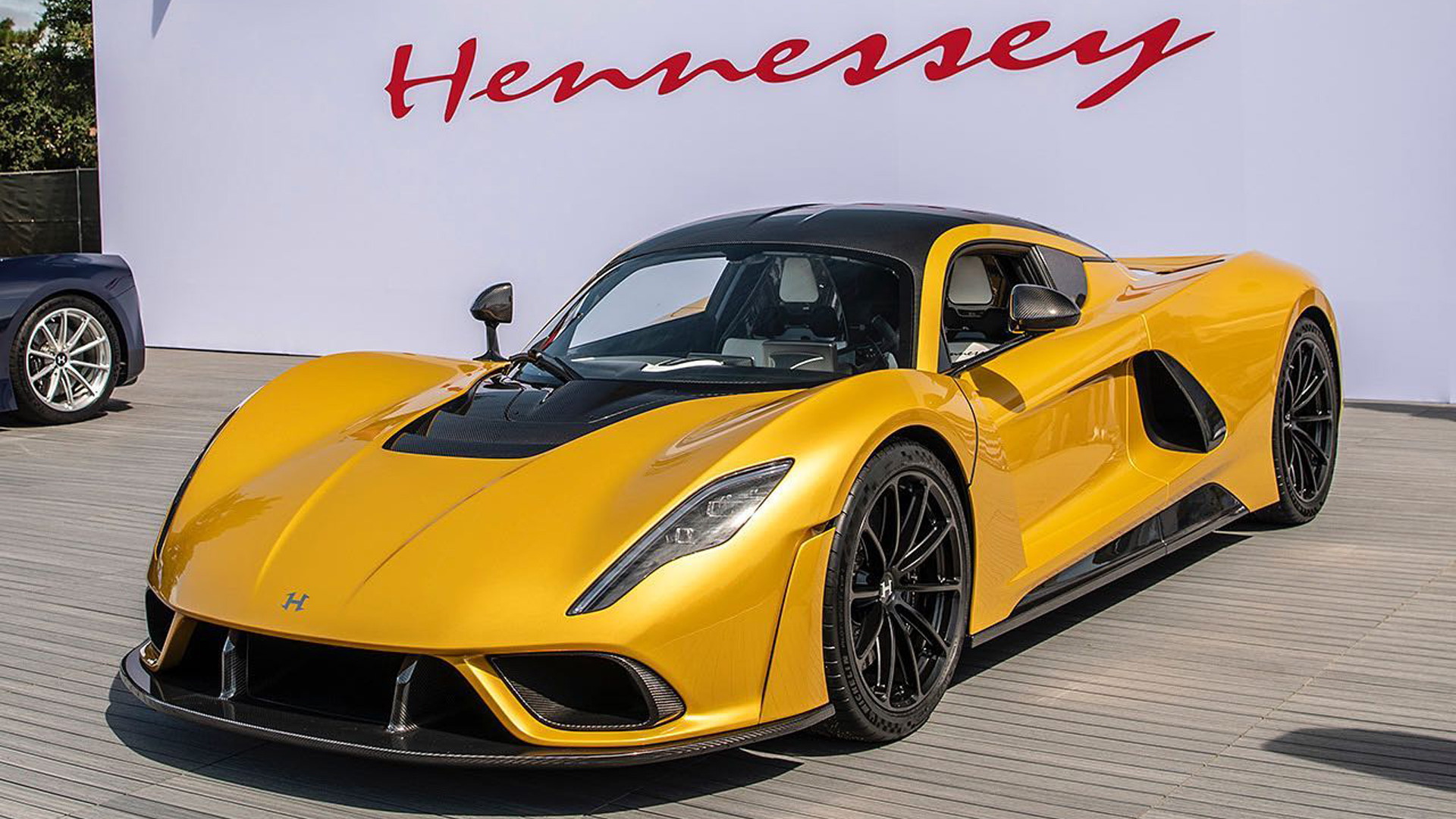 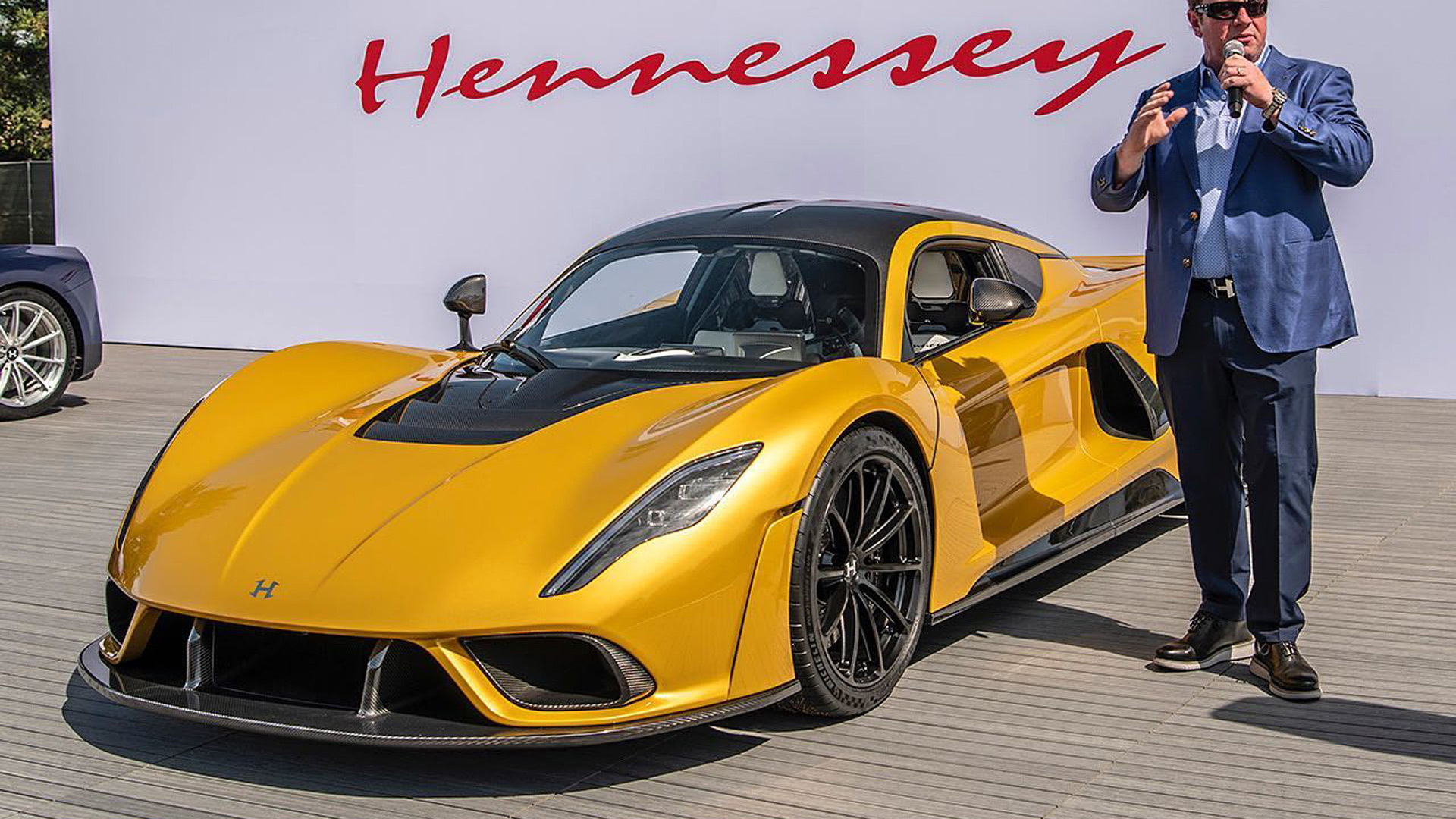 Hennessey plans to build just 24 examples of the Venom F5, each priced from $2.1 million. That's certainly a low run, but there were even fewer examples of the car's predecessor, the Venom GT, built—13 to be exact.

The company hasn't ruled out additional versions of the car, however. A possibility that has already been hinted at is a high-downforce version for track driving. An open-top version could also be a possibility at some point.

Right now, Hennessey is focused on completing development of the current Venom F5. In an interview with Piston Heads published on Thursday, John Hennessey, Hennessey's CEO and founder, said there's now just a final round of testing covering acceleration, braking and stability under full power.

Hennessey showed up to Monterey with two examples of the Venom F5, one finished in Speed Devil Blue and the other in Mojave Gold. That blue example is the first customer example and is earmarked for a buyer in Montana.

Hennessey first showed a concept of the Venom F5 during the 2017 SEMA show and followed up with the reveal of a production-intent example in late 2020. The car features a bespoke carbon-fiber tub and is powered by a 6.6-liter twin-turbocharged V-8 that makes 1,817 hp and 1,193 lb-ft of torque. The engine is hooked to a CIMA 7-speed single-clutch automated manual transmission, and has a redline of 8,500 rpm in high-speed F5 mode (otherwise 8,200 rpm).

Hennessey quotes a top speed of 311 mph, which if attained would make the Venom F5 the fastest car in production. The current land speed record for a production car is the 282.9 mph set by the SSC Tuatara in January, based on the mandatory dual runs in opposite directions. A Bugatti Chiron was clocked at 304.773 mph in 2019, though this isn't considered a record due to only a single run being made.

In case you were wondering, the “F5” in the Venom F5's name is a reference to tornado speed classification. F5 tornado speeds range from 260 to 318 mph.

For more news from the recent Monterey Car Week, head to our dedicated hub.