Scuderia Cameron Glickenhaus is forging full-speed ahead with its project to rebirth the Baja Boot. Now, the company, has issued a formal invitation to other automakers to join it on an amphibious transcontinental journey.

As a bit of background, the Baja Boot was an off-road buggy developed by hot rodder Vic Hickey and raced by Steve McQueen in the 1960s in what would become the Baja 1000. The original has become somewhat of an icon. Only two were built, and SCG founder James Glickenhaus owns one of them.

Now, Glickenhaus is developing a new version of the Baja Boot, and the company's transcontinental challenge is based on its capability.

SCG took to Facebook to announce plans for the transcontinental journey with sketches showing its Baja Boot-inspired off-roader. The company asked Ferrari, Lamborghini, General Motors, Porsche, and a host of other automakers to "join us with their offerings, driving West from New York, amphibiously across the Bering Sea, down the Road of Bones, across the Trans Siberian Highway through Beijing, Moscow, St. Petersburg and then on to Paris for a nice dinner on us." 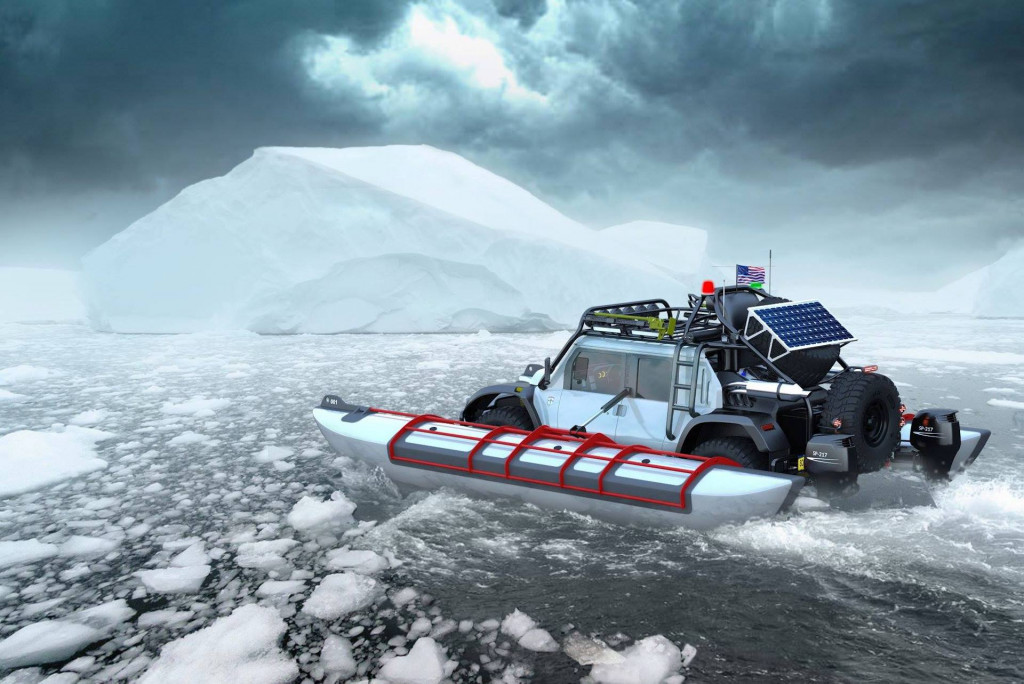 Glickenhaus previously showed CAD images of its rebooted Boot. The company's new Boot will be incredibly capable, and Glickenhaus himself said he wants to take the vehicle to the top of the 22,615-foot Ojos del Salado volcano in the Andes Mountains to prove its capability. That was before this invitation for the transcontinental journey. Clearly, SCG has big plans, and the company will even arrange for SCG owners to join it during various stages of the epic global journey.

If all goes according to plan, the Boot should be ready in 2019 and SCG will price the two-door version at $250,000 and the 4-door variant at $275,000. The company will also back any customers who wish to race their Boot alongside the SCG factory entry in the Baja 1000.

We'll be watching to see if anyone accepts SCG's invitation. The company wants to depart Times Square in New York City in summer 2020. We're hoping SCG makes that date and a few automakers rise to the challenge.

Note: This story has been updated to include pricing and SCG's offer to back customers who race their Boots in the Baja 100.