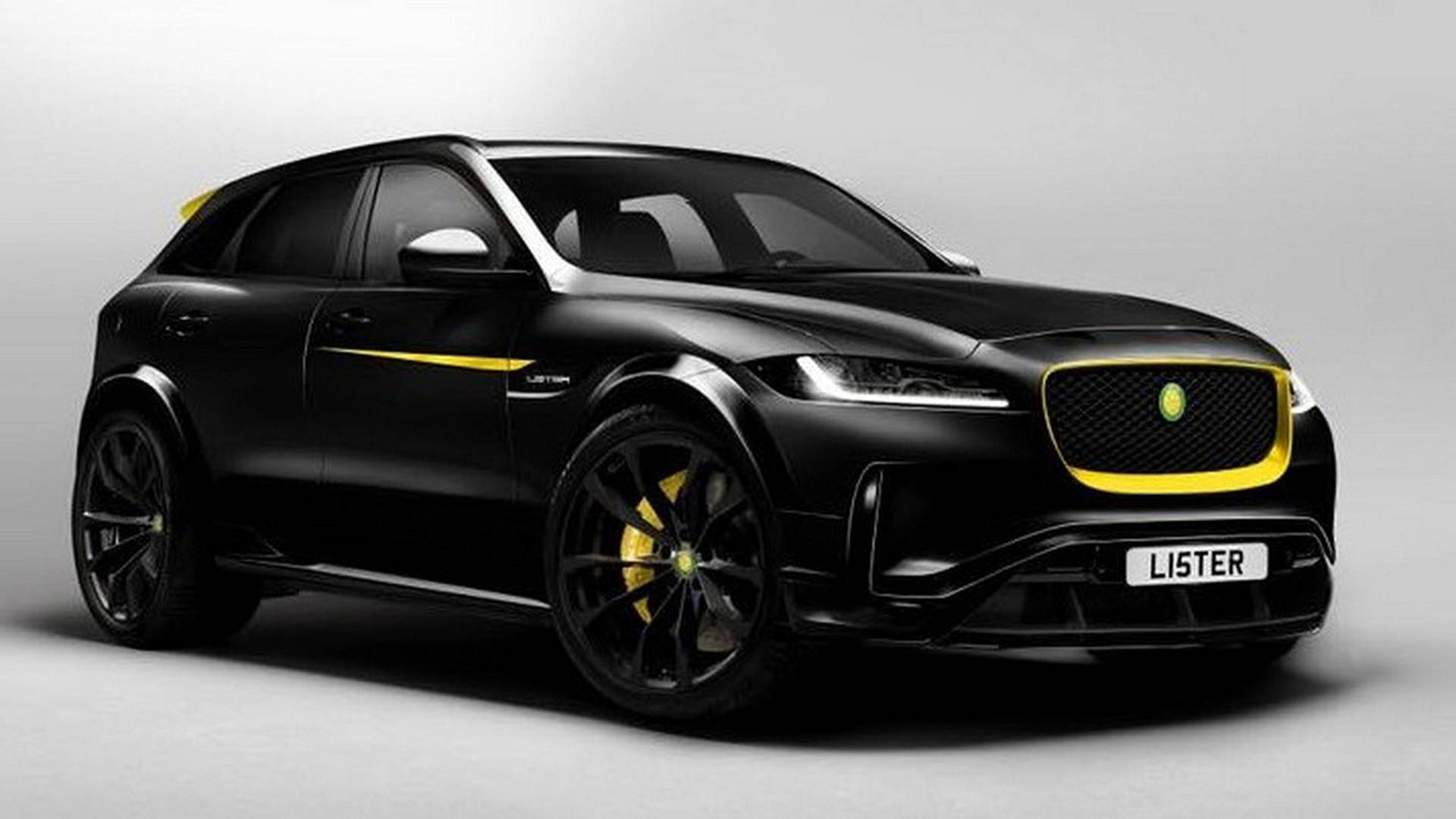 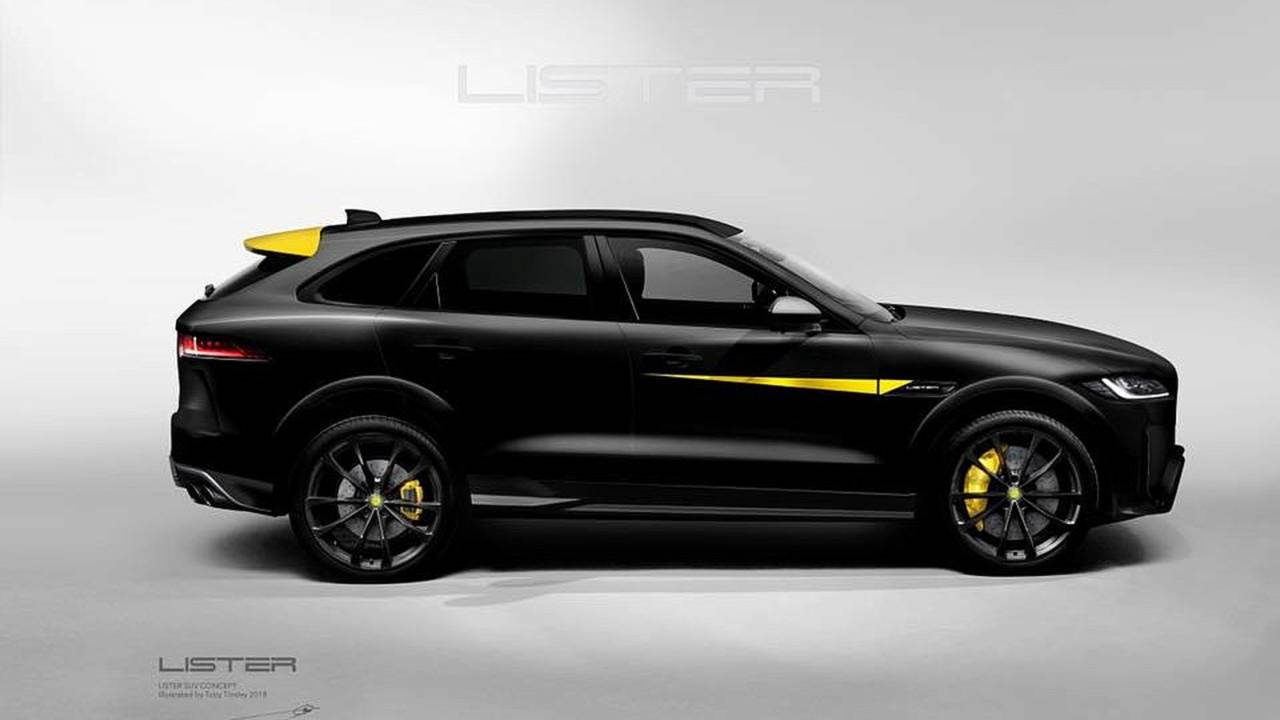 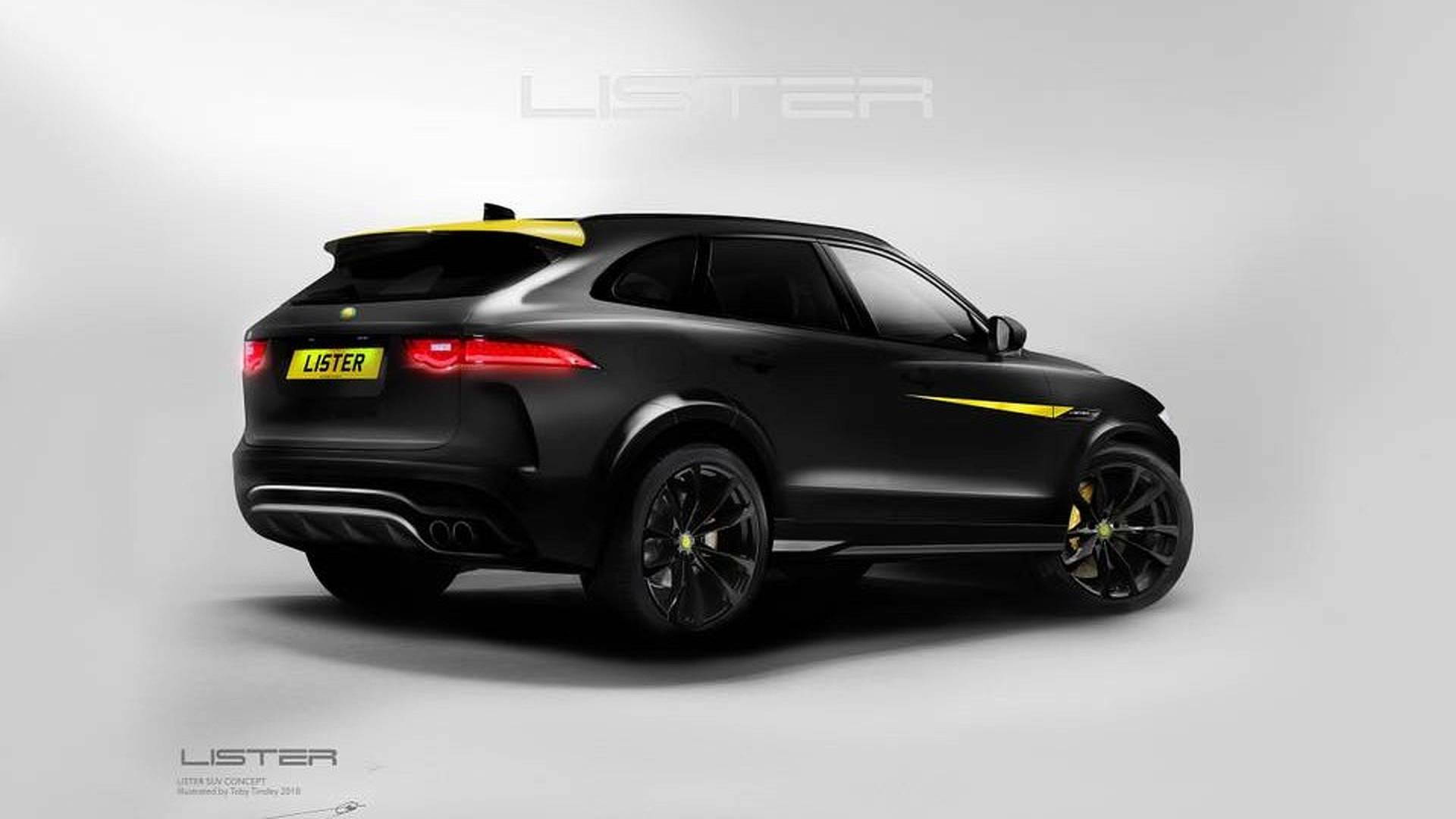 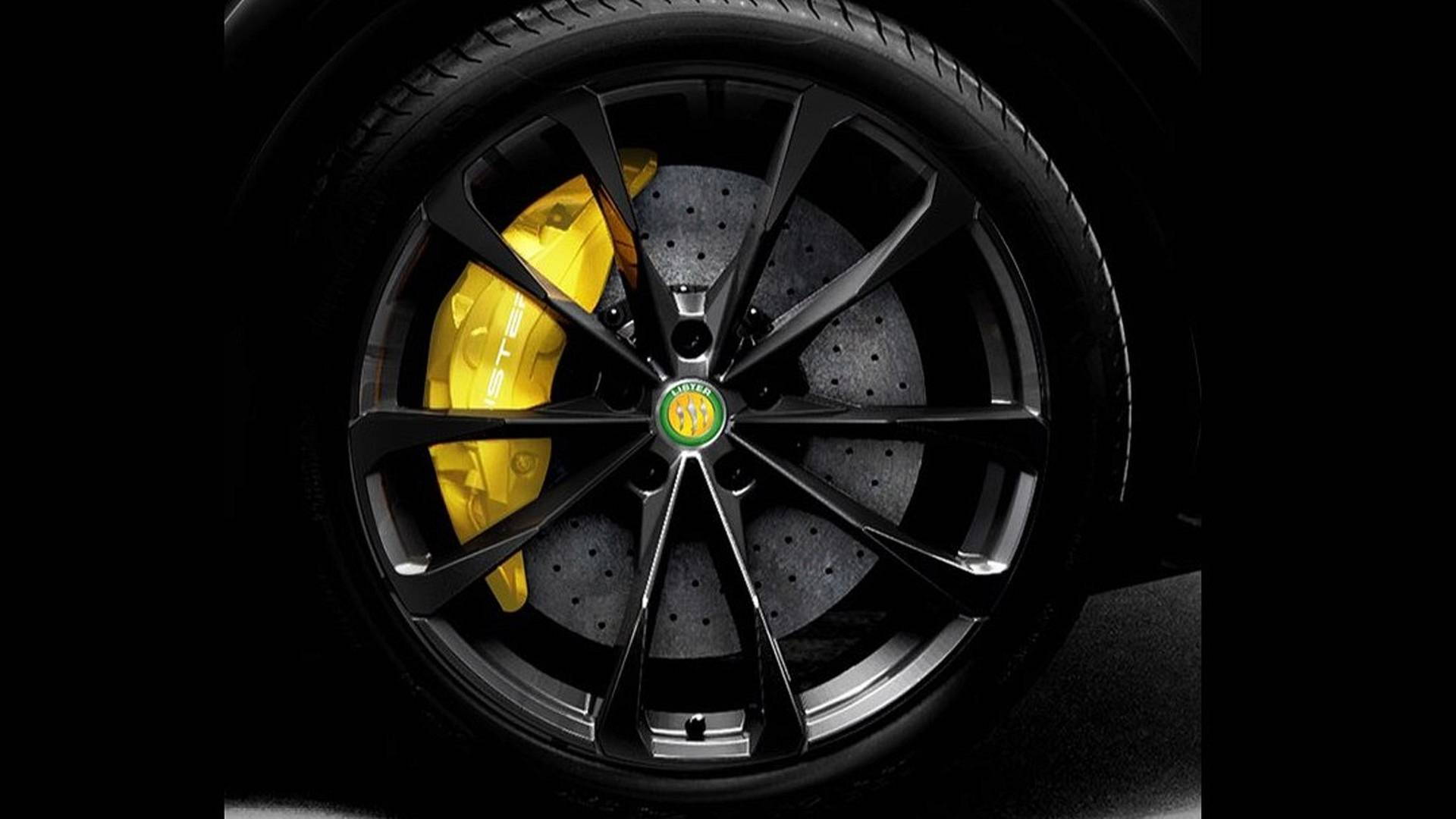 British sports car marque Lister is developing a tuned version of the Jaguar F-Pace. Previously labeled a Lightning, Lister has since confirmed the vehicle will go by the name LFP and sit alongside the F-Type-based LFT in the company's growing aresenal of tuned Jaguars.

Full details are yet to be released but we know the LFP will be based on the 2019 Jaguar F-Pace SVR unveiled at March's 2018 New York auto show, and according to Lister it will be the fastest SUV money can buy. The target to beat is the 190 mph of the Lamborghini Urus.

The first photos released Wednesday reveal a new front fascia with massive intakes flanked by aero curtains and joined by a lip spoiler. The photos also reveals the massive cross-drilled rotors that will be fitted to the SUV.

Under the hood will be Jaguar Land Rover's familiar 5.0-liter supercharged V-8, but with output dialed up from the F-Pace SVR's stock 550 horsepower to 670 horses. This makes only the 707-hp Jeep Grand Cherokee Trackhawk more powerful, as far as stock SUVs are concerned.

Lister says the LFP will sprint to 60 mph in 3.5 seconds and reach a top speed of 200 mph, all for a price tag of about $181,000. We'll have all the details soon as Lister says the LFP's reveal is coming up in the next few weeks.

Lister is looking to transform itself into the unofficial performance arm of Jaguar, similar to what Alpina is to BMW and AMG was to Mercedes-Benz before being brought in-house, so we will likely be treated with more Jaguars tuned by Lister in the coming years.

The good news is that Lister isn't giving up on its standalone models. The company is still churning out continuation versions of its famous Knobbly race car, and it has a supercar in the works to succeed its Storm supercar of the 1990s.

Developing the new supercar requires a lot of funds, which is why Lister has turned to tuning Jaguars in the meantime. There is also the historical connection as Lister's past cars have typically run Jaguar powertrains, including the Storm which featured a 7.0-liter V-12 from Jaguar's XJR-9 prototype race car. Lister's previous owner also tuned Jaguars, specifically the XJS.