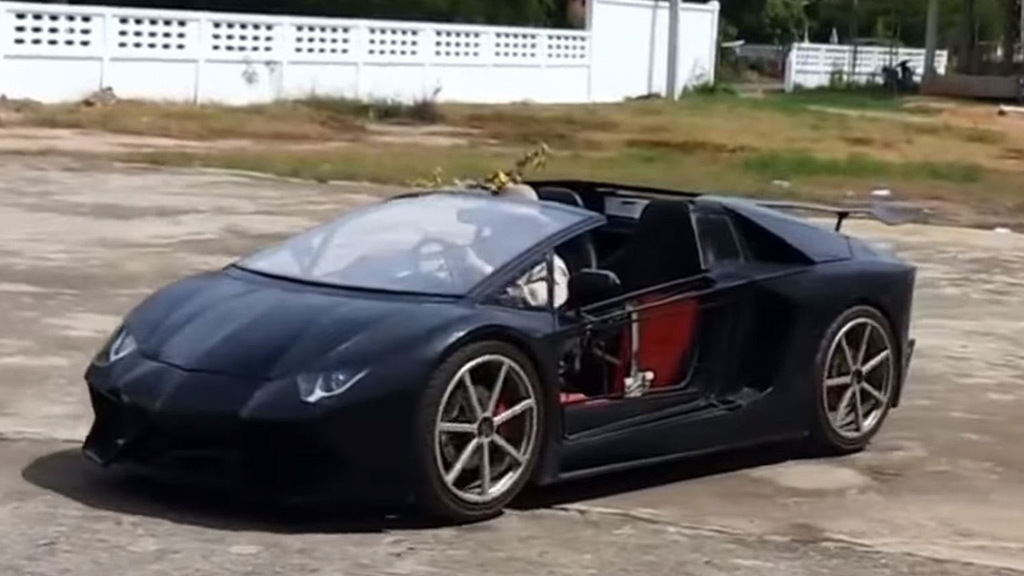 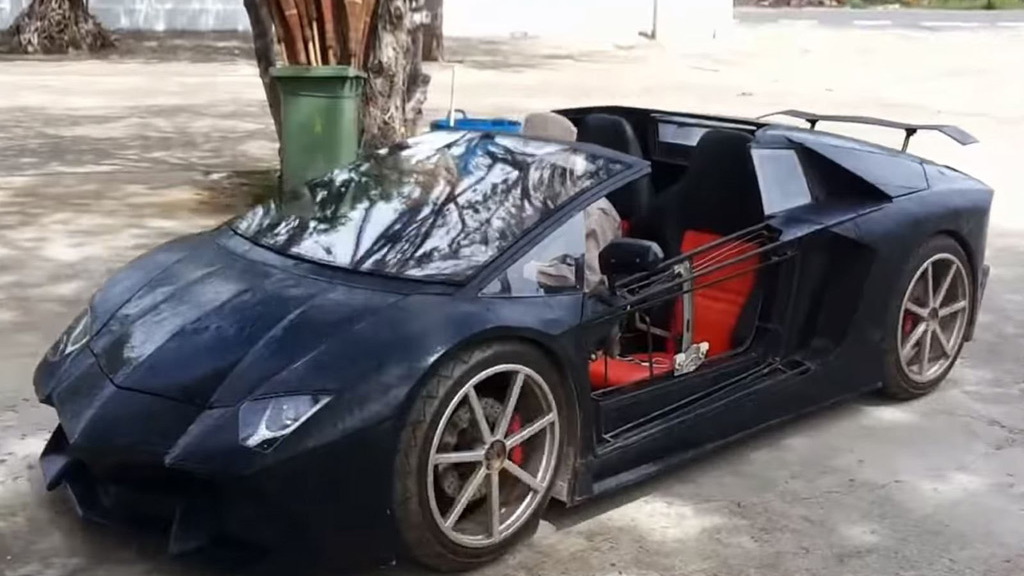 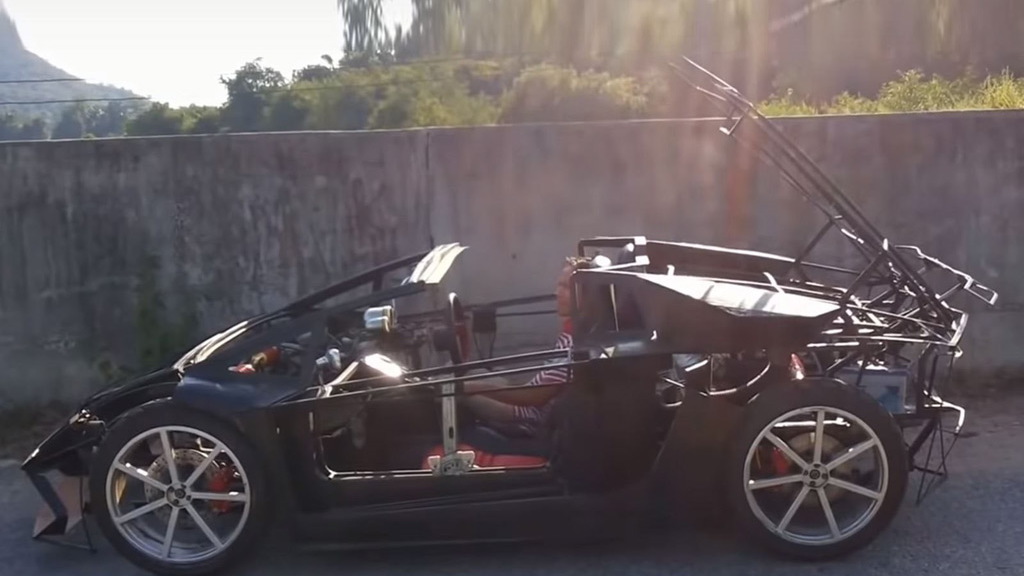 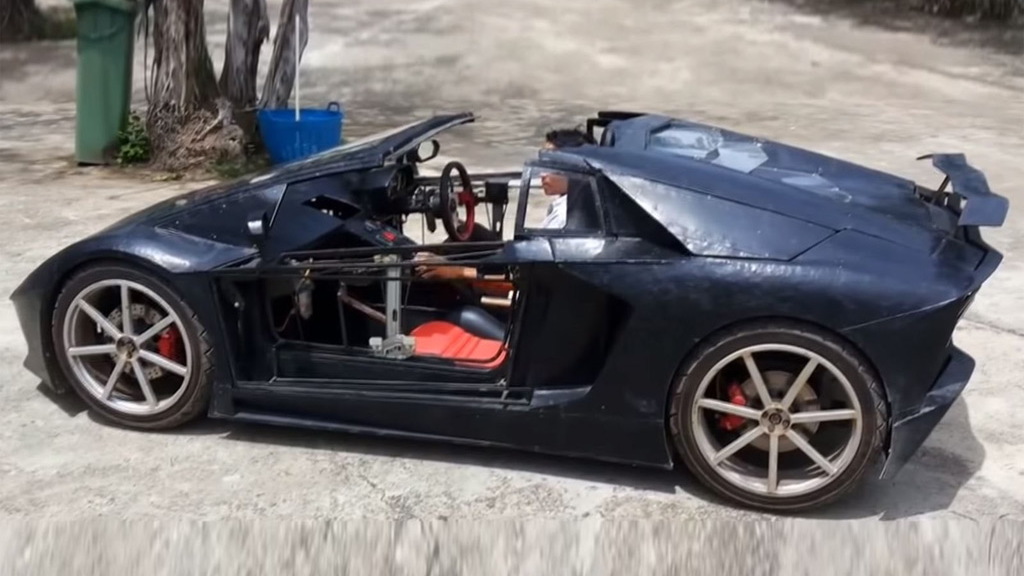 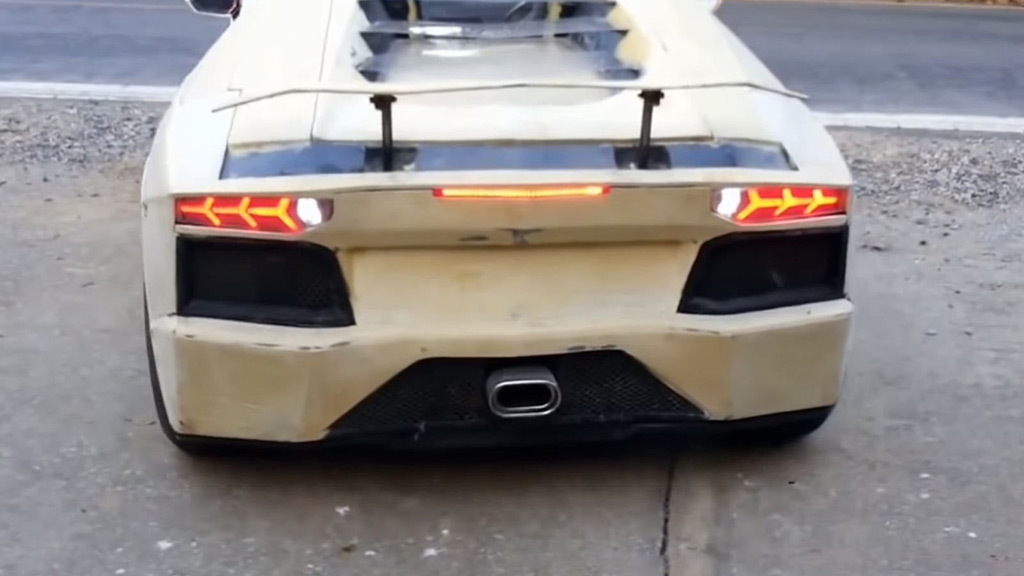 Many of you have Lamborghini-sized dreams when it comes to the sort of vehicles you'd like to put in your garage. But having a Lamborghini budget is a different matter.

For one enterprising individual it doesn't matter because he can build his own dream lineup of cars. In fact, he's created a Lamborghini Aventador of his own, and it comes complete with a working retractable hardtop roof, adjustable spoiler, and motorcycle power out back.

Okay, so it's only a replica. And the scale is completely off, but the lines tell you that you're looking at one person's version of a Lamborghini Aventador. This one features a power-stowing top that reveals a targa-like driving sensation. Additionally, the rear spoiler moves up and down just like the full-size high-dollar version of the car from Italy.

What's a bit different is the method of providing propulsion. Lamborghini fits its Aventador Roadster with a 6.5-liter V-12 engine that cranks out 691 horsepower. The replica seen here moves forward by way of a motorcycle engine. Interestingly, it has a reverse gear that you don't always find on cars with motorcycle engine swaps. It's also rather fascinating to find that the builder has opted to set up the rear suspension in a similar manner as the setup found on the real deal. It looks like the rear suspension is fitted in an in-board fashion.

Unfortunately, a video of the car has been pulled from YouTube, but in it with learned that the flashers work, the headlights and taillights work, and the scissor doors go up and down properly. It's a fun replica that could provide some laughter when the owner fires up that tiny motorcycle engine. Especially if he drives the car in a neighborhood where there might actually be some genuine Aventadors.