Chevrolet has created one raucous machine with its 2018 Camaro ZL1 1LE. This is a world-beater of a car. A highly capable, massively powerful Camaro that looks the business and shouts its V-8 noise for all to hear.

Few cars can compete with the Camaro ZL1 1LE. Chevy knows this, so it reached deep into the idea well for an end-of-year comparison. Chevrolet has decided to see how the Camaro ZL1 1LE stacks up against the sleigh that Santa Claus uses to bring joy and presents to girls and boys around the world once per year. That comparison is below. 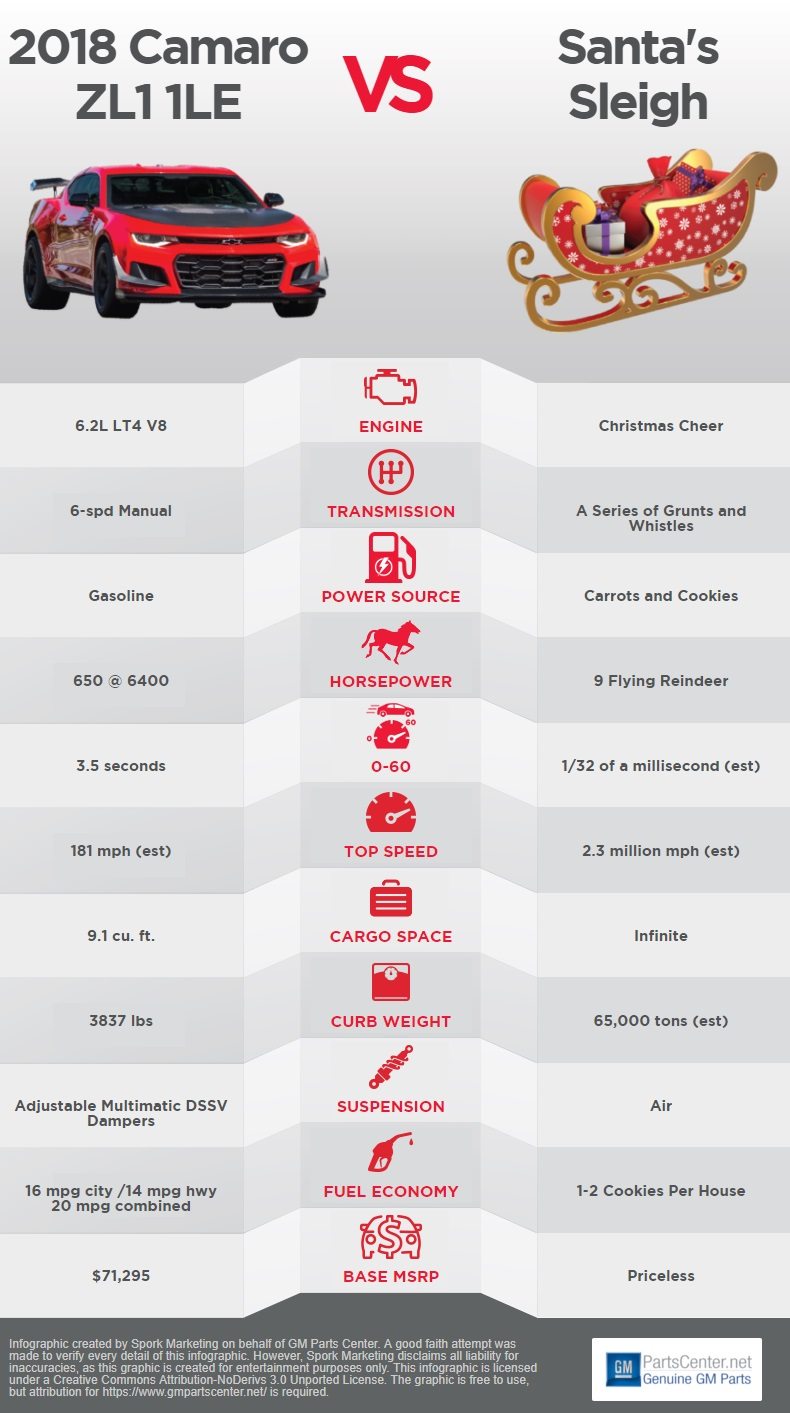 Sure, the Scrooges and Grinches of the world will be quick to sneer at this fictional comparison. Maybe for a moment, though, they can sit back and allow holiday cheer to enter their hearts, which are currently three sizes too small.

On one side of the spec sheet, we have the Camaro. It comes to the fight packing a supercharged 6.2-liter V-8 that churns out 650 horsepower. That's enough to push the 3800-pound coupe from 0-60 mph in just 3.5 seconds. Santa's sleigh, meanwhile, doesn't work on horsepower. It prefers reindeer power. The old model used to run on eight reindeer, but the modern sleigh works with the upgraded system of nine thanks to the addition of Rudolph. When those hoofed wonders work together, they move Santa's sleigh on to a top speed of more 2 million mph, according to GM.

No wonder the names Donder and Blitzen originally came from Dutch names meaning Thunder and Lightning. Looks like Santa wins this round.