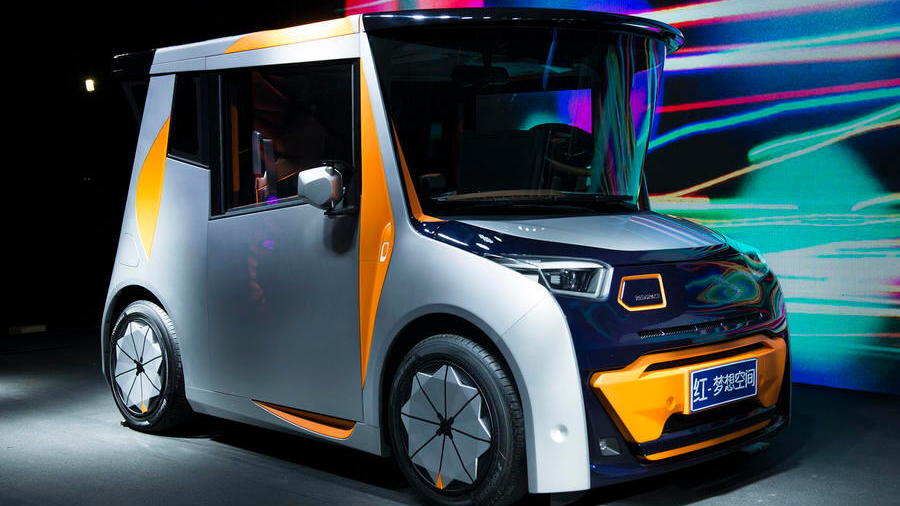 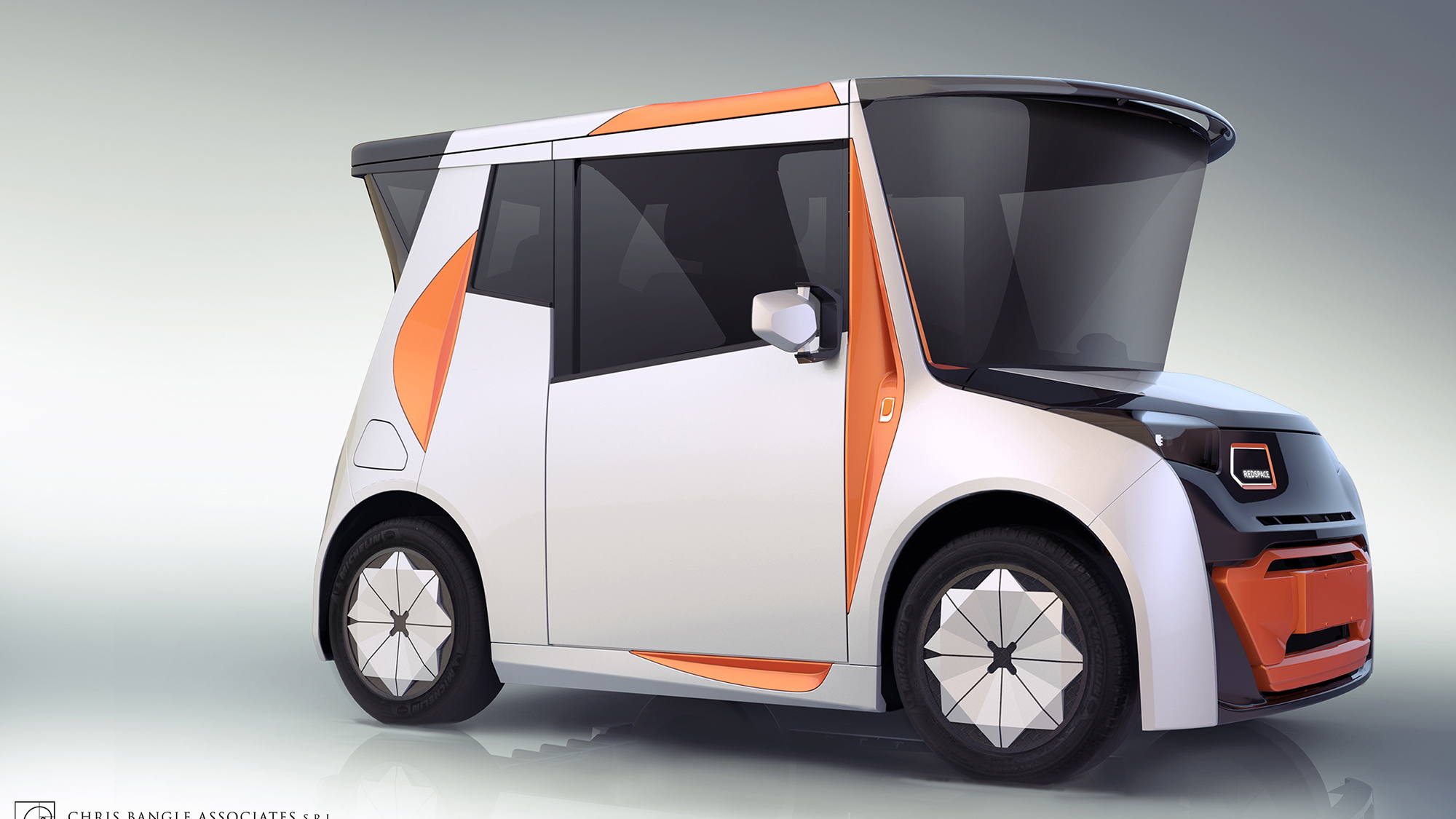 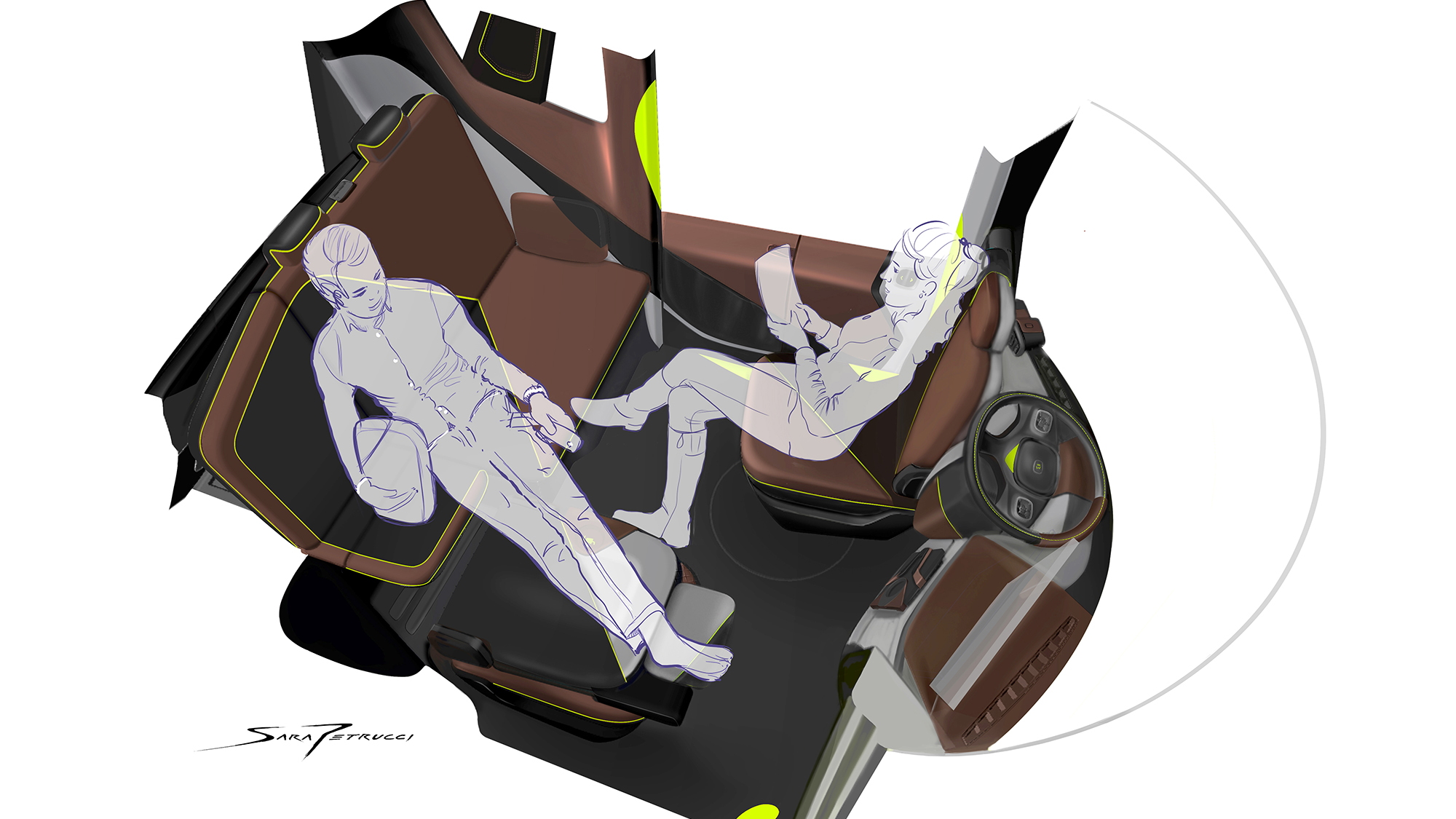 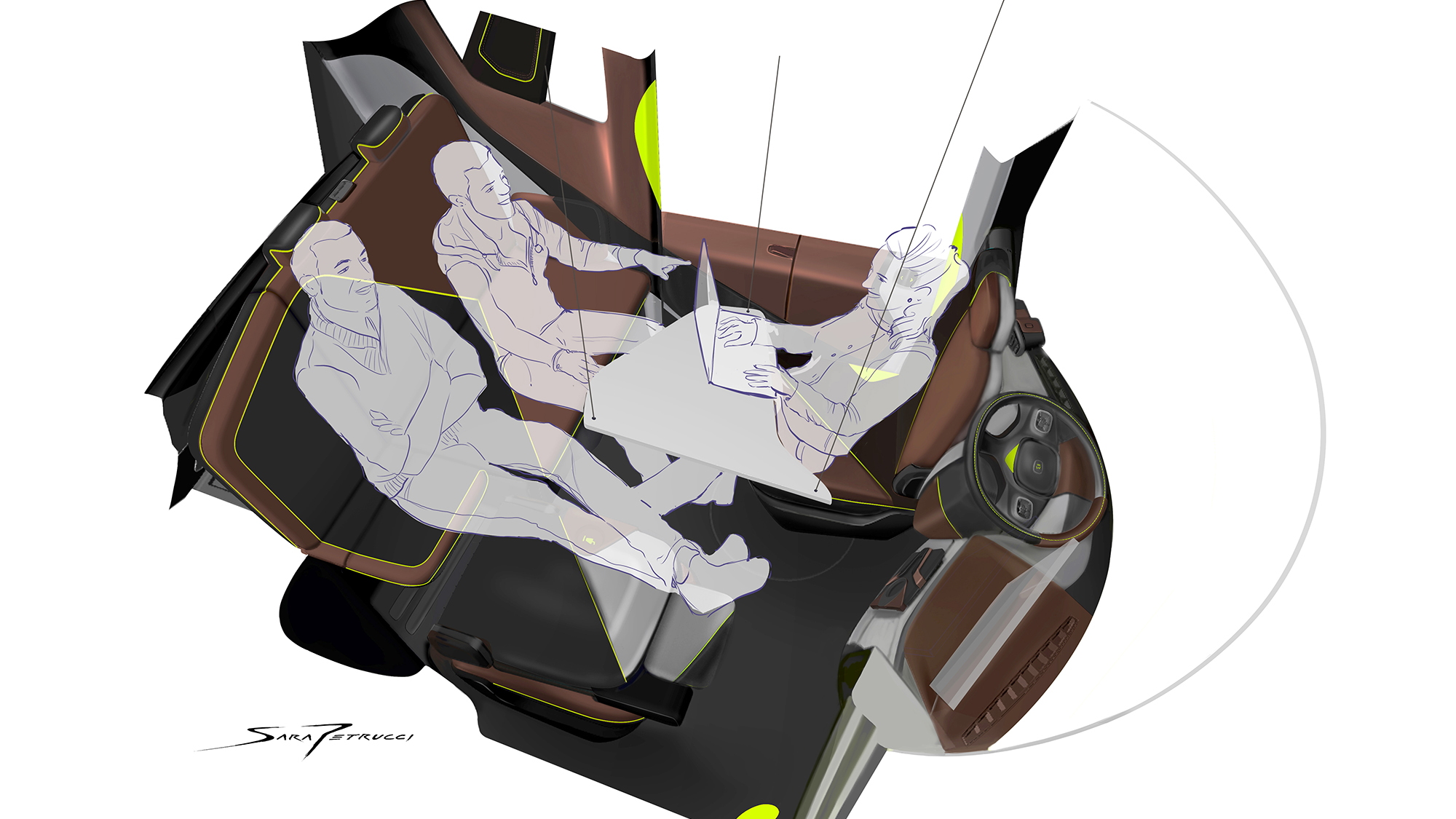 The company is called Redspace, and the vehicle shown here is its new electric city car.

The design is certainly...different, which starts to make sense when you discover that ex-BMW head designer Chris Bangle is responsible for it. Yes, we're pretty sure it's going to leave onlookers split in their opinions.

At first glance it doesn't make sense, but the more you peer at the mix of straight lines and curved panels, it actually begins to become somewhat appealing.

Bangle designed the car for the Chinese market through his consulting firm, and the plan is for Chinese commercial truck builder CHTC Group to build it. The car made its American debut on Thursday at the 2017 Los Angeles Auto Show.

The goal of the Redspace is to provide usable space for both when it's on the move and when it's stopped. What appears, on the outside, to be an oddball concept postal carrier truck is actually a bit of clever packaging that reveals itself once the doors are open. Despite an overall length a bit shorter than that of the original Mini, it has enough room inside for four passengers to sit in comfort while on the move. A fifth person can join the party when the vehicle is stopped, which is an odd concession to make. (I once fit eight people in a 1987 Honda Prelude. That doesn't mean it was a good idea, but college is a weird time.)

Bangle and Redspace insist this electric city car is capable of out-accelerating the competition from 0-31 mph. We're not sure what the competition is at this point, but BMW i3 owners won't be glancing over to give Redspace drivers the thumbs up for stoplight-to-stoplight dashes. No EV driving range has been given, but the solar roof suggests a bit more electricity can be captured from the sun.

Regardless, this machine could be a smart vehicle when viewed in its intended environment: a Chinese mega city. There, it would run silently and cleanly while also offering a bit of personal space for the owner and friends whether it's on the move or not. The rear bench seat works for everything from a sofa to a baby-changing station, and the front seat features a massive 17-inch infotainment screen and a driver's seat that pivots to face the rear.

The Redspace certainly has an odd design. It's one that could, however, appeal to young car buyers in crowded urban environments looking to clean up the air around them.