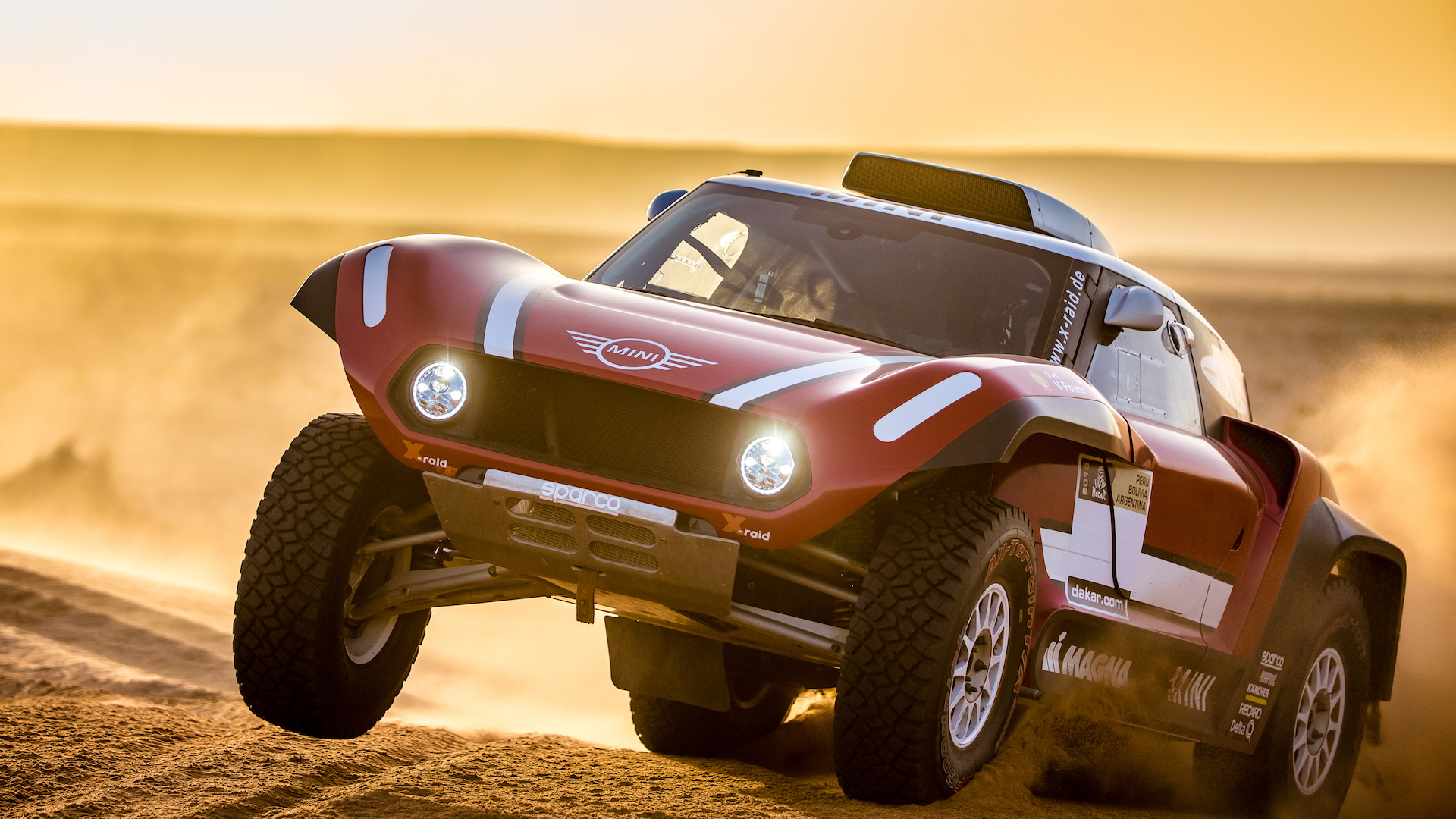 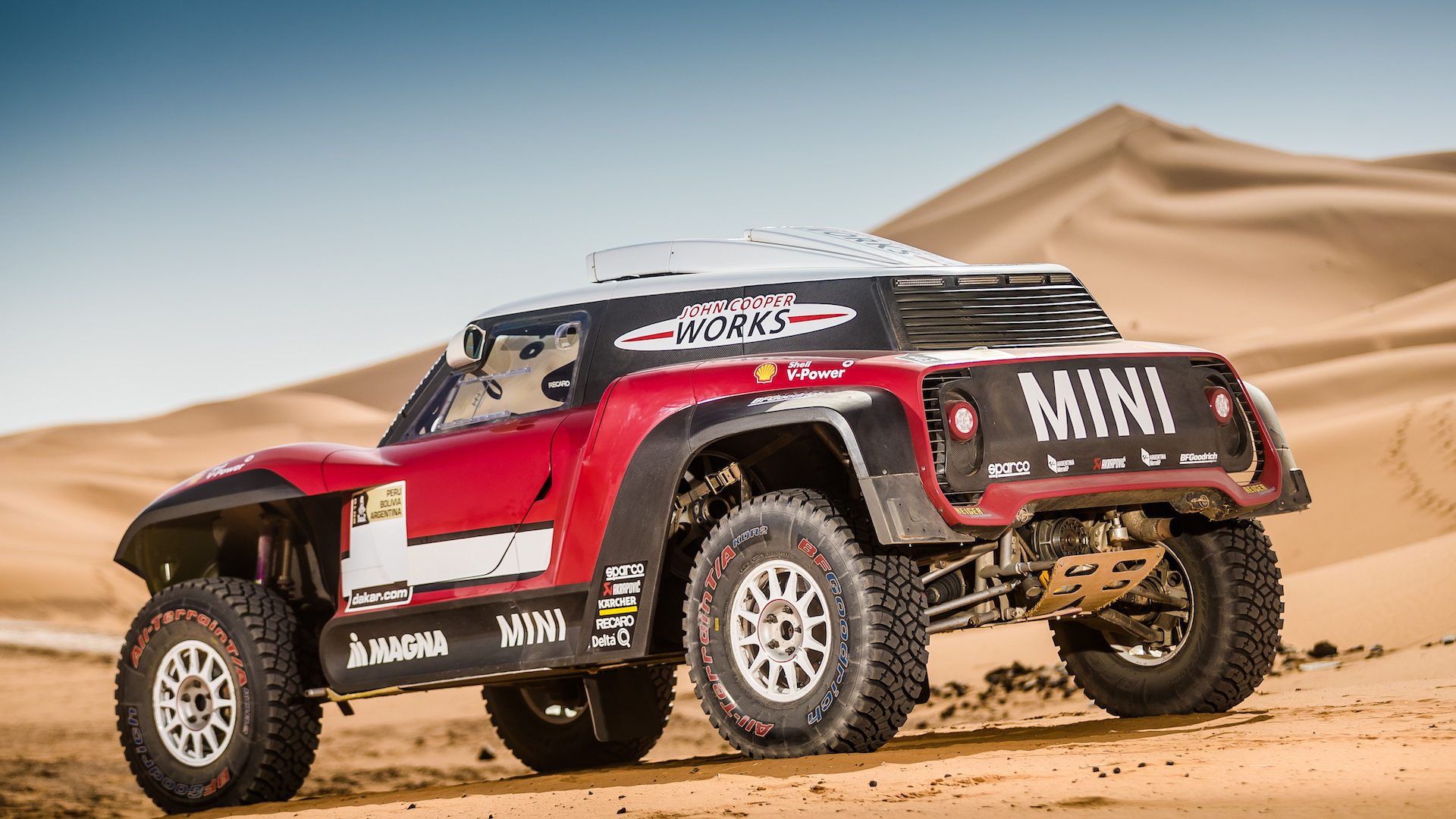 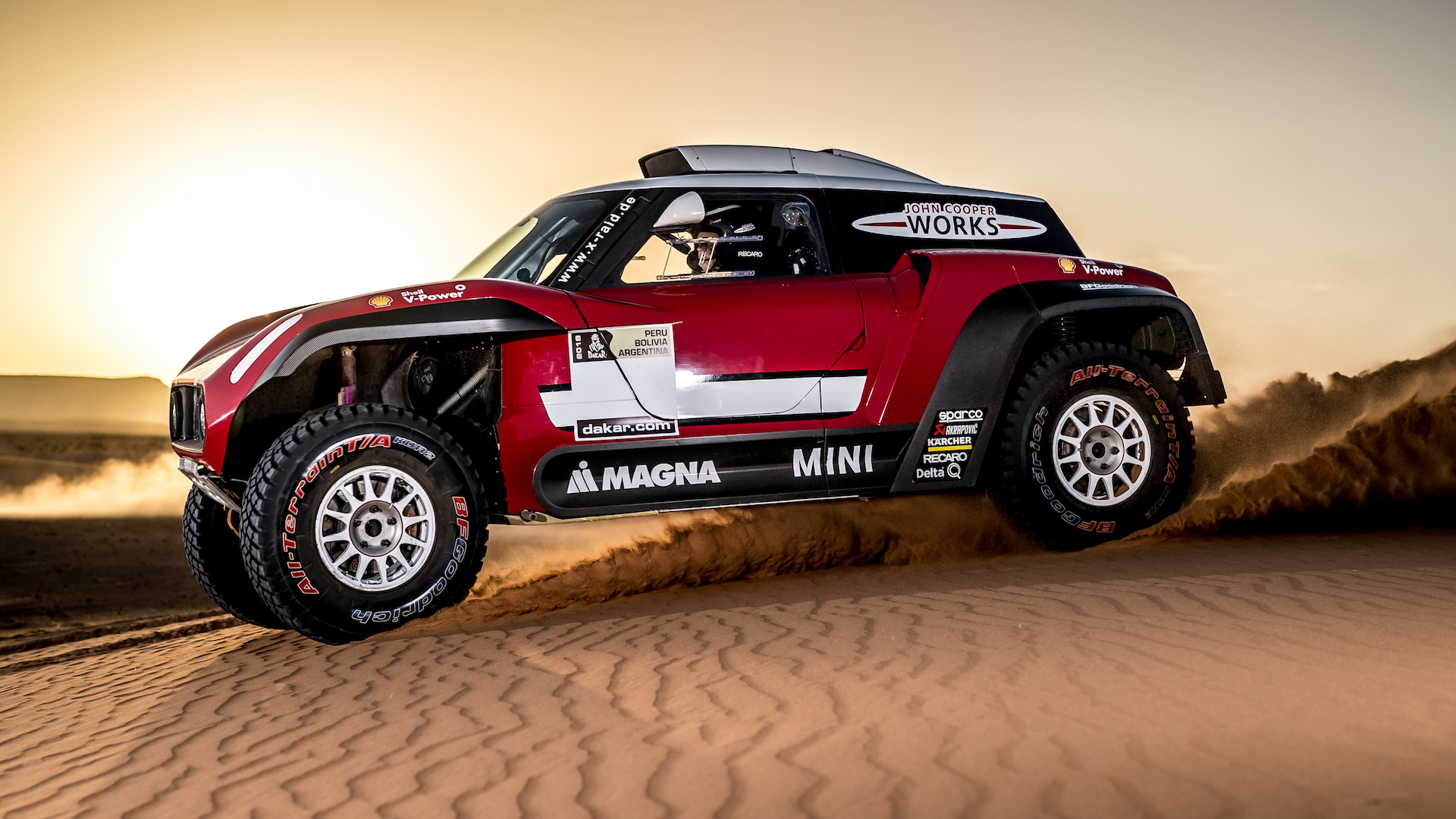 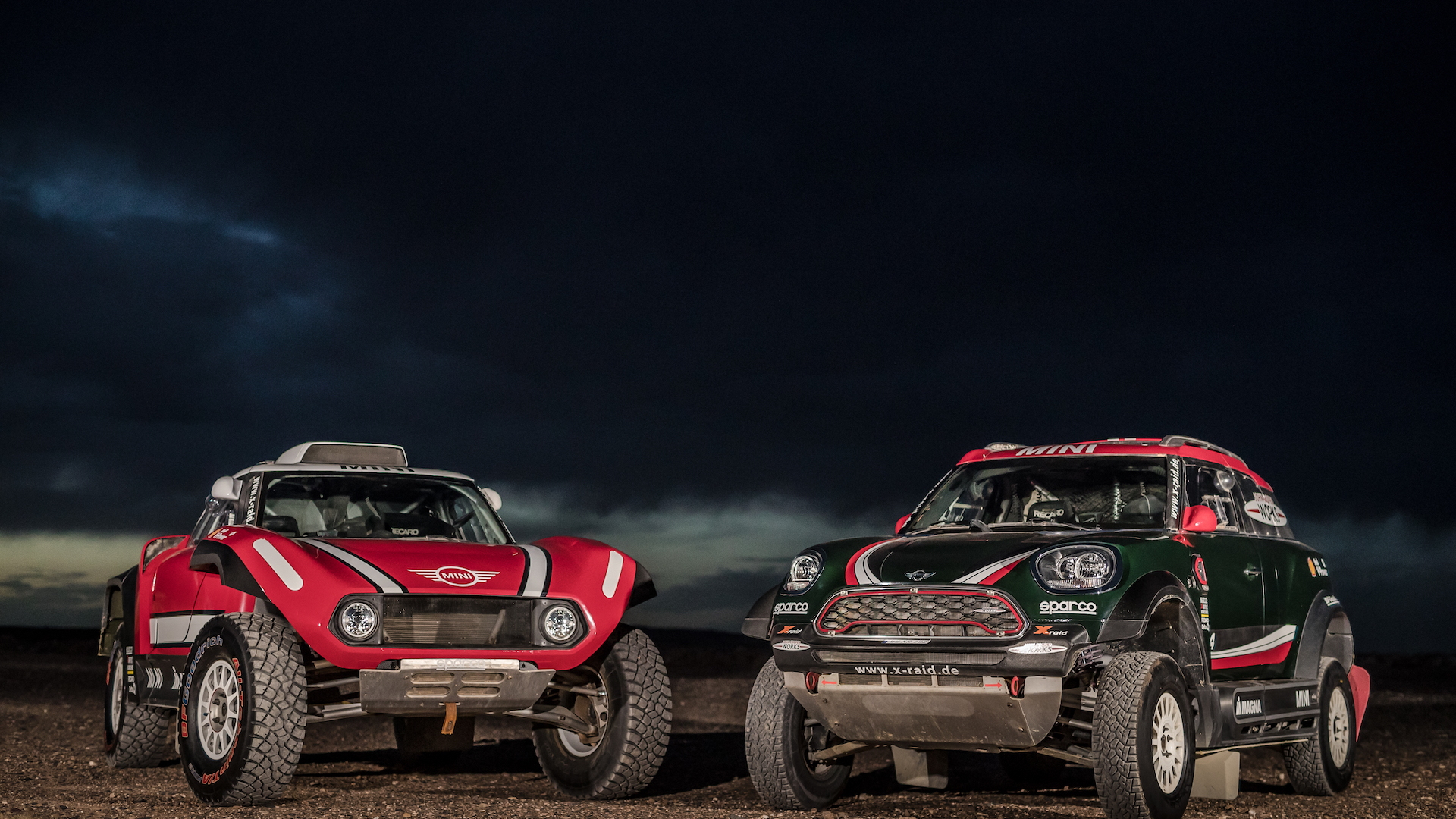 Mini and the X-Raid Team will head to the 2018 Dakar Rally with not one, but two rally racers. The Mini John Cooper Works Rally will return, but the all-new John Cooper Works Buggy also will tear up the terrain.

Mini revealed the Buggy rally racer Tuesday and noted its rear-wheel-drive layout. While the Mini JCW Rally features an all-wheel-drive layout, Dakar Rally rules give two-wheel driven cars certain advantages. Thus, the Buggy was born. Work began on the JCW Buggy in February 2017 and the race car boasts a specially designed tubular steel frame with carbon fiber-reinforced plastic and Kevlar stretched over the frame itself. A 3.0-liter inline-6 diesel engine provides 340 horsepower and 590 pound-feet of torque.

Engineers and developers worked hard to help the Buggy cope with Dakar's extreme conditions and took the Buggy to Hungary and Morocco to dry-run for the grueling race Dakar. Mini said the JCW Buggy never stopped.

The all-wheel-drive version still has gusto, according to the team, but Mini says they're covering their bases by running two very different racing machines.

The 2018 Dakar Rally will be the 40th running of the long-distance rally event and Mini and X-Raid will run seven cars. Each driver and co-pilot will tackle trails as the rally pits them against South America's desert stages, complete with rock and boulder fields. The first stage kicks off on January 6 and the final stage is slated for January 20.