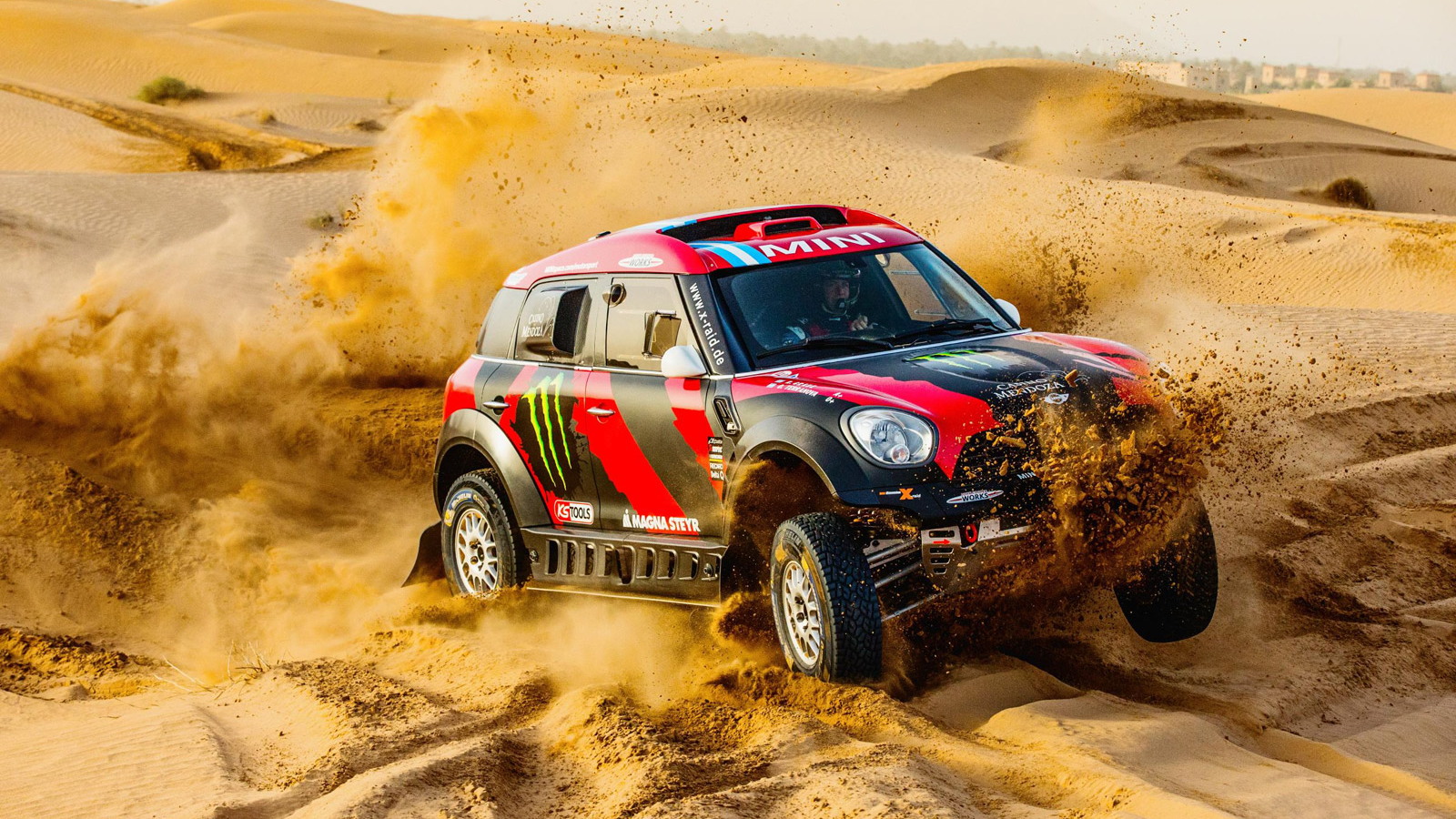 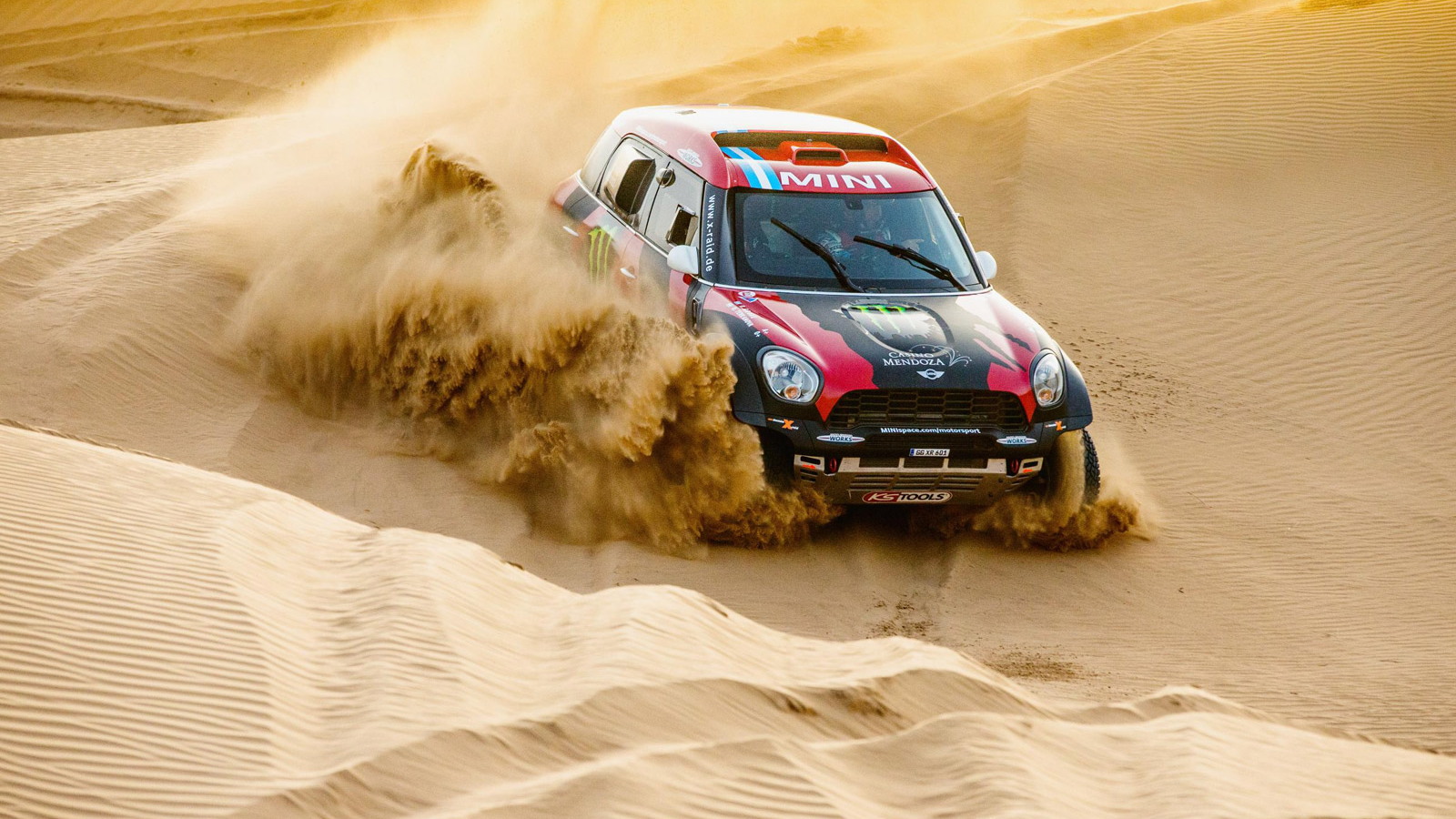 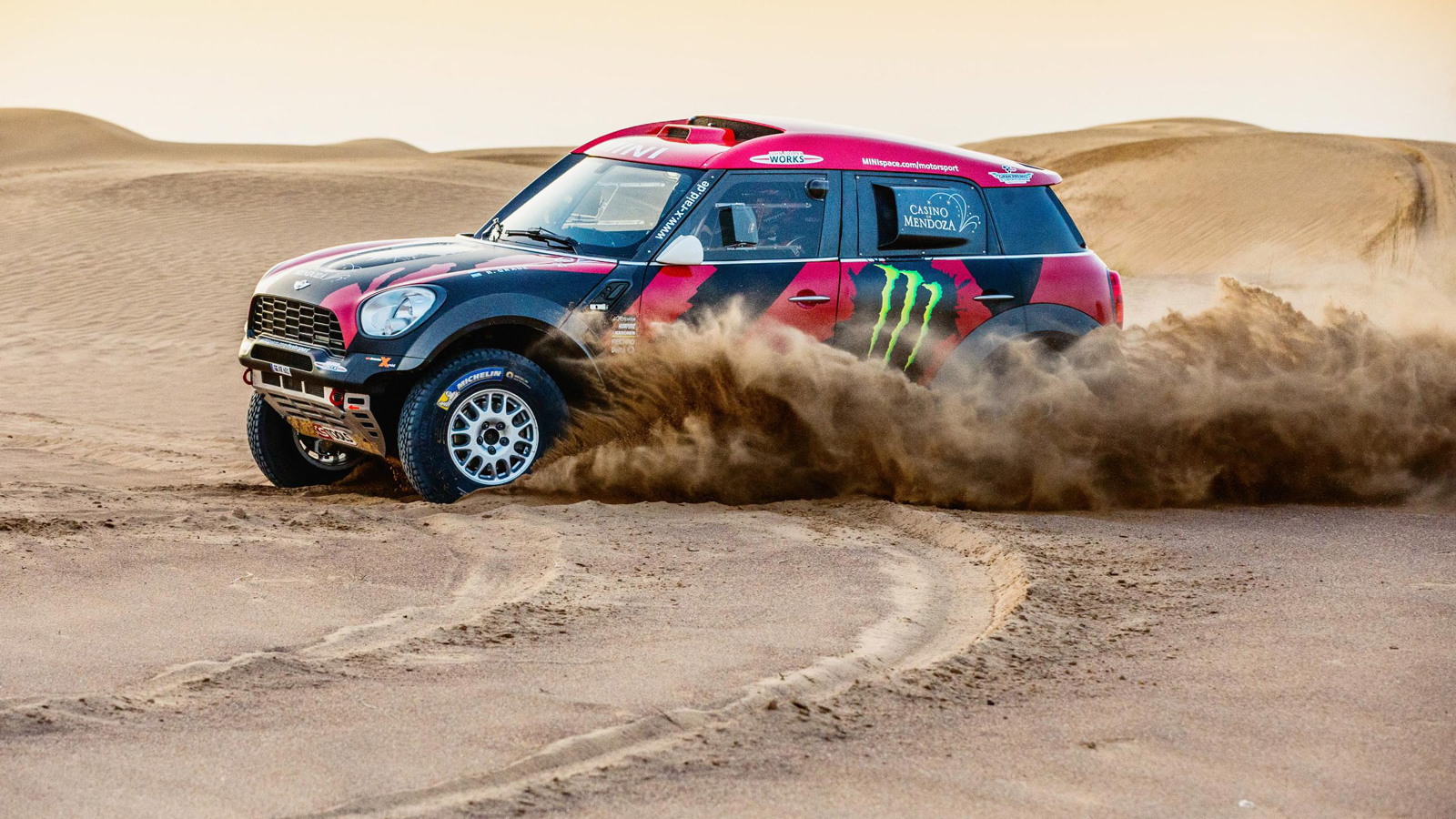 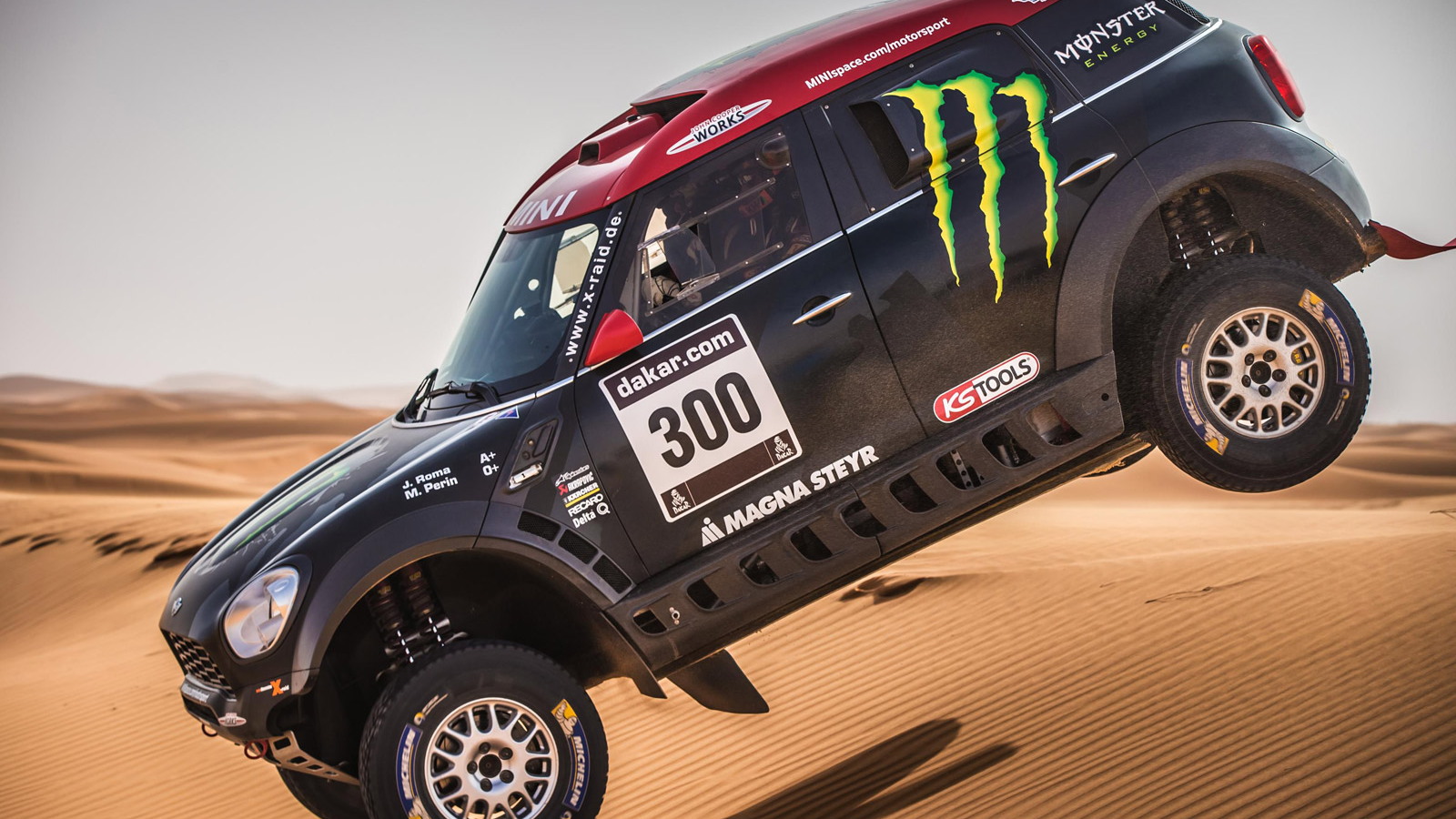 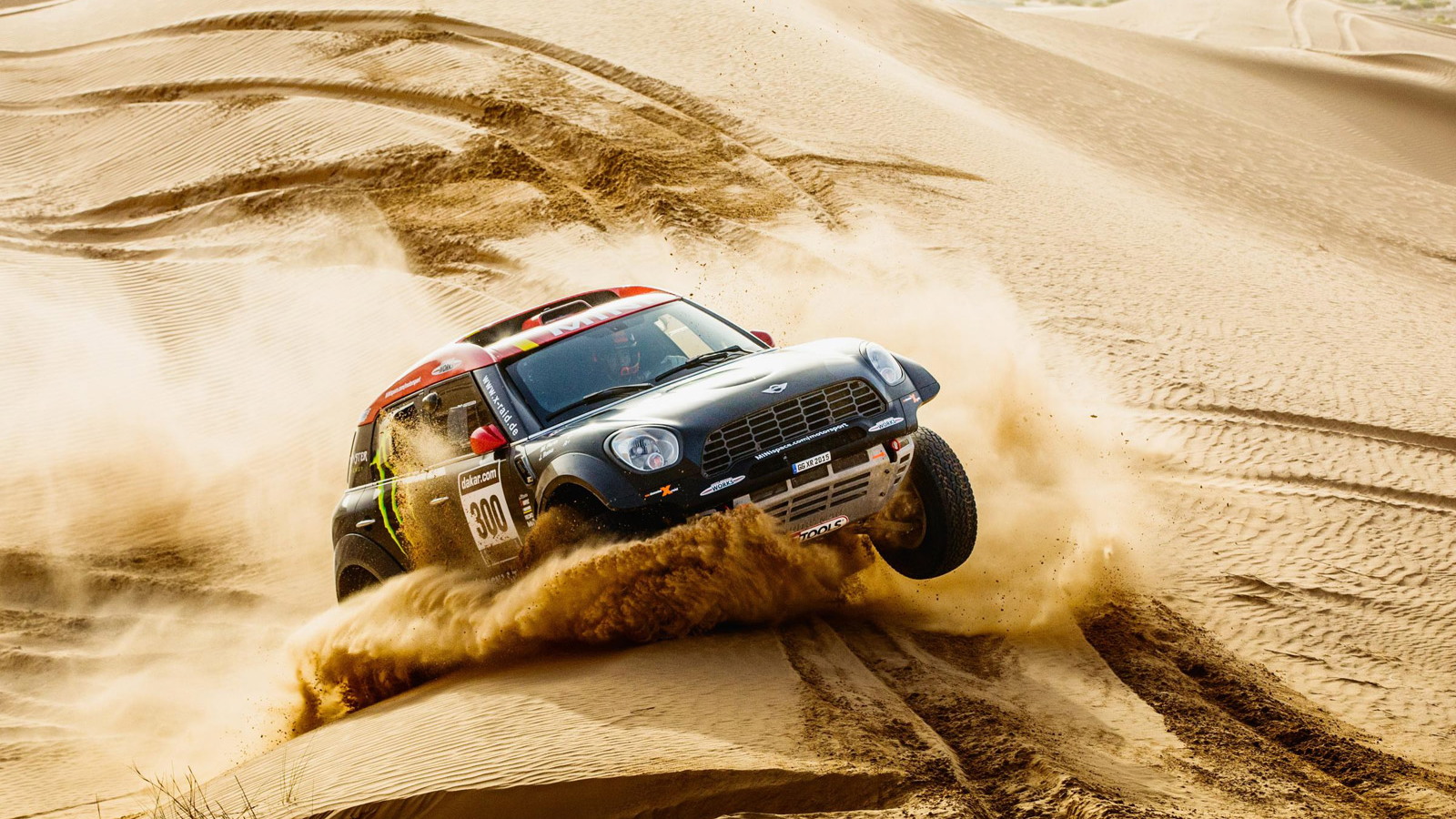 The 2015 Dakar Rally is coming up and in the lead up MINI has announced that eight of its custom-built ALL4 Racings will take part. MINI, together with its partner in the Dakar Rally, German motorsport and engineering firm X-raid, will be aiming to defend its title, which last year was won by Spanish pilot Joan ‘Nani’ Roma.

The MINI All4 Racing resembles the MINI Cooper Countryman but the vehicle is actually built around a bespoke chassis and powered by a diesel engine developed by BMW Motorsport. The engine is a turbocharged 3.0-liter diesel delivering 310 horsepower and 516 pound-feet of torque.

It will have some tough competition this year from French automaker Peugeot, which has developed a new 2008 DKR for the event. This rally machine also packs a 3.0-liter diesel mill but has as much as 340 hp and 590 lb-ft on tap.

The 2015 Dakar Rally will run from January 3-17. It’s once again set to take place in South America instead of the rally’s traditional home of North Africa due to safety concerns. The route this year will take teams across three countries (Argentina, Bolivia and Chile), covering close to 6,000 miles on some of the world’s toughest terrain.

The 2015 Dakar Rally promises to be the most demanding edition since the rally moved to South America in 2009. Competitors will face merciless gravel sections, steep mountain terrain, sweltering desert heat and tricky soft dunes where there is often unforeseeable obstacles.