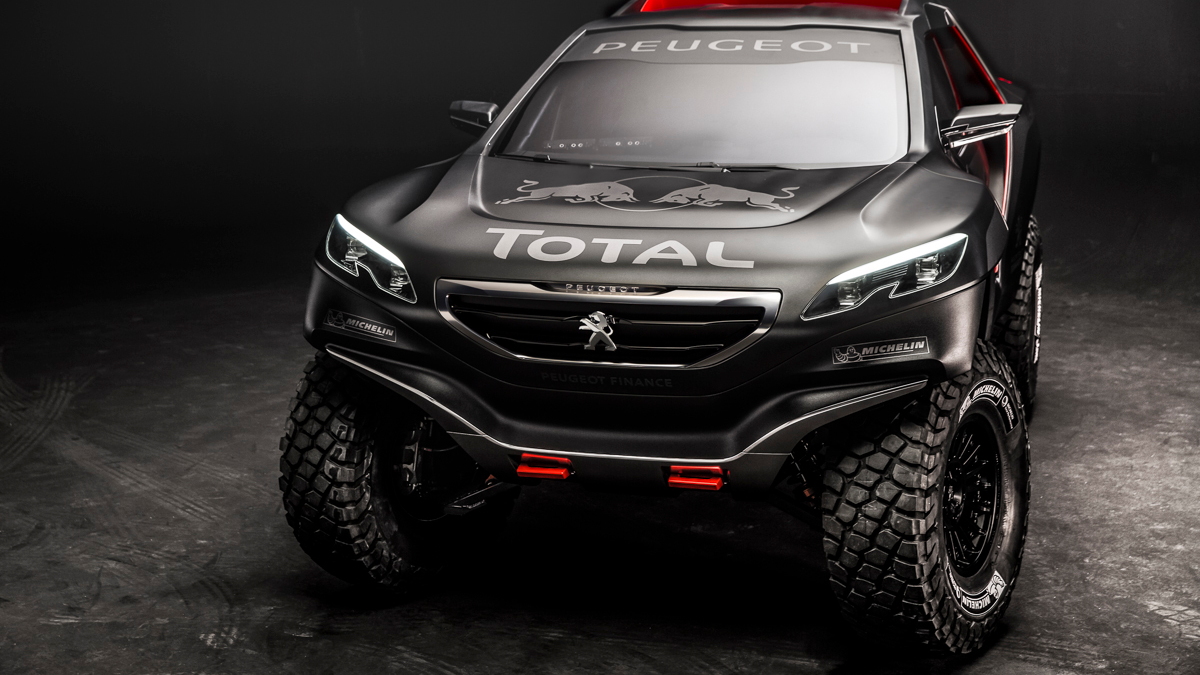 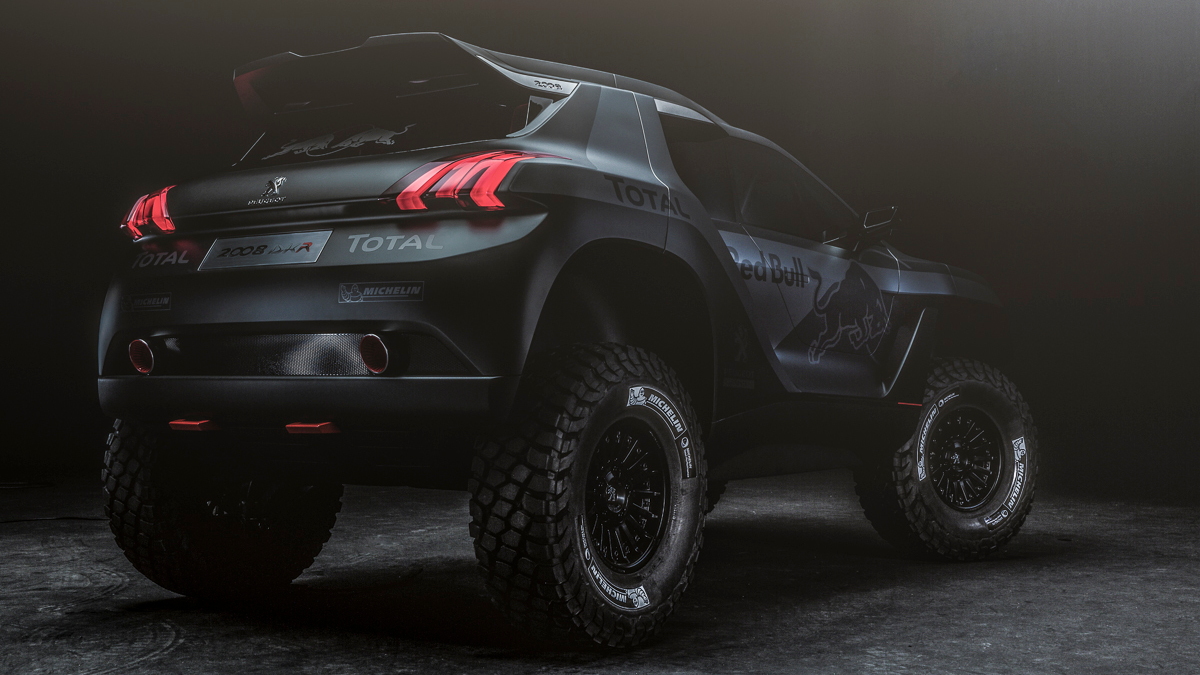 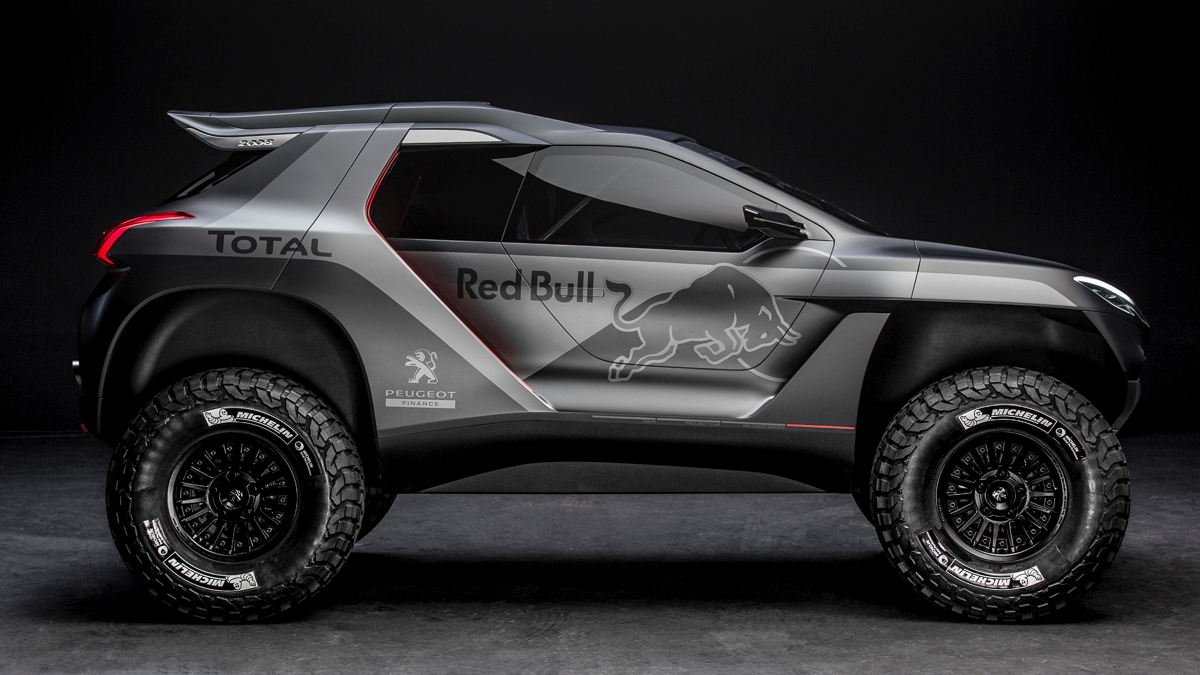 3
photos
French automaker PSA Peugeot Citroen might have been in the sales doldrums for the last few years, but its success in the field of motorsport is anything but disappointing. Peugeot hopes to continue that success with the 2008 DKR—a hardcore off-road racer based on the 2008 subcompact crossover that has been designed to do one thing: Win next year's grueling Dakar Rally.

In the best tradition of Peugeot's previous Dakar challengers, the 2008 DKR carries the name of a much humbler production model. That's about where the similarities with Peugeot's Juke-sized production crossover ends though, as the car's final specification reveals. Where the road car uses a range of compact gasoline and diesel four-cylinders to drive the front wheels, the DKR slots a 3.0-liter V-6 bi-turbo diesel behind the driver. Producing 340 horsepower and 590 pound-feet of torque, the mid-mounted unit then drives the rear-wheels, an unusual departure from the all-wheel drive Dakar norm.

Peugeot says this is to take advantage of fewer weight restrictions than four-wheel-driven vehicles need to meet. Two-wheel-drive cars are also allowed larger wheels and tires to ride the sand and dirt; as such, the 2008 DKR wears 17-inch wheels with 37-inch tires, and there's a full 18 inches of suspension travel. The DKR's exterior features are only vaguely related to that of the road car, but using the 2008's silhouette also has advantages. The small size should allow the Peugeot to sneak through tricky sections that larger cars might struggle with.