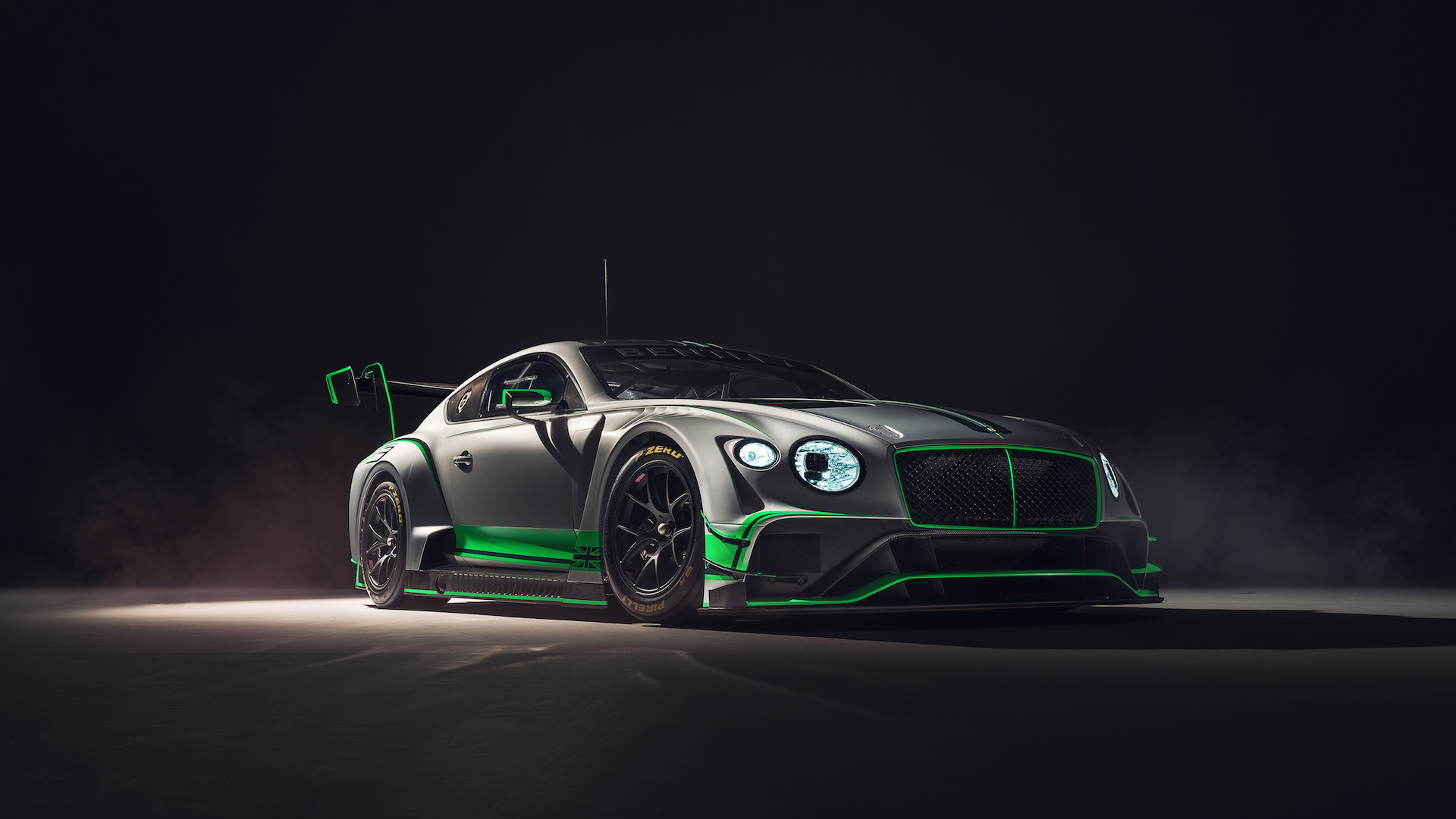 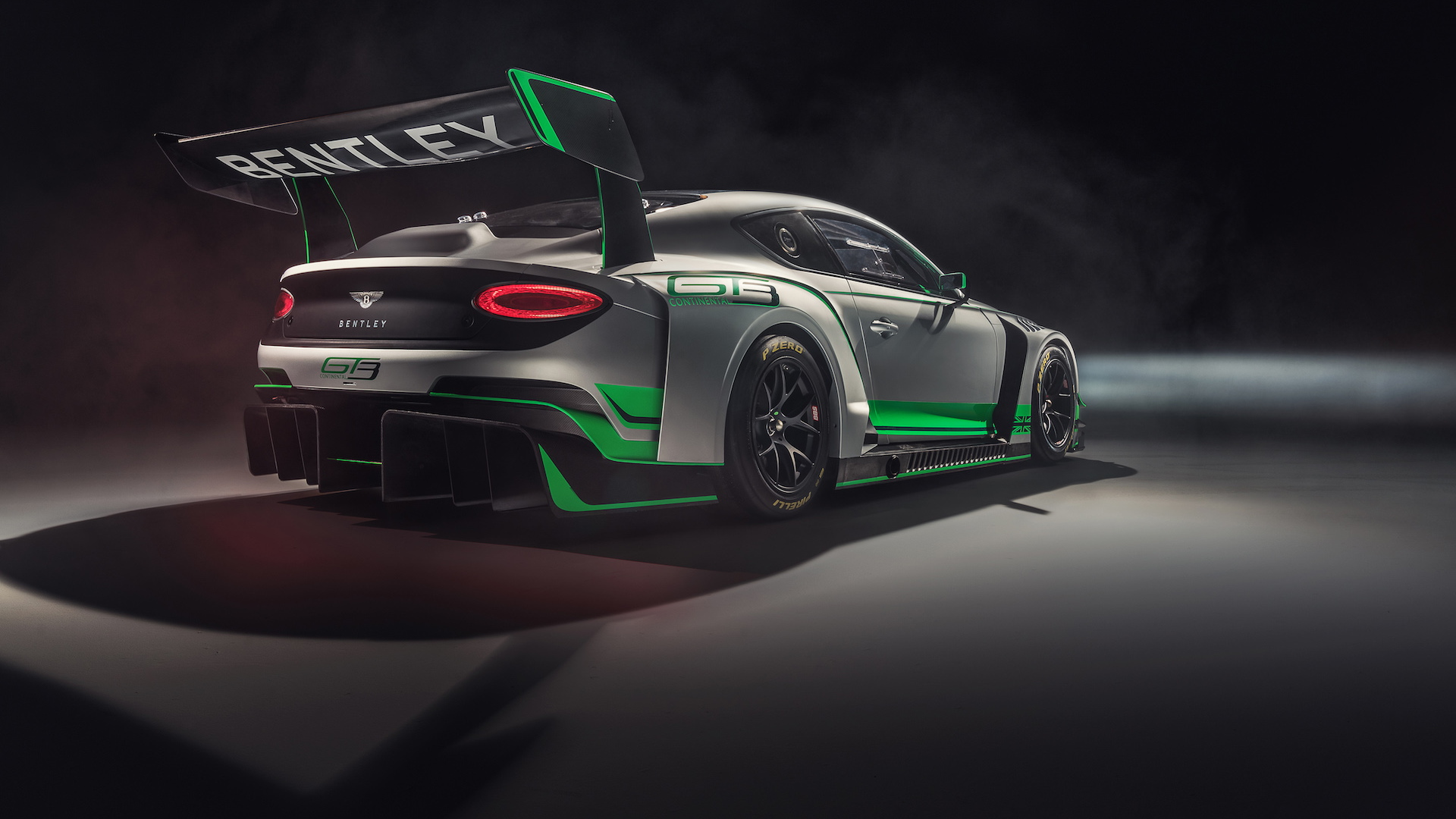 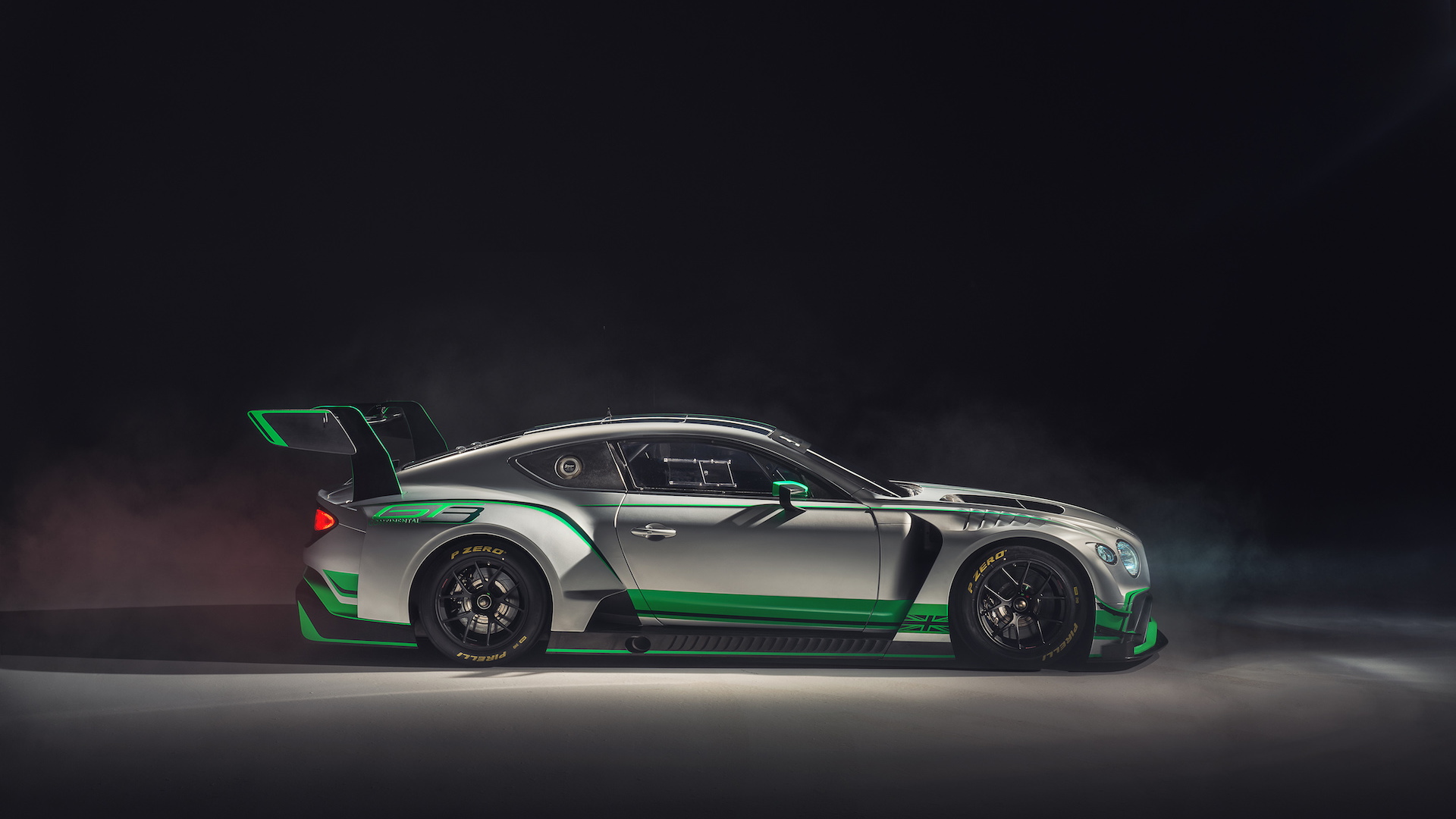 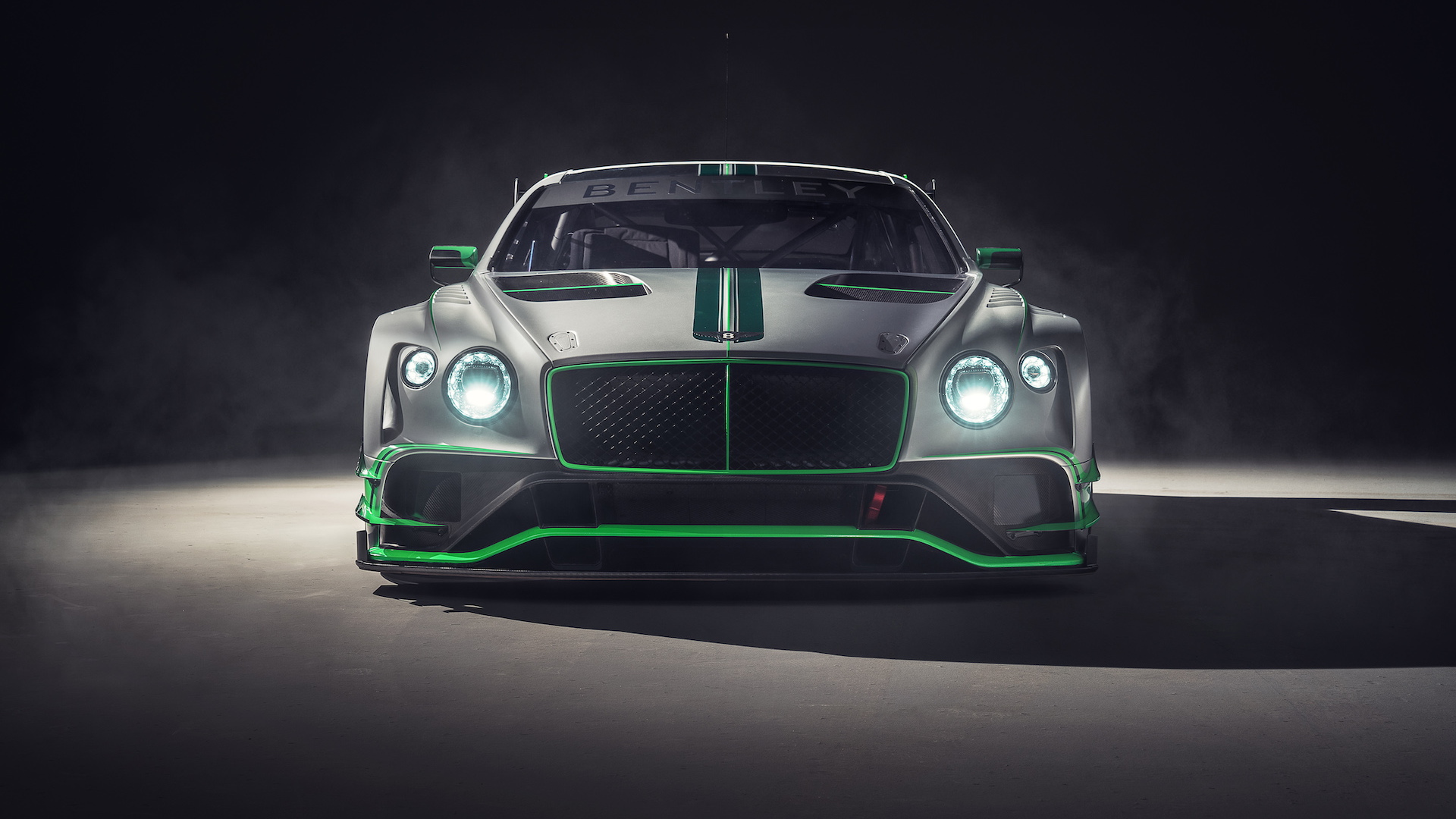 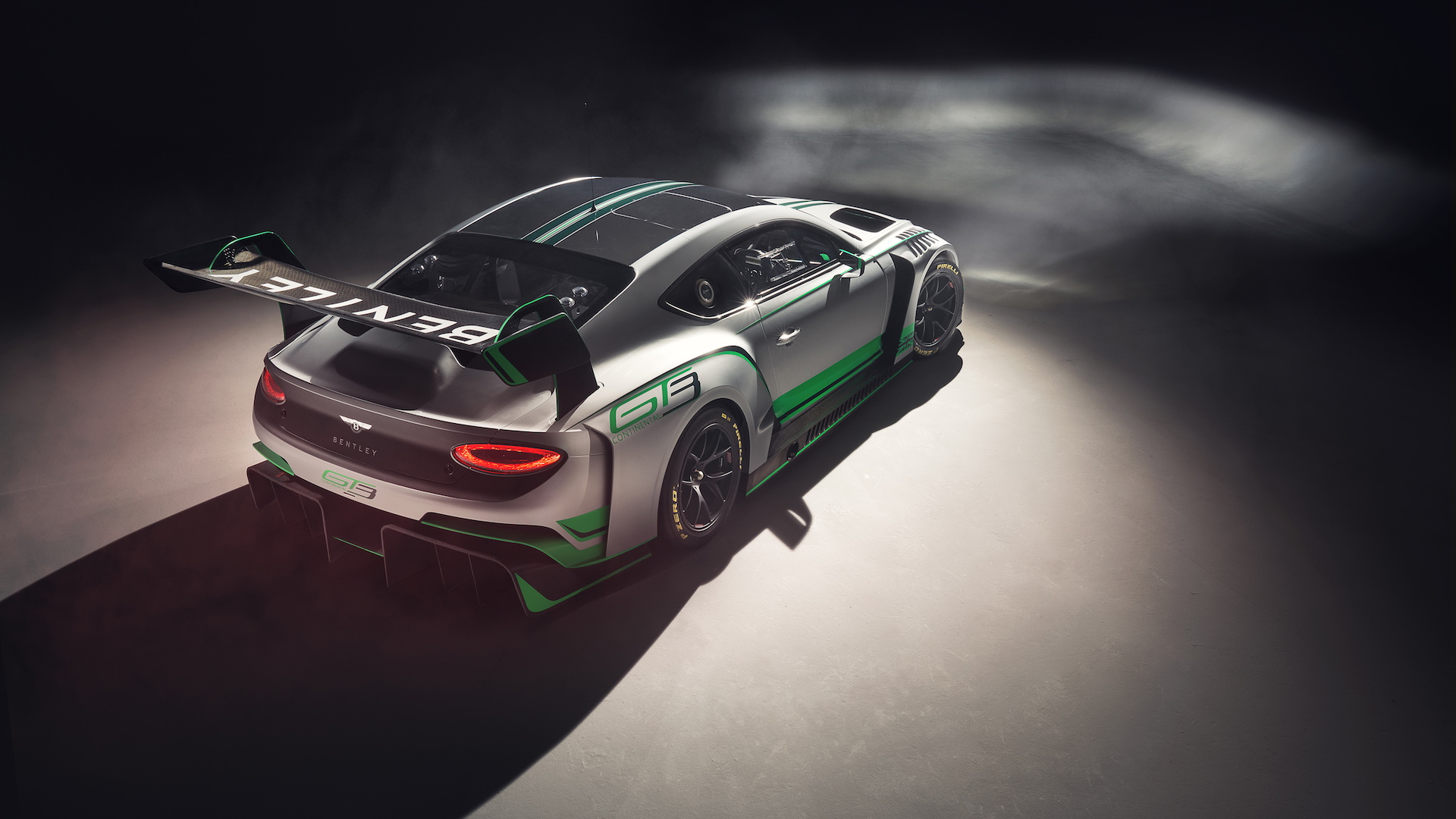 The second-generation Continental GT3 follows the first-generation car's banner run with 120 podiums and 45 victories to date. Bentley Motorsport’s in-house team based in Crewe, England, and its motorsport technical partner, M-Sport, worked to enhance the new race car with many of the improvements found in the road-going Continental GT. These include the mostly aluminum structure to keep the race car's weight well below 2,800 pounds and new development for the brand's 4.0-liter twin-turbo V-8 engine. It also means the new race car looks really, really good because the 2018 Continental GT is rather stunning. We used the phrase "agonizingly gorgeous" at the road car's debut.

Bentley Motorsport's new engine benefits from a totally redesigned dry-sump oil system, Cosworth engine management, and all-new intake and exhaust systems to deliver over 550 unrestricted horsepower. A 6-speed sequential gearbox routes power through a carbon-fiber driveshaft and to a limited-slip differential. On the suspension side of things, Bentley employs a new double-wishbone setup at the front and rear complimented by four-way adjustable racing dampers. A carbon-fiber front splitter, rear wing and body panels aid in keeping weight down while increasing the race car's aerodynamics. Finally, the Alcon braking system is all new and exclusive to the Continental GT3.

As mentioned, Bentley is looking to repeat its successes in the Blancpain GT Series Endurance Cup, where it won this year. It will also run the new Continental GT3 at in the four-round Intercontinental GT Challenge. Look for the car's race debut at Monza next year during the opening Blancpain GT Series Endurance Cup round. Oh, and private customers can buy one, too; Bentley will begin customer deliveries next year.