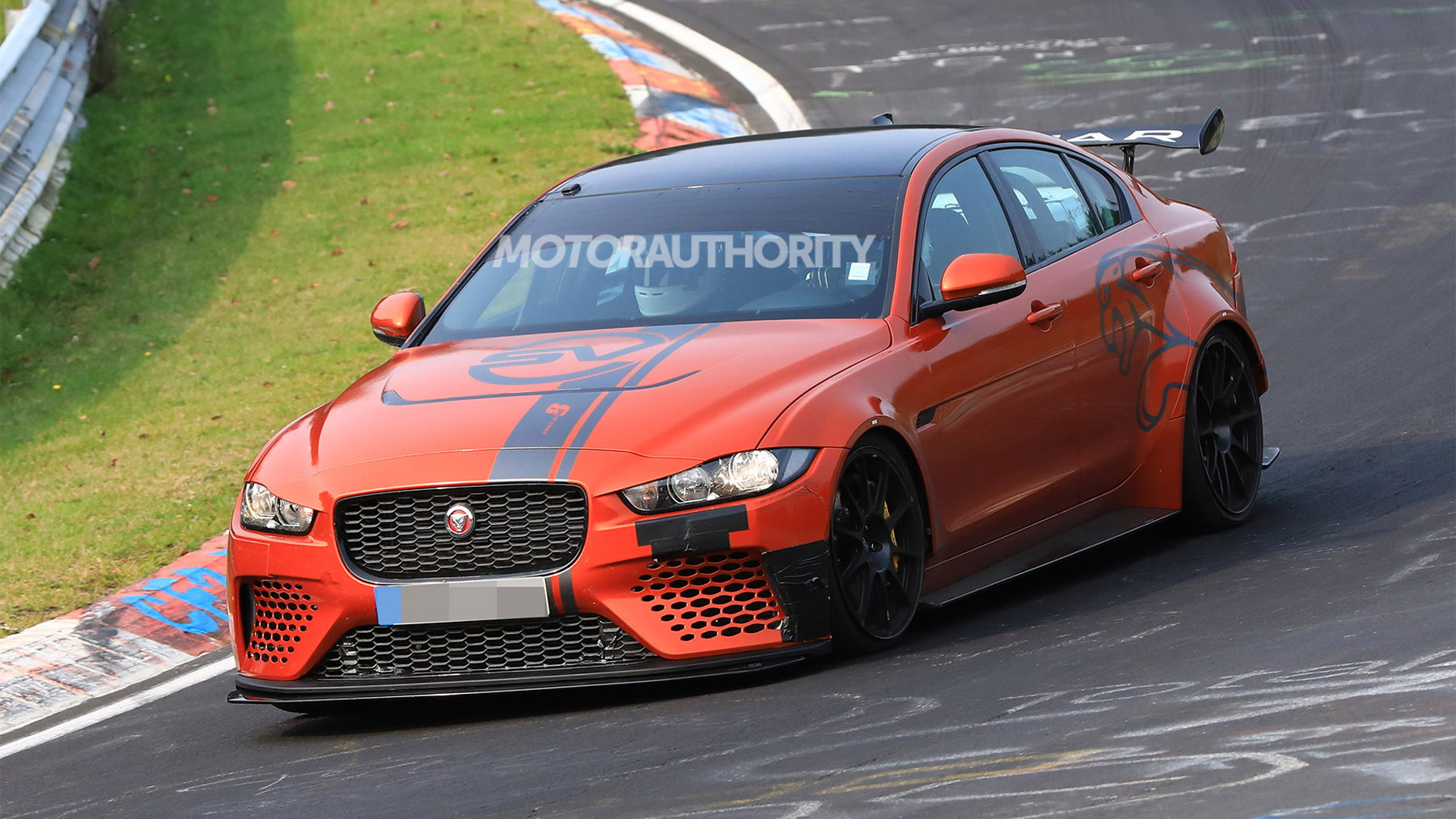 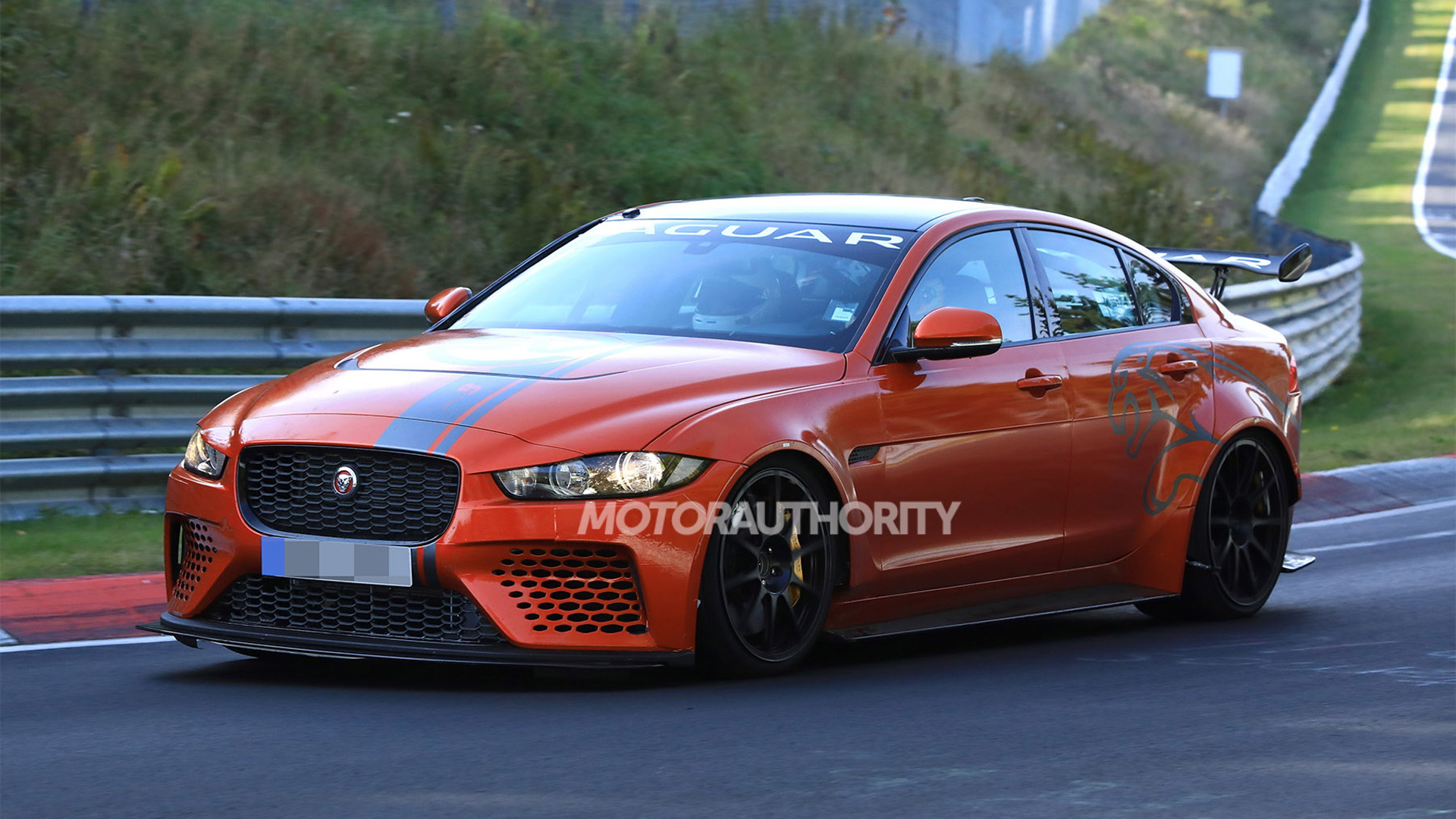 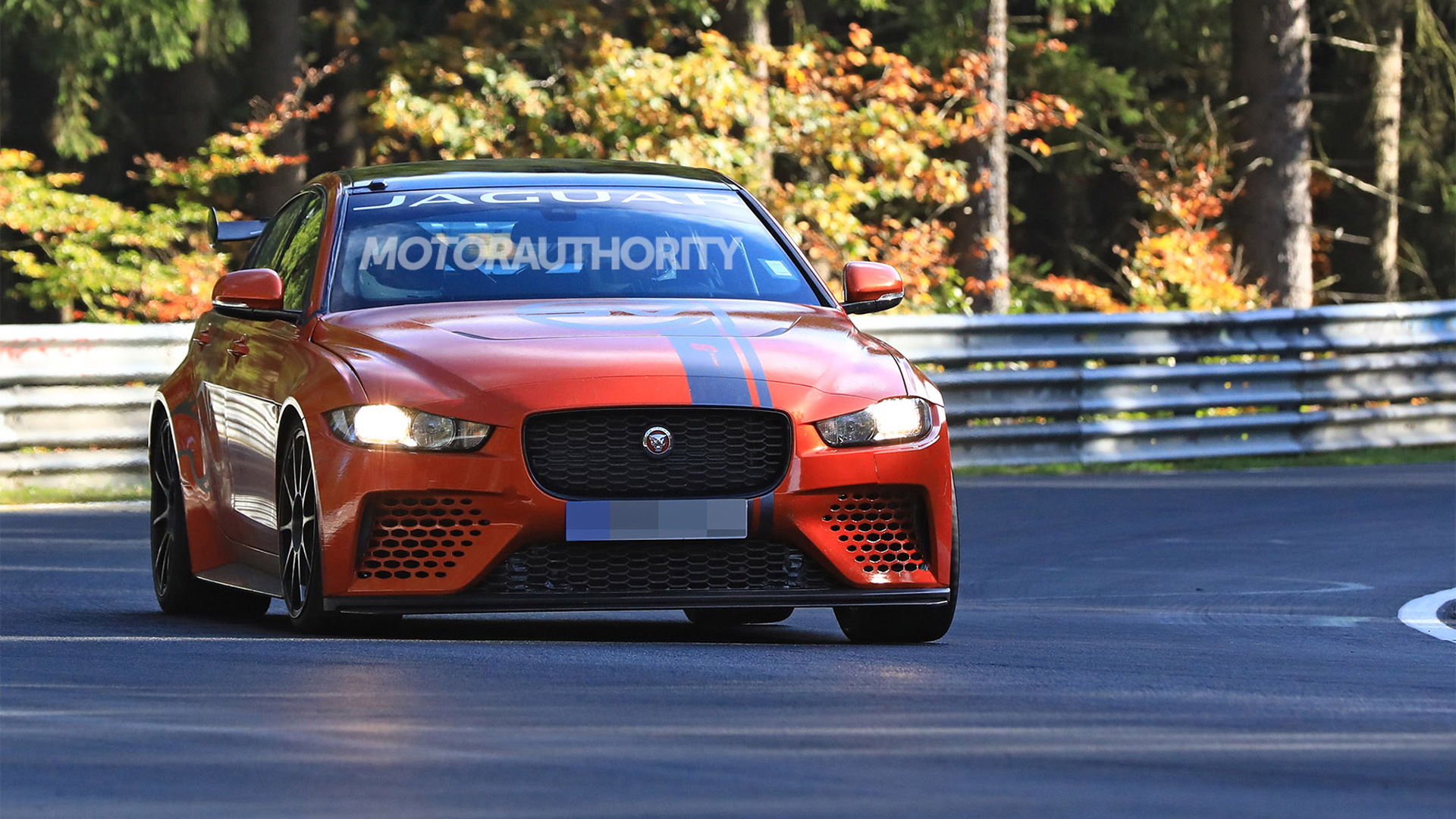 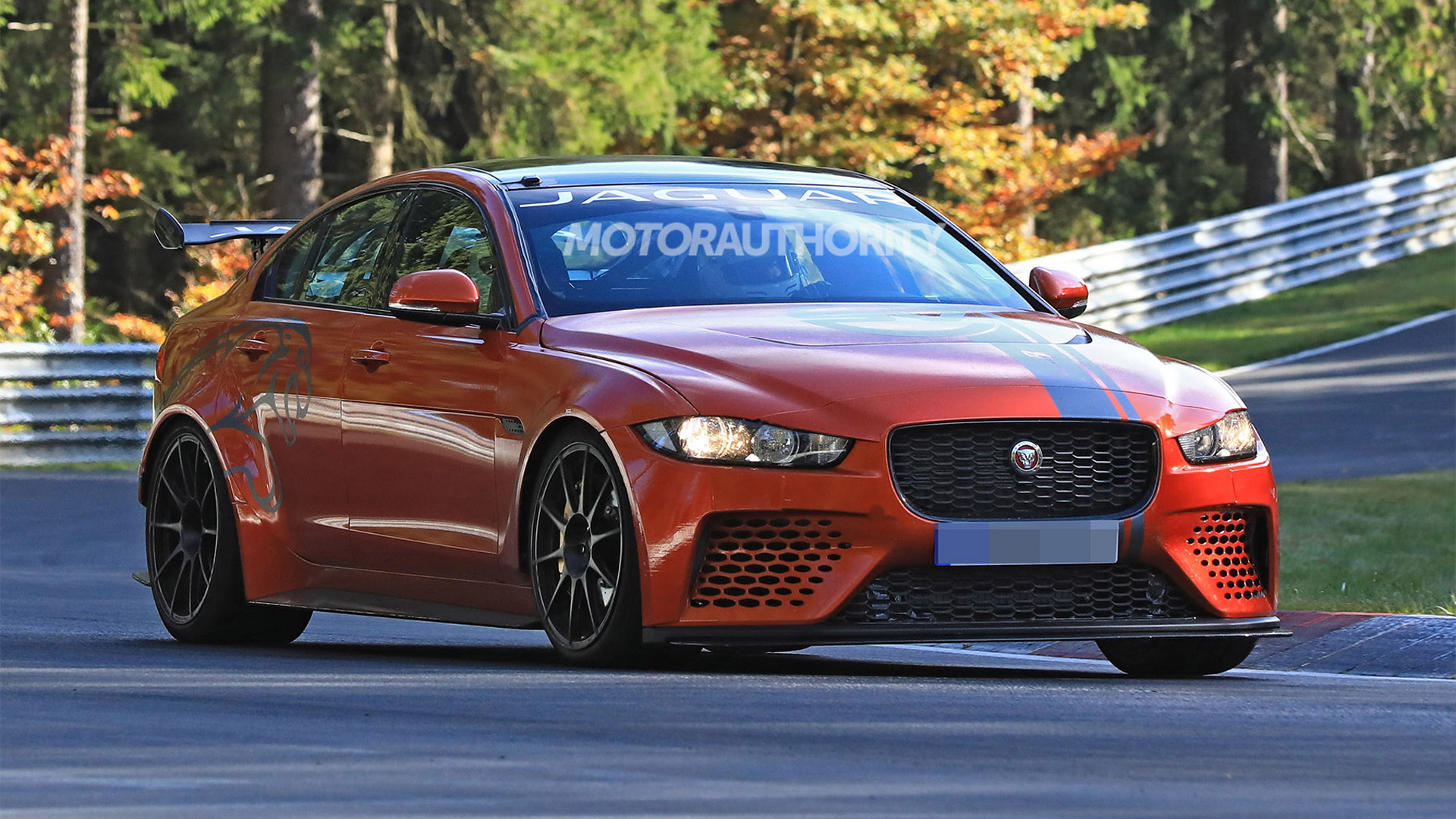 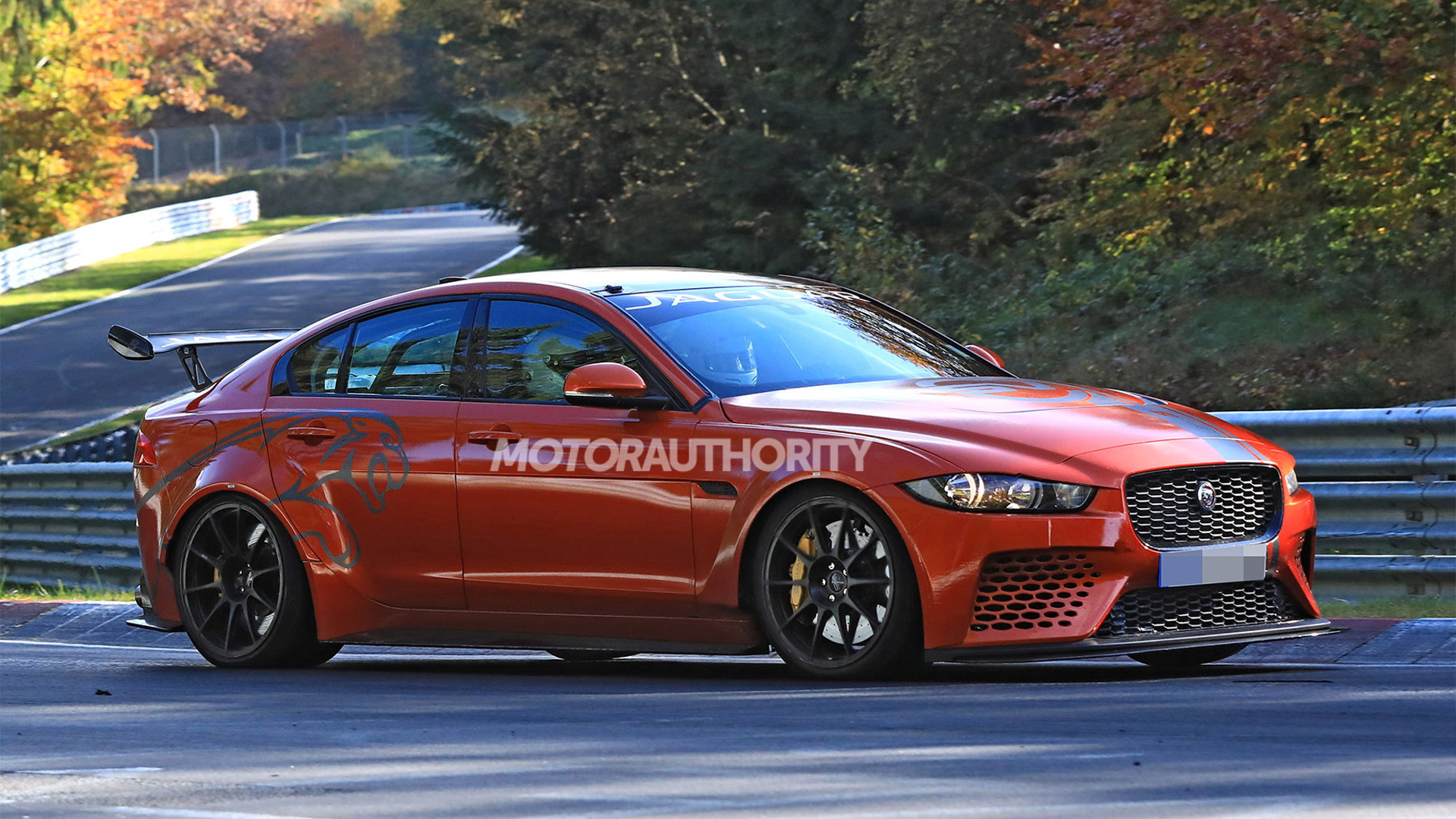 Jaguar this week was out testing its limited-edition XE SV Project 8 at the Nürburgring.

Since the car has already been revealed—it was formally presented during June’s 2017 Goodwood Festival of Speed—there are suggestions Jaguar might have been attempting to challenge the outright Nürburgring record for 4-door cars.

The current record is the 6:57.5 set by the highly modified Subaru WRX STI Type RA NBR earlier this year, though the Subaru is a one-off that isn't street-legal. When it comes to production 4-door cars, the record is the 7:32 set by the Alfa Romeo Giulia Quadrifoglio in 2016.

Jaguar plans to build 300 examples of the XE SV Project 8 and the price tag in the United States is expected to be around $192,000. Sure that's steep, but this isn’t just an XE with a body kit. The car is built by hand by Jaguar Land Rover’s SVO division and many of its internals are unique. The modifications to the standard XE are so extensive that the headlights needed to be moved and the nose of the car brought forward.

Under the hood sits Jaguar's familiar 5.0-liter supercharged V-8, tuned here to deliver 592 horsepower and 516 pound-feet of torque. This is the engine's highest tune yet and makes the XE SV Project 8 the most powerful Jaguar road car to date. Jaguar says the 0-60 mph sprint happens in just 3.3 seconds and a top speed of 200 mph is possible.

Hopefully we have more details on the car’s performance at the ‘Ring soon.