Mazda is committed to the rotary, though whether the unique engine design is used to directly power a sports car or serve as a range-extender for an electric car remains to be seen.

Mazda has hinted at both options in recent years but so far has tended to flip-flop between the two.

Now, though, a senior Mazda executive has hinted that both options could be on the table.

Speaking with Automotive News (subscription required), Mitsuo Hitomi, head of powertrains at Mazda, said a rotary will “probably” do duty as a range-extender in an electric car. However, he also said a rotary to power a sports car is also being developed. 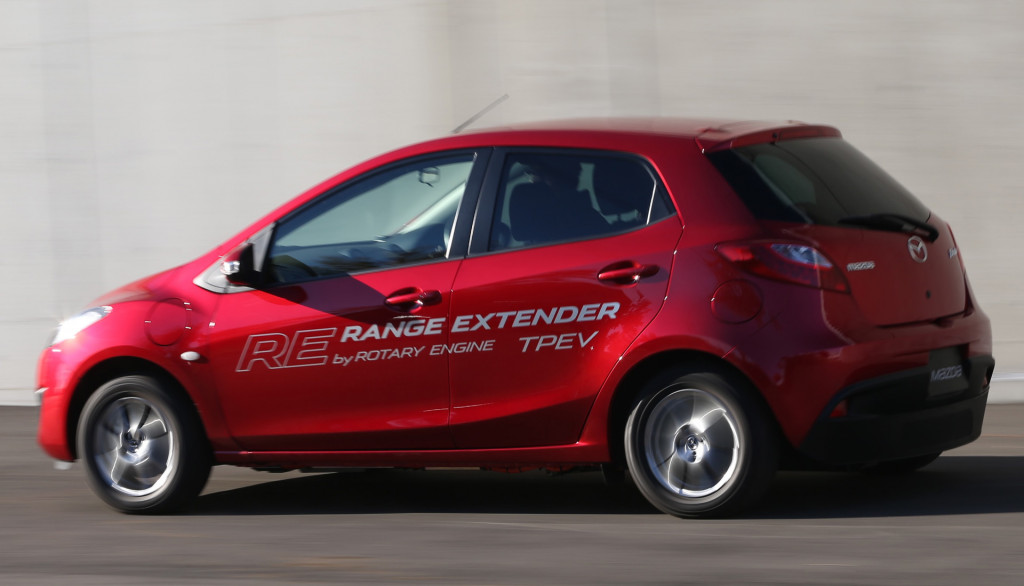 Mazda will introduce an electric car in 2019. Akira Kyomen, who is heading development of the vehicle, told Automotive News that the electric car will come with a range-extender option. Based on Hitomi's comments, it’s possible the range-extender Mazda uses will be a rotary.

Mazda has already shown an electric car with a rotary range-extender, the Mazda2 RE Range Extender concept unveiled in 2013. Its rotary was a single-rotor 0.33-liter unit that with a full tank of gasoline could provide 111 miles of range. On batteries alone the concept could travel 124 miles.

As for a rotary-powered sports car, Hitomi said it wasn’t the technology holding back the car but the business case. Interestingly, this is in contrast to his comments made just a month ago that Mazda couldn’t get its latest rotary engine, referred to as SkyActiv-R, to meet emission regulations.